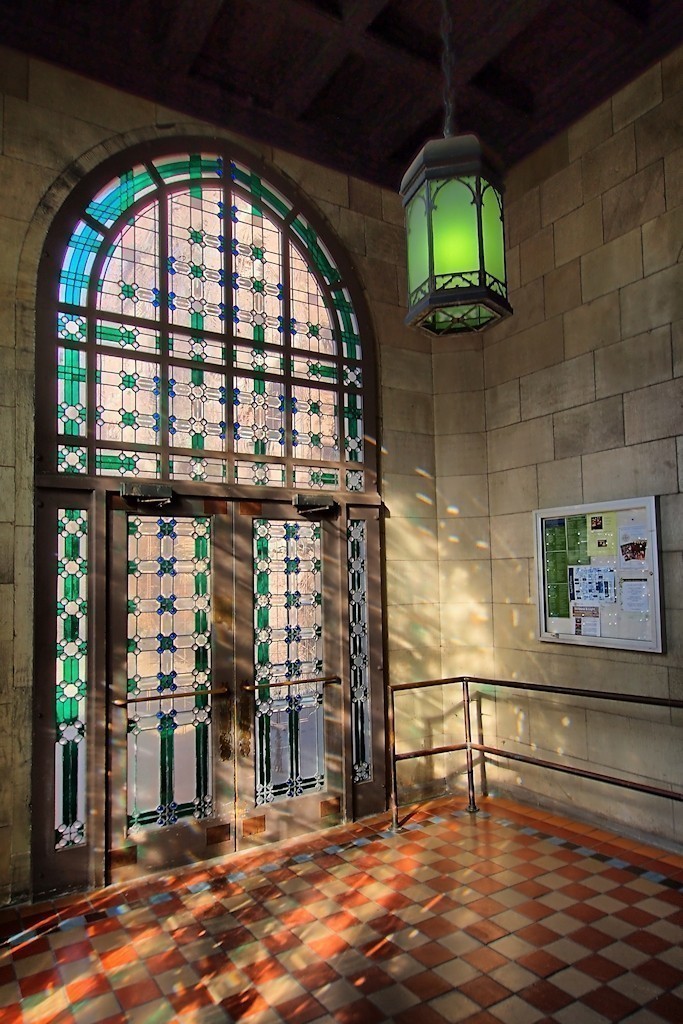 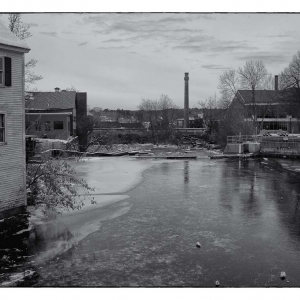 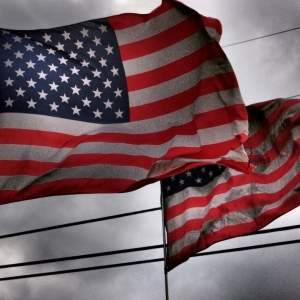 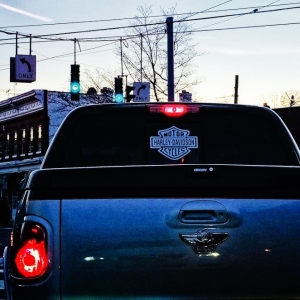 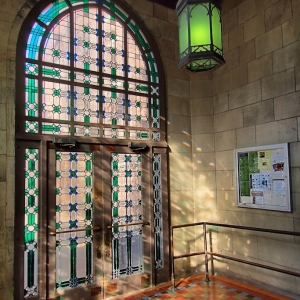 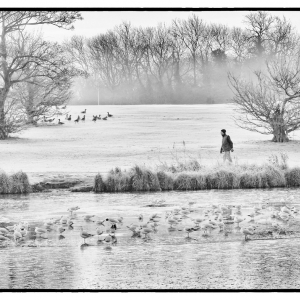 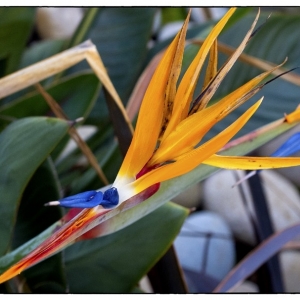 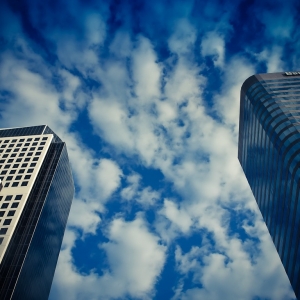 On Day 5, I shot the rear of Battell Chapel. This is the rear entrance. If you look closely, you can see the normal sized doors set in this glass. it is actually massive. there are two of these at 90 degree angles to each other, and here you can see the light thrown by the other door on the floor and wall. This was a difficult shot to get right and I am not totally satisfied, but it's time to kove on from Old Campus, so here it is.

Battell Chapel at Yale University was built in 1874-76 as a Civil War memorial, with funds donated by Joseph Battell (April 17, 1806 - July 8, 1874) and others of his family. The chapel was designed by Russell Sturgis, Jr. in High Victorian Gothic style of rough brown sandstone. It was the third of Yale's chapels and is the largest on-campus house of worship. The Apse Memorial Windows were designed by the architect Russell Sturgis and installed by Slack, Booth &amp; Co. of Orange, New Jersey in 1876. At the top of the center window appears the name of an early benefactor of Yale University, Elihu Yale.

The chapel was built to provide space for daily chapel, which was mandatory at Yale for students until 1926. Built together with Durfee and Farnam Halls at the corner of College and Elm Streets, the chapel was also part of an ongoing program to build up the perimeter of Old Campus and separate it from the rest of the city.
Click to expand...
well done, love the dappled light coming through the stained glass
Lovely, the dappled light adds sparkle to your picture.
I'm coming up there, Seaain!

This is so beautiful and I like the natural feel you've kept - what a great place to be.

The history and artistry throughout this university is astounding... Growing up we used to go up to football games... I would much rather have spent time in some of these wonderful buildings and they chapels, especially.

So far, no kidding, all of the photos shown here except one are from within a three city-block radius. The oulier is at the start of the fifth...
Light, colours, detail and comp all excellent. It looks a tough shot to get right and you've excelled here.
Excellent control of highlights and shadows. Great job in preserving detail in the stained glass. And, of course, beautiful composition.
As said - perfectly exposed and composed.
Can't add much more to what others have said Seeain. Spot-on exposure and composition. And not to be too high-brow....I love the greens in this image!

From the thumbnail I was afraid this would have a strong HDR-oil painting look, but the large view shows my fears were unnecessary - great shot! Indeed the dappled light is magical :smile: