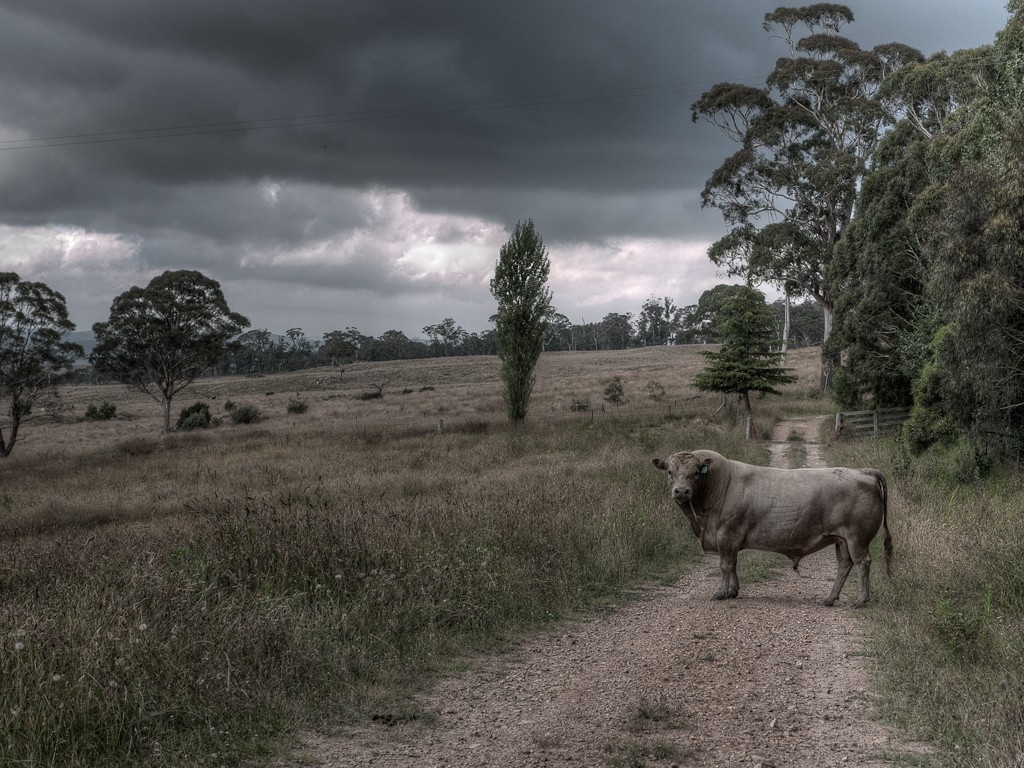 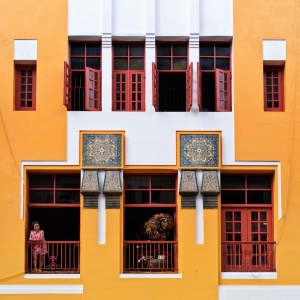 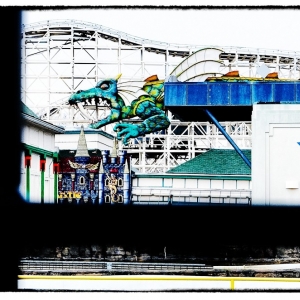 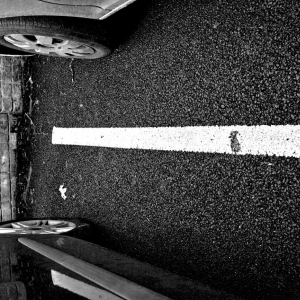 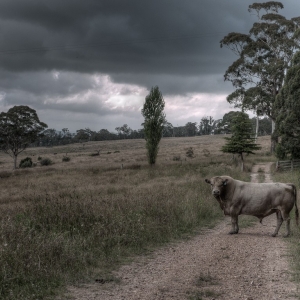 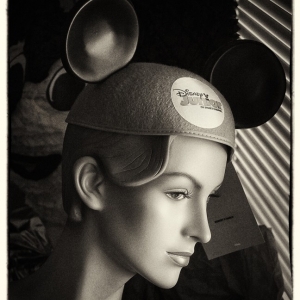 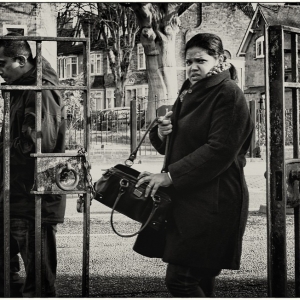 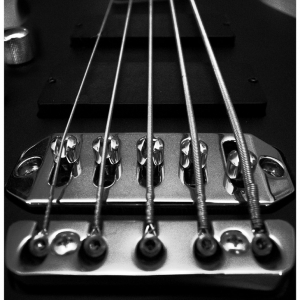 [B] The real deal [/B]
A few days back I showed off my little boy, Sebastian, who fancies himself to be a bull, but here is the real deal.

This is a new addition to the area. He's not ours but our neighbours, who has kindly offered his services. Well I liked the look for him from the safety of the car - as we pass through his paddock to get to our place, but thought a personal encounter would best betray his temperament..and determine if he was the right match for my girls (I am a bit of an over-protective father). Suffice it to say, that he's a real bull and certainly put me in my place straight from the get go...and I was lucky to get this frame...as the rest were quite blurry due to my hasty retreat :blush: He's only small for a Murray Grey bull - being specifically breed as a &quot;Square Metre&quot; - a downsized bull to ensure smaller calves are thrown by new mothers. But, man, he's pretty intimidating when he puts his mind to it! Here he turned just to show me that his hump is huge and he's not to be trifled with.

Well I actually was going to post a straight landscape from yesterday, but after hearing Ray Sach's podcast about preferring to have something animated included a composition, I thought I'd see if there was something in what they all agreed.

Finally, I've been quite inspired by Seeain's (woof's) Yale series and so tried to emulate his subtle tone mapping. Hope it worked....and that Seeain understands that imitation is the highest form of flattery.
Click to expand...
there's one guy I'm not gonna pick a fight with! He sure achieves his goal of looking intimidating!

I like the composition, and the PP'ing worked out really well! the atmosphere seems simultaneously cold and brewing... and almost as threatening as the bull!

In short, great shot!
Gorgeous shot. The processing is otherworldly. I like it. That bull is a real beauty. Glad you escaped your close encounter.
I lingered over this a long time before reading the description. Just wonderful. Stories come to mind of walking through an old orchard where there was a wire fence between me and the bull, and kind of laughing at him and taunting him a little until I realized that the fence was no longer there, and that 15 yards is a long way in football but not in a bull's orchard. That story ends with me in an ancient apple tree waiting for the bull to get bored and leave long enough to make a dash for the real fence 50 yards off...

I did recognize the subtle tone mapping and think it very pleasing. It has just the right whisper of it here and it adds detail and clarity.

And finally, I am indeed flattered. If something I do somehow moves someone to do something or gives them an idea that in turn pleases them and others, then I am at once humbled and grateful. Thanks for that.
He looks so mean. You have achieved an incredible about of detail. You can count the stones on the track (if you want).
Mark, are you saving your strongest shots for the end of the SIJ, because this is a beauty. I'm reasonably happy to trust our local South Devon bulls (they are permitted in a field with a public footpath through it), but that guy would certainly make me turn round and beat a retreat, as slowly as I could, particularly as there don't appear to be any cows to divert his attention.
A really great shot in all respects, composition, contrast, saturation are all absolutely spot on.

Barrie
Great PPing and he looks to be a mean customer.
substantial, a feeling of heft and solidity
Amazing photograph and outstanding processing.
Loved this the moment I saw it - which was over on Flickr, first.

This one, your close up of Sebastien's head and that one of the "Dozers" are three of my favorites of yours, though I'm sure there are more.

I don't know about "tone mapping" but I know what I like and that is this portrait. Again, I sense an oil painting feel...lovely, dark, almost a Rembrandt feel...

You should get two prints made - one for you and one for neighbor...this should ensure that "the real deal" has many other offers coming is way.

Superb image, Mark!
beautiful shot, love the muted landscape with the stormy sky and intense expression from the bull ,cool