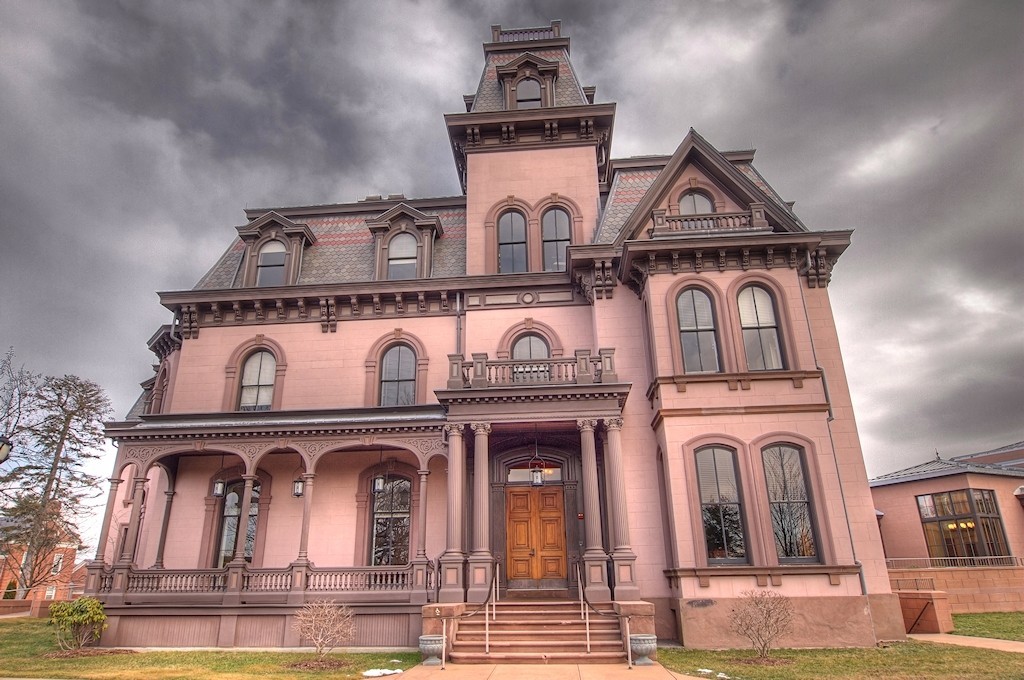 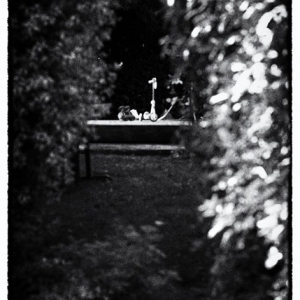 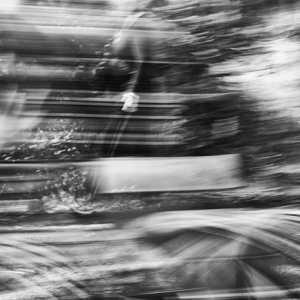 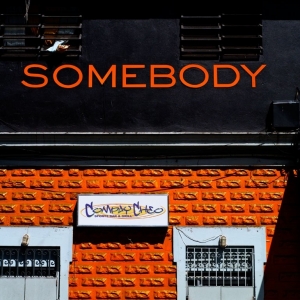 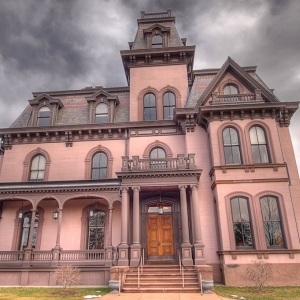 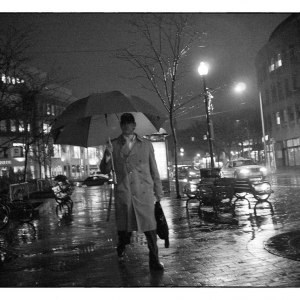 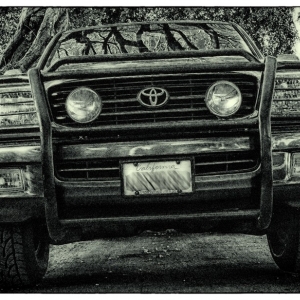 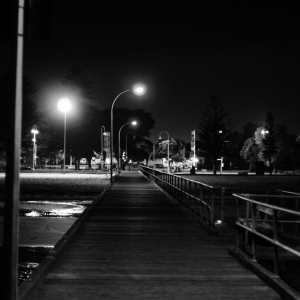 And now for something completely different...

This is the home of the Yale Center for the Study of Globalization, the Yale Office of International Affairs and the Yale World Fellows Program.

The house was designed by architect Henry Austin with David R. Brown in the French Second Empire style. Henry Austin (December 4, 1804 - December 17, 1891) was a prominent and prolific American architect based in New Haven, Connecticut. He practiced for more than fifty years and designed many public buildings and homes primarily in the New Haven area. His works include Dwight Hall, which is the now Dwight Chapel, and which I have photographed in this series. New Haven City hall and the New Haven Railroad Station are among his public works.

The house has 19,700 square feet, and was built for John M. Davies, a partner at the New Haven-based Winchester Repeating Rifle Company. The factory is within a very short walking distance down the hill. The house stands on the Prospect Hill Historic District and is listed on the National Register of Historic Places. An earlier neighborhood of large Victorian estates in the southern part of the district between Prospect and St. Ronan Streets, which grew up in the 1860s and 1870s, has largely disappeared. This neighborhood included the houses of such notables as Eli Whitney (Yale, 1792) and Oliver Winchester.

The Culinary Institute of America eventually outgrew its New Haven home and moved to Hyde Park, NY. Yale University bought the property in 1972. Yale purchased the house and the land surrounding it with the intention of making use of empty land in an area that was rapidly being built up with university properties. What is fact is that Yale did little maintenance on the house after its purchase, using it as a storage building. Yale moved to demolish the house in 1980 and preservationists fought against the move. 200 people rallied in front of the secretaryâ€™s office just before Yaleâ€™s announced demolition date of March 31, 1980. The group included representatives of the Connecticut Trust for Historical Preservation, the State Historical Commission and the New Haven Preservation Trust. Just about everyone who cared about preservation was represented. At the last moment the deadline was extended, and in July of 1980 a development proposal was accepted.

In 1990 there was a fire that caused considerable damage to the house. The producers of the Addams Family movie thought it was the perfect house for Gomez and Morticia and an offer was made to use the property and restore it. The offer was refused. Finally, in 1998 an agreement was reached between Yale and the preservationists to preserve four historic buildings including the Davies Mansion. The exterior of the mansion was restored by 2000. In 2001 Yale alumni Roland Betts donated five million dollars toward the renovation of the Davies Mansion.

[Much of this material comes from the excellent article here: http://genealogygals.com/blog/?tag=betts-house]

Sorry so different. I tried to process this in a manner befitting the attempt to make this the Addams Family mansion. Today was quite rainy and foreboding, and I had this on my shot list for just such a day. The issue with that kind of thing is that you actually then have to GET the picture...
Click to expand...
cool shot but for some reason it reminds me of the Noman Bates home in the movie Psycho
This house has quite a history and thanks for sharing that with us. The pink tone is a bit other-worldly to my eyes.
eerie sky and warm colors, nice juxtaposition
This one caught my eye right off the bat, Seaain. Such an interesting story behind this house...from repeating rifles to a spurned Adams family movie to preservationist protests - thank goodness Yale finally saw the error of their ways!

I like the creepy factor with those glowering clouds...and the strange light colored pink...and the various windows with their half pulled shades... It certainly doesn't look inviting, but it's an eye catcher and I'd love to go inside.

Thanks so much for this one, Seaain!
I've absolutely loved this series Seeain and this image nestles amongst them beautifully.

I've praised your processing, but again have to say how befitting it is for this subject matter. I find the top area with the attic windows, roof tiles and sky simply breathtaking. The tones and general feel - especially of the patterned roof tiles - are simply exquisite!
I like this, you nailed the Adam's Family look. Would be interesting to see it in black and white too.
Interesting history. I think you got the Addams family look that you are after, that's the first thing I thought of when I saw the thumbnail, "Wait..isn't that the Addams family mansion?? "
that color is just atrocious (to me)....I think I'd LOVE it in black and white. Great shot and processing.
Great pov and it spooks me with the psycho resemblance too.