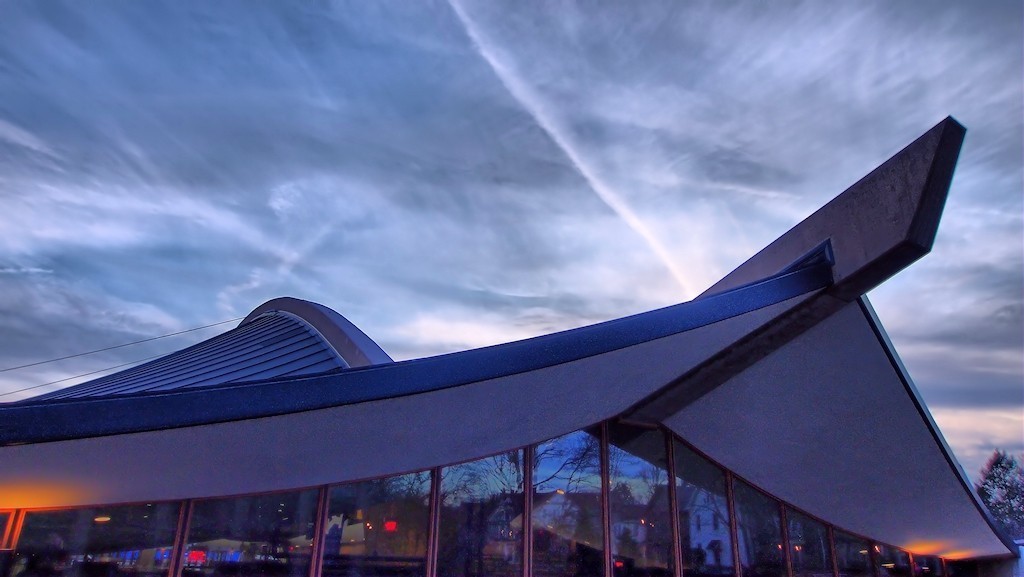 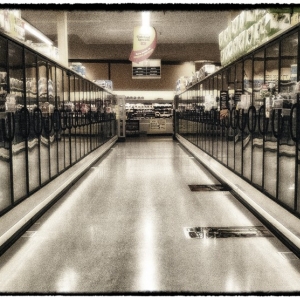 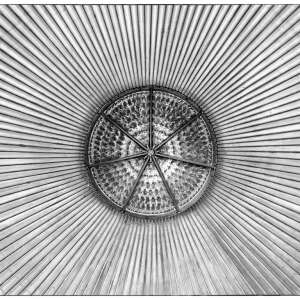 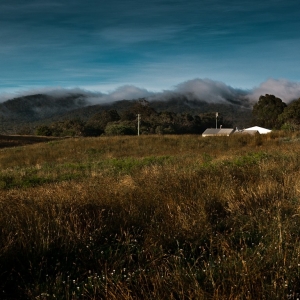 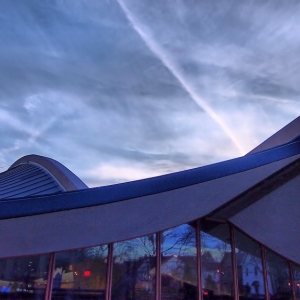 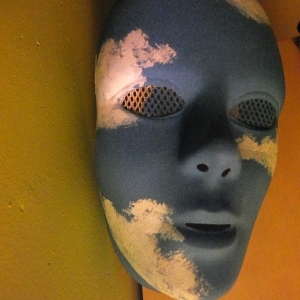 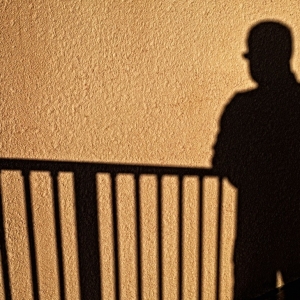 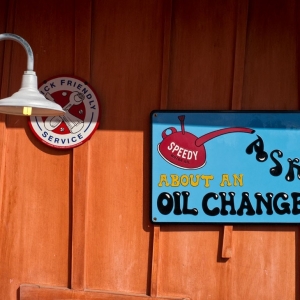 Designed by architect Eero Saarinen and built between 1953 and 1958 for Yale University, it is commonly referred to as The Whale due to its appearance. The building was constructed for $1.5 million, which was double its original cost estimate. It seats 3,500 people and has a maximum ceiling height of 23 meters. The building is named for David S. Ingalls, Yale class of 1920, and David S. Ingalls, Jr., Yale class of 1956, both of whom were hockey captains. The building was included on the America's Favorite Architecture list, created in 2007 by the American Institute of Architects.

The rink employs an innovative structural system in which a 90 meter reinforced concrete arch, from which a cable net is hung, supports a timber roof. This causes a stable, double curvature form. Exterior cables linking the arch directly to the outer edges of the roof were added during structural design development. These cables address forces caused by asymmetrical wind loads. Fred N. Severud was the structural engineer for the project.
Click to expand...
I'm really enjoying your architecture series and accompanying explanations. Really like the whale with its shapes and lighting.
This is a great series woof, well fitting the SiJ vehicle.

The sky in this photo is enough in, and of, itself. Superb! Like the architecture too - and that 9-18mm is really coming into its own here. Must say that with this particular structure, I am seeing a little of Sydney's own Opera House....
it is a great series
I agree, This is arrest way to learn more about the architecture around Yale. I'm really enjoying your series.
An unusual and interesting building, complimented with such a beautiful sky.
This is very beautiful.
Looks like a very interesting building, your photo makes me want to see more of it. Great shot!
I like the light and colour. I'm reminded more of a spaceship from Star Trek than a whale though.
Thank you all very much. I worked through lunch yesterday. So at 4:00 PM, near sunset, I went out knowing that the light would not hold for long. I had shot this building off an on all week and gotten nothing.

I worked very hard at this. Mostly, even with the LVF it was hard to line this up. A great feature here would be a feature that would allow you to boost the "exposure" without boosting it in the camera so that you could see more of the details of what you are lining up. Post processing to bring out the details also resulted in high levels of noise, something that I cannot completely eradicate here. I did not try any dedicated tools for this. perhaps it would be worth a go.

I also should have used a tripod. This was hand held.

SO... As a perfectionist, I can pick things out here that I do not like. On the other hand, this building is photographed constantly, and I've never seen anything quite like this. I am pleased at that level. I have this friend who once told me that everything has been photographed, or there is something like it that has been photographed, and therefore nothing is worth photographing. In other words... it's been done. I keep this in the back of my mind. I try to make him eat his words a little. On the other side, I try to take the stance of the architect and find something I think would please him or her. This comes close to meeting these goals...

Some time back I discovered that interesting skies are one key to drawing folks in to architecture photos. This hammers that lesson in for me. Thanks again. I really appreciate the encouragement. Long, long way to go on this challenge. There is enough material here at Yale. The challenge will be to make it interesting.
Wow! Stunning, Seaain - and you certainly produced this beautifully. Great eye, spectacular image.