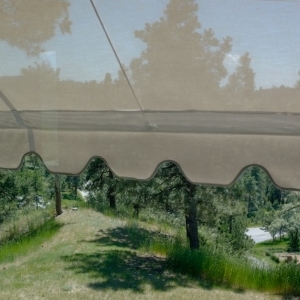 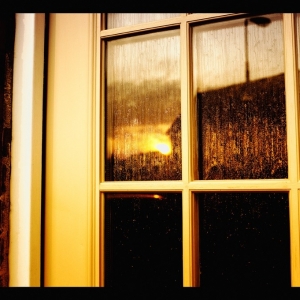 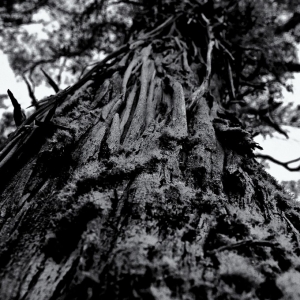 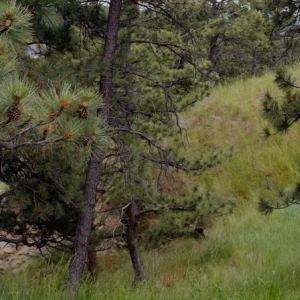 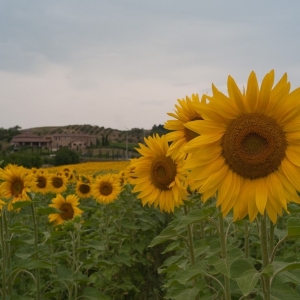 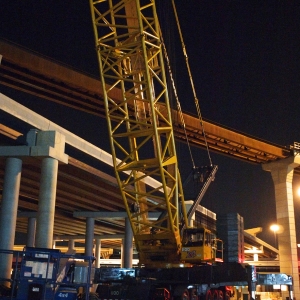 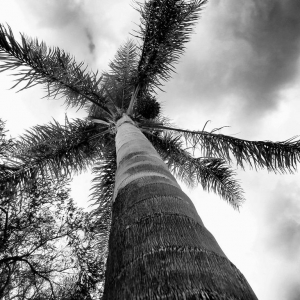 Ruth Bernhard, I believe, said once that &quot;No one should photograph anything that's more than 150 yards from their bed.&quot;

Not sure I agree, but this as about half that distance from mine.
Click to expand...
Nice view from your bedside then I'd say

I like the various leans on the trees....
If this was 150 yards (or even 200) from my bed, I would be over the moon.
Nice composition and the cones really jump off the page.
any bears?!!
Ruth Bernhard obviously did not live in the midst of a modern housing development built by Wimpy (the house builder, not the fast food chain) and neither do you. You have a great view from your bedroom, welll captured.
I saw a young cougar charging up between these very trees at an amazing speed a few years ago. When it saw me it turned on a dime and raced back down the gullley at the same breakneck speed.

A few years later I saw a larger one, or the same one more fully grown, a half a mile east of here. I was on a macadam road, coming downhill from an early November morning walk, wearing a fawn colored duffle coat and mittens and the rising sun was at my back. I spotted it about a hundred and fifty yards away, but couldn't tell what it was at first. It was curious about me. too, and cautiously made its way toward me. I suppose it was stalking me, but all I could think about was, "Wow! That's a puma! I've seen a puma!! (which is what they were called in Southern Ohio when I was growing up, though we never saw any.)" I was so excited! At about fifty yards it paused for a longer moment, crouched low to the ground, looking intently at me, assessing, I suppose, if I was edible and whether it could take me or the other way around. Finally it broke off and ran past me up the hill along a sunken gully that ran parallel to the road. I suppose at its closest then it was 25 or 30 feet away. It was really something!

It wasn't until after it's past and I'd started on down the hill that I though, "Maybe I ought to check my six after all," but when I turned to look back it was nowhere to be seen.

As for bears, our neighbor across that road keeps horses, and he had to call the authorities to remove a small black bear that had wandered over the ridge dividing his property from the wild lands of the northern corner of the Crow Indian Reservation, but I haven't seen any around here myself.