An incredible photograph. As is the accompanying story.
Thank you for sharing them both.


Matero said:
I gave thoughts for this for long time, but decided then to be courageous and share the story. This picture relates to crazy year 2015 when it seemed that nothing is enough. It started with heart attack of my uncle, and he couldn’t be saved, resulted brain injury and waited just unconsciousness the last moment in hospital. I decided to visit him to say goodbye.

When I was packing my car to drive to hospital, my mother called. We had talked that I’ll visit the uncle and she would join to say farewell to her brother. But it wasn’t that, why mother called. She called because daddy had taken to the very same hospital in the night, brain stroke. So they were there in the same hospital, two buddies, my dad and his brother in law. And my uncle did last favour for my dad, unless he wasn’t in the unconscious state after his heart stroke in the hospital, my mother would have been travelling with her friend, and no one would have helped my father and I had lost him, too.

The reason for my father’s stroke and other symptoms with the bad memory already for long time found out to be the blockage in the veins in the neck. The veins in the neck area were 90% blocked and brains were suffering constant lack of oxygen, dammed. No wonder his memory did tricks and personality changed.

This picture is mid of the hospital round. Day after operation where they opened the neck on the right side, took out the veins, cleaned and filtered the blood, and sewed everything back together. And after few weeks they repeated the operation on the left side. Daddy has recovered now a bit, driving again car, but suffering complications of the brain stroke for the rest of his life. But at least he is still with us, which has required multiple miracles during his life, but that’s another story. And the crazy year 2015 did other tricks as well, but that’s also yet another story.

There is something special for me in this photograph. Hard to put into words.
The multiple stories - of your daughter, your wife, and yourself - and what you have been through, together, and separately and, ultimately, together - are quite special as well. It's hard to know what is important when one is in the middle of something - but this photo seems to put many things into perspective.


ionian said:
View attachment 188287
2017 was a pretty crappy year for my young family. I had what can only be described as a mental breakdown at the end of 2016, my wife had been diagnosed with cancer and finances were precarious. The future was uncertain to say the best.

Trying to protect (or at least minimise the impact on) our daughter from our deepest, darkest fears was difficult and exhausting. But we tried to made the best of those moments of sunshine. This picture of my daughter was taken on a trip to the coast at the end of the summer when financial uncertainty was perhaps at its worst.

The reason I love the shot is first and foremost the unbridled and unposed joy on her face. It means so much to me. From a photographic perspective I love the fact that the colour pallette is so neutral adding emphasis to her glasses and smile, and the shallow depth of field reflects the focus we had on our daughter at this time - the rest of the world existed but only on the periphary as we concentrated on that which was most important to us.

I guess it's easy to ascribe meaning to a picture in hindsight but this one has always had a special place in my portfolio. I'm glad to report that my wife is currently cancer free, I have new work and a fresh and healthy outlook on life and my daughter continues to grow into a smart, funny, intelligent and settled individual that we have nothing but pride in. But I still look back at this photo, which hangs above our fireplace, with both sadness and joy.
Click to expand...

Looking at the photo I'd never have thought that he could be her great-grandson. Just goes to show how meaningless the construct of "race" is, let alone the idiocy of assuming that you know anything about a person by judging their skin tone... Are you his father? Really cool family history!

We're in the car on our way back from a meeting when the spotter-in-chief (the better half) says, "Whoa, look at that!" Off to our left is the biggest, fattest rainbow I have ever seen . . . an in-your-face rainbow . . . a rainbow on steroids. "Do you have a camera?" Nope . . . just the stupid camera in the flip phone. We pull into a dead-end side street. I zoom with my feet as much as I can. Click. The lens is wider than wide. I crop out 80 percent of the image. Here it is: 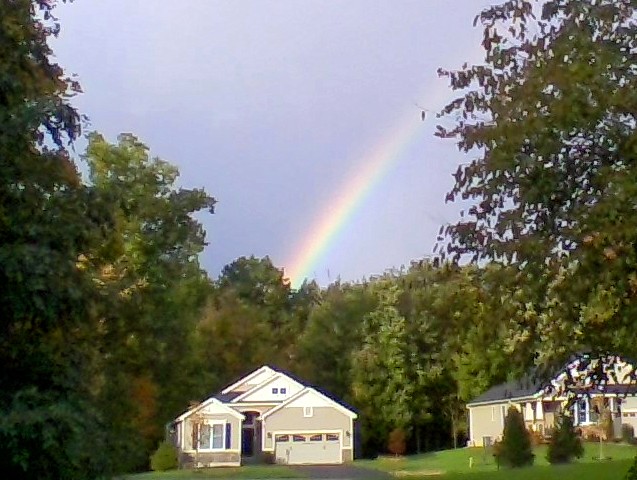 I was at new york in august with my son and we was on the top of the world trade center,we visit a lot of buildings but the world trade was spezial for my son.back at home i was washing my car and my wife crys come in and look on the tv there is a plane into the world trade.i cant believe it but it was real.cant say how many times i look this picture 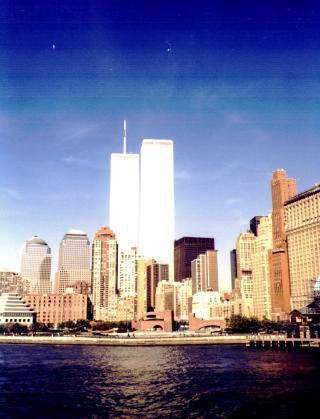 Excellent work, folks. Still have today to get something in. I'll wrap it up tomorrow afternoon (afternoon my time, Pacific US).

I can't tell you how wonderful it was to see these images presented, each framed with such care and dignity. As I said before, there aren't "winners" in an exercise like this. I got what I asked for, and I was asking for a set of images that would be difficult to weigh in on. Thanks for humoring me.

I'm going with this one from Ionain. I've had my struggles too, and I too have a little girl that means more to me than any of my little problems. This hit most of my buttons, which .... is why we take pictures.

Thanks - it is a special photo to me, I'm glad I was able to convey a sense of that to others. I've really appreciated being able to read through all of the other stories, and I think it was a great challenge.

I'll have a think and put up a challenge later today.

Well done Ionian - this image spoke to me strongly too Kyle - a good choice.

Best by far. I liked it from the minute I saw it. Congrats, ionian
M