The first bus of the morning from Totnes to Kingsbridge was not the one advertised in the programme, instead this very smart 1951 Leyland 7RT with Park Royal body built to London Transport standards as a replacement for London trams and now owned by a gentleman in Abbotskerswell, not to far away, turned up. 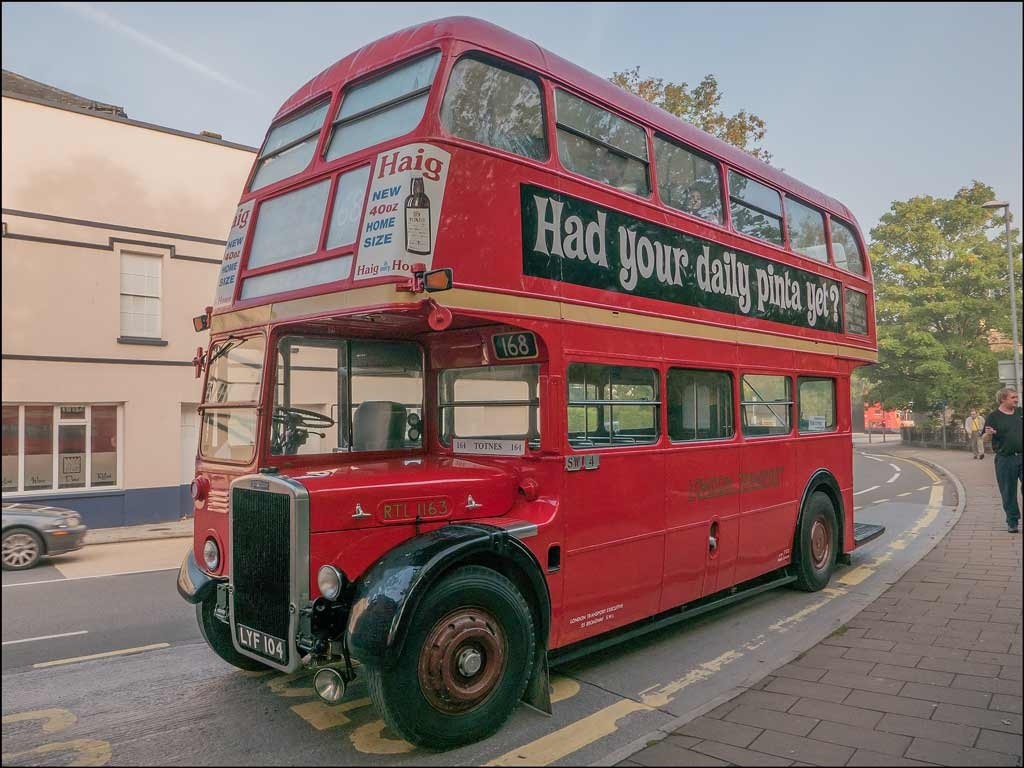 With a pre selector gearbox, so semi automatic, it proved to be a very smooth runner. Once we called in at Totnes station and picked up some passengers who had travelled down from as far away as the north of England there were no seats left upstairs and very few downstairs.

There was also a conductor with the proper type of pre printed tickets in a clip board and a ticket punch. We were issued with tickets of one shilling and sixpence to cover our journey.

In the second picture you can see a slightly bent handle under the steering wheel which is the pre selector gearbox handle, so gear changes were almost seamless.

We were almost reduced to walking pace on the steeper parts of Kingsbridge hill but still managed to arrive in Kingsbridge less than five minutes late over the scheduled time.

This was the second oldest double decker bus in the rally. This 1950 Bristol K6B low bridge model was the oldest double decker in the rally and worked out of the Newquay depot of Western National, seen here outside the Tally Ho depot at Station Yard, Kingsbridge.

As a small child I would have been a frequent traveller on very similar buses with my mother. 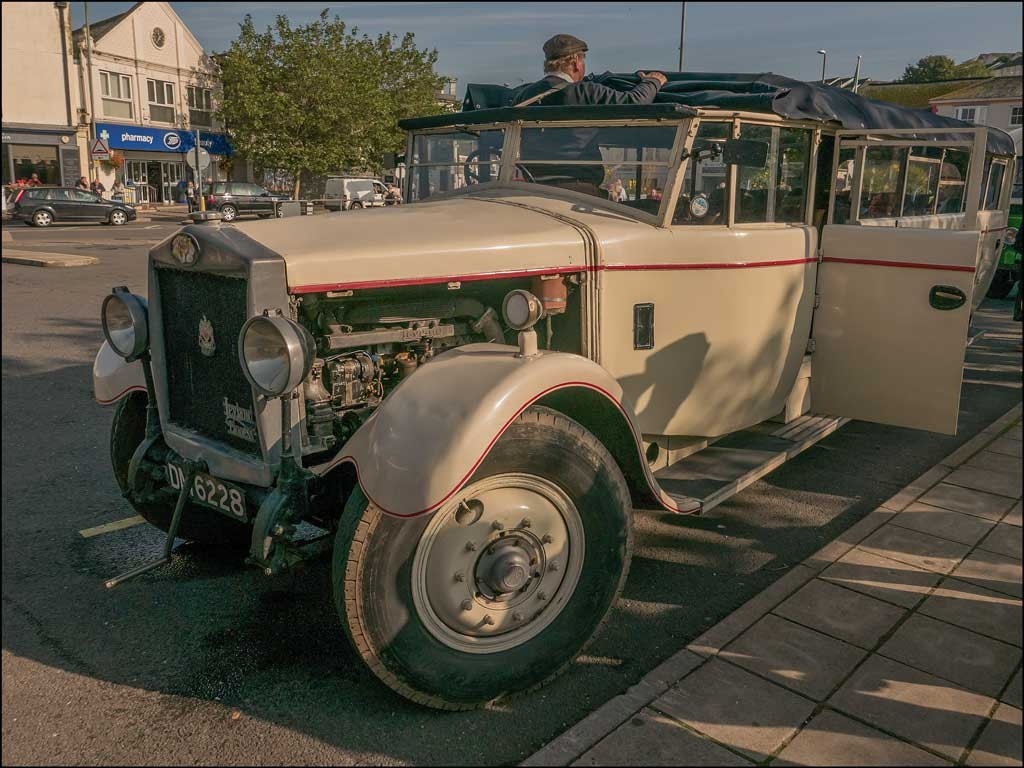 The oldest bus running was this 1929 Leyland Lioness which was alternating between Kingsbridge town services and running to Thurlestone, seen here having its canvas roof rolled back given the good weather. 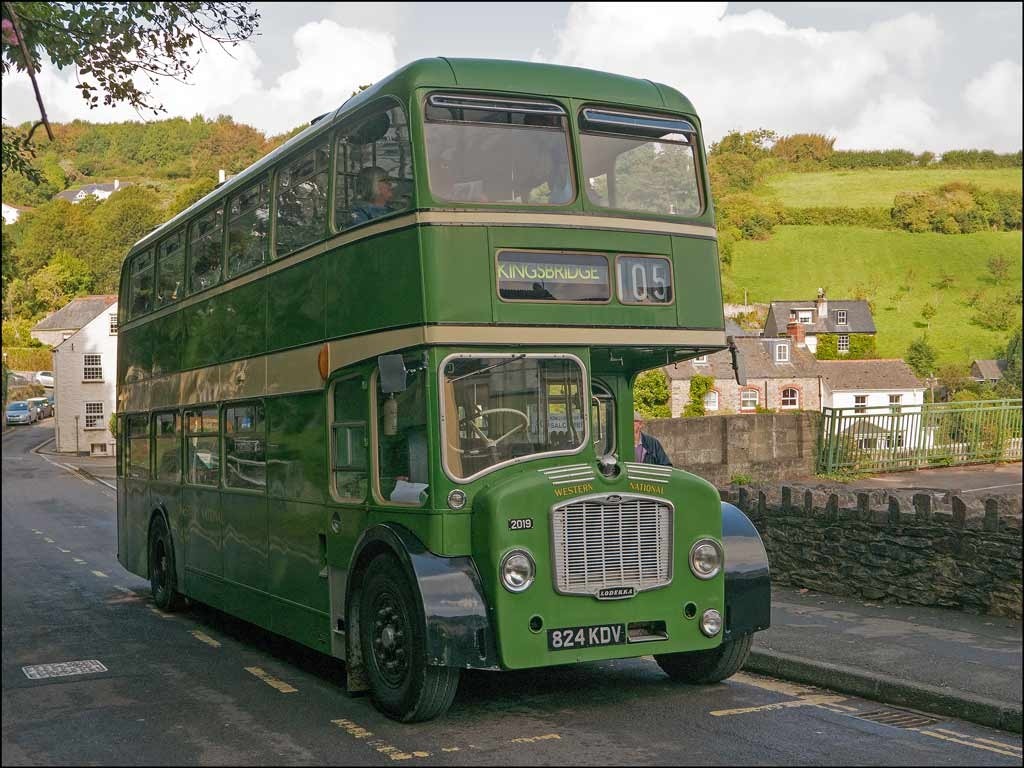 My next trip was on this 1963 Western National Bristol Lodekka FLF6G seen here at Shadycombe, Salcombe ready for the return journey to Kingsbridge. This bus was new to the Totnes depot and was frequently employed on the Plymouth service. Again when somewhat older I would have travelled on similar buses to Plymouth, but by now unaccompanied.

Despite being newer than the London Transport bus this had an all manual gearbox and almost certainly had no syncromesh on first and second gears which means that double declutching is necessary, something our driver was singularly bad at leading to a rather rough start stop journey and being rather late. This is the shot of the interior of a 1946 AEC Regal with Weymann bodywork that had been new to the Exeter based bus company Devon General who's buses I would sometimes see in Plymouth as they shared the duties on the Plymouth to Exeter service with Western National. They always seemed to have a rather exotic air to this small child having come from foreign lands and their double deckers, like the London Transport bus had sliding drivers doors which added to their mystery. 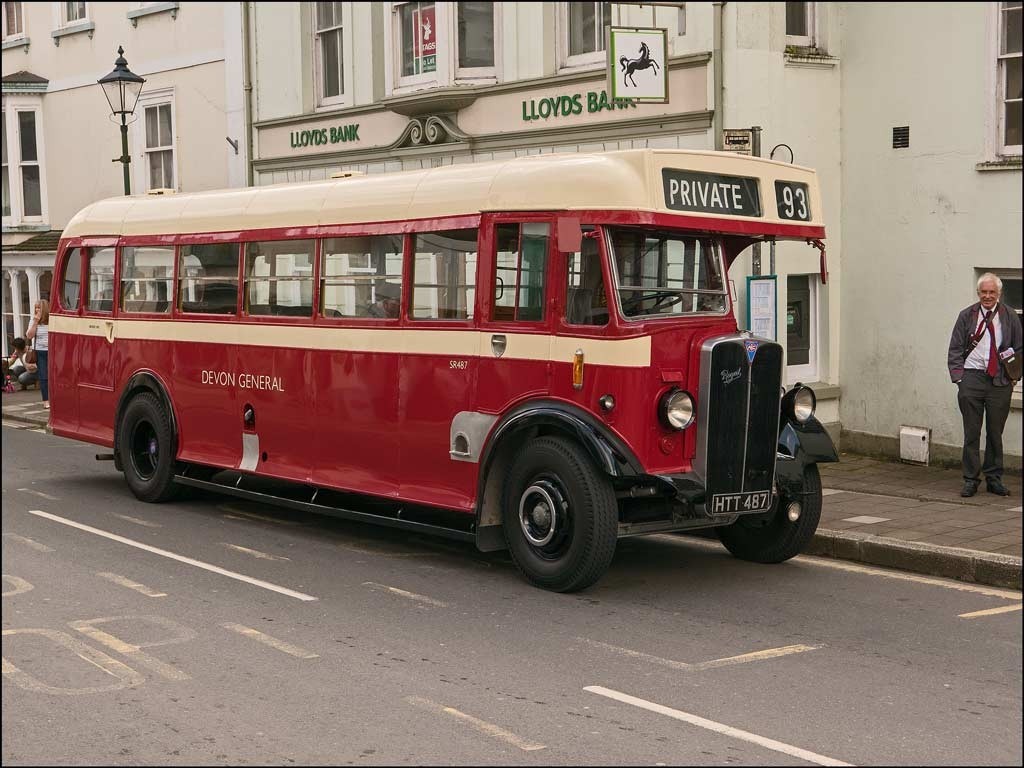 The Devon General ran to Modbury as a 93 service and then changed its number to 92 for the run from Modbury to California Cross and back to Kingsbridge via Loddiswell. Here its seen on a five minute photo break in Modbury. 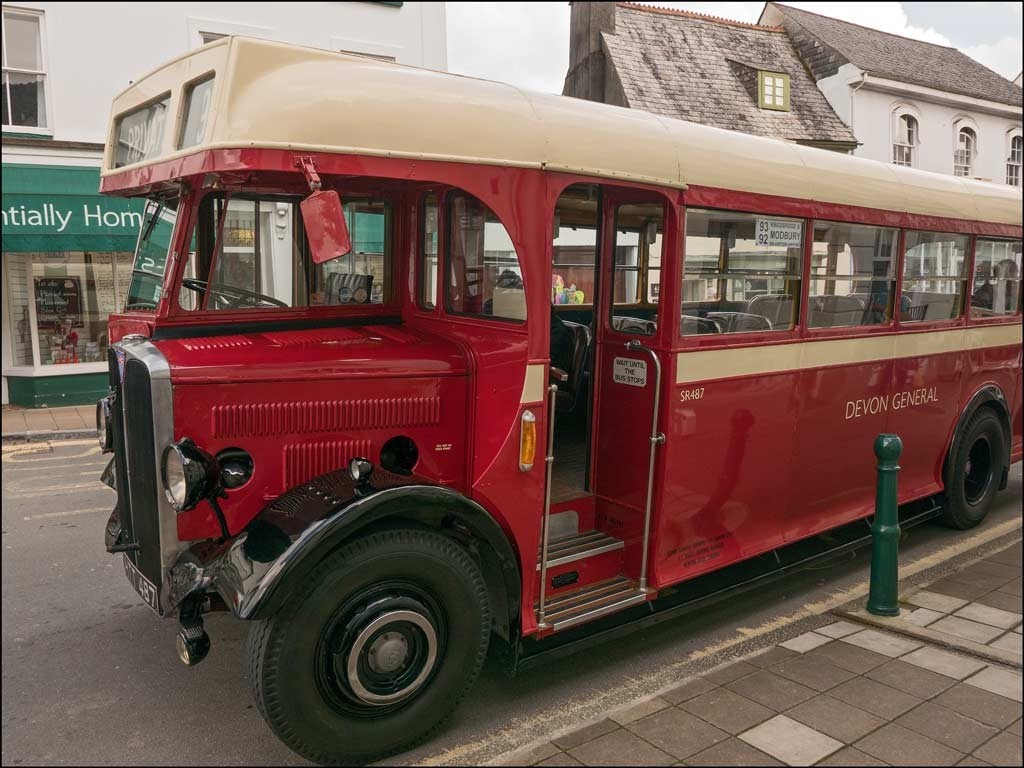 This shows the rather unusual recessed passenger door on these single decker AEC Regal buses.

Once back in Kingsbridge it was time for lunch and chance meetings with people I knew from my time living in the area.

Then I made my final journey of the day on a school bus run from Kingsbridge to South Brent via Loddiswell, Gara Bridge, Moreleigh, Diptford and Avonwick, a rather challenging route. We had several instances of vehicles having to reverse for us on narrow country lanes. Some managed it very neatly and the driver would then doff his peaked cap drawing a huge grin from the car driver. One lady near Diptford had to reverse some distance and was badly zig zagging in reverse down the lane but even she managed a smile after what seemed like 5 minutes of what must have been some embarrassment for her with some of our number behaving like the rowdy school children we were supposed to be.

This is a Bristol SUS (Small Underfloor Short) of which only 25 were built with a further 150 of the SUL, a longer version. By far the majority saw service with Western National for their country routes in Devon and Cornwall, 672 COD entering service at Totnes before transfer to Penzance. The driver was one of the trustees of the organisers Thames Valley and Great Western Omnibus Trust and along with his conductor were the most entertaining crew of the day. Before crossing Gara Bridge he allowed those of us wanting to take photographs to disembark and walk ahead, the shot above shows the bus negotiating the bridge.

Whilst he had been just a minute or two early up to this point, the photo break and the waiting on people reversing in tha later half of the journey on some very narrow roads made him quite late arriving at South Brent.

With an underfloor mounted engine this was the worst bus for vibrations transmitted through the body particularly on tick over.

At one time in the 1970's Western National used these on the Dartmouth to Salcombe service changing in Kingsbridge for Plymouth, but I wouldn't have wanted to go very far in one, small and useful for the local roads but perhaps not terribly passenger friendly. 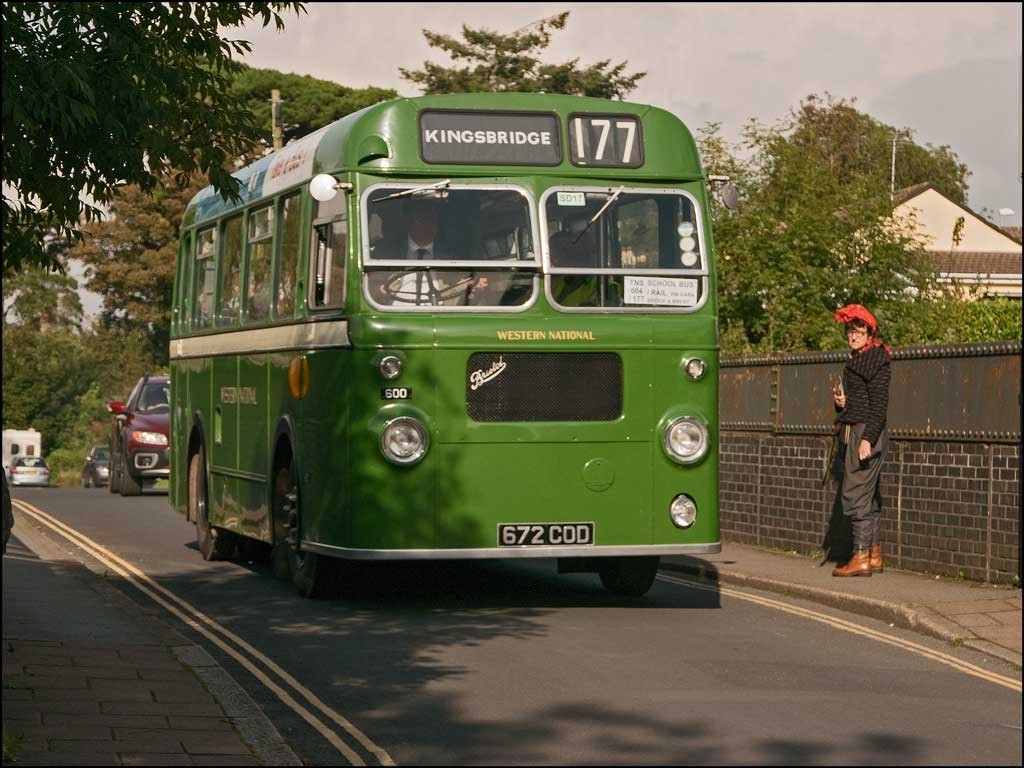 Here the bus is seen crossing the higher rail bridge in South Brent to return to Kingsbridge using an easier and more direct route, and leaving me to walk home.