This is the 12th year of the rally that replicates the old bus routes that used to serve many of the outlying villages in the South Hams centred on Kingsbridge. This is a small selection of the many photographs taken on the day. 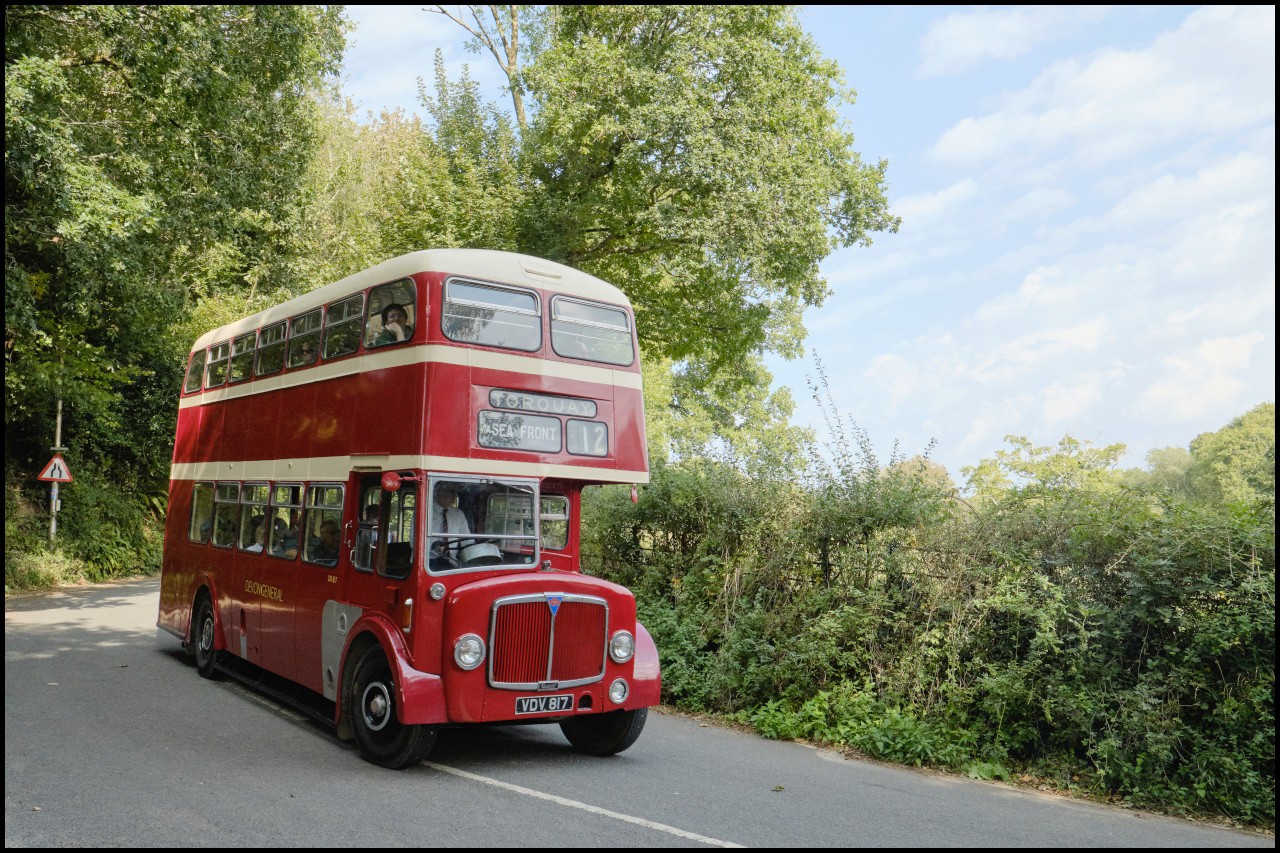 This AEC Regent was new to Devon General in 1957. I only occasionally saw one of these in Plymouth as they shared the Plymouth to Exeter route with Western National. With their sliding drivers door I thought them rather exotic. Here it's approaching the village of Aveton Gifford. 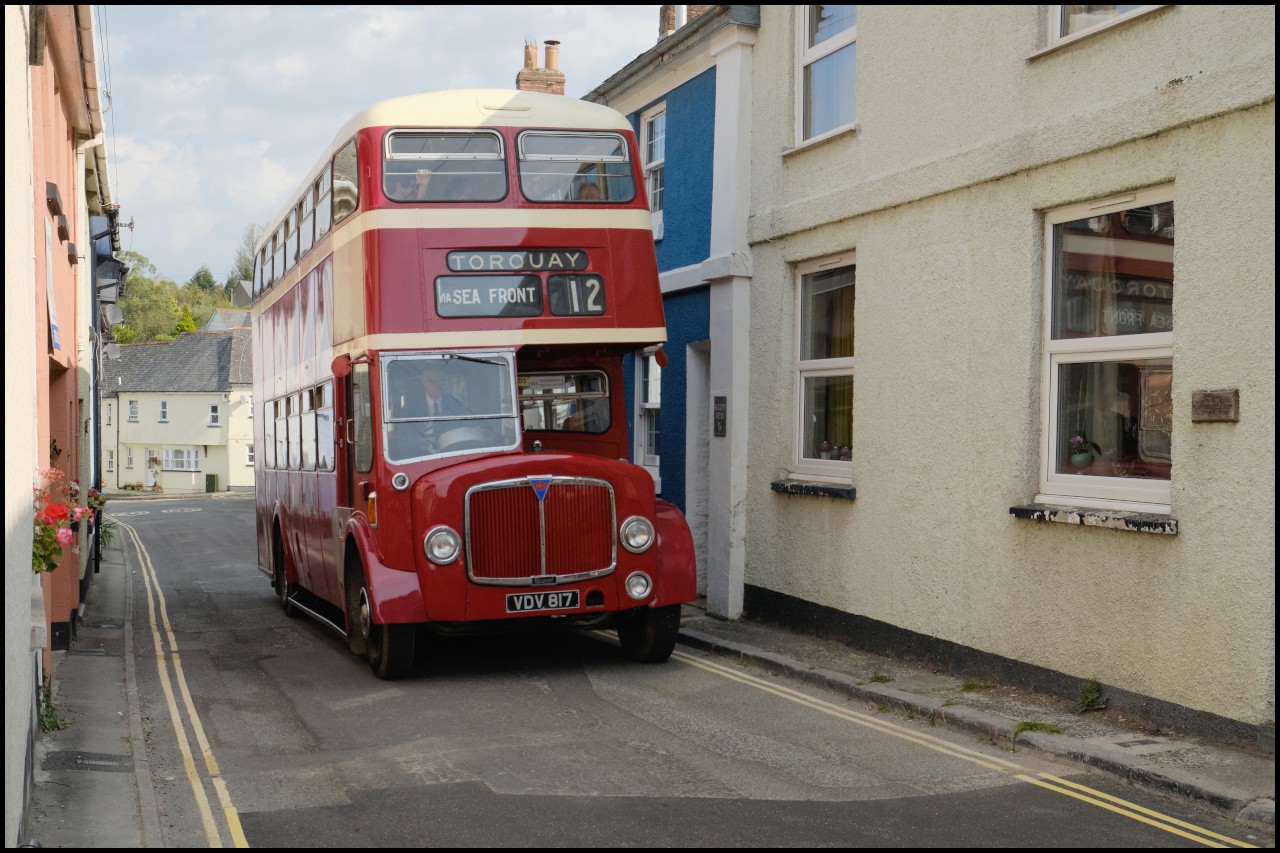 Here it's negotiating the "main" road through the village. Until bypassed some 25 years ago this was the main A379 road. 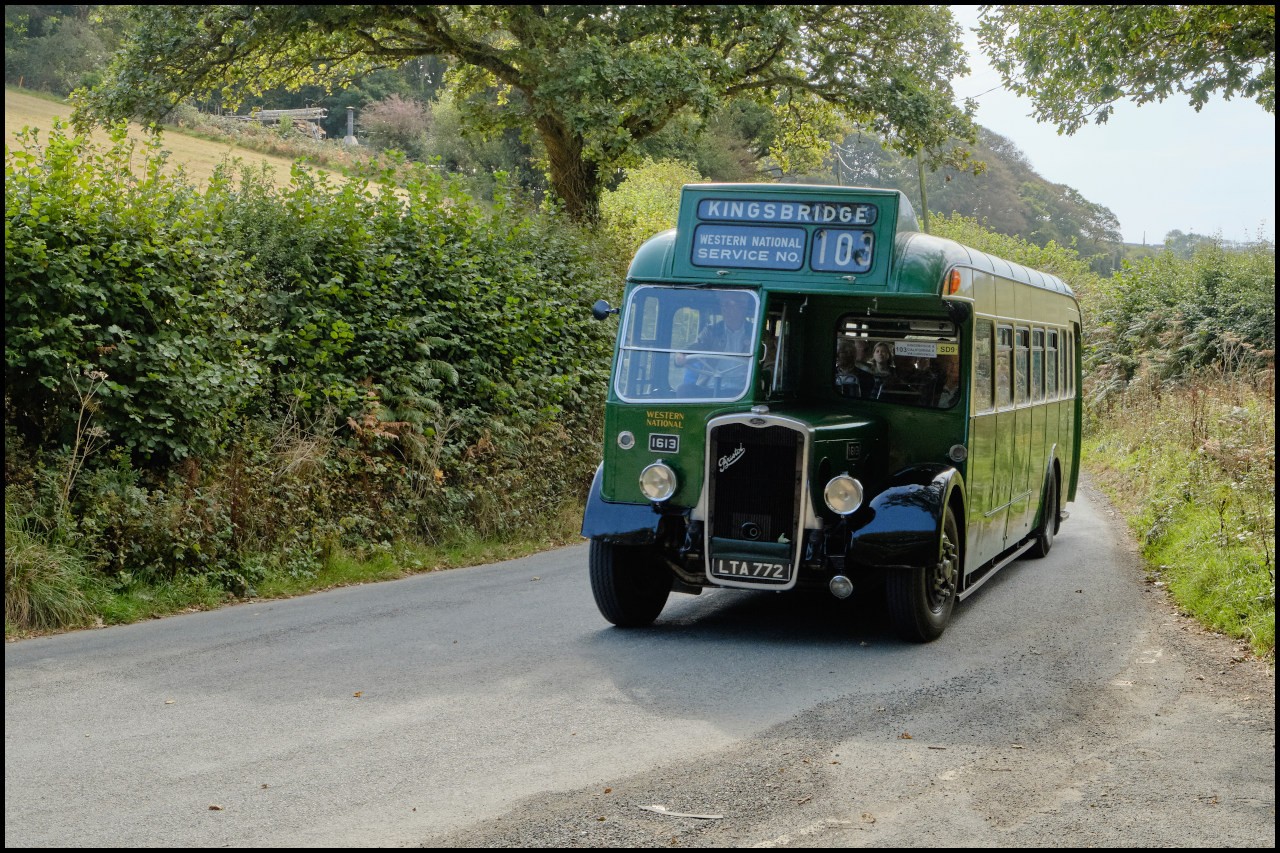 This 1951 Bristol LWL5G is seen on a country service eventually heading into Kingsbridge. 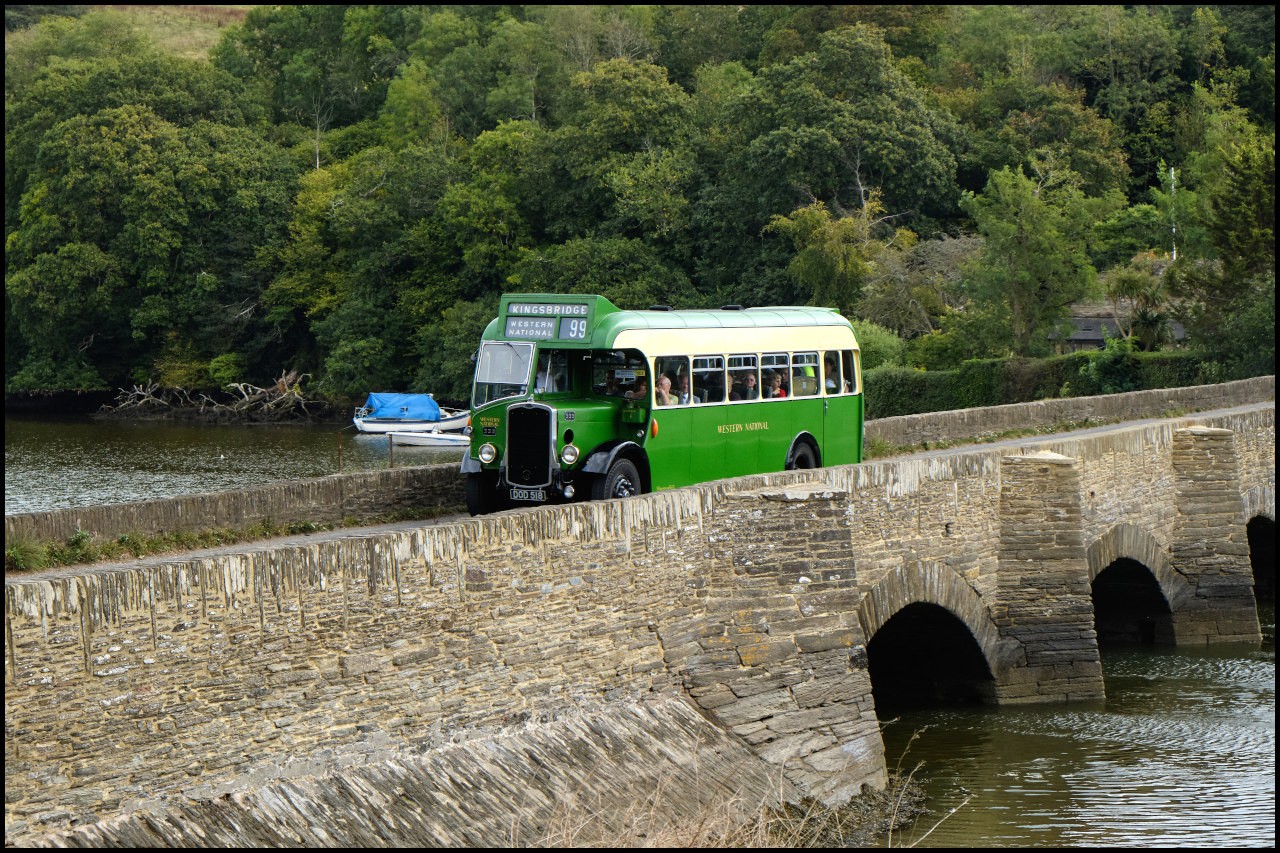 This 1939 Bristol L5G entered service based in Plymouth but served a short period at the Kingsbridge depot. It's seen crossing New Bridge heading into Kingsbridge. 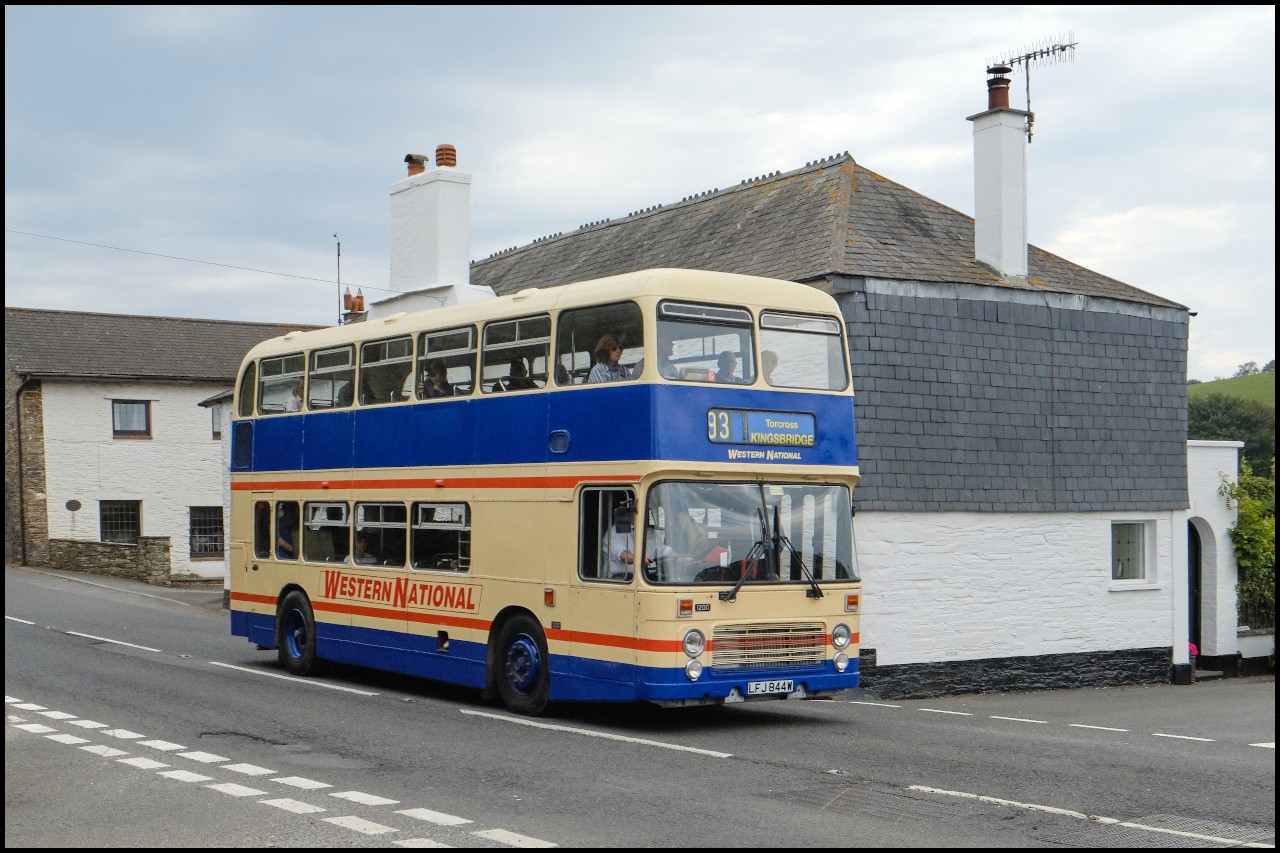 This 1980 Bristol VRT carries a short lived Western National livery and was the last VRT to operate out of Plymouth. I certainly travelled on this bus or its sisters in revenue earning service since they formed the main type on the 93 service for many years. 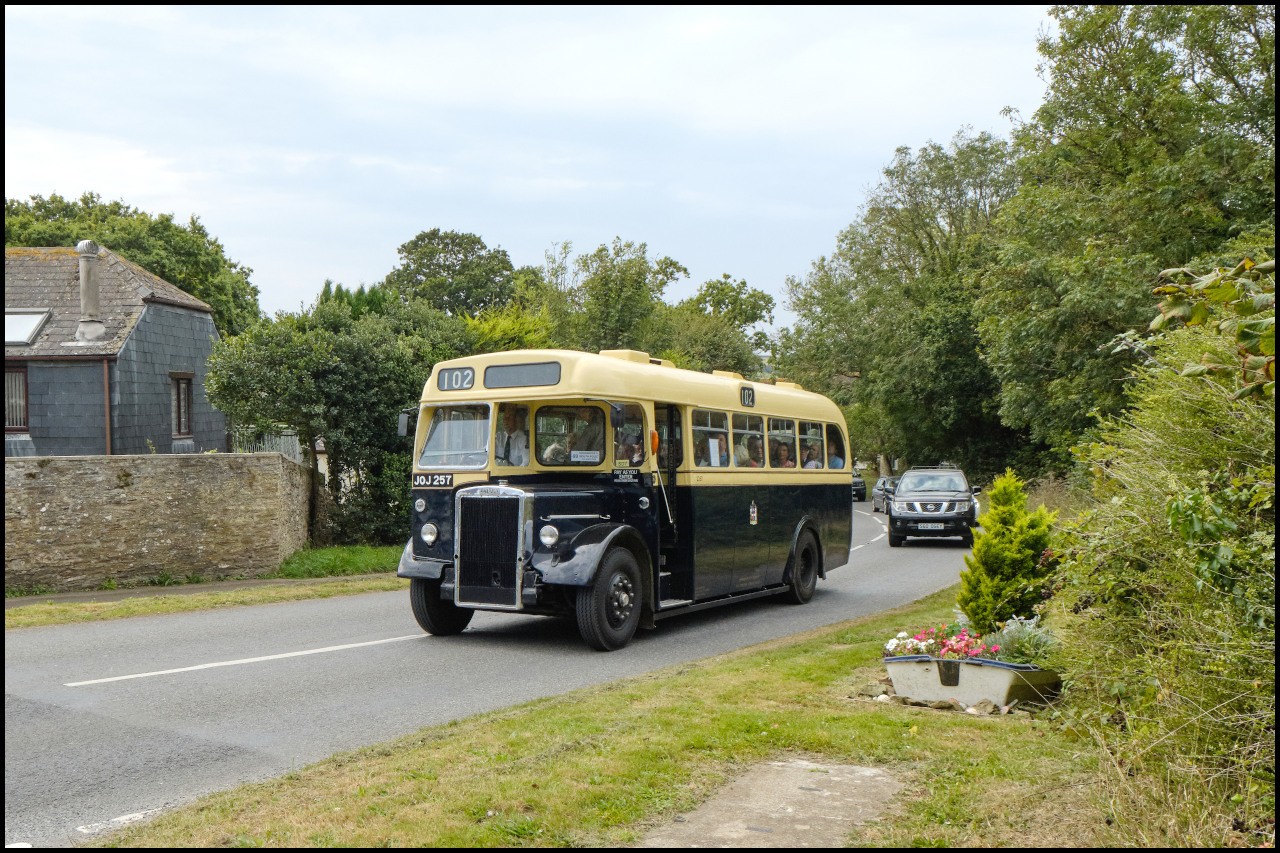 A 1950 Leyland Tiger which is a visitor from many miles away. 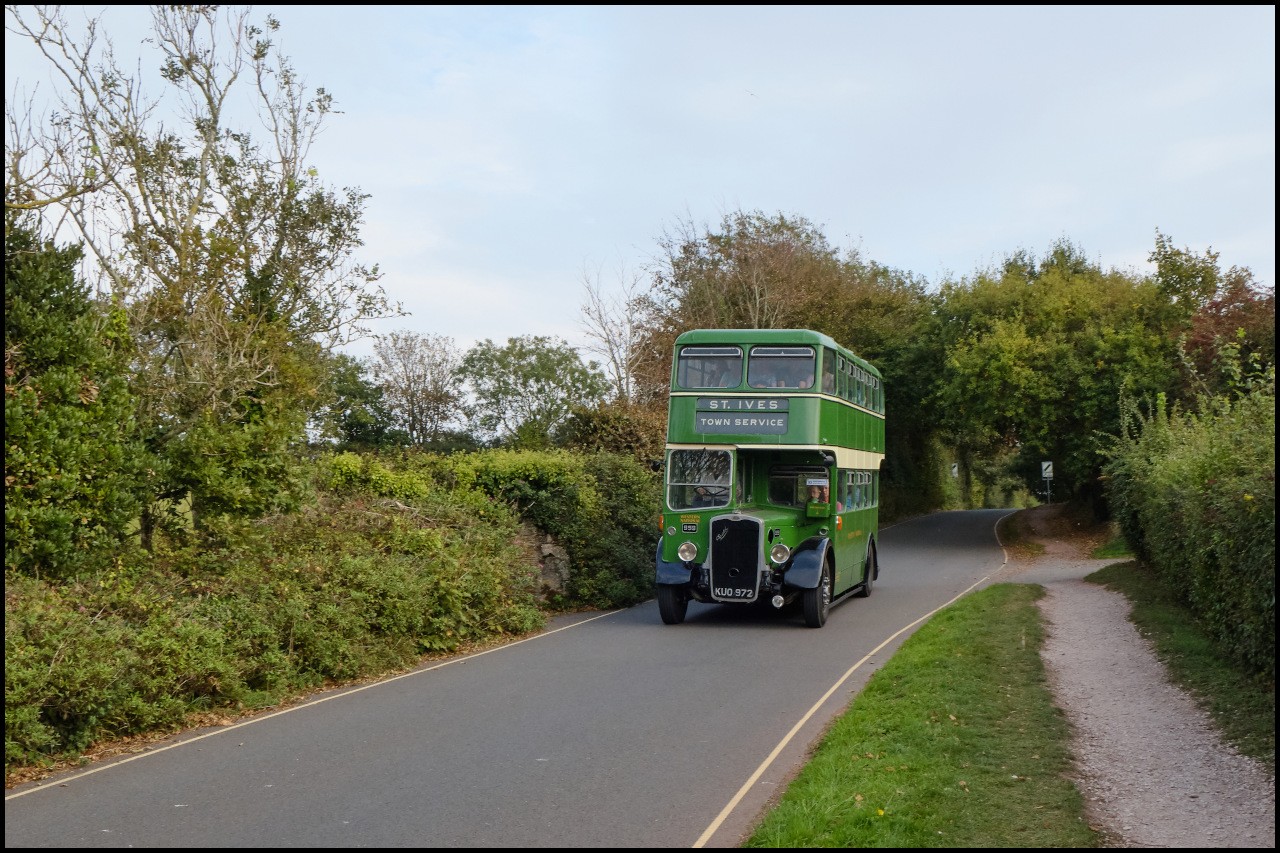 A Bristol K6 which for me is the iconic west country bus, as a small child I often traveled on one of these with my mother. This one dates from 1950 and spent its working life in Cornwall, hence the inappropriate destination blinds. Here it's approaching the village of Sl;apton. 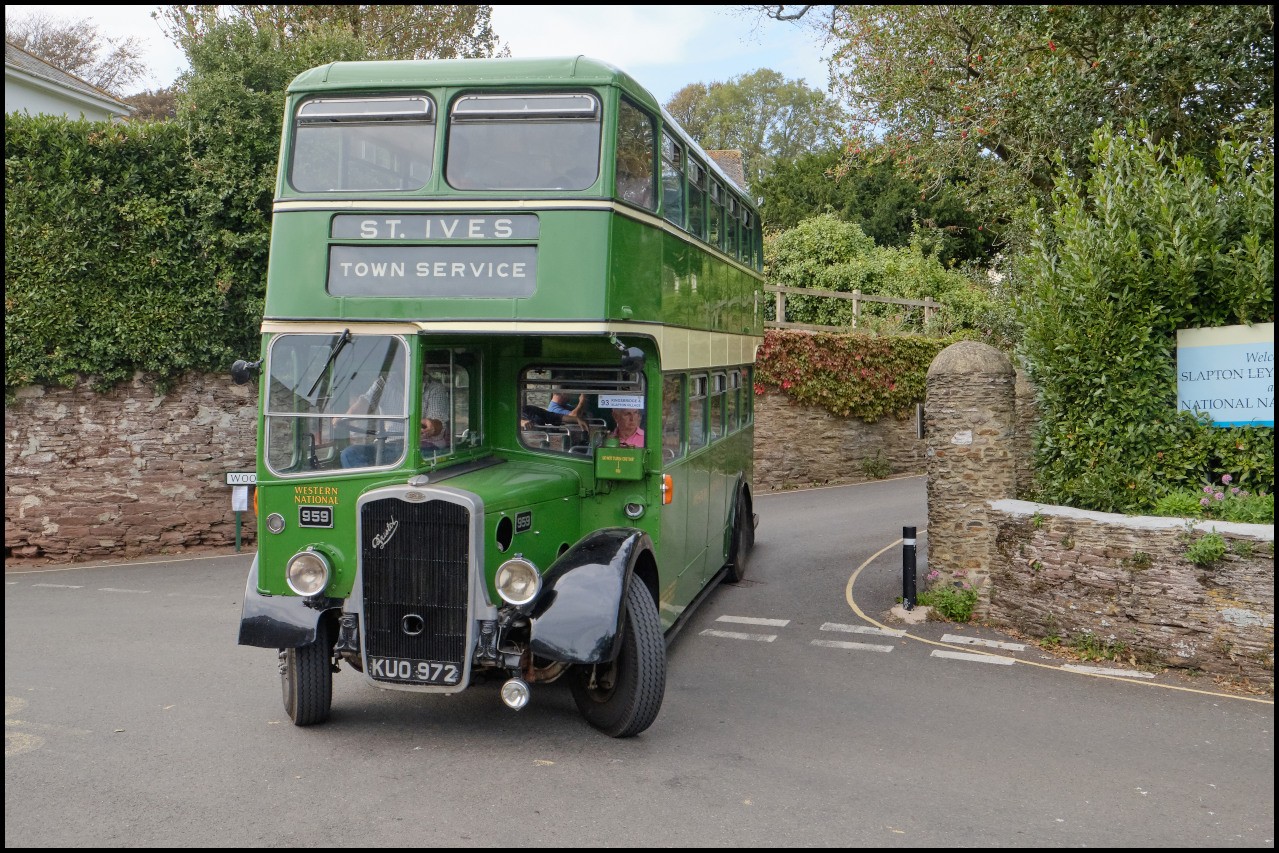 Slapton lies off the main A379 road and is too narrow for vehicles like this to travel through, hence they have to turn round by reversing up Wood Lane from which this one is emerging to rejoin the A379 at Slapton Turn. 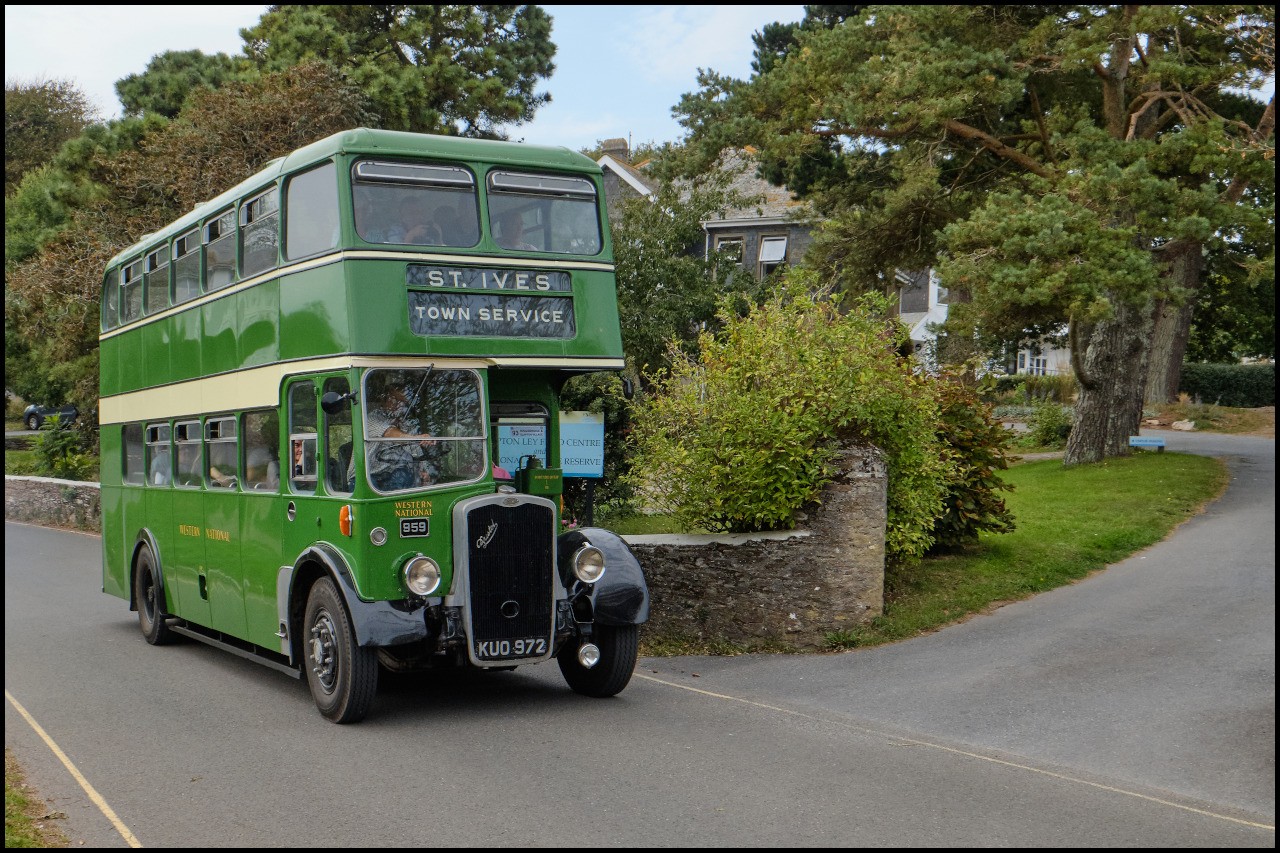 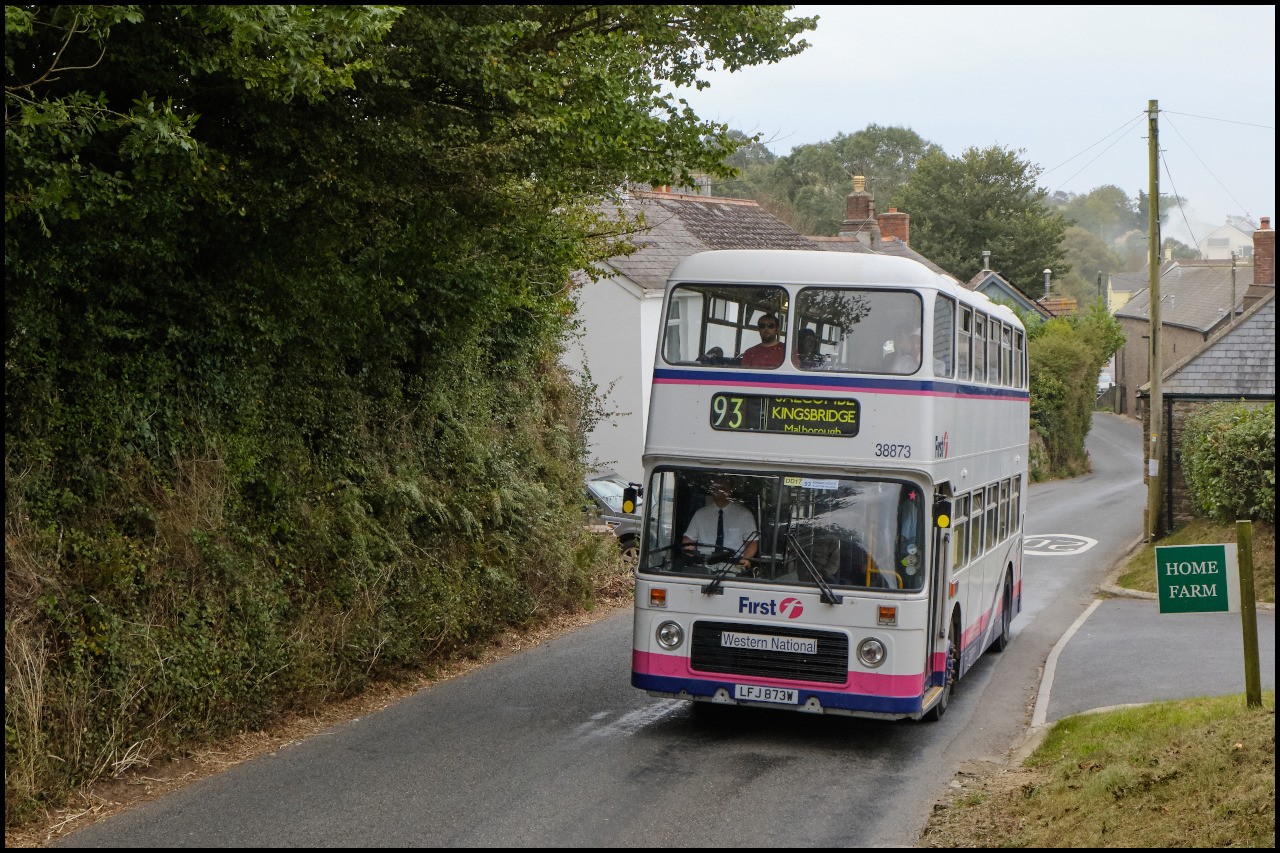 Finally another VRT dating from 1981 and the last one the company bought. It remained with them until 2006 when it was still running in their heritage fleet. Here it passes the entrance to Home Farm where my cottage is in East Charleton bound for Kingsbridge as the last of the 44 buses in the rally to complete its timetabled runs for the day.

I love this. There's a huge feeling of nostalgia that comes with it, I'd love to take a round trip ride on every single one of these routes. I imagine that James Herriot would have caught some of these buses at some point during his time.
Last edited: Sep 22, 2019

Also, I secretly hope the bus will go out of control at 3.5 mph.