I've just got this lens so these are very initial comments. Firstly, wow, it's a solid, heavy beast of a lens. It must be milled from solid adamantine, I reckon.
Here it is next to the 35-100 (admittedly tiny) lens that came at the same time. 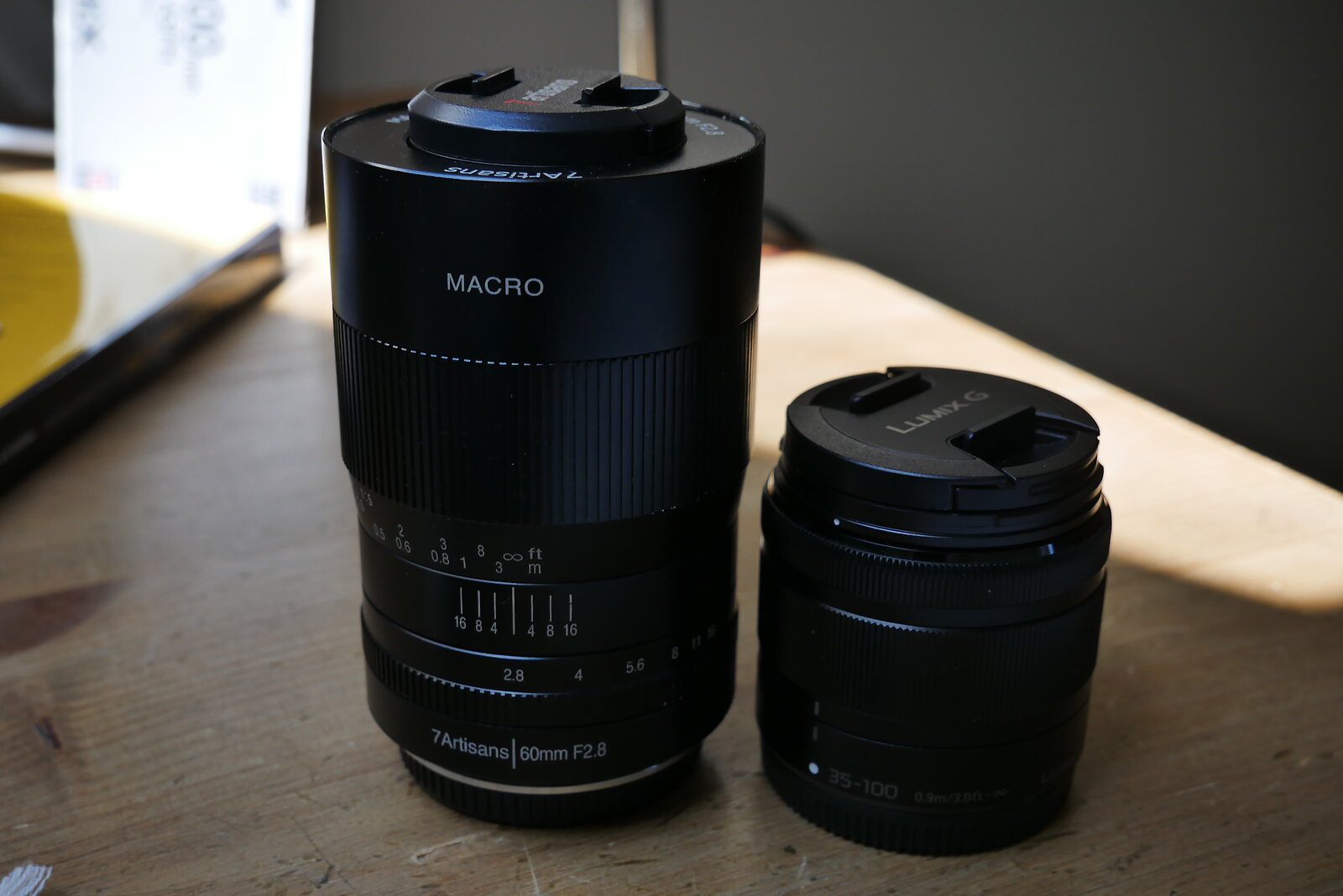 Second comment - as you move the focussing ring, it seems to zoom in and out. It's almost a 50-70 zoom. I don't know if that's an optical illusion, but it's weird. But actually with a bit of practice that might be useful.
Here's my first photo with it- one I took of the rear of the 35-100. 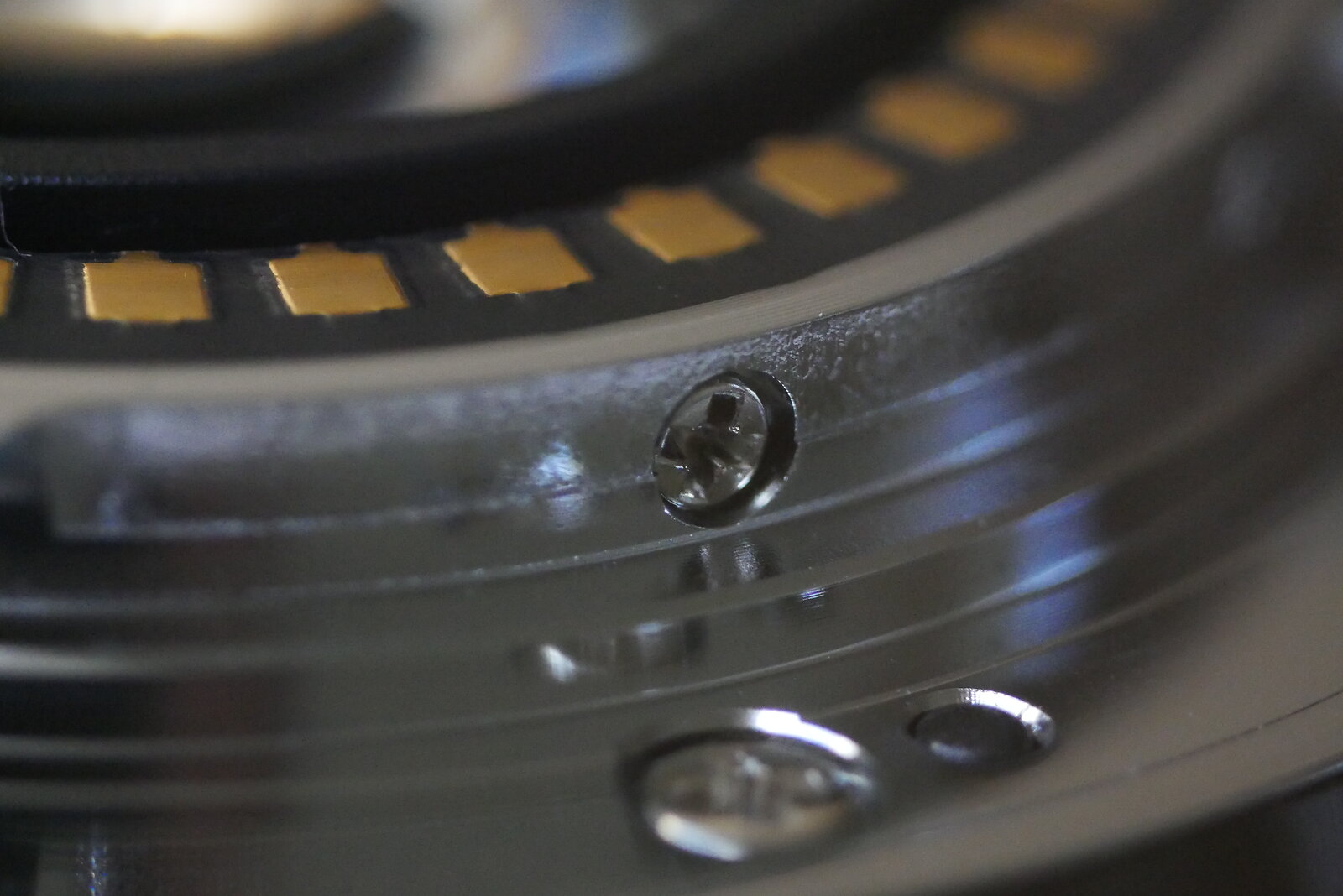 The light isn't especially good, so I had to open up the aperture, hence the ridiculous DOF on that one.

I shall venture into the garden, possibly with a tripod as I think it would balance better on the G7 rather than the GX9.
More to come...

Right, some from the garden taken (without tripod) on my G7. 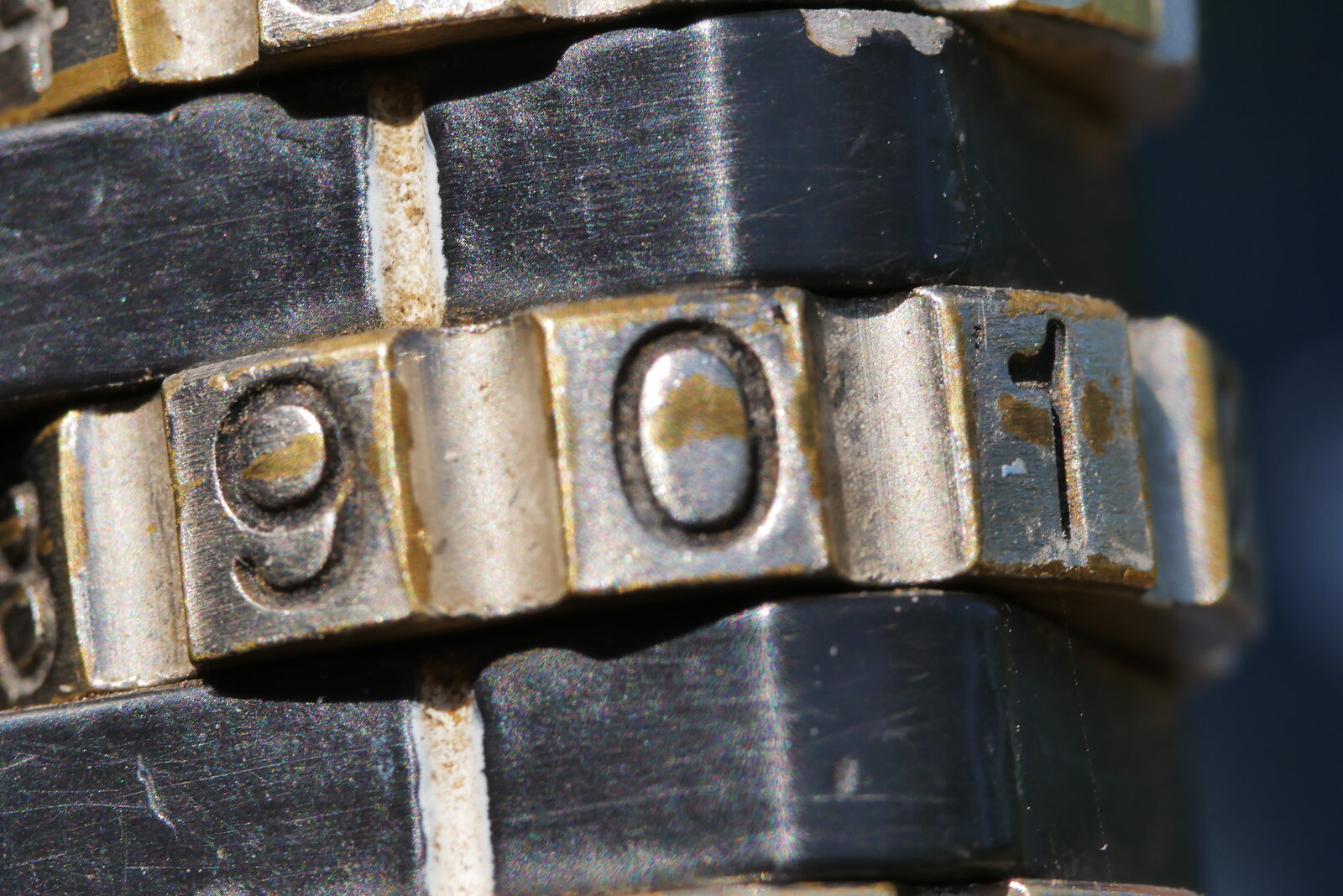 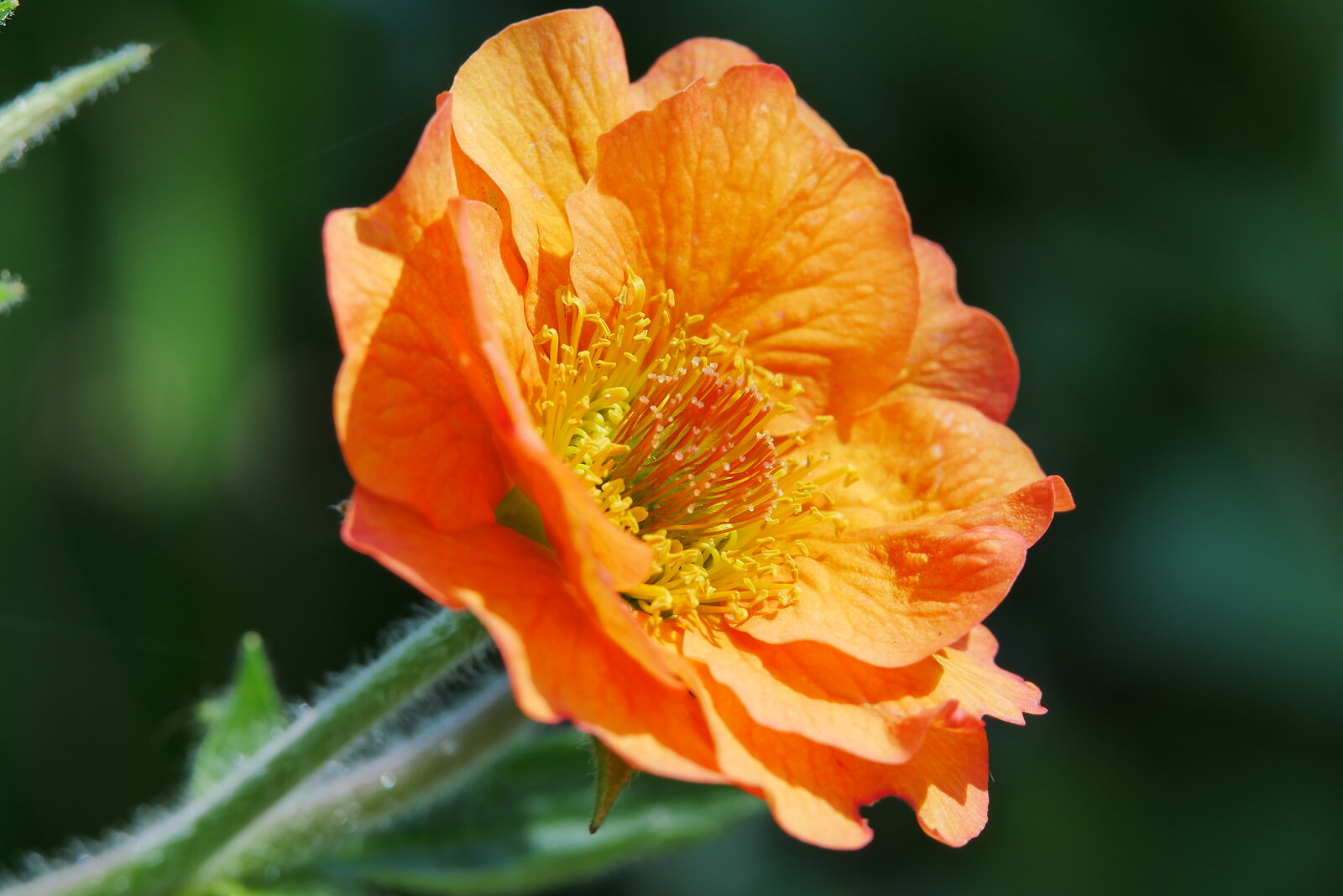 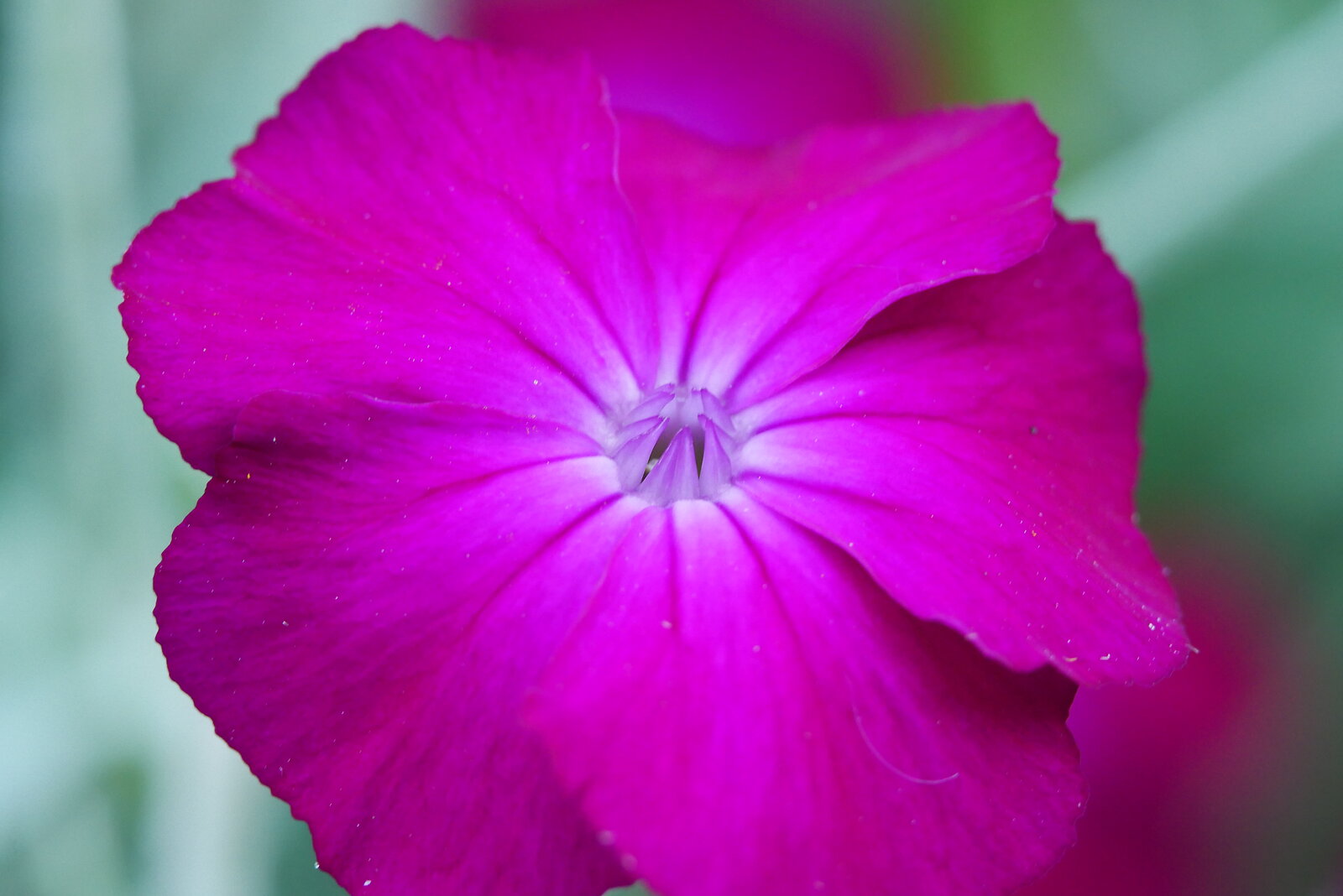 The wind died down a bit today, so I sat myself by the flower border and waited... 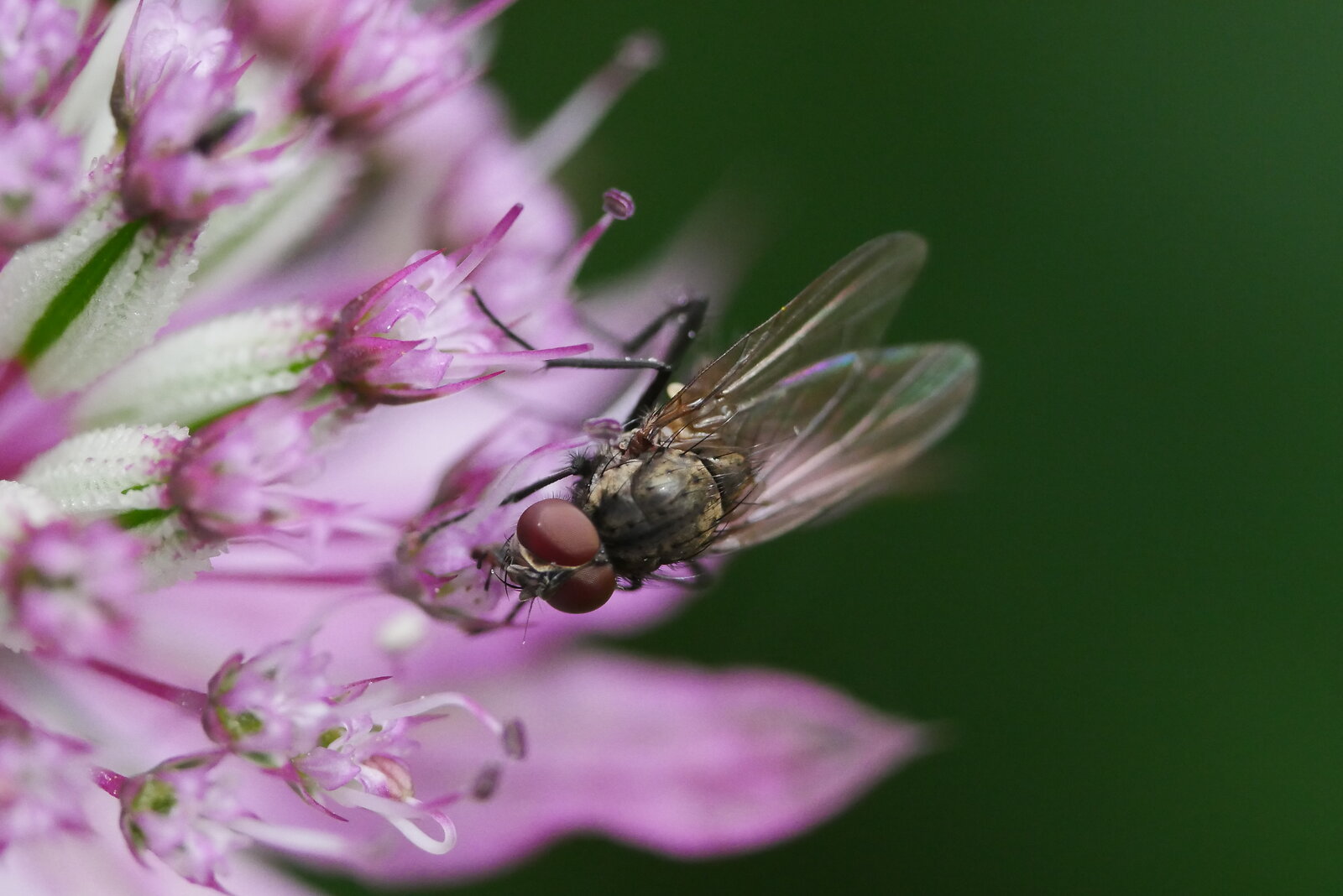 Here’s one I took for the Flickr Macro Mondays group. 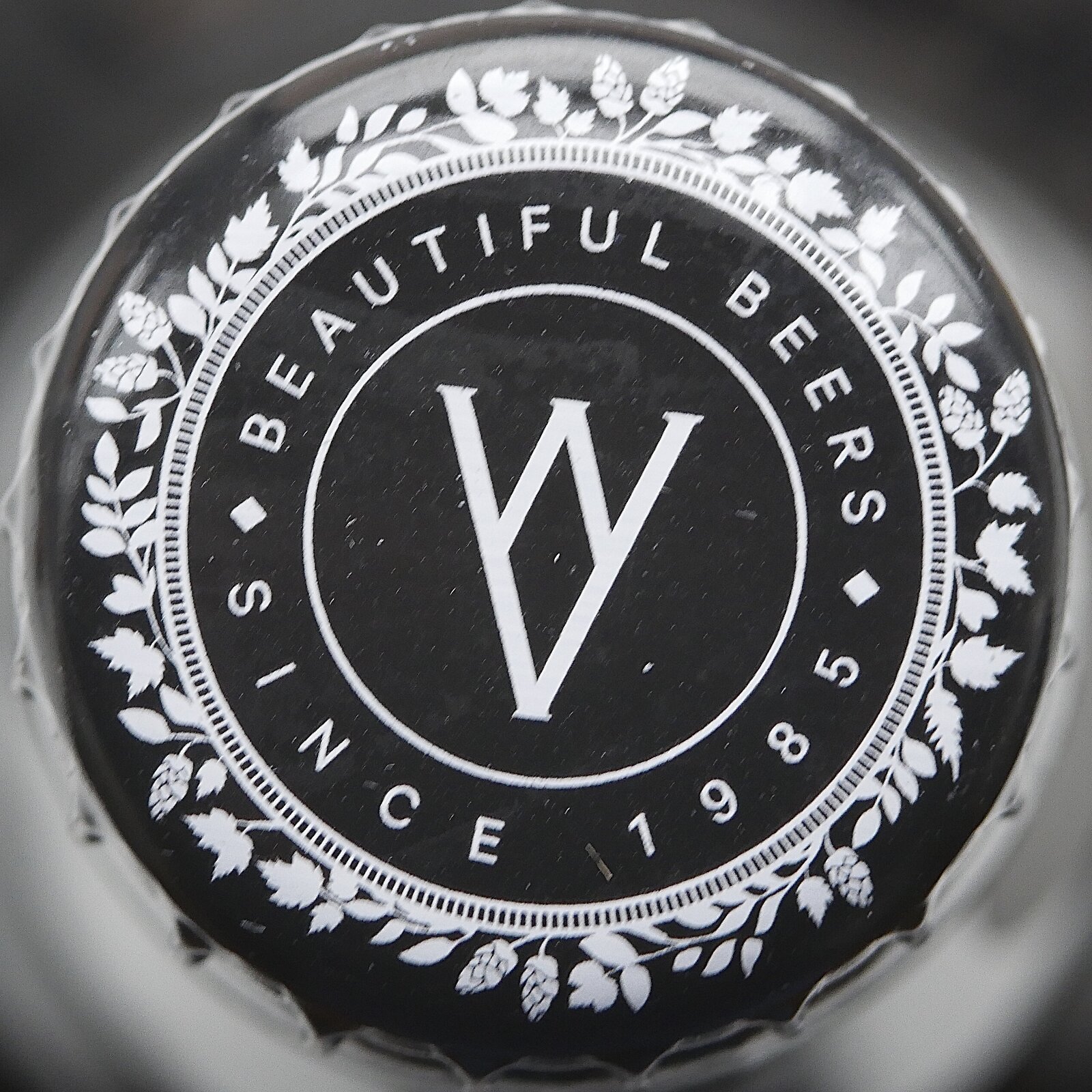 This lens is hellish heavy for hand-held shots. But if you can tame it, it is pretty good. Here’s a comparison with a telephoto lens (35-100) with 26mm of extension tube.
7Artisans: 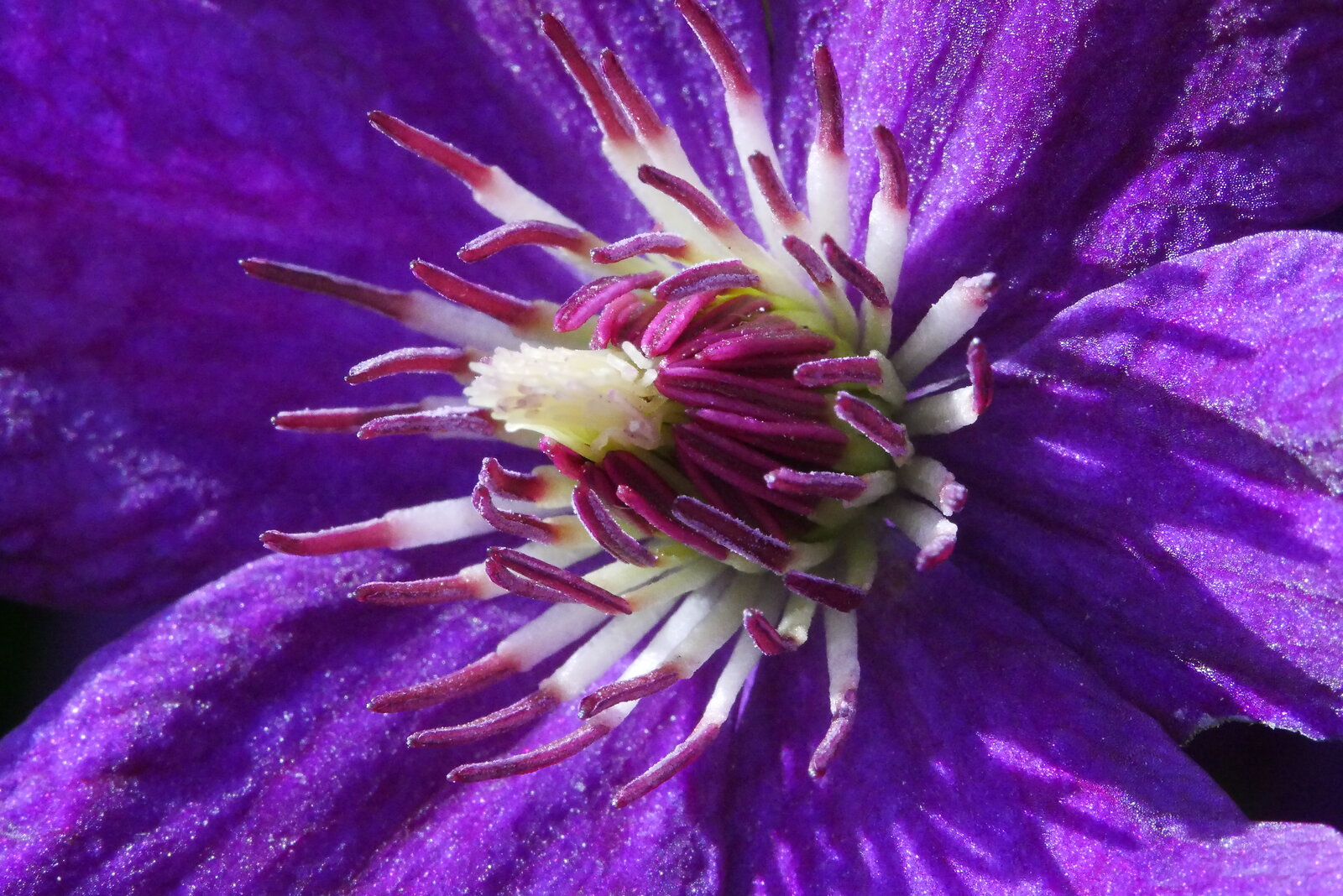 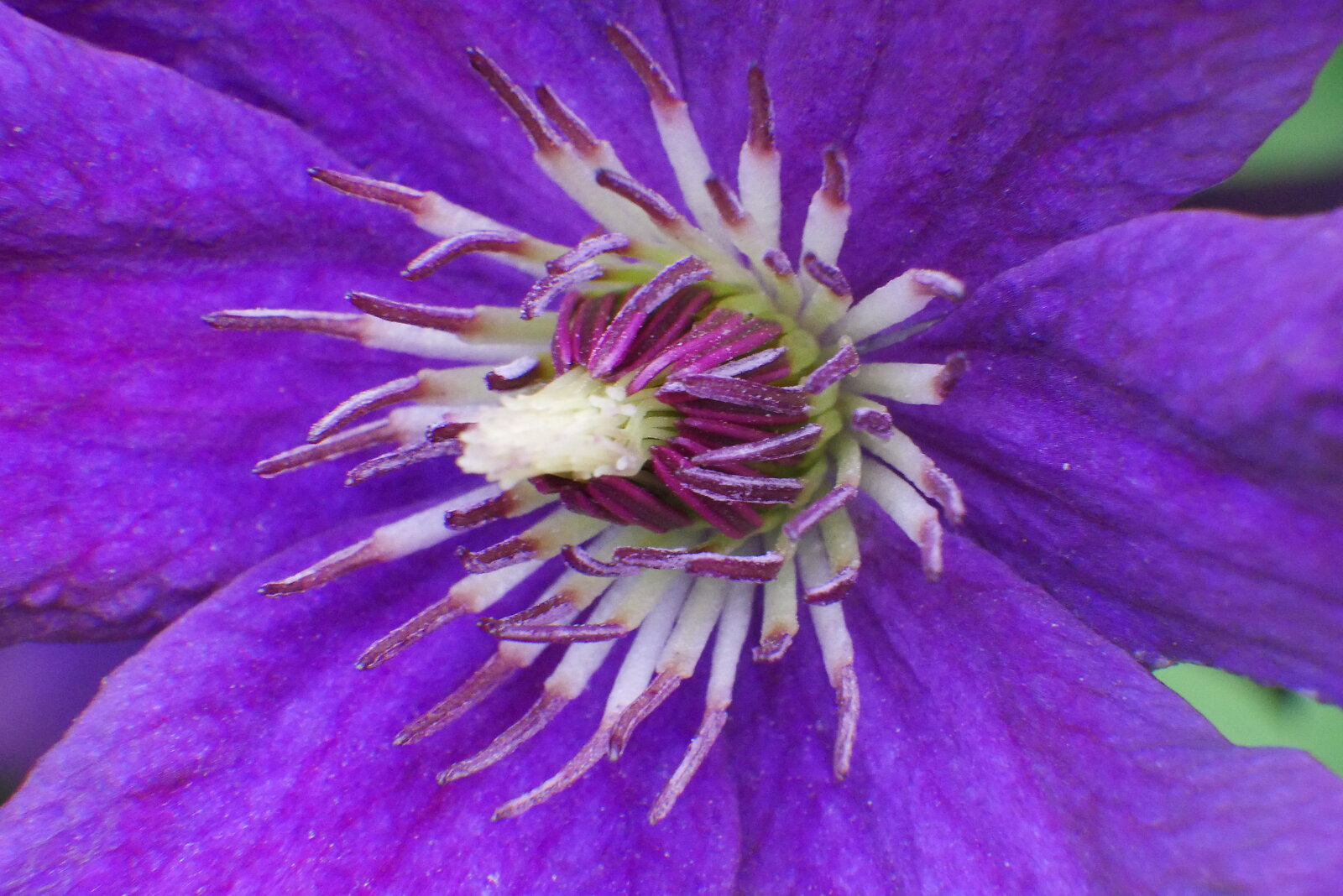 I think the 7artisans is undoubtedly sharper, although the little Panny isn’t bad. You can certainly get pretty close with that set-up. I have to try my options for digitising 35mm negatives before deciding whether to sell the 7artisans lens on. 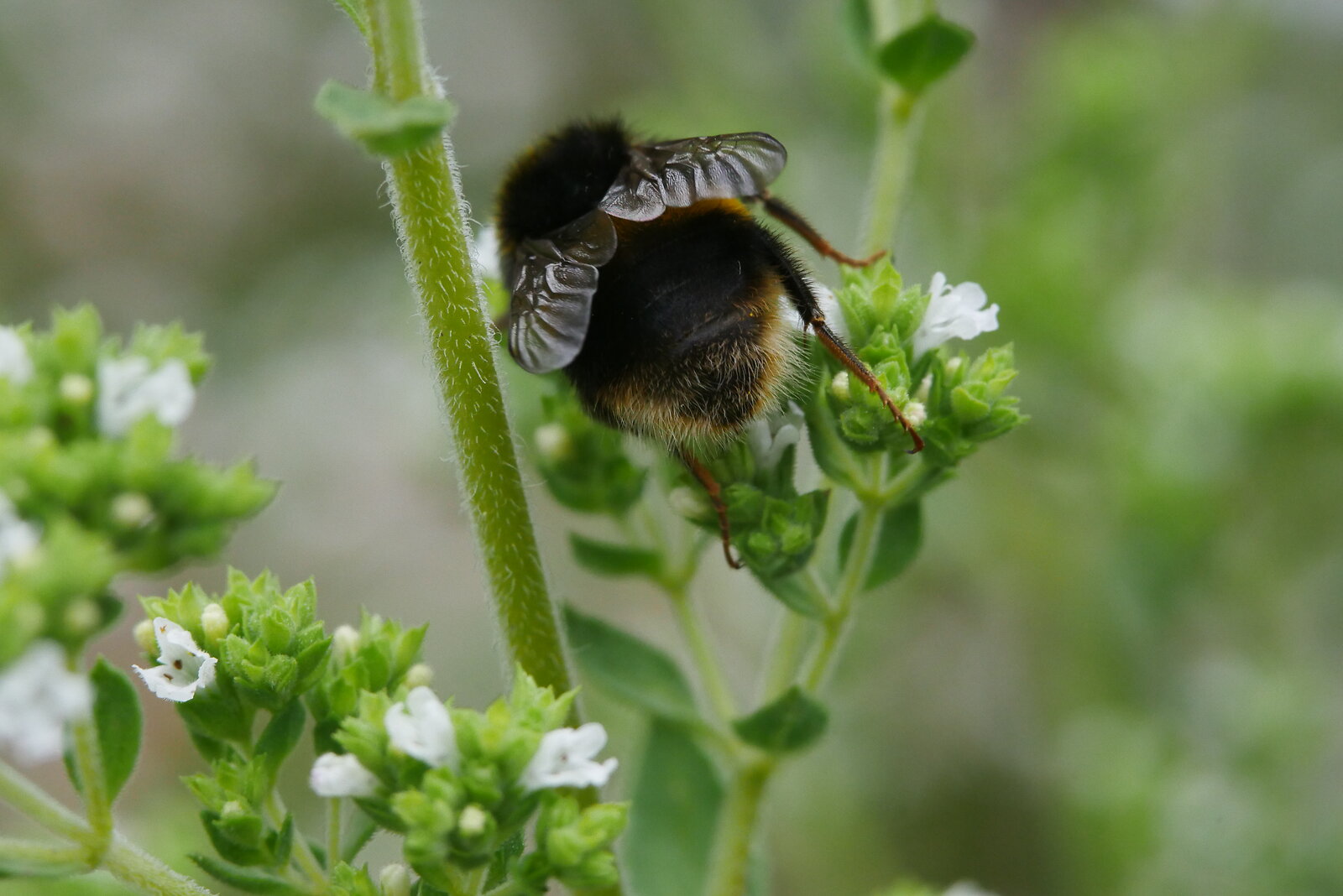