A cliché, but I couldn't resist... 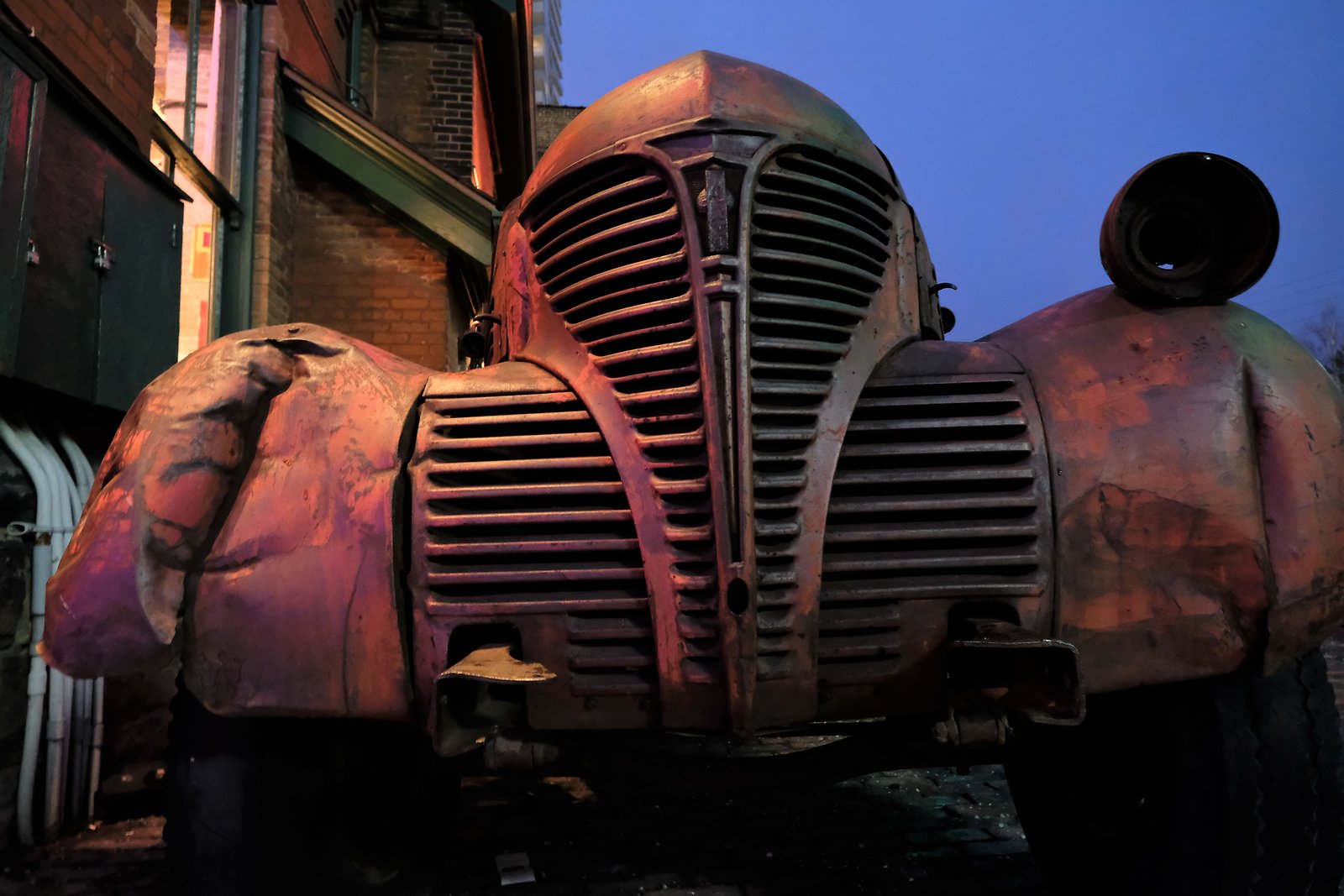 Wow, I wonder how long that has sat there rusting away.
S

It's a Fargo (Dodge) truck approximately 1939, in the Distillery District, Toronto, Canada. The largest distillery in the world for a time in the late 1800's and early 1900's, the site was abandoned in 1990 then restored and re-opened in 2001 as a centre for art, dining, small theatre, and tourism. I presume the truck was abandoned on the site probably some years before 1990, then cleaned up (it appears to have stopped rusting) and re-purposed as a decorative and "atmospheric" artifact. Canada doesn't have much history compared to the rest of the world, we have to take what we can.

Thanks Safari for the explanation, it is great to come across abandoned locations that have old machinery, vehicles etc that you can photograph as apart from the nostalgic feeling they make great documents of history.

Maybe it failed because it couldn't keep up.

That is an ooooold car! Looks very nice in this shot though. It took me a second to figure out what it was haha