A trip to Plymouth, shots from a distance

I had to drop my vehicle off for servicing today, so I then visited part of Plymouth, the city of my birth. I approached from the east, these are shots of the city from across the water 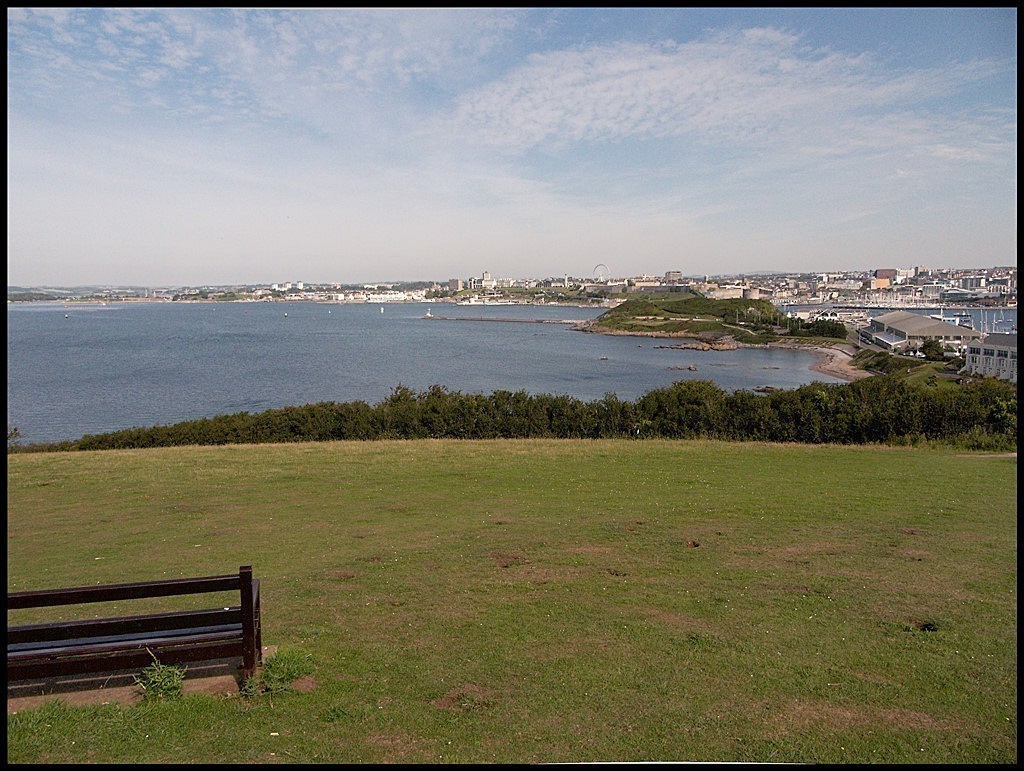 This is a view from the eastern side of Plymouth sound looking towards the Hoe. Below and on the right is the remains of what was once RAF Mount Batten, a former seaplane base. I grew up about 1 mile from here on this side of the water. 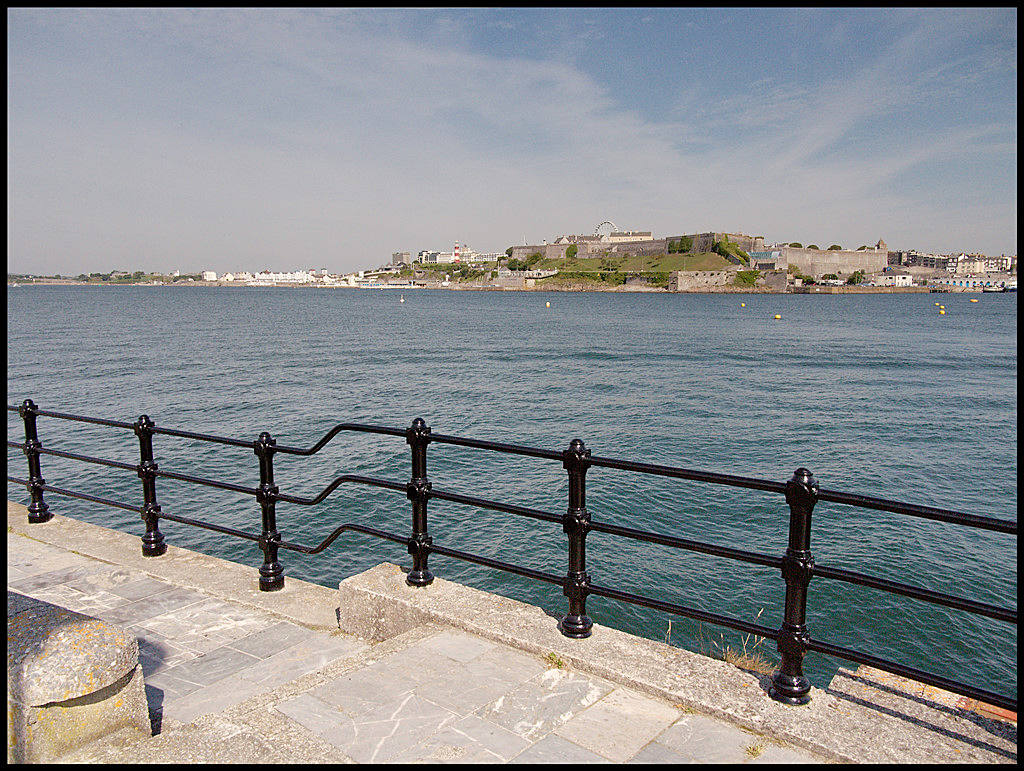 A view towards the Citadel from Mount Batten. During the civil war Plymouth was a parliamentarian town. When Charles the second was restored to the throne he had this citadel built, the residents thought it was to protect them from invasion by sea, but they found most of the guns pointed inland over the town, no more revolt against the crown by the citizens of Plymouth. 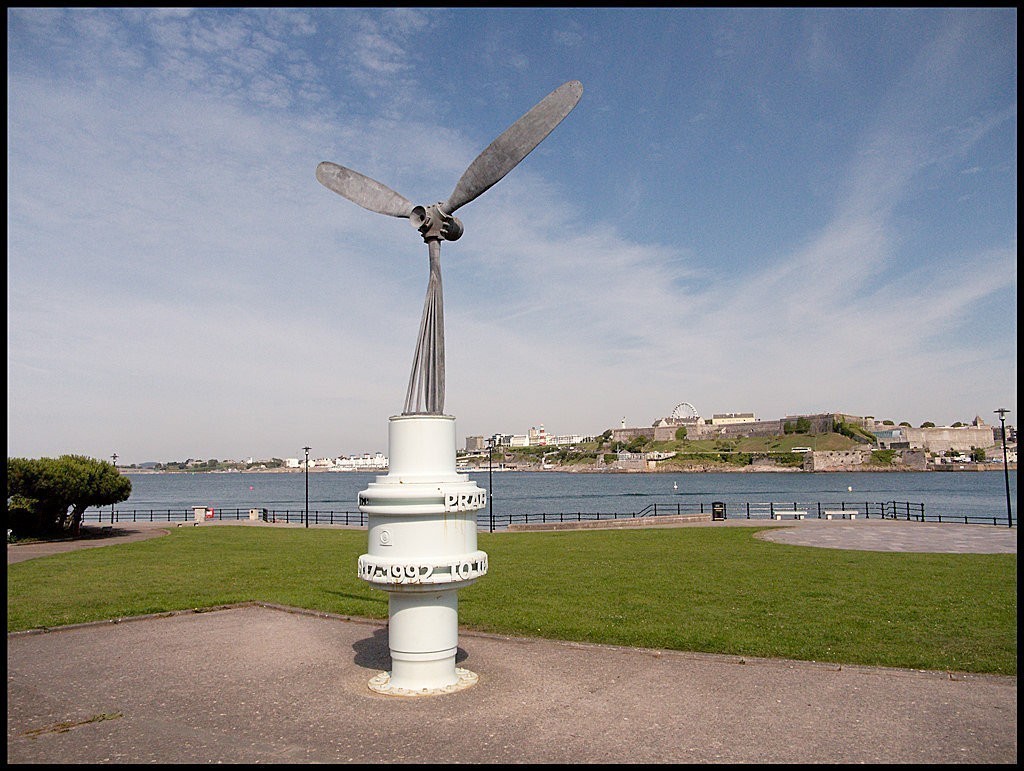 The memorial to the airmen who served at RAF Mount Batten 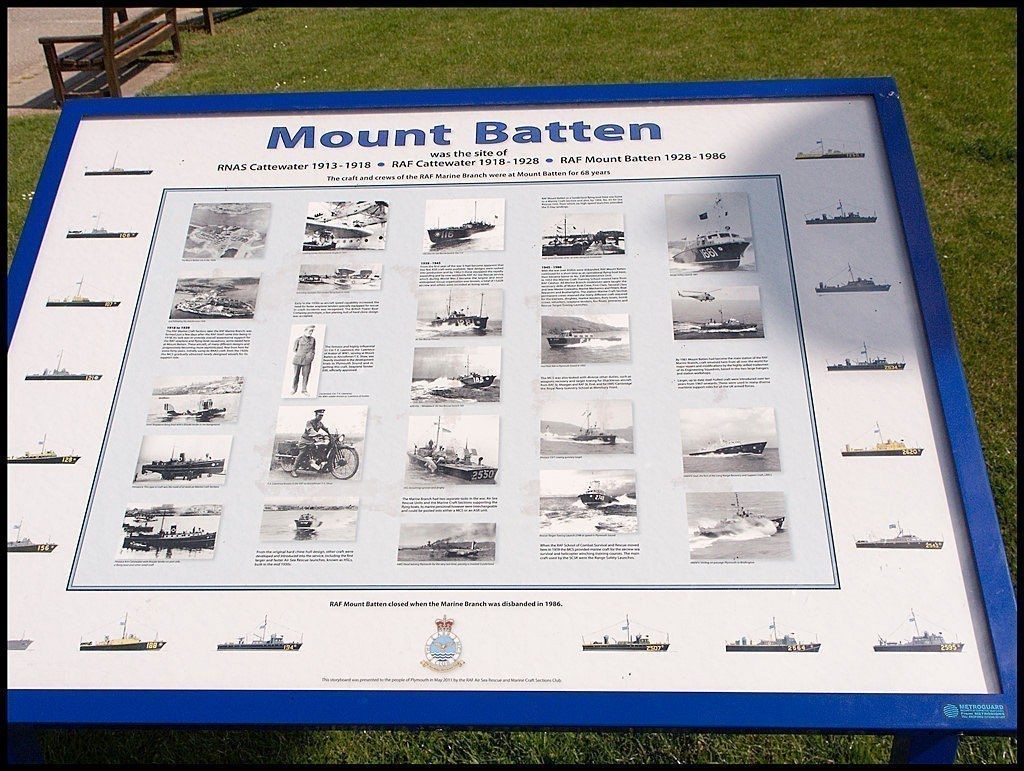 The story board giving the history of RAF Mount Batten. The man pictured just left of centre is aircraftsman Shaw, shown also on his Brough Superior motorcycle. His real name was Thomas Edward Lawrence, better known as Lawrence of Arabia who served here in the early 1930's and by using his own high speed launch to rescue some downed airmen in Plymouth sound gave rise to the airsea rescue service.

Thank you for very much these and the details about the pictures, Barrie.

I keep forgetting it's not a holiday in the UK today

... I was sitting here thinking how amazing it was that you'd be able to get your car serviced today!

... I was sitting here thinking how amazing it was that you'd be able to get your car serviced today!


Some of us have to keep at it and pay our taxes, unlike some of the colonies

,and here's me drinking a cup of tea.

Enjoy your tea, Barrie. It's too hot and humid here for me...though iced tea with some mint sound quite good right about now.

BB, there was a story circulating in Plymouth in the 1970's of some visiting Americans asking for iced tea in a city centre cafe. They were supplied with a pot of hot tea and a bucket of ice, which, having worked with Americans in the Middle East, I know isn't quite how it works