Imagine, if you will, strolling into your local camera emporium (or calling on the phone or sending an email) and making the following request: “I’d like a 24-2000mm zoom lens, please.”

After the catcalls, hoots of derision, and fits of mirth that followed, the clerk might wipe the tears from his eyes and ask, barely suppressing a giggle, “Is there anything else you would like?”

And you might reply, “It would be good if you could keep the weight around 2 pounds.”

What might happen next, I can’t even guess, but I’m pretty sure you take my point: you can’t get there from here. There is no 24-2000mm zoom lens that you can purchase today, and even if there were, it’s a pretty sure guess that it would weigh more than 2 pounds. There are telescopes and exotic lenses that can be attached to DSLRs to get you to 2000mm, but you better have a very fat bankroll and probably someone to help you carry and setup your purchase.

Before we go any further, let’s establish what this camera can do.

Here’s a shot of the Hudson River taken at 24mm. In the distance, just below the tree line, you’ll see a bridge. The lefthand bridge support has a black footing that has a bright spot on it. Do you see it? Good. Now here’s a shot of that footing taken with my Panasonic FZ200 at full optical and digital zoom (something over 2000mm e): 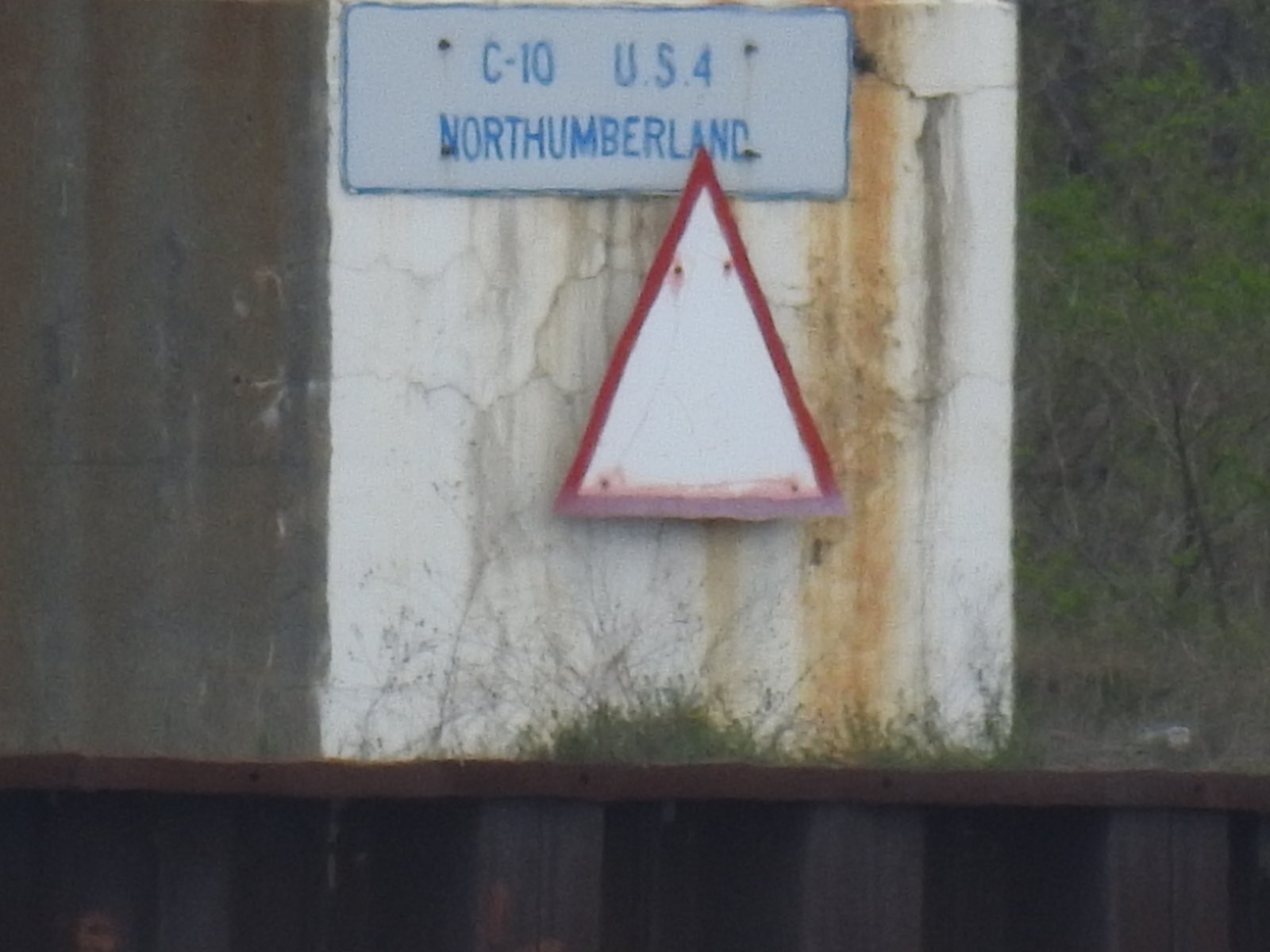 Obviously, that is not the best quality the P900 can achieve (and we’ll get to some better examples in just a bit) but it does give an indication of the astonishing range of focal length offered by this camera.

The P900 is a big, beefy camera, with a big handgrip wrapped in a soft rubber material that makes it easy to maintain a secure grip. There is the usual PASM dial on top of the body and a four-way controller with a rotating dial on the back.

The things that have really impressed me so far – beyond the astonishing reach of the camera – include the autofocus, which is very quick, very positive in anything but poor light. Press the shutter button halfway down and – beep! – you’re locked on. I’ve even had pretty good luck focusing on birds and squirrels that were partially obscured by twigs or foliage, which really surprised me.

In addition, the P900 has a very good manual focus function. Like the FZ200, there is a slider lever on the left side of the lens barrel. By default, this functions as a second zoom lever. But you can reassign it to manual focus, and there are some software choices for the speed of the manual focus and size of the magnified area in the EVF. Combined with focus peaking “sparklies,” the whole business of manually focusing is pretty easy. The FZ200 has a similar facility, but the focus slide works so fast that it requires a safe cracker’s touch to achieve critical focus.

Also on left side of the lens barrel is a “zoom back” button. As you might imagine, when you are wildly zoomed in on a subject, if you jostle the camera, it is really easy to lose the subject in the field of view. Press the zoom back button and the lens pulls back, showing a rectangle of the area that will be covered when the lens is zoomed back in. Center the subject in the rectangle, release the zoom back button, and you’re there. It’s slick and very, very helpful.

When you’re zooming in with the P900, the EVF (unlike the FZ200, which shows 24X, 48X, etc.) does not show any numerical indication of the amount of zoom. There is, however, a sliding scale (un-numbered) shown at the some of the display. It is colored blue so long as you are within the range of the optical zoom. Then there is a line in scale that indicates that this is where the digital zoom will be engage. As you continue to zoom, it continues to show blue to indicate decent image quality. When you zoom past that limit, the display turns yellow, to let photographer know that he or she has entered into the realm of image degradation. The closest shot above of the sign on the bridge support was maxed out in the yellow.

Here’s a shot of an osprey’s nest taken with the FZ200, trying to get a close as possible. 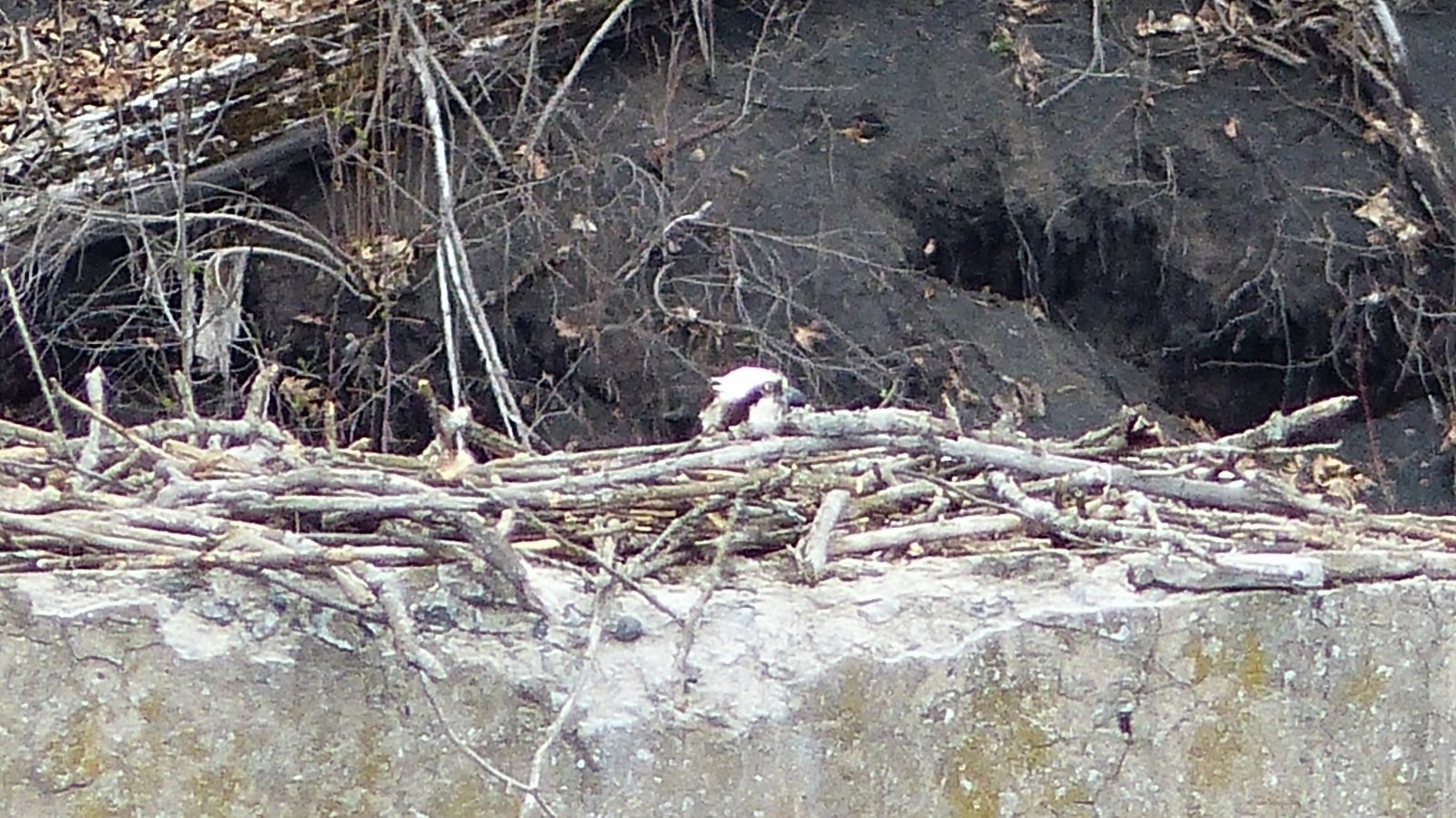 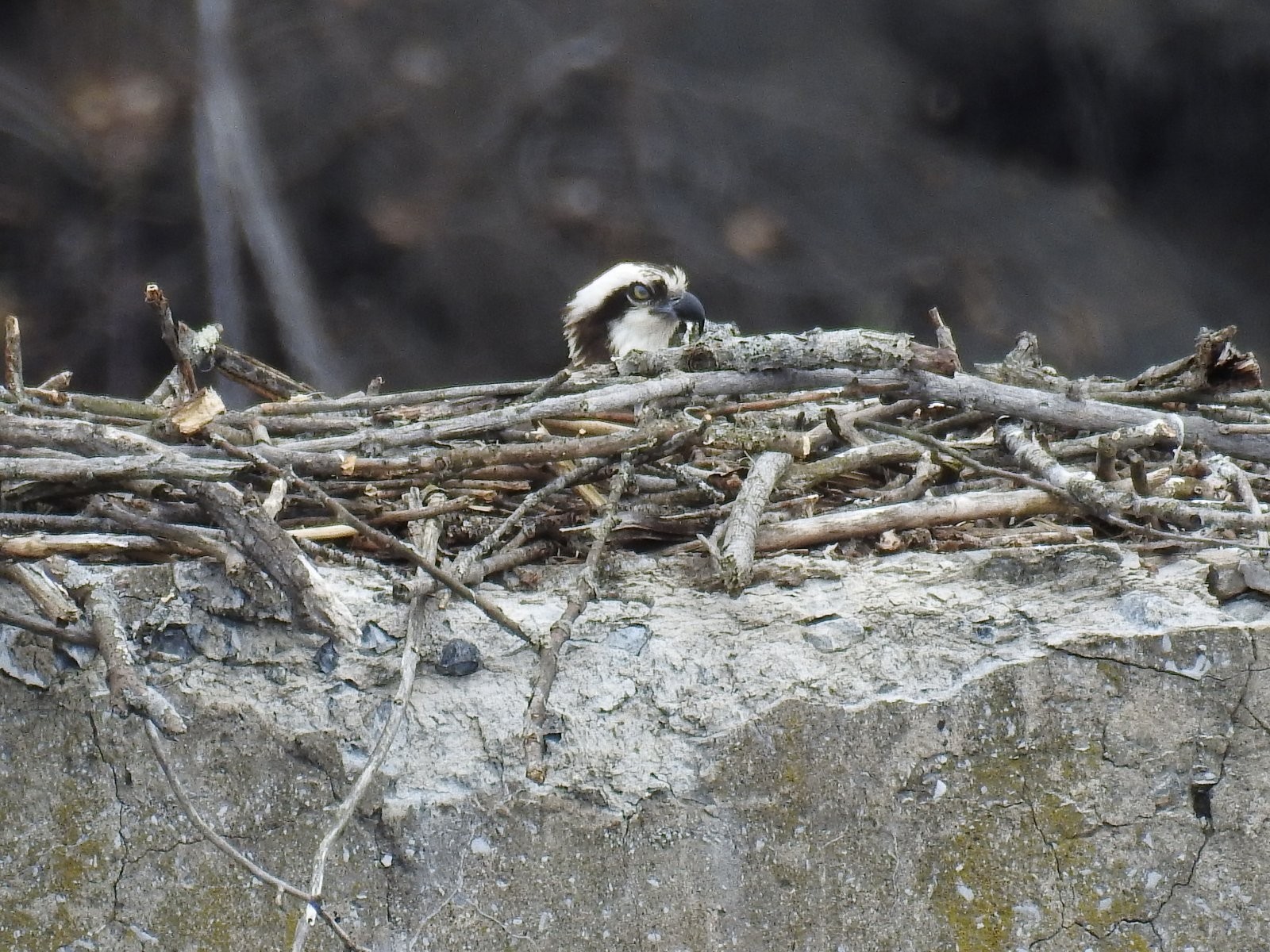 With the FZ200, some birds on a rock in the river. 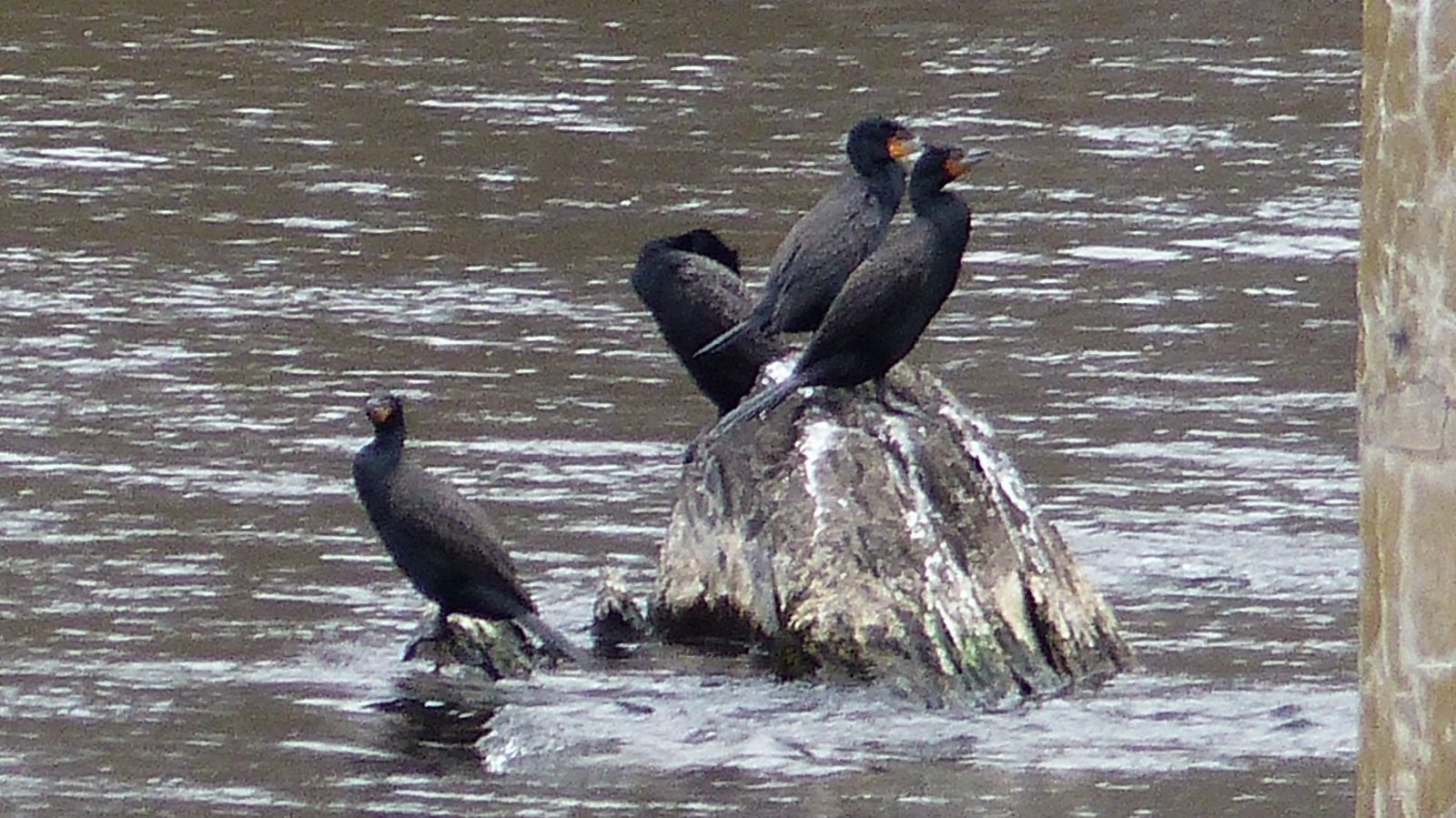 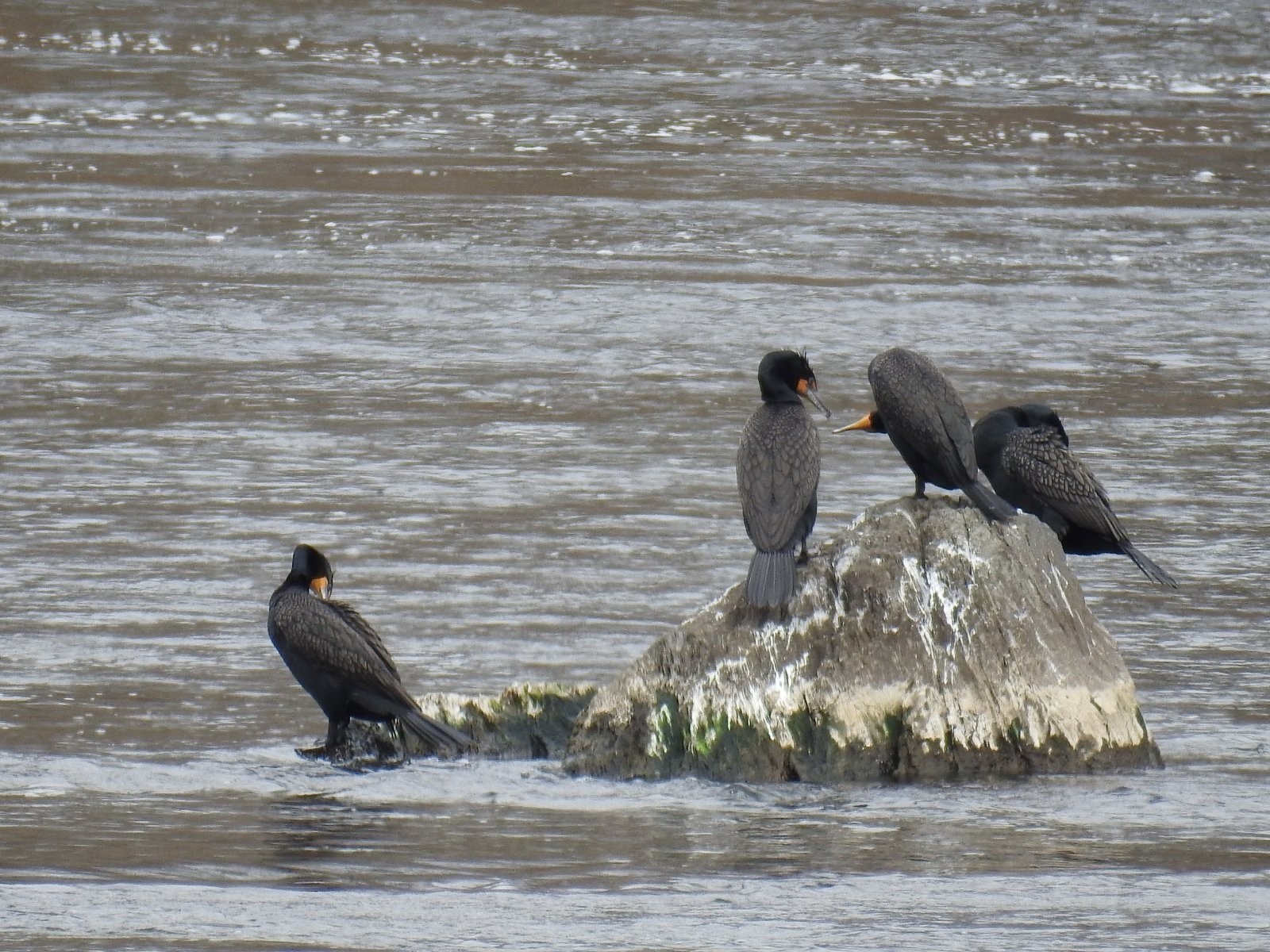 All the shots shown here were taken handheld, and the P900, at higher zoom ratios, has proven harder to hold steady than the FZ200, but I think that is to be expected. The EVF on the P900 has less resolution than the FZ200, and the camera is bigger and heavier.

Nevertheless, so far, the P900 has proven to be a marvelous camera for wildlife photography.

Nice review, Jock. The weight and extreme zoom were reasons I didnt buy it, in the end. Though the weight has become a bit of a furphy since I bought the FZ1000 which weighs in around the same as my Pentax K5+ kit lens. And is bigger.

I've seen some nice shots from the P900

Thanks for this Jock - I had written off the P900 in my mind but you have achieved some powerful evidence to reconsider it.

bilzmale said:
Thanks for this Jock - I had written off the P900 in my mind but you have achieved some powerful evidence to reconsider it.
Click to expand...

I think of the P900 as an "exotic," a bit like owning a 200mph Lambo or Ferrari. Frankly, a Honda Civic would serve most people better. And most people don't need or want 2000mm e zoom and would be served better by a lot shorter focal length.

I love my FZ200 with its constant f/2.8 aperture, but beyond 600mm e, you can see the problems that occur when the FZ200 is pushed to extremes. The P900 offers over three times the focal length without getting into digital zoom, etc., so there is a huge advantage . . . if you need it.

When I had the 100-300 mounted on the OMD, I was trying to "put the sneak" on some turtles sunning themselves on a log in a local pond. The pond was in a cemetery, and I was using the tombstones for covers as I crept closer and closer. Unfortunately, the 600mm e and 1200mm e (with the digital teleconverter engaged) wasn't enough, and the turtles scooted off the log before I got the shot I wanted.

I tried same trick with the P900 and was able to fill the frame from a longer distance (without disturbing the turtles) but now the issue becomes "controlling the wobble" when you are shooting with a lens that has 83x magnification. If you check out Point & Shoot Nature Photographer , you'll find that Steve Ingraham has pretty much mastered shooting at 2000mm e and beyond -- handheld -- so it can be done.

If you look at P900 image thread , the squirrel shot looks like I was sitting right in front of him, but it was taken at about 800mm e from 15 yards away . . . so the lesson for me is that I don't always have to use all the zoom that is available!

The other thing I should mention is that with the FZ200, I would slip it into a pouch for mini binoculars, sling it on a strap across my body, and scarcely notice that it was there. The P900 requires a bigger pouch, and I sling it cross-body, and I am always aware of its presence. The weight (maybe 2.5 pounds camera and bag) and bulk, however, are not troublesome and are much less than a camera bag and extra lenses.

I have the Canon SX720 arriving next week - nearly half the zoom of this P900. If the quality at max. zoom is good, and being a pocket camera, I might actually keep it.

dalethorn said:
I have the Canon SX720 arriving next week - nearly half the zoom of this P900. If the quality at max. zoom is good, and being a pocket camera, I might actually keep it.
Click to expand...

Excellent. We'll be eager to learn how that goes. And you keeping the P900?
D

Biro said:
Excellent. We'll be eager to learn how that goes. And you keeping the P900?
Click to expand...

I don't have the P900 - I have the Pana ZS100 now, and I hope to add the Nikon DL 18-50 compact in May or June. I want the DL regardless of how these others work out, and one of them will get donated to the photo club in late August, most likely the ZS100, unless the SX720 proves to be a dog.

I was a bit disappointed that the land of astonishment was the Hudson River.
P

Just finding my way round and came across this thread,had my P900 for a while now it replaced my P610,haven't used it much this year but i find it is a useful tool in certain situations,a few sample images. 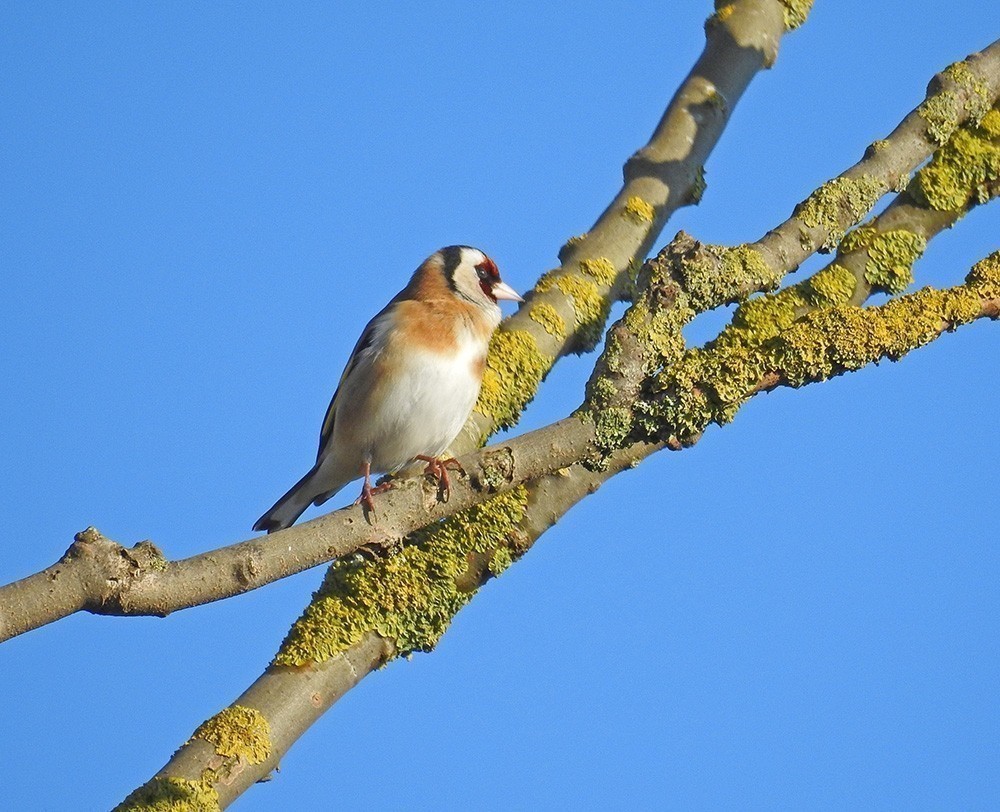 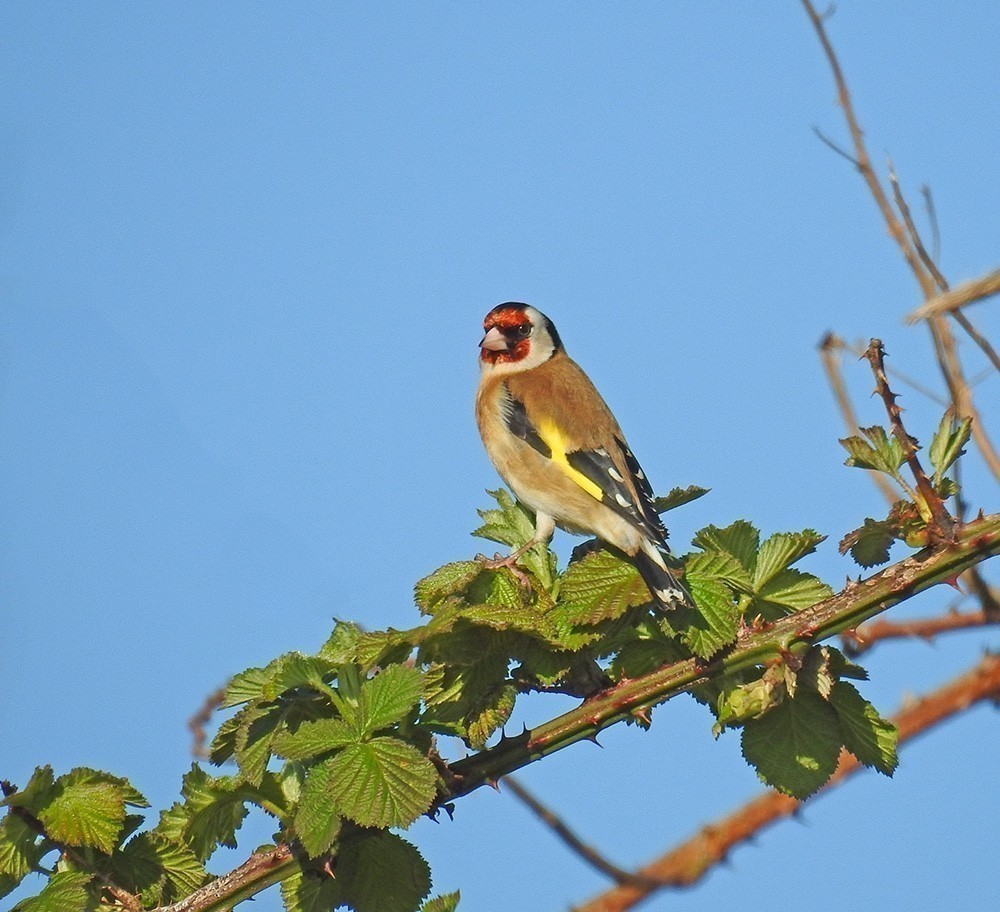 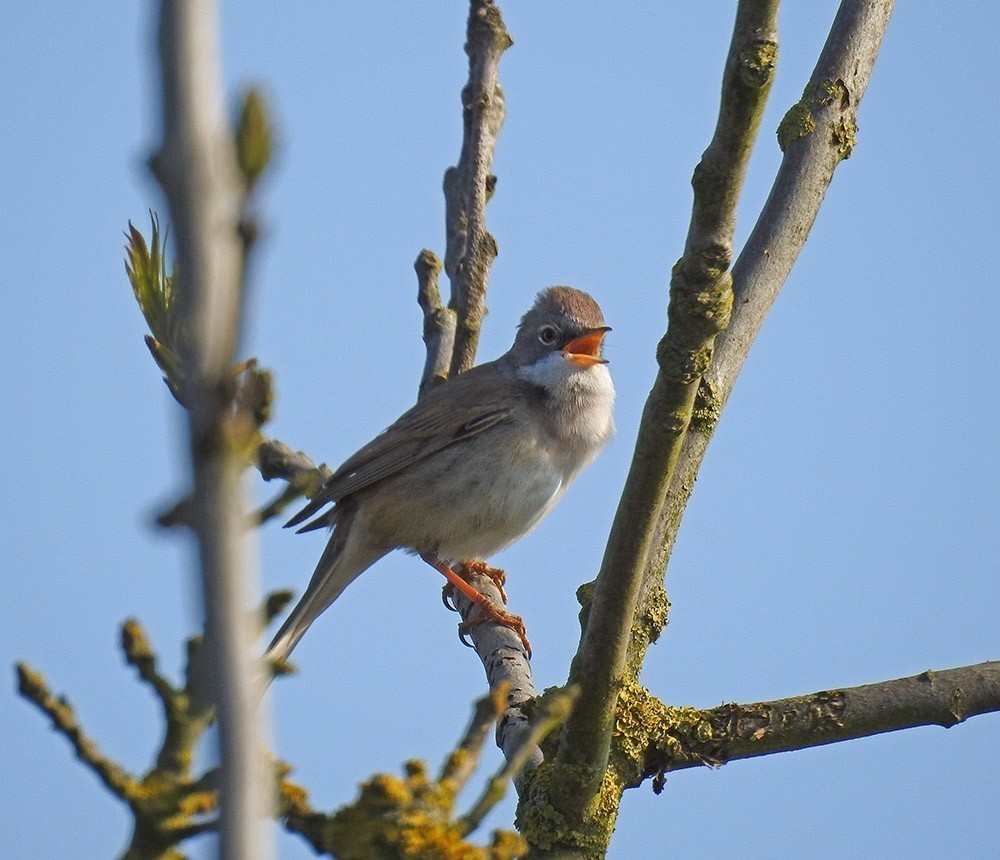