And the Award for 'Most Serious Compact Ever' Goes To...

The Leica O-series model pictured below recently sold at the Westerlicht auctions in Vienna, Austria for the highest price ever paid for a camera: 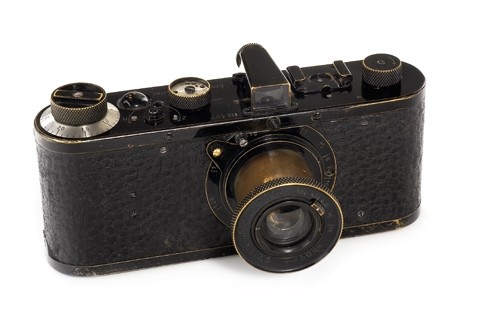 According to those present, bidding exploded past the pre-auction estimate when word broke out that the item being auctioned was one of the world's first "full frame" cameras.

I need a jaw dropping emoticon!

Yeah, I figured about the "mintish".

Any firmware updates on this one? Sorry, just had to.

I'm not saying that's the case, but that would be an effective way to launder $1.9 million dollars and make money in the process. The evil-doer could buy it for something like $400k, shill it up and sell it to himself for nearly $2 million, then a year later sell it on again. It should be no problem to get back the original $400k plus commissions, as the higher market price of $1.9 million has now been established at auction. The evil-doer could even make a huge profit!

Moderator
So I am guessing that The Black Leica III with Nickel Elmar was a comparative bargain at $15 from Mom's antiques. Maybe the $15 chrome Leica IIIa with Summar was overpriced?

S
Serious Compacts: The Care and Feeding Of