I had posted this initially "across the hall" but would like my SC buddies to see it too, particularly given that there are a few Aussies here.

The 25th of April is commemorated in Australia and New Zealand as a day to remember lives lost in wars during the short history of the two nations. The date of ANZAC Day comes from the year 1915, when forces from the two countries, still fresh from independence from Great Britain, fought under their own flag for the first time (albeit under British command - go figure). In the pre-dawn of April 25th, 1915 the Australian and New Zealand Army Corps (ANZAC) landed on the Gallipoli Peninsula in Turkey as part of a combined force to take control of the Dardenelles Straight leading to the Black Sea. The campaign was a disaster for both the Allied forces and the Ottoman Turks with huge casualties on both sides.

The following are a few photos taken after the close of a service I attended yesterday morning. In the pre-dawn with rain threatening there was not much light so the quality of the pictures is not great. All shots were taken with an E-P1 + Leica 4/3 14-50mm f2.8-3.5 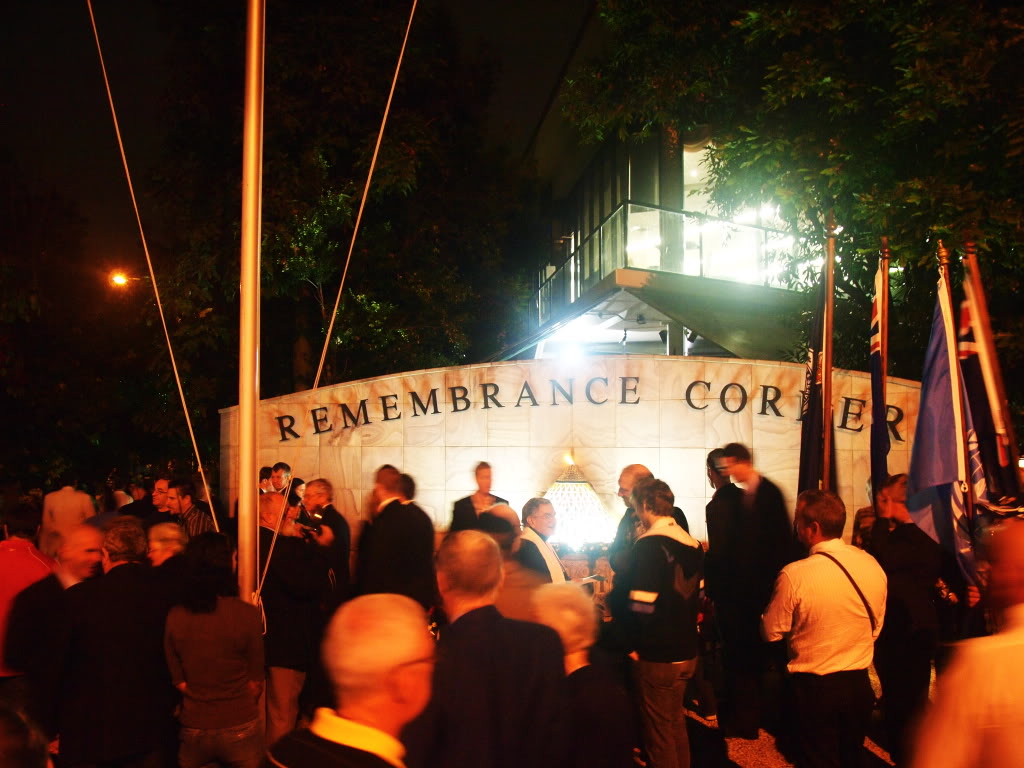 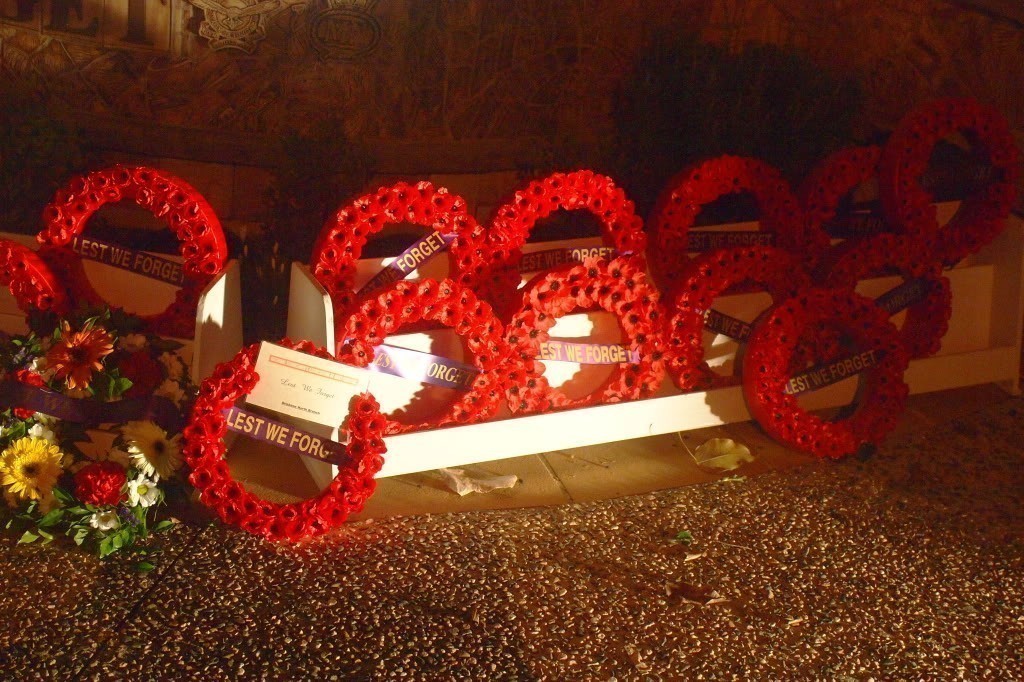 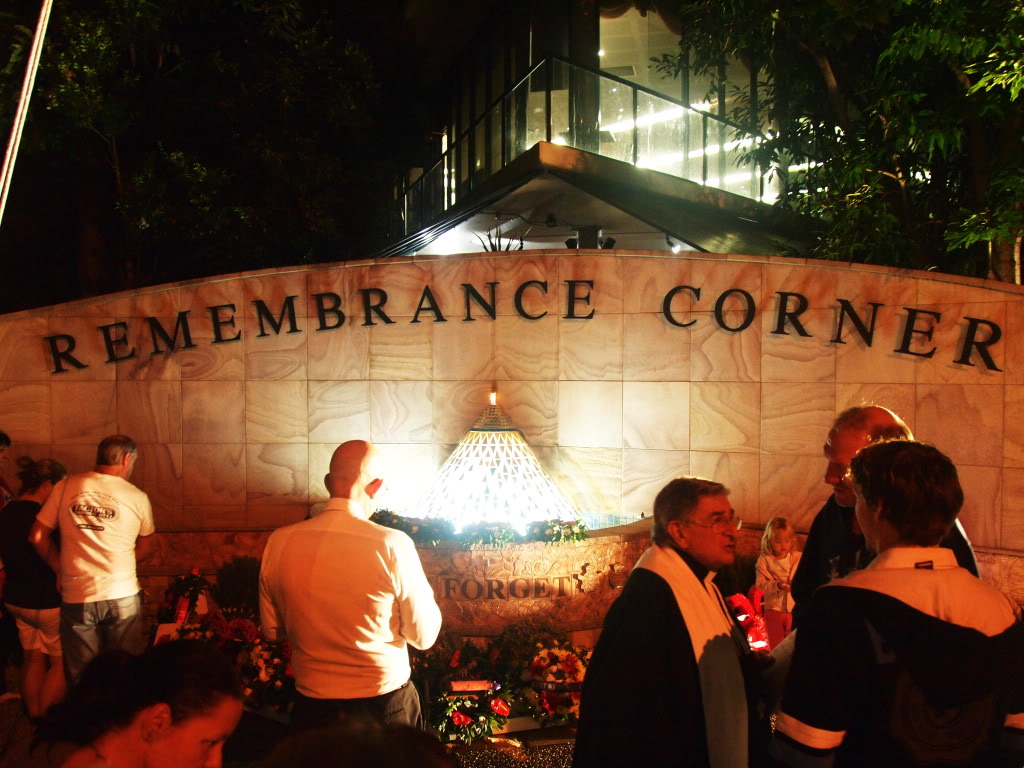 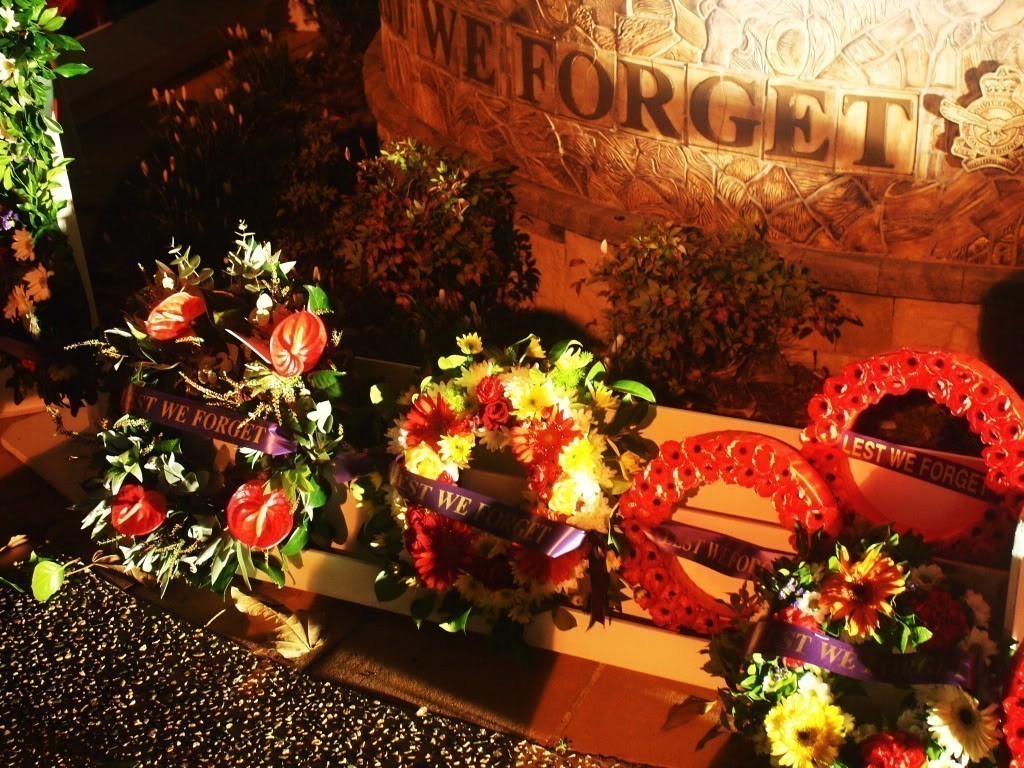 The term "lest we forget" is often spoken at the end of the ode of rememberance which is recited at every ANZAC Day service, as shown below

Thanks for sharing Nic. I remember reading and watching about the Gallipoli campaign. I still remember the last scene of the movie starring Mel Gibson.

Here's one with the GRDII a few dawn services back. 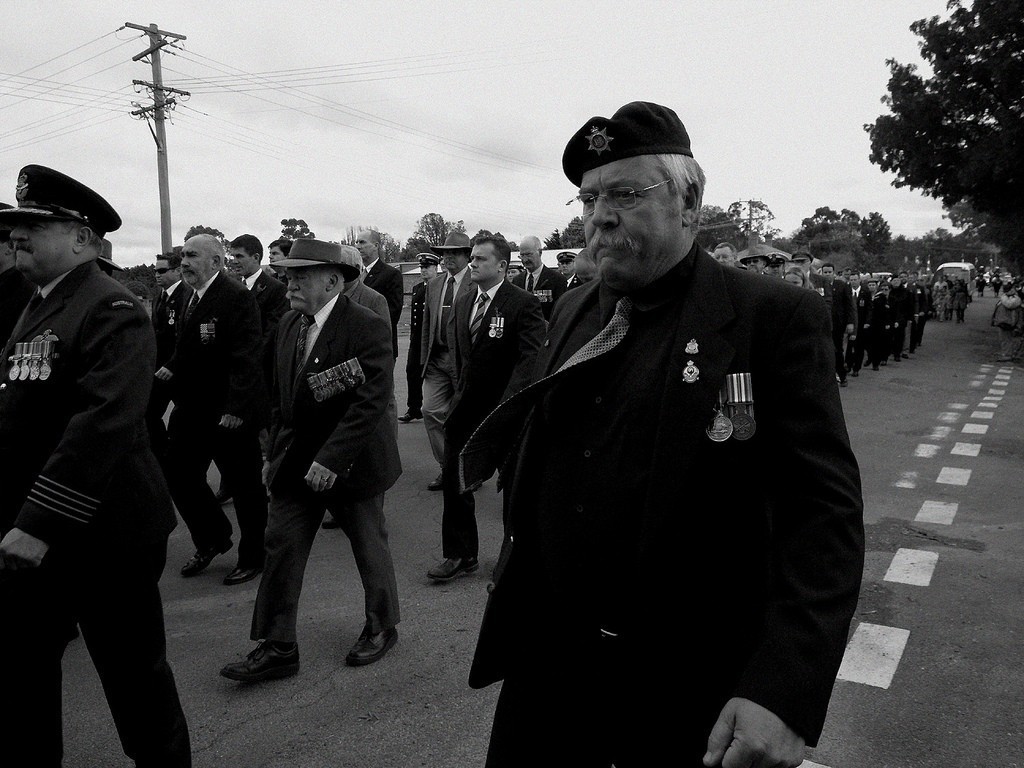 Armando, I'm pleased to hear that a small Australian production like Gallipoli is known overseas. I have seen it many times and indeed the last scene is very sad.

Mark, great shot of the ANZAC Day parade, and nice in B&W which the Ricohs seem to do so well. I only went to the dawn service so I didn't see any of the parades later in the day. It's very moving to watch the old diggers marching in honour of their fallen mates.

Nic, thank you so much for these - and Mark, for your image, as well. I'm sorry that I'd forgotten the 25th was ANZAC Day. We have a neighbor and friend who is Australian, and I should have called her. I will today.

Seeing these pictures and reading the engraved words...the night lighting, the somber faces of the paraders, all underscore the sobering nature of war and the commemoration of those who died.

As for the movie "Gallipoli" (1981), it has been and always will be one of the most moving antiwar movies I have ever seen. Add to that list is another from your country, if I'm not mistaken - "Breaker Morant" (1980). Two movies, if anyone hasn't seen them - you owe it to yourself to make the time to.

As an addenda to this post, last year in 2010 I travelled to Turkey and attended the ANZAC Day dawn service at ANZAC Cove, Gallipoli. I can highly recommend this experience to Australians and New Zealanders, or anyone for that matter. It's freezing cold, crowded, and it is hard to shake the feeling that it sometimes seems more like a festival than a commemorative service, but it is still a very moving experience. What I would suggest is that you make a second visit without all the crowds; so that you can walk amongst the headstones in the now peaceful surroundings with only your own thoughts as background noise.

The following images were taken at Gallipoli on my Ricoh CX1. I was using the Ricoh as a second P&S camera alongside my EOS 50D so these aren't really a comprehensive set of images of Gallipoli, but were at least taken with a compact, if not an entirely serious one 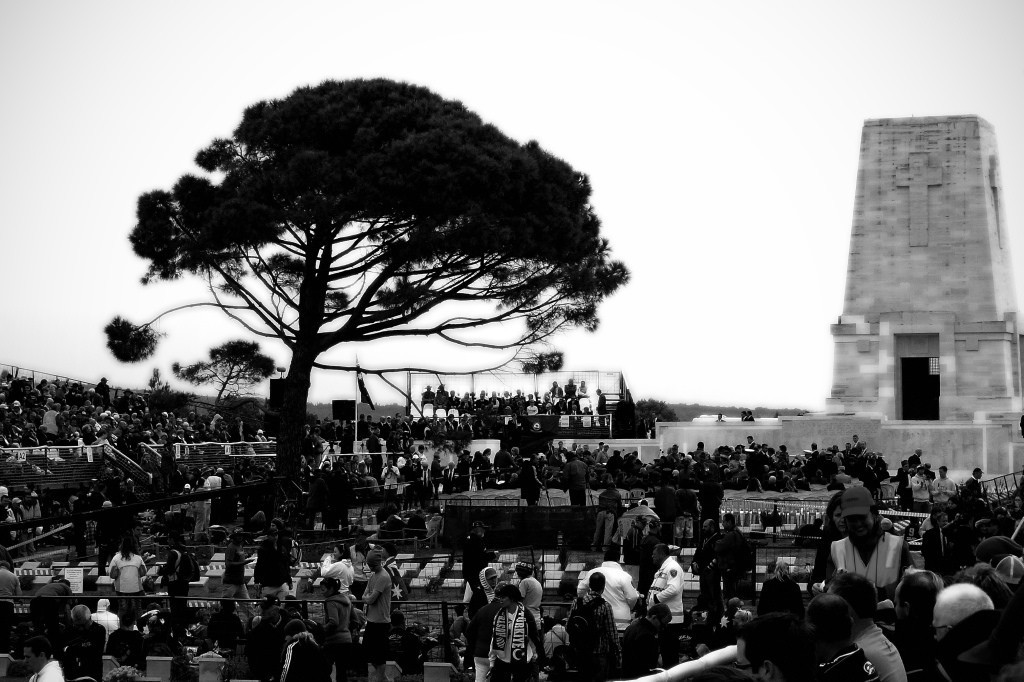 Australian memorial service at Lone Pine Cemetary. The crowd is deathly silent when the lone bugler plays The Last Post at the close of the ceremony. 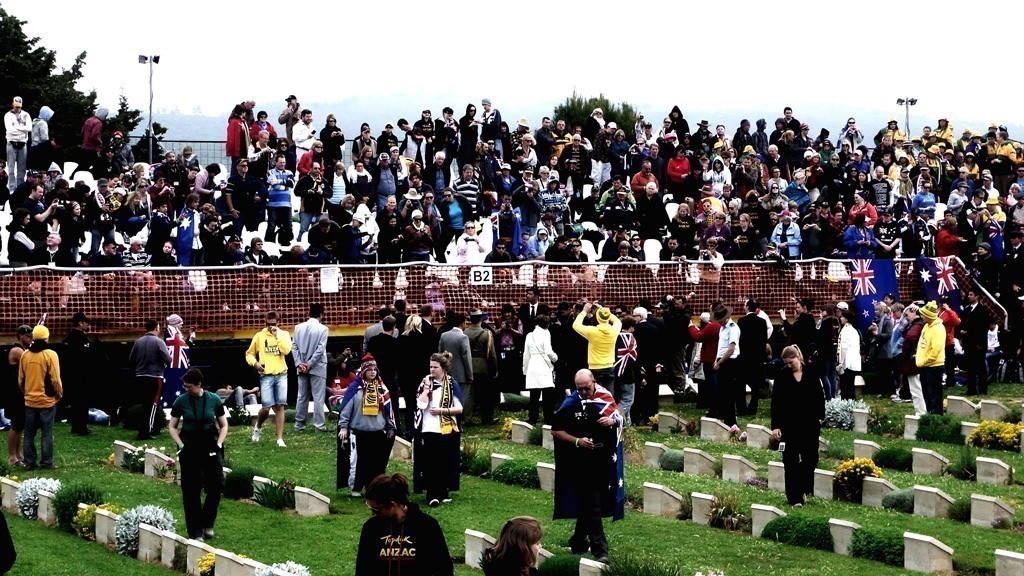 Again at Lone Pine, after the end of the ceremony, with the Australian Governor-General Quentin Bryce doing a "lap" of the temporary grandstands while people walk amongst the headstones. 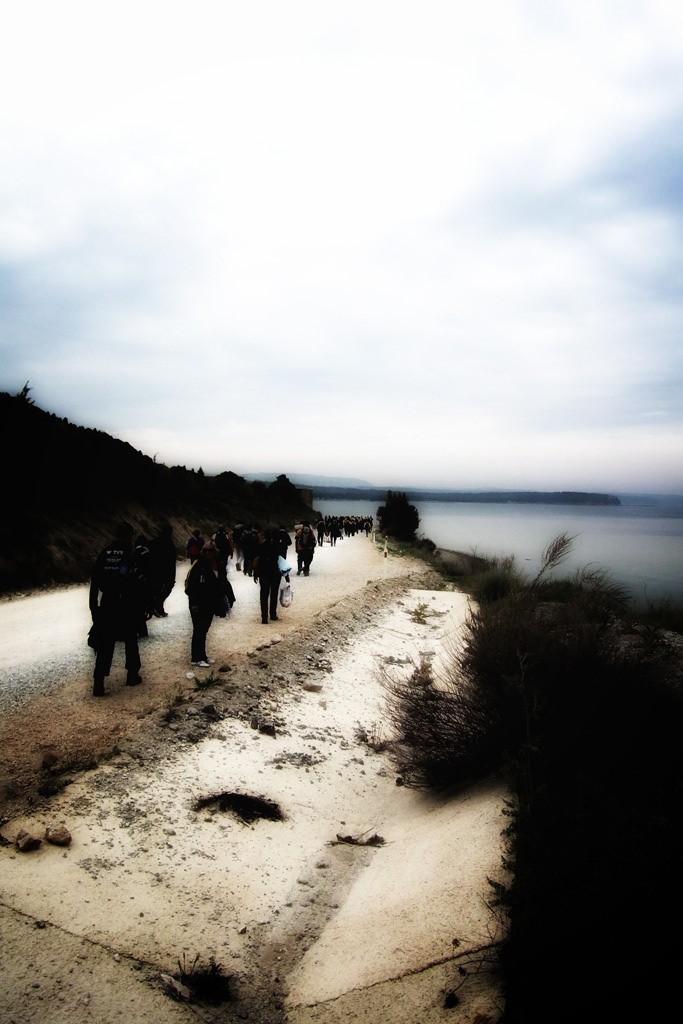 The start of the long trek from the dawn service at ANZAC Cove to the Australian service at Lone Pine Cemetary, followed by the New Zealand service at Chunuk Bair. 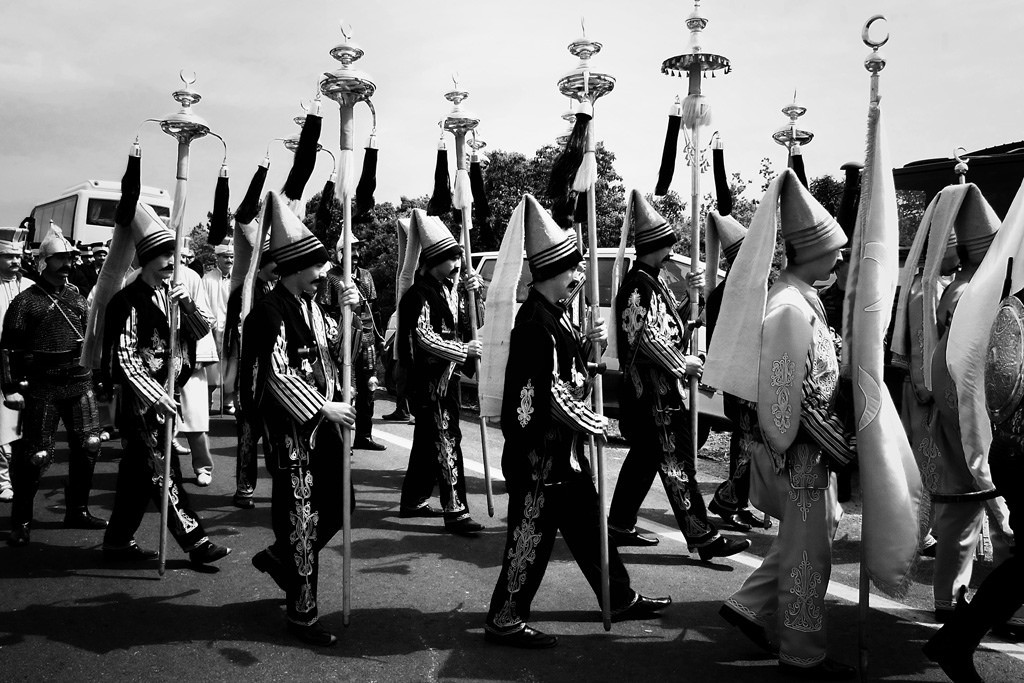 Sadly there is not time to attend all the services. On the way from Lone Pine to Chunuk Bair you pass the Turkish memorial service. 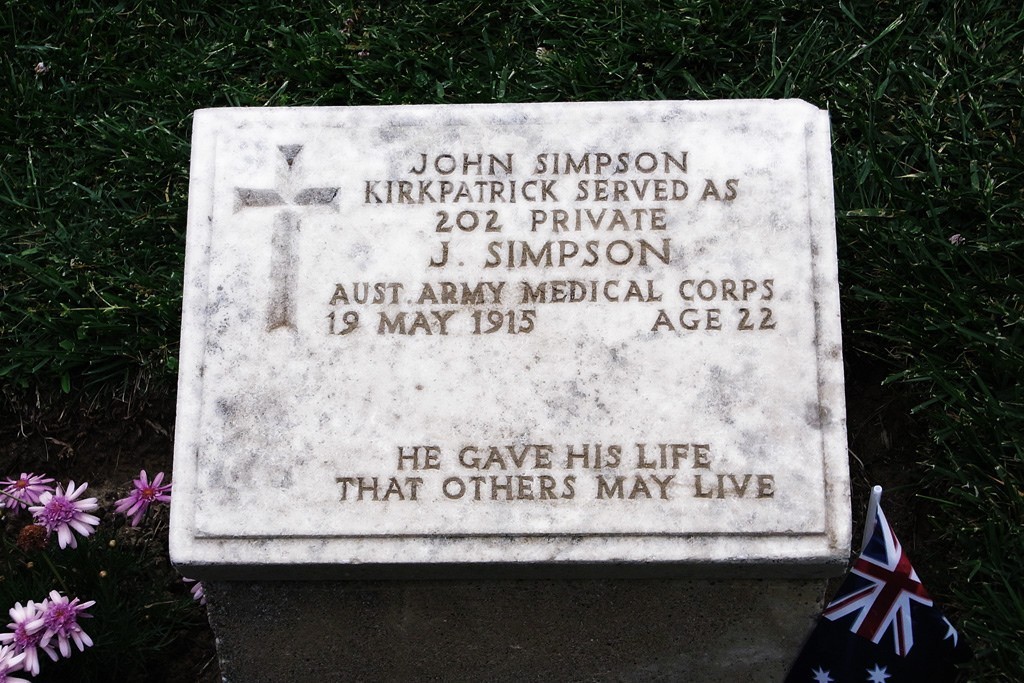 The headstone of John Simpson, of "Simpson and his donkey" fame. Simpson was an army medic who carried wounded soldiers from the frontlines down to the beaches on the back of a donkey. He was killed by shrapnel in the later stages of the campaign. 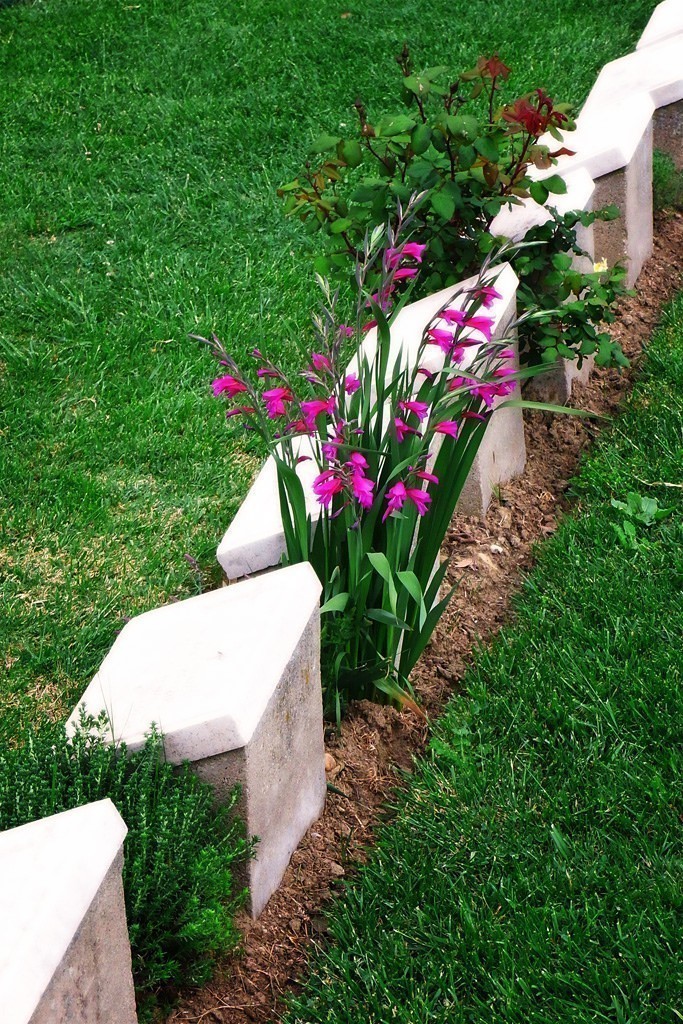 As a joint effort by the Turkish, Australian, and New Zealand governments, the cemetaries are beautifully and respectfully maintained.

I really like the photos from the Ricoh. Great colors. Are those colors straight out the camera or via PP?

The Ricoh does tend to produce colours that are a bit more muted than I might get from my Canon or Olympus cameras, and is usually very good to use for B&W conversions or low saturated shots like the third and fifth images. Every shot was tweaked one way or the other using Photoshop, some using a trial version of the Nik Colour Efex plugin which I'm playing around with at the moment. It is not without shortcomings, but I really like this little Ricoh. I only took it with me overseas as second pocket-size camera but I have been very pleased with the results from it.
Share:
Facebook Twitter Reddit Pinterest Tumblr WhatsApp Email Share Link