Are there any current examples of high-end photography gear being white labeled by a less expensive brand?

Administrator
The Film - Words Have No Meaning Anymore thread got me thinking about the early days of digital photography where there was a lot of brands out there licensing products from well known camera vendors in order to 'white label' them with putting their own branding on it. Walking into stores back then, it wasn't uncommon to see nearly identical cameras with just different branding on them and packaging. It seemed like any electronics maker was desperate to get in on the market by putting out something with their name on it.

Those days are over but it got me thinking if there are any current examples of white labeling going on where consumers may be getting a bargain without really knowing. I know about the crossover with some Leica and Panasonic products, are there others?

The only one I can think of is the relationship between DJI - primarily known worldwide as a manufacturer of high-quality drones - and both Leitz and Panasonic. The Leica Geosystems division has had a long business relationship (shared technology, etc) with DJI - and Leitz itself has a long-lasting collaboration with Panasonic on cameras and lenses. The one example I can think of is the Panasonic-Leica (PL) 15mm prime lens, a superb MFT semi-wide-angle prime. The lens was supposedly designed by Leica engineers working in tandem with the Panasonic counterparts. Years ago, Panasonic started manufacturing the PL15 lens with DJI branding on it. The DJI-branded PL15 lens (with no Panasonic or Leica markings on it whatsoever) was offered by DJI as a high-quality optic on some of their photo-drones. A number of savvy photographers discovered this, and after several independent comparisons, discovered that the two lenses - the PL15 and the DJI-branded 15mm - were identical. For awhile at least, one could find and purchase the DJI version for less than the official PL version. I bought one myself, and it is among the best MFT lenses I have ever owned or used.

My sense is that the former price advantages (buying the DJI version instead of the PL version) have disappeared, as the pricing of standalone DJI versions wound up equalling or occasionally exceeding that of its Panasonic-Leica badged siblings.

Supporter
I have seen mentioned that Sigma are constructing and producing some lenses for sale under brand names for other companies, but as I am rather content in my system I have let it pass somewhat unoticed, so havent made any notes as to what and for whom. Also uncertain if it is rental production/exclusive sales or a mix of the two.

Cosina definitely doesn't produce a brand spectrum of brand names anymore, but they've done well by the Voigtländer name in the years since acquiring it. Their Zeiss M-mount camera was another good example in the past. I do wish Cosina would expand beyond their stable base of Voigtländer branded lenses into something more daring...

agentlossing said:
Cosina definitely doesn't produce a brand spectrum of brand names anymore, but they've done well by the Voigtländer name in the years since acquiring it. Their Zeiss M-mount camera was another good example in the past. I do wish Cosina would expand beyond their stable base of Voigtländer branded lenses into something more daring...
Click to expand...

Doesn't Cosina still produce the Zeiss ZM lenses as well? I think it's the case, but don't quote me on this ...

Apart form the DJI story mentioned, I'm not aware of any such thing going on ... On the contrary, I actually think things have mostly reversed regarding the approach:
I think that we're going to see more similar cost saving measures in the future - and personaly I think there's nothing wrong with this.

However, in most cases, I'd opt for the original instead of the upmarket version ... I don't like paying for labels only.

I only know of a few.

The Leica Sofort is basically a Fuji Instax Neo 90 camera with a redesigned case.
Leica and Panasonic have been in bed for years like this.

Back a few years, Fuji put a "Super CCD" digital sensor in the Nikon N60 and called it the FinePix S1 Pro.
Then for the S2 Pro, Fuji used the Nikon N80 body with an upgraded Super CCD sensor.

Can't confirm, but the Fuji S5 Pro looks to be a D70-ish looking body. 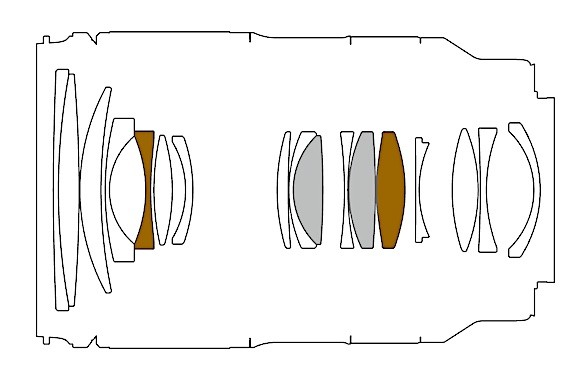 Last week I mentioned on social media (Facebook and Twitter) that Nikon may announce another new lens. I now have more information on that new lens – the Nikkor Z 28-75mm f/2.8 will not be an S lens and it will be priced at $1199.99 in the US. For comparison, the price of the Nikkor […]

Very interesting development ... Exactly along the lines I mentioned above, though there may not be (for some time) a "third-party" version (i.e. Tamron original) of this lens.

We'll see what this boils down to.

I hope someone has it only almost right, and there'll be the first Tamron lens for Z mount ... That'd be a real treat because it'd mean that Tamron has cracked the Z mount ...

Supporter
Tamron, Sigma, Tokina, Cosina, are designing and sometimes producing a whole lot of lenses sold as OEM lenses. Zeiss doesn't produce its own lenses for consumer cameras at all anymore afaik. If memory serves, the Olympus 75/1.8 was a Sigma design, to name just one. Samsung NX's highly regarded lenses were designed by a Korean company whose name escapes me. Tamron has designed OEM Nikon lenses, Pentax lenses are often designed by Tokina, the list goes on and on. But then you are paying OEM prices for those lenses.

OPTRON-TEC was the lens manufacturer for the NX line! I just googled it a bit, since Samsung NX1000 was one of my cameras, and I was also interested in who makes their lenses. I desperately wanted to get the vaunted NX1, but alas..
Beautiful lenses as well! Too bad they left the market! Considering how good the NX1 was in 2014, by now they would have some epic specs on their cameras!
Last edited: Dec 14, 2021