I'm in Norway at the moment and I get to watch it during the day. Two days of incredible racing. Cadel looked, for the first time, like he had what it takes to win the tour, and he probably will.

P.s. All my thoughts are with those who have family in Oslo. I'm flying in tomorrow.

flash said:
P.s. All my thoughts are with those who have family in Oslo. I'm flying in tomorrow.
Click to expand...

I hadn't heard until I read your post. Horrific. Surely puts sports in perspective. My thoughts go out as well...

I'm hoping for a few "surprises" during the time trial - When Andy was asked if he could win, he categorically said yes, Evans was not too communicative after the end of today's stage - only saying that he had failed on the last two occasions when he had been in a similar position, (only a minute behind the yellow jersey, before the time trial)

There could, (will), be a few "fireworks" in the sprint finish in Paris as Cavendish is not fully "home and dry" yet - he could be pipped at the "points" post

It has been a great tour "to watch" and even Contador put in a "brave" effort today, as did Sammy Sanchez - the first stage win for a French rider pleased all the frogs - I am really looking forward to the final two stages - (I only wish it could be decided on the last day - but it never is!!!)

It is one of, maybe THE, greatest sporting events in the world - and the riders are just "men of steel"

Hooray!!!!! I'm not sure I dare to post who won, in case some are still watching??

They will all be in bed "down under"

I doubt anyone was in bed down under! And any Aussie who gets up and checks HERE before checking out the TDF results deserves to see what they see. So, major props to Cadel!! He was clearly the most deserving rider and even turned me from someone who didn't much like him into a huge fan. His riding the last three days was absolutely championship caliber stuff full of way more guts than I ever suspected he had. He fully deserves all of the accolades he's gonna get. Andy will have more chances and he'll probably learn to time trial, just like Contador did and many of the great ones do. But for this year, he was never gonna hold off Cadel with only a minute in his pocket over 40 km. And big props to Thomas V for hanging as tough as he did and finishing 4th - I'm guessing they don't let him go up the road in every first week breakaway next year! And to a proud Contador for fighting to get back in the top 5. GREAT race - most entertaining race in years, really...

Bill, "men of steel" is right! Amazing what these athletes have done!

And your point is well taken, Ray...if this comes as a surprise to any of our pals from Down Under if they're only learning about it hear. 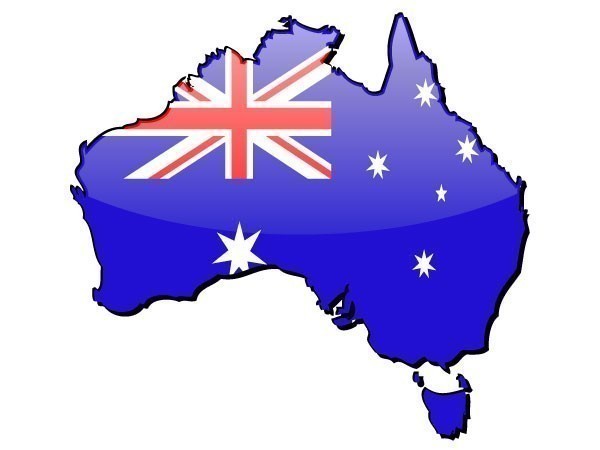 I know there are a few cycling fans here. Hope y'all got the chance to watch the Tour de France this year. Without the retired Lance Armstrong, and with a subpar Alberto Contador, this year's TDF was a wide open race. 3/4 of Radio Shack's yellow jersey contenders crashed out before the beginning of the third week. And so did Great Britain's champ Bradley Wiggins and the old but ever dangerous Alexander Vinokourov. Thomas Voeckler hung on to the yellow jersey for ten days. And when it seemed like Andy Schleck would have an insurmountable lead over Cadel Evans on the epic Stage 18, Evans clawed his way back without anyone's help and finished the day only 57 seconds behind Andy. Contador decided to go out with a bang on Stage 19, and there were tons of fireworks throughout the entire Stage 19. Then it was all Evans on the time trial today. He had the time trial of his life and ended the day in yellow. Tomorrow is all about the sprinters, and here's hoping that Tyler Farrar wins in Paris.

Congrats to Cadel Evans and Team BMC! The Schleck brothers need to learn how to time trial. And Contador needs to eat more steaks.

Yeah, classic stuff - there's another thread on it somewhere here... You forgot to mention that Cadel had to claw back Contador and Schleck AGAIN yesterday after Contador went on his flyer and took Andy with him. As I noted in the other thread, I've never been much of a Cadel fan and didn't think he had a TdF win in his system, but he won me over BIG TIME in those last two stages in the Alps and I was rooting hard for him today. And big props to Andy S for going for it and not quite making it, Voekler for hanging as tough as he did for as long as he did, and Contador for continuing to fight and to animate the race even once it was clear he wasn't gonna win it this year. As much as I liked watching Lance dominate and still like watching Contador dominate (he was unreal in the Giro this year), its a LOT more exciting when its close and guys really have to scratch and claw for it.

Honestly, I kept waiting for Evans to just fall apart each stage like he did last year. He didn't attack very much this year, but he managed the gaps so well, and was not afraid to do the chase himself when no one would help. Strategically, he rode the perfect race. I still think Andy could have won this year if he had attacked more in the Pyrenees instead of the few attack and stop, attack and stop he did. However, that might not have been enough if Evans was destined to put 2:30+ on Andy in the time trial. Evans' form today looked like Lance in the old days when he would dust Ulrich at the time trial.

Yeah, today was very impressive, but you EXPECT Cadel to do well in the TT. The key was the way he kept himself in position for it to matter. What he did to chase back those two breaks in the Alps, almost singlehandedly, yesterday and Thursday was simply amazing to me. He's never been an attacking rider - its not in his genes or his mentality, but he defended like an absolute BEAST those two days and under extreme pressure the whole time (not to mention a brutal headwind on Thursday!). He basically pulled off heroic rides two days in a row to save the Tour each time. That just put him in a whole new category of respect in my book. He FULLY deserved to win this race and I'm really happy for him. He should have taken enough time out of Sastre in the final TT to have won back in 2008, but I was rooting hard for Sastre to hang on because he really fought for it on the Alpe and Evans just played defense. But this year he did ALL of the work to put himself in position to win it today. Good on him!

Just merged the two threads so we could all celebrate Cadel's win together!