My boys found a tiny baby turtle stuck in our window well yesterday: 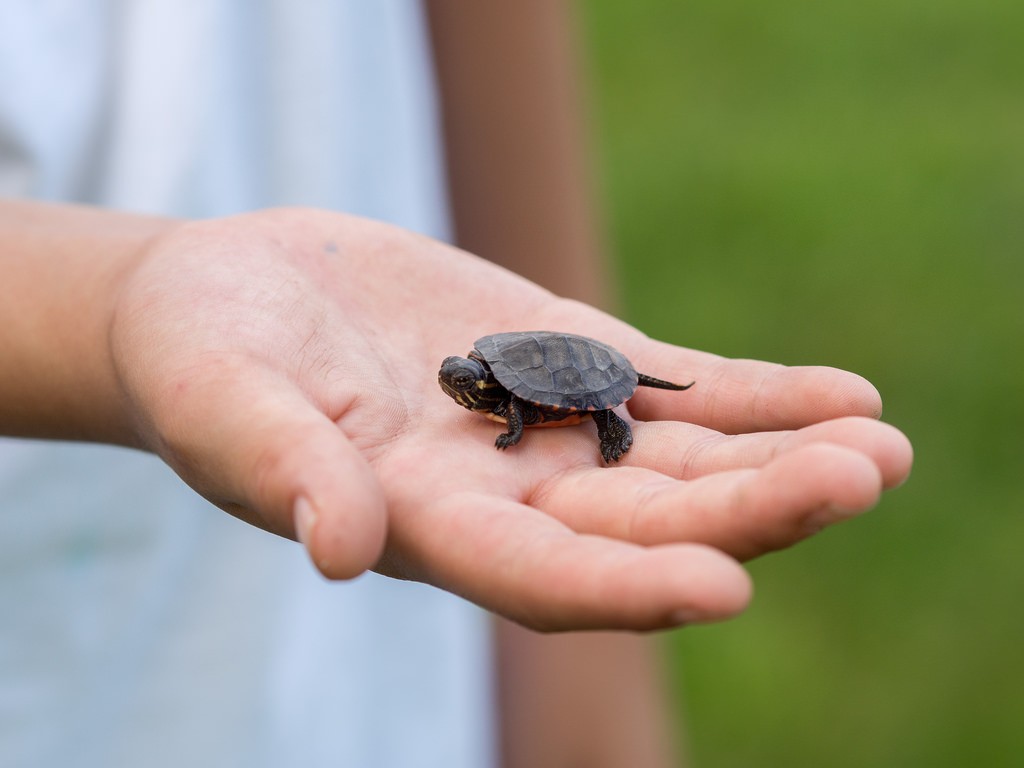 
We took him to a pond a few blocks away, and he took right off into the water - was chomping away at some little green bits in the water for a long time. Must have been starving from being trapped in that well. Here are the boys and their friend looking for a good spot to let him go. You can see him in Oliver's hand: 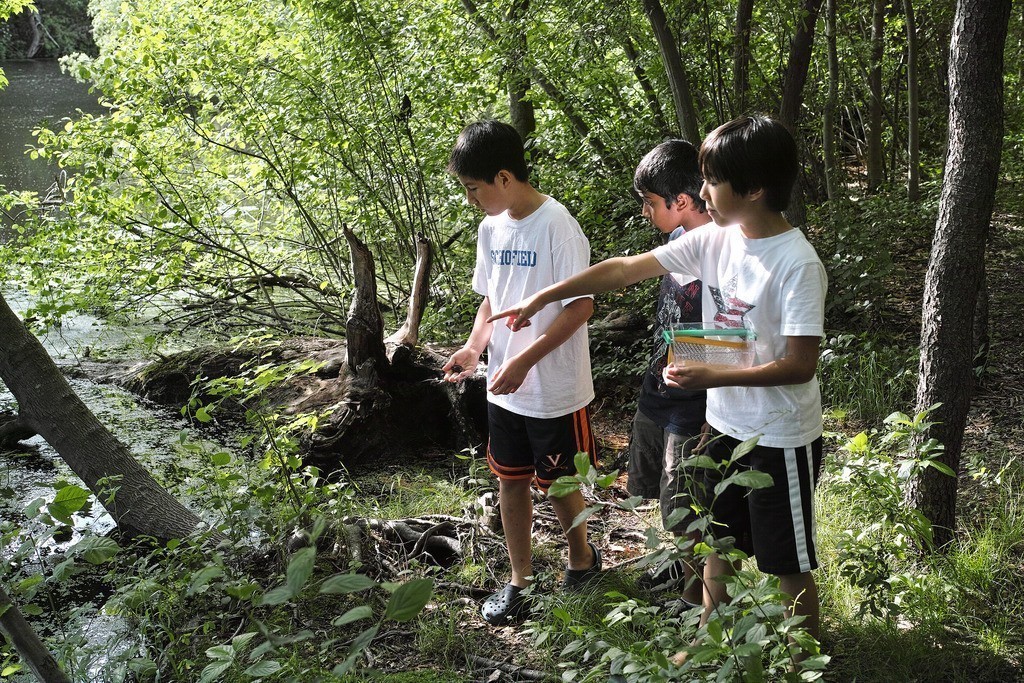 Many turtles lay their eggs a considerable distance from the water, and the offspring have to make their way back. Besides rescuing the little guy, you make his trek considerably easier!

brings back good memories of finding toads in the window well and bring them in the house. Mom wasn't impressed. The neighborhood pond was always a place of discovery....turtles, butterflies, tadpoles....a little microcosm a few blocks bike ride away.

Luke said:
brings back good memories of finding toads in the window well and bring them in the house. Mom wasn't impressed. The neighborhood pond was always a place of discovery....turtles, butterflies, tadpoles....a little microcosm a few blocks bike ride away.
Click to expand...

We had the same thing. Always something falling in/living there.

Glad the boys were able to help out the little guy.
I

That would be in the Slider family, a hatchling. That was the size of our Red Eared Slider [denoted by a red slash of color on either side of the head by the ear holes] turtle when we got her in Chinatown. I found out shortly after that merchants aren't allowed, in this state anyway, to sell turtles under four inches because small children seem to like to put them in their mouths and of course they can sometimes get sick from salmonella. Not all turtles have it, mine doesn't, but many reptiles do. Not illegal to own one that small btw, just to sell them. We were turtle innocent at the time but as our little dinky girl [Named Steve after Steve Irwin died - Kids liked him] began to grow, we went though tank after tank for her. now she has a 100gal tank. The males get to be about four inches from front of shell to back, the females become the size of dinner plates. So little Steve is now the size of a dinner plate, roughly 10-11 inches or so from front of shell to back. She lays clutches of eggs 2-3 times a summer season and the clutches can range from about 6-7 eggs to the high teens or even low twenties. As they become full with eggs they eat less, think of all that inside you, no room-- and they also develop an urgency to lay and explore for the right spot. Sliders look for warm moist areas to lay their eggs in as dry would dry out the leathery shells and cold won't incubate well. So while they can go a distance from a water source they aren't terribly far and seem to have a homing device as far as finding water. Steve has a homing device that locks on the house. After being outside in a water pen during the warmer days [a heat lamp is used for basking to help with warmth as well as digestion, inside], the turtle when let out of her outside home walks towards the house. She will take food from your hand rather nicely and doesn't bite but that doesn't mean a stranger turtle won't and they have very hard beaks. I think we have a very personable exception to the rule. Turtles eat constantly but need to suck in water in order to swallow as they have no saliva so yes that little hatchling was probably very hungry but even if it weren't, they eat quite often if food is present and food is anything from greens to insects to ground laid eggs, even other turtle eggs. You definitely saved its life in rescuing it from the window well and gave the boys a lesson in caring for natures animals. Good for you and for them helping you! Adding that if you've had a lot of rain like we have in the midwest here, the wetlands expand but as things dry, a little way to water can become a big way. You might see more of these little guys depending on where the turdle felt conformable laying her eggs.

Cindy, the baby longhorn, taken with A33