I know some of you on here are connoisseurs of camera bags so I thought I might ask for some advice. I currently use a Lowepro Exchange Messenger bag and I'm looking for a replacement. I want something similar in style - over shoulder/messenger - and similar in size - able to carry an NEX camera with lens attached with room for up to two more lenses (all primes so nothing really bulky), my RX100 form time to time and the usual collection of cards, batteries etc.

My one big requirement is that the main compartment has to have the option of zip closure as well as the usual buckles/clips. Ideally, I would also like something that comes with a waterproof cover, though that is not crucial. Finally if there were space to slip a 7" tablet in there that would be a nice bonus. It doesn't need to be anything fancy, in fact the less obviously a fancy camera bag the better.

What I am using and liking now is a Timbuk2 Snoop messenger bag in the small size. The small version's insert has a zipper. It is very water resistant and there is room for a iPad or ultra-thin laptop (my Macbook Air 13 just fits) in a dedicated back panel. One thing I like most about the bag is that it is not too deep (sits close to the body) and is less tall than most messenger bags (works a bit better for cameras).

One other idea is the Domke reporters satchel. Less weather resistant and you will need an insert (Snoop Small insert works) and probably a padded case for your tablet.

I like Caselogic bags, these might be close to what you are looking for (the first two have the raincover):

Tenba makes a nice option (mini messenger), Think Tank makes a few that should suit your needs, and there's always Domke to consider, although they're not super-exciting in the rainproofing department. The thing I don't like about most camera shoulder bags is that they're usually excessively deep for a mirrorless setup, being designed for full-sized DSLRs, or downsized in the 'wrong' direction and too small to do anything BUT carry a mirrorless camera. Most of Think Tank's bags fall into this category for me - look nice, but very bulky, don't hug the body at all. Domke's F-803 is about the right size/depth, but I don't like the aesthetics much (matter of taste). Billingham's bags are too expensive for me and I really don't like the look of them (again, taste), but many swear by them. I do think folks who believe they 'do not look like camera bags' are fooling themselves, since they don't look like anything but a camera bag to me

Bags I'm increasingly liking are F-Stop Gear's stuff - I have their Loka backpack for travel (great), and recently got their Milar series Bandon shoulder bag, which is all modern materials, fairly 'classic' look, has a zipper, but no real weather proofing options. Their Black Box series (District 13) also looks similar-sized, but more 'urban'. Zip top in the flap, but no zipper seal inside.

Personally, I think finding a store with a decent selection and actually getting your hands on various bags is always the best option. The internet can only help so much.

From what I've owned to tote similar gear, I would highly recommend the Timbuk2 XS with Domke 3-compartment insert. It's what I use now and it's great combo. Otherwise same insert in the Domke F-803. But you say zip so I'd suggest Domke F5xB (or F5xC if you need a little bigger). Zip aside and if money is no object then the Billingham Hadley Small. Again this is from my first hand experience. From what I haven't owned I'd love an ONA The Bowery to tote this sort of arsenal.

https://www.photographerslounge.org/showthread.php?t=26032&page=5&p=176251#post176251 on my Ari Marcopoulos bag. It has a rain cover that comes out of its own zipper pocket as well: 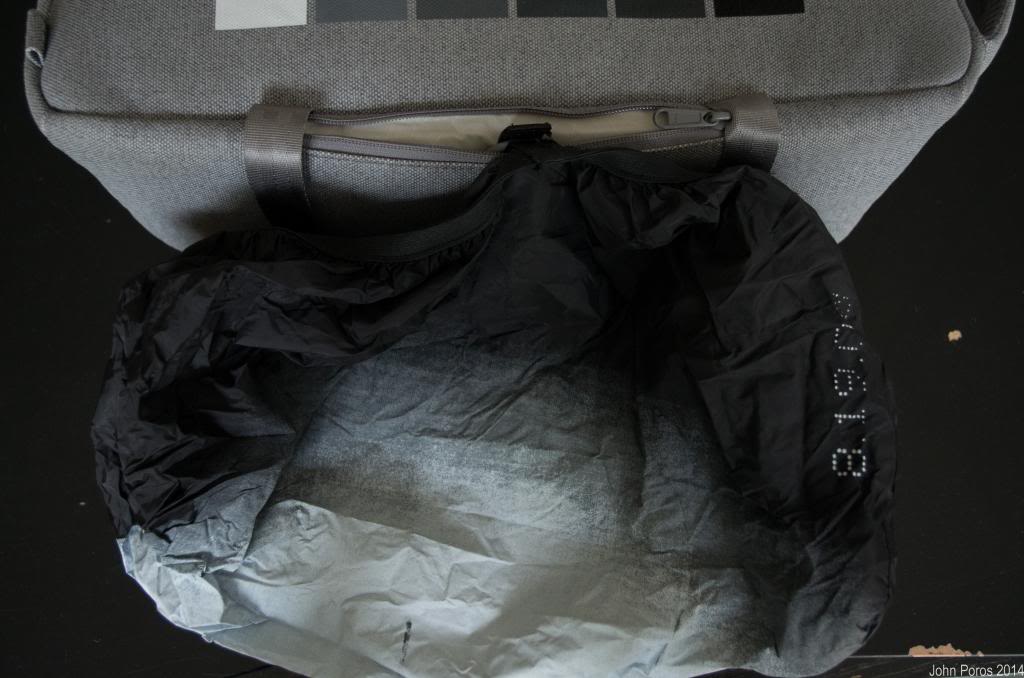 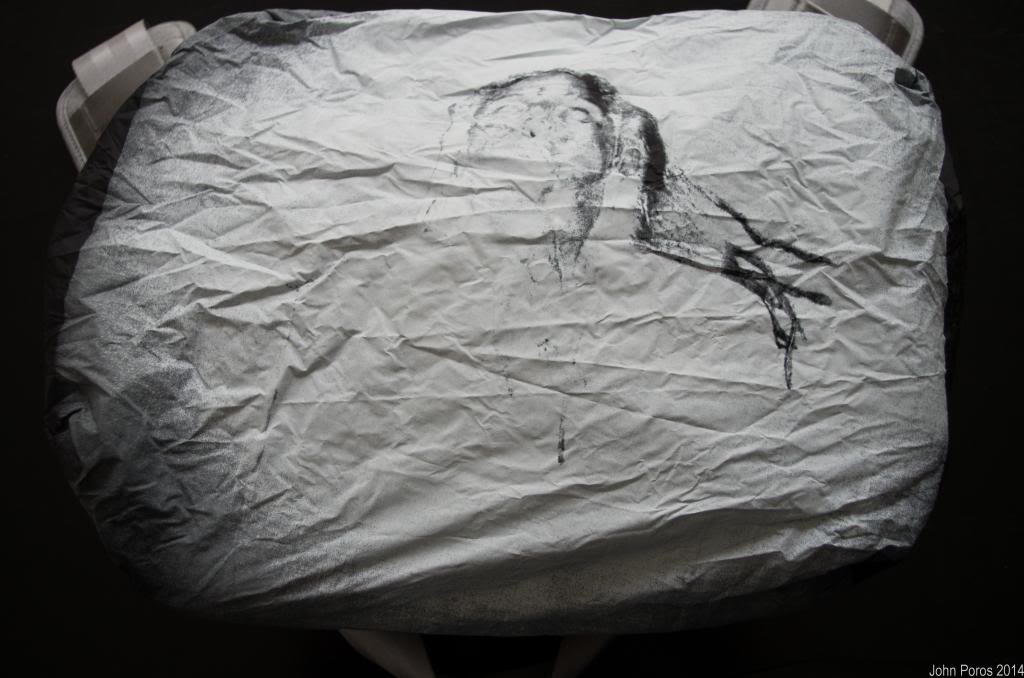 This bag has turned out to be great for my Pentax K-01, three lenses, and even carrying my Three Legged Thing tripod.

jporos said:
https://www.photographerslounge.org/showthread.php?t=26032&page=5&p=176251#post176251 on my Ari Marcopoulos bag. It has a rain cover that comes out of its own zipper pocket as well
[…]
This bag has turned out to be great for my Pentax K-01, three lenses, and even carrying my Three Legged Thing tripod.
Click to expand...

I had an Ari for a while. Really love the concept and the materials - but got mighty frustrated with the non-adjustable dividers. Don't you think it's a little big for the OP's (Olli's) requirements?

Reading this again I think the Domke 3-compartment insert is the best bet for the inside, with Timbuk2 XS classic messenger on the outside. Ticks all the boxes!…a ton of internal pockets for odds and sods (including 7" tablet i dedicated pocket) and the material is so durable and weather-proof without need for a cover. Finally, this was a very different way for me to wear a bag - not traditional shoulder bag but more bike messenger back sling. Weird at first but great once you get used to it. I love when you're in tight spaces that it doesn't knock things around like a shoulder bag - it sticks to you….great if you need to make a quick sprint in the rain or for a bus.

stillshunter said:
I had an Ari for a while. Really love the concept and the materials - but got mighty frustrated with the non-adjustable dividers. Don't you think it's a little big for the OP's (Olli's) requirements?

Yes, the nonadjustable dividers are a bit of a struggle. It could be big for his requirements but sometimes better bigger than smaller given how gear seems to collect. Timbuk2 seems like a great bag, I was considering it before I bought the Ari.
Click to expand...

Thanks for the suggestions everyone. Some of these are a bit on the big side but all your input is appreciated. I'm determined to stay small (I have no plans to accumulate more gear and I wouldn't want to carry more than would fit in a smallish bag at any given time) because I'm looking for low key and discreet. And I'm looking for low key and discreet because we recently found out - at rather short notice - that we're moving to Manila in a couple of months. This is also why I'm looking for a zip closure - big crowded busy city = lots of opportunities for nimble hands.

I've come across bags from a company called Ape Case. Silly name but one or two of them might work. Has anyone any experience with this brand?
A

I've been eyeing the Ari Marcopolous bag for quite some time, but I wonder if the non-adjustable dividers would bug me. Otherwise it looks like a great bag. The alternative is the Incase DSLR Pro sling pack, which has many of the same features but you can adjust the dividers, I think.

Thinktank cases like the Urban Disguise bags are superbly well made and very functional, but they don't mold to the body like a softer messenger. This seems to be the case for most dedicated camera bags. The Billingham Hadley Pro is wonderful but the insert makes it quite boxy. The Thinktank bags are even more boxy, which I am attempting to avoid. But if you carry a laptop or tablet in your bag, that point is moot. Nothing more rigid and flat than an iPad.

My current bag for everyday carry is the Lowepro Streamline 250. The front zipper has two padded compartments which are perfect to hold one compact each; in my case, they are the Ricoh GR and Panasonic LX7. The main compartment has a lightly padded tablet slot, and the inside is big enough to put various day to day sundries or a small ILC like a Ricoh GXR or Oly EM-5 with no grip. Under the front flap is a velcro'd section that has two pockets, large enough for spare batteries and extra cards. In more dodgy areas it is easy to wear the bag with the front flap against your body so the important bits are protected.

Looks very nice but way out of my price range. I'd need it on an 70% off sale first

olli said:
Looks very nice but way out of my price range. I'd need it on an 70% off sale first
Click to expand...

Yes expensive but maybe the last bag you'd ever have to buy.
R

olli said:
Looks very nice but way out of my price range. I'd need it on an 70% off sale first
Click to expand...

You could check out used on ebay. I secured my Hadley Original for £65. In fact I'm glad I bought second hand. It's nice and soft and doesn't scream expensive gear, because its a bit grubby with a couple of frayed corners. I was told by the owner it was 16 years old. I believe him. It still does its job though. And does it very well.. If I ever need to replace it, It will be with another Billingham. New or used.
I've looked at other bags since buying the Billingham , but I don't think I would get on with them as much as the Hadley.