Before the Mayflower there was the Matthew

In 1497 Giovanni Caboto, known to the english as John Cabot, set sail from what was then the second most important port in England, namely Bristol and on June 24th 1497 he landed somewhere on the shores of north America, nobody is quite sure where, but estimates range from Newfoundland, Nova Scotia, Cape Breton Isle, Labrador to Maine. He didn't stay long and doesn't appear to have contacted the inhabitants, although he saw signs of human habitation. John Cabot, his crew and ship disappeared during his second voyage to the new world.

This is the replica of his ship, the Matthew, sometimes known as the Matthew of Bristol. It's sailing from Bristol around Lands End and up the English Channel to take part in the Queens Jubilee sail past and is currently in Plymouth. I took the water taxi from Mountbatten to Phoenix Wharf where the vessel is moored. 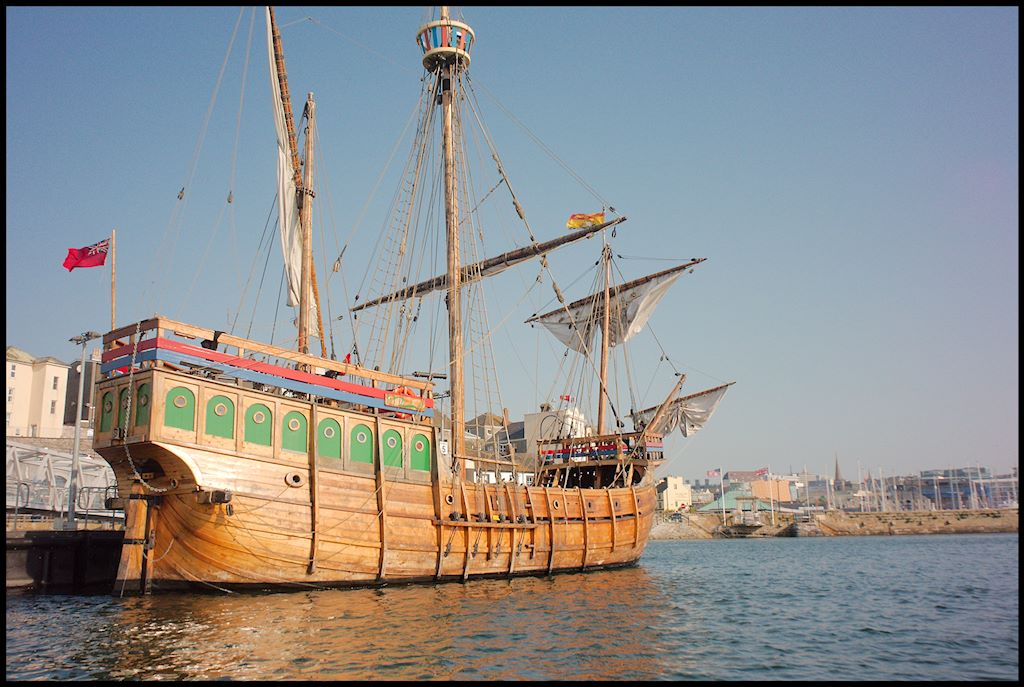 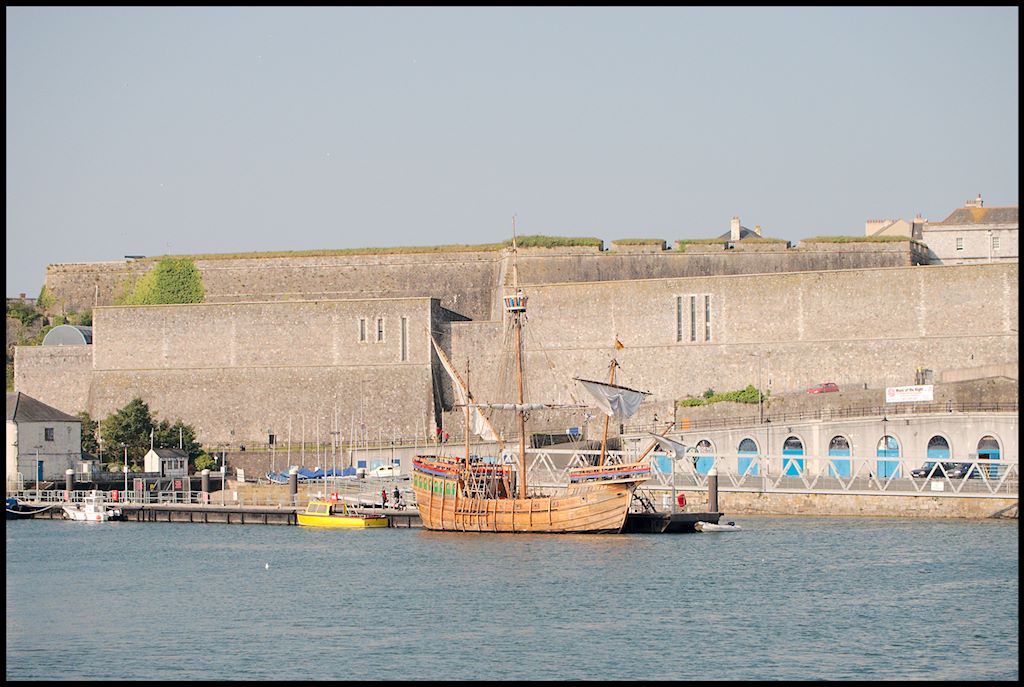 The yellow vessel astern of the Matthew is the 12 passenger water taxi which gives you some idea of how small the Matthew is. Phoenix wharf lies below the ramparts of the Citadel built by order of Charles II after the restoration, Plymouth having been a parliamentary stronghold holding out against the royalists. 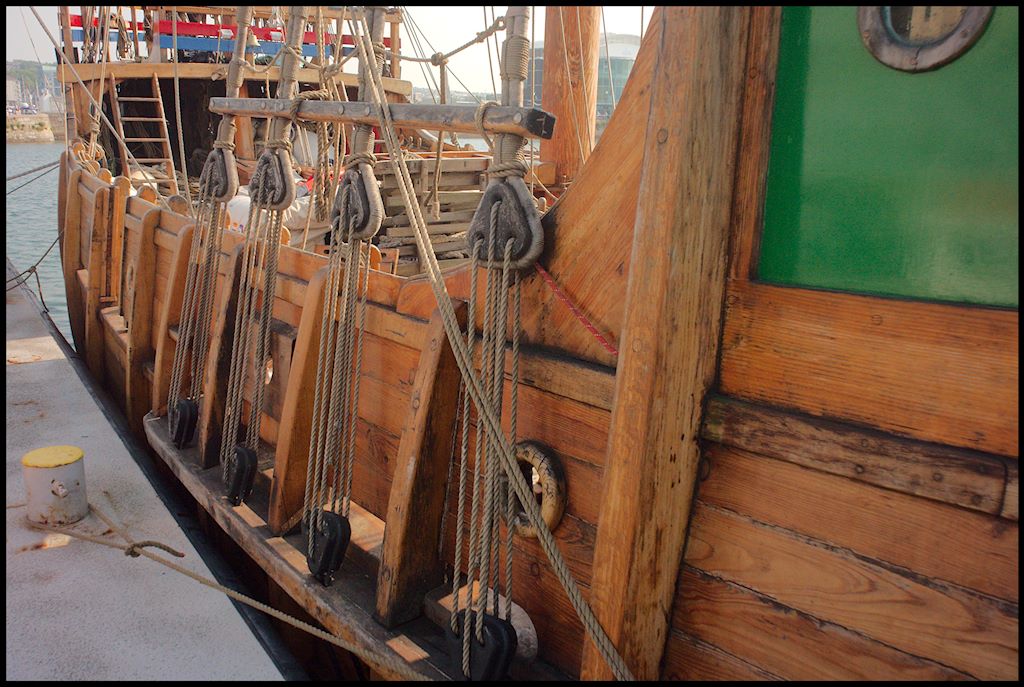 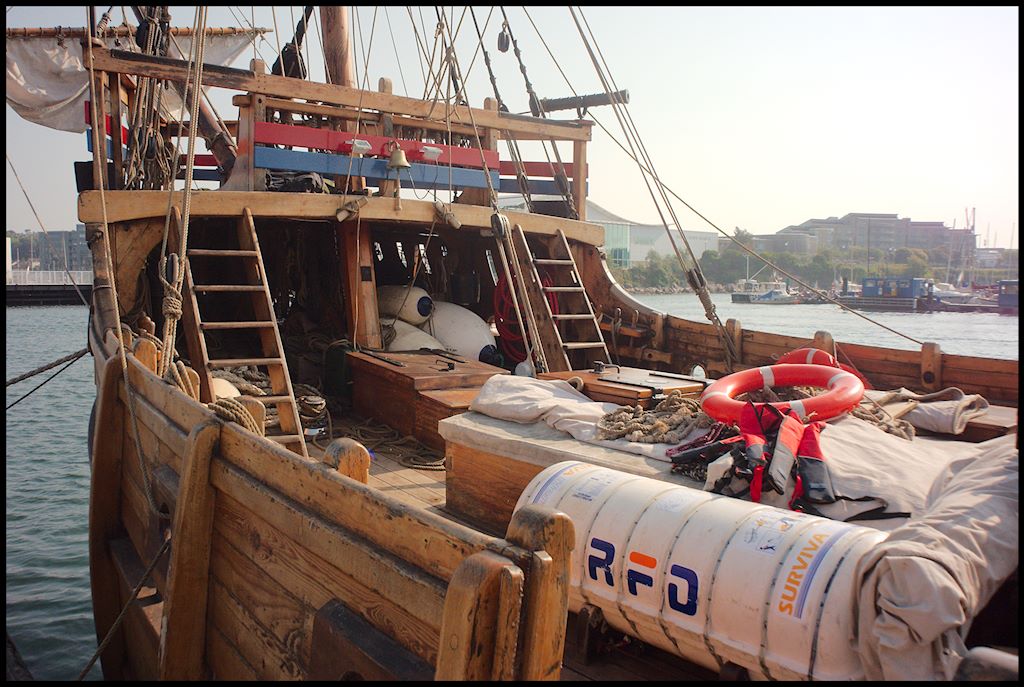 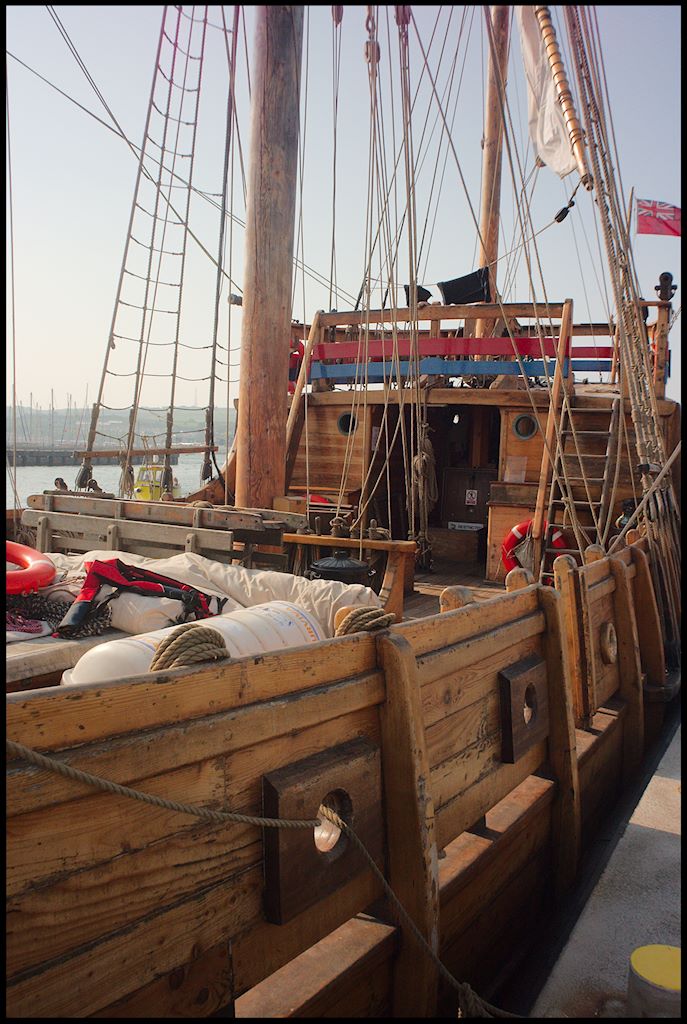 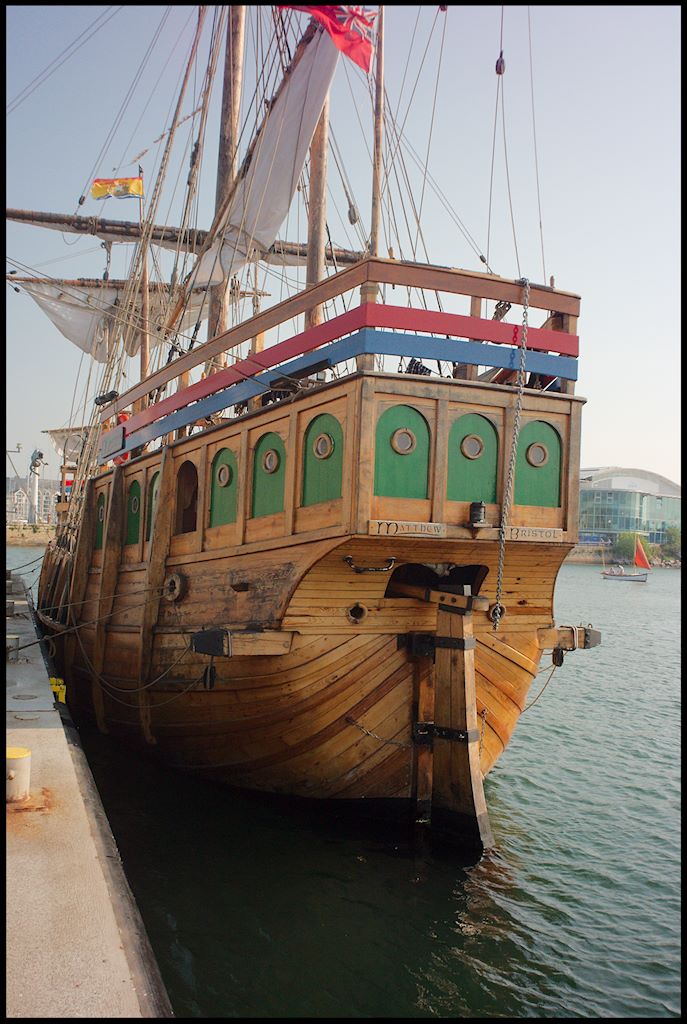 All shots with a Panasonic GH2 and either a 15mm f/4.5 Voigtlander Super Wide-Heliar or a 45mm f/2.8 P/L lens, exposures set manually

Those early explorers had some real guts to cross the ocean in a boat like that. Great shots!

Luke, I guess the one thing they could be sure of was that they wouldn't see another ship.

I was sitting eating my lunch on the Dorset coast today (28/05) and saw this very vessel on the horizon ... the masts and sail were unmistakeable, even without bins ... didn't take a snap though

That's a lovely bit of boat. Imagine crossing the wild Atlantic in it! Shiver me timbers indeed.

pdh said:
I was sitting eating my lunch on the Dorset coast today (28/05) and saw this very vessel on the horizon ... the masts and sail were unmistakeable, even without bins ... didn't take a snap though

Paul, Excellent, I never did see it under sail. I didn't realise that most afternoons of its stay in Plymouth it sailed in the sound, unfortunately I'd left by that time.

Barrie, thanks so much for these - I'm sure it was wonderful to see them in real life.

Great pics! When I was in Barcelona a few weeks ago, I saw a replica of the first ship to sail around the world (the Victoria, from Spain)... it was only 18 to 21 metres long! it's incredible how tiny that is when you're standing next to it, and the thought of crossing oceans in such a thing... thanks but no thanks

Film Before there was Photoshop

Then there was light

Wish I Was There ...... Islamorada Florida