The ZD 25mm f/2.8 is a tiny lens. Coupled to an E-4xx series Olympus body, one has a DSLR combination approaching the size of digital compacts. In this comparison, I'll be comparing the bokeh from the ZD lens on an E-420 to that from Canon 50mm f/1.4 lens on a 5D. In other words, I'll be comparing the way the two lenses render out-of-focus, blurry areas when used on their respective camera bodies. This is not a sharpness test, nor is it a test of colors and/or contrast. I used Lightroom for the 5D files and Olympus Master for the E-420 files. The 5D images were downsized to 10MP using Photoshop Bicubic Sharper. Then all files from both cameras were downsized to 25% image size using Bicubic Sharper, and Olympus files were slightly cropped to match the 5D aspect ratio. I used a fixed tripod to match perspective for all comparisons and attempted to match exposure with manual settings. 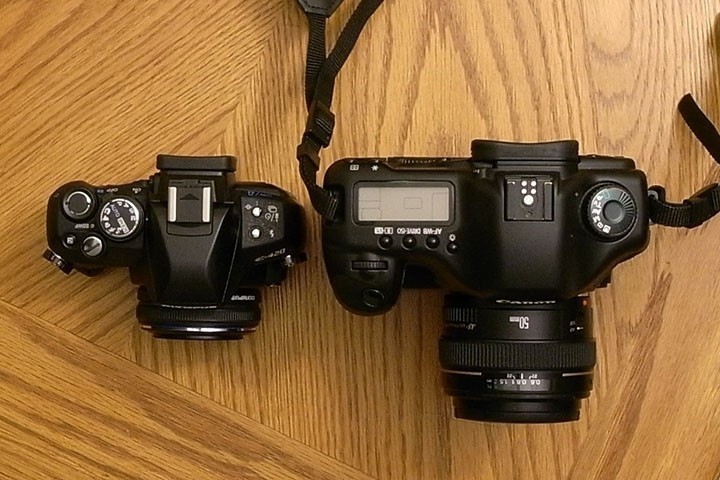 The differences in bokeh rendition are pretty subtle here. I think that both lenses do pretty well.

Addendum: A number of folks have asked me about the differences in color rendition. My feeling is that one should be carefully making any conclusions about color fidelity from this sort of test, because the results are heavily influenced by choice of RAW processor and color profile used in that RAW processor. Similarly, I would not draw conclusions about dynamic range based on these comparisons.