People waiting for evacuation down south... I dont have info on the photographer alas. 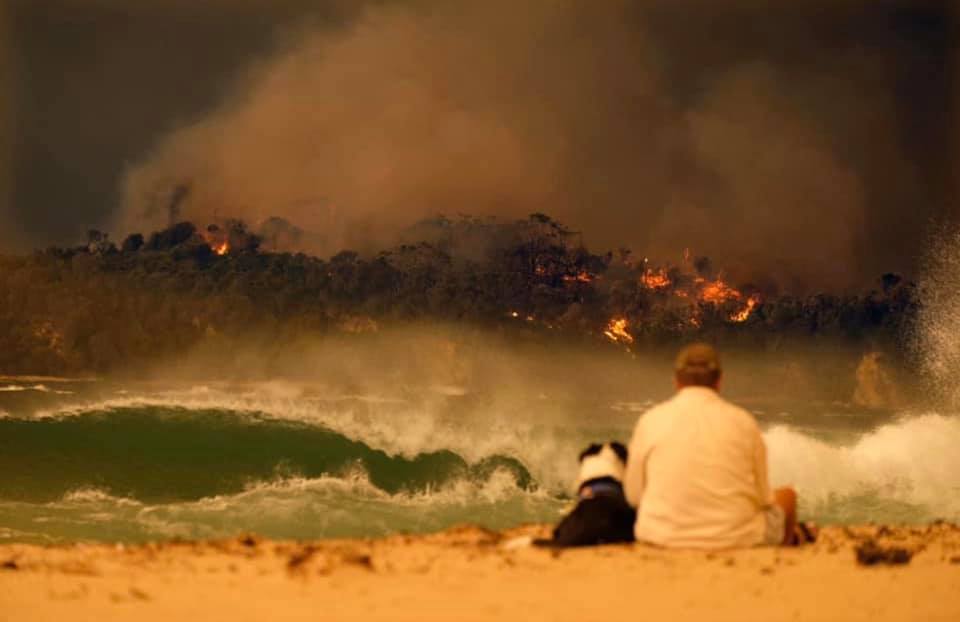 I had been looking for this shot for days. It was from before Christmas (and the worst was yet to come). Its from the Gospers Mountain fire, which was/is w/sw of Sydney. There was a video taken at the same time, but I can no longer find that, either. It was terrifying, the trees literally exploded in flame. 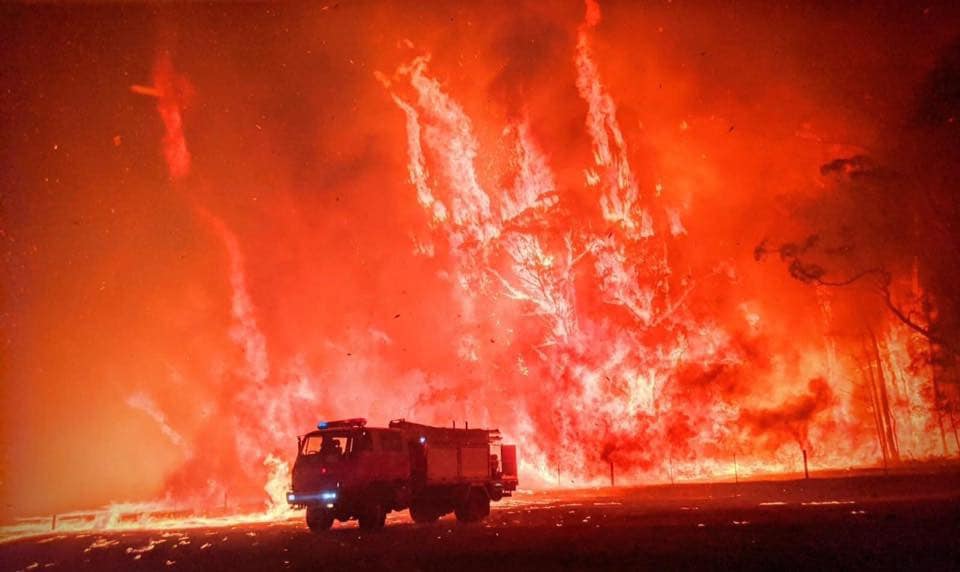 There's been a little rain in the last 24 hours. It has dampened some of the fires, but the fire chiefs are saying its probably more harm than good, because they can't backburn where they need to, to contain further outbreaks. We didn't get much here at all, it was more like mist, than rain.

Sadly, we need these pictures. A great calamity like this needs to be documented so that people have to begin to think.

Now, its rain. Lots of rain in some areas, washing ash and debris from fires into rivers... up north, there has already been a huge fish kill because of it, with the river turning to sludge. There are some concerns because the fires are not completely out (trees can continue burning on the inside for days and weeks after) but roads and areas where the firefighters are still working, are starting to get slippery and dangerous. And of course theres a danger from falling trees as the ground under those which have been burnt, becomes soft enough. Just crazy.

Had a little rain here, but not enough to mitigate the dry.

Haven't posted about the fires for a while, you might think things are all under control. They aren’t, really, and whilst some are slowing down, others just keep on burning. Theres one near Port Macquarie which has been burning for 119 days. Heres a graphic from our national broadcaster, the ABC (Australian Broadcasting Corporation). Image credits: EMSINA, Earthstar Geographics, Esri, HERE, Garmin, FAO, NOAA, USGS 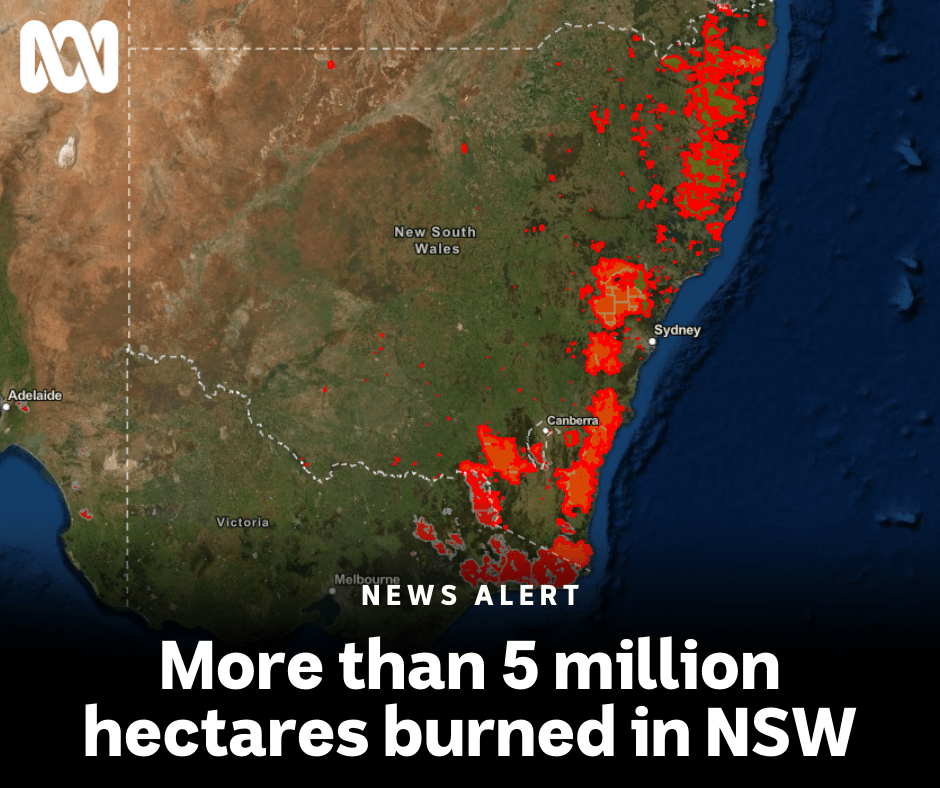 Thanks for posting an update Sue.

And now, rain rain rain, causing flooding and putting many of the fires out. Its been good to get some rain though, we have not had a rain event like this for a very long time. Over a year, I guess, and in some parts out west, even longer... years of drought.

A couple of days ago, the fire chief, Shane Fitzsimmons, announced that all fires are now out, or well contained. There has been more rain where its needed, but the drought is still not broken.

FYI: There has been more of the country burned out, and native animals killed, since October, than in the last 30 years combined. Shocking.

kyteflyer said:
A couple of days ago, the fire chief, Shane Fitzsimmons, announced that all fires are now out, or well contained. There has been more rain where its needed, but the drought is still not broken.

FYI: There has been more of the country burned out, and native animals killed, since October, than in the last 30 years combined. Shocking.
Click to expand...

Glad to hear you made it through all of this, I know many have lost all.

Really, I was not affected in any way, except perhaps emotionally. I feel terribly for those who have lost everything and I mourn the loss of life of the animals. Now, theres the bunfight over the money. We (the Australian public and many people from overseas) have given to various appeals. There is something like >$100M for the fire service, and the people who have lost... but there are now many questions over who gets the money, who gets to decide and god forbid that the government has anything to do with it, because if it does, the people in need will see nothing. As it is, one charity which shall remain nameless, gave a couple of $100 vouchers to a family who had nothing left but the clothes they stood up in. The generosity of the public has been amazing. The lack of it from charities and the government has not been.
You must log in or register to reply here.
Share:
Facebook Twitter Reddit Pinterest Tumblr WhatsApp Email Link