Challenge! Cameraderie Challenge #49 - In no words, music is... 🎵 (Updated with winner!)

Welcome to Cameraderie Challenge #49! Ingall was the winner of Challenge #48. Congratulations, @Ingall! Usually the challenge winners go on to start the next challenge. Unfortunately we have been unable to reach Ingall and they have not returned in the past several weeks. Our first concern will always be the safety of our community members and all of us are hoping that Ingall is okay. After discussing how to start Challenge #49 with our mods' team and with @Briar, who was the Challenge #47 winner and curator of Challenge #48, the general consensus was that the one of the mods' team members will start the next challenge.

Description: Without relying upon a description, what image best represents what music is to you. Perhaps it is a literal answer, such as an instrument, your stereo system, or even your vinyl collection. Perhaps it is more metaphorical, how music makes you feel. Maybe it's a certain memory you associate with music. Your favorite music venue, maybe your favorite music store. Whatever the answer is, the challenge is if you can express "music" in the image without having to describe it. Good luck!

(Yes, you can cheat a bit by having words captured in your image but no photoshopping of text added to the image. )


“I believe in the relation between photography and music; And that's my inspiration.” - Man Ray​

Have fun! Think outside of the box, there is no right or wrong answers to the challenge, use it as a bit of playful inspiration. 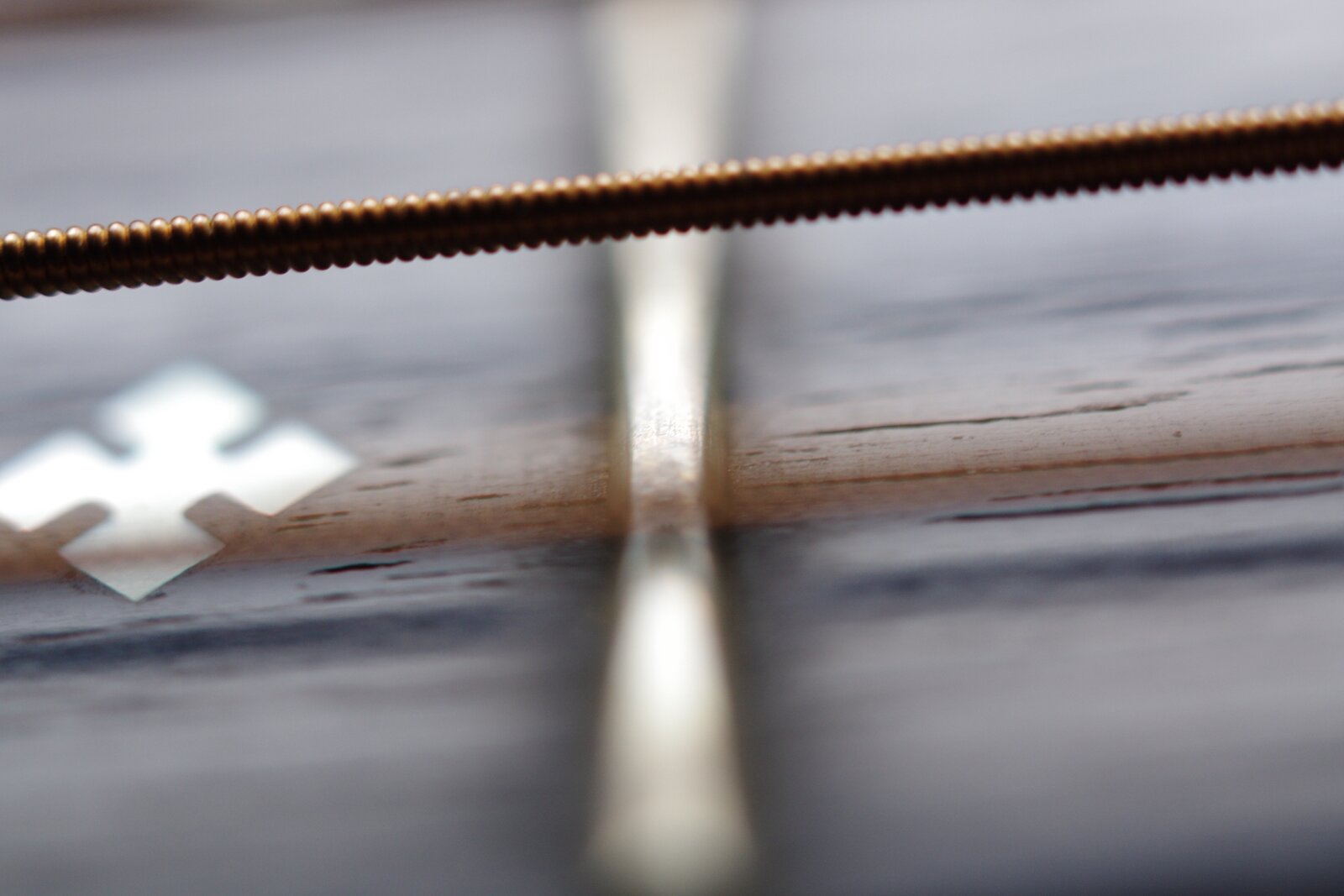 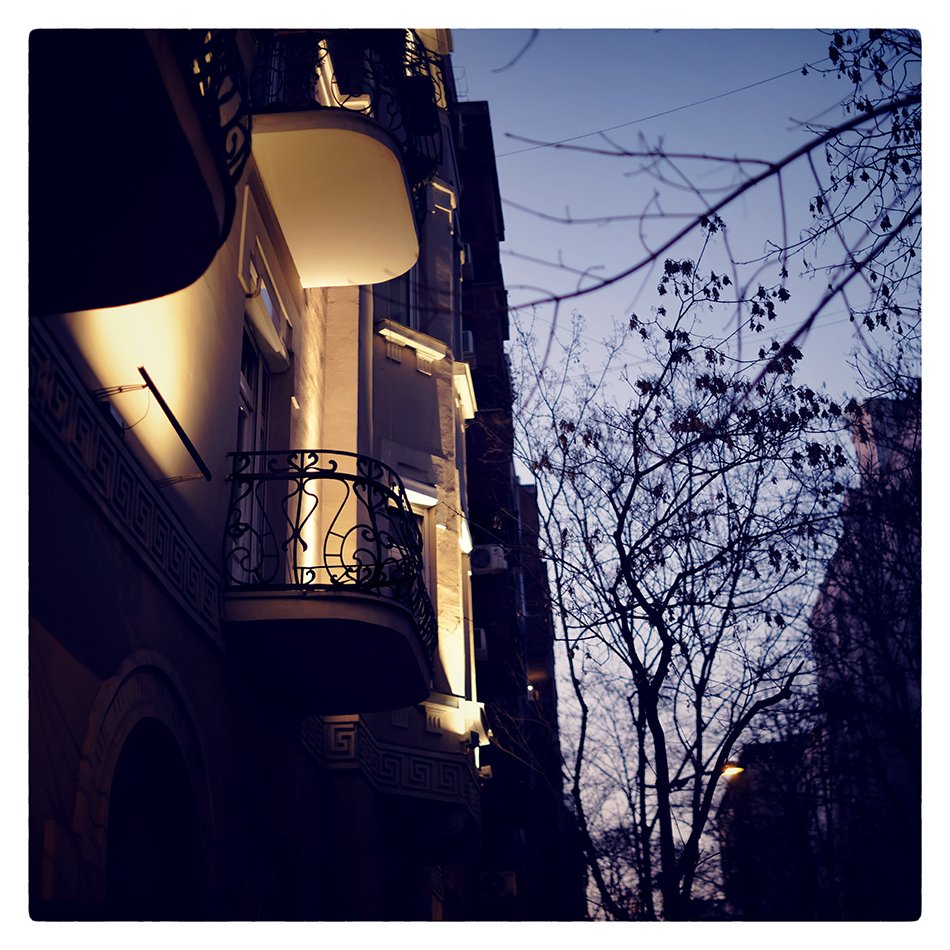 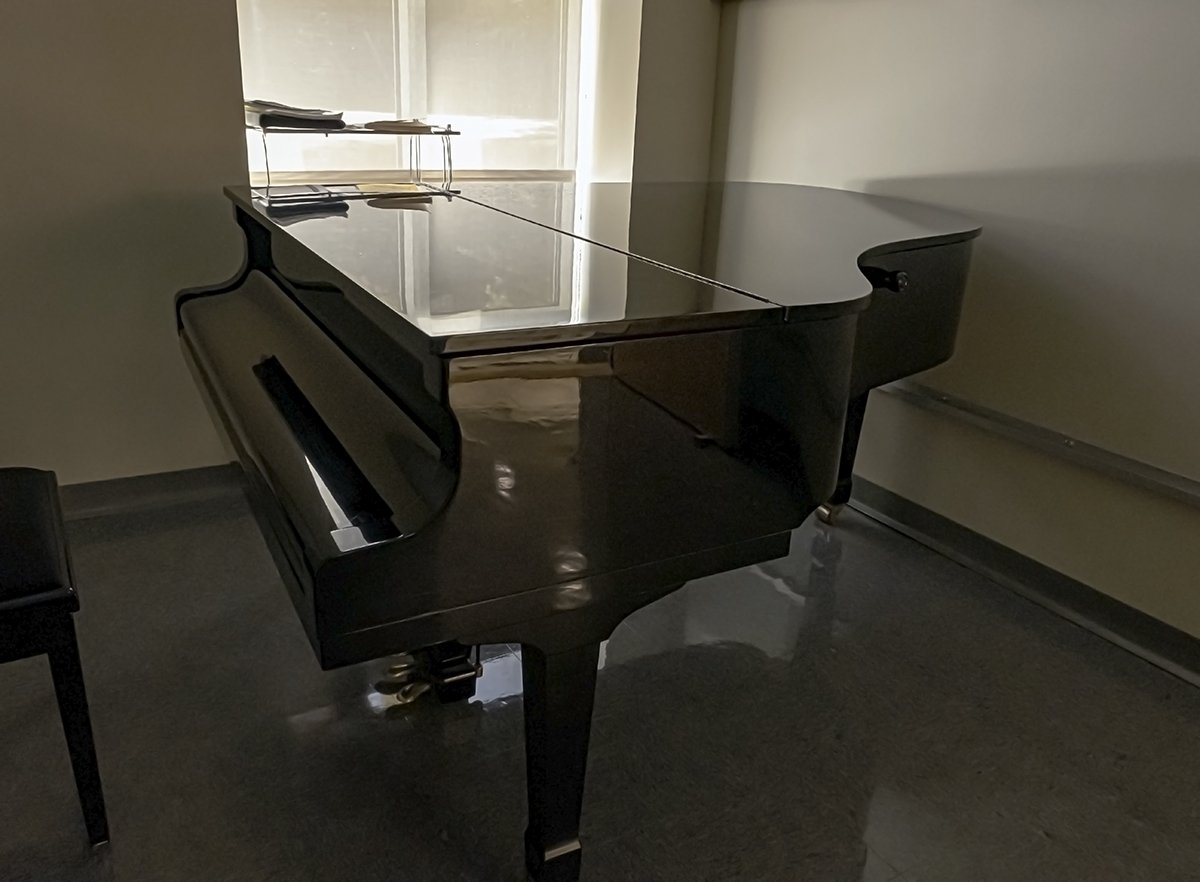 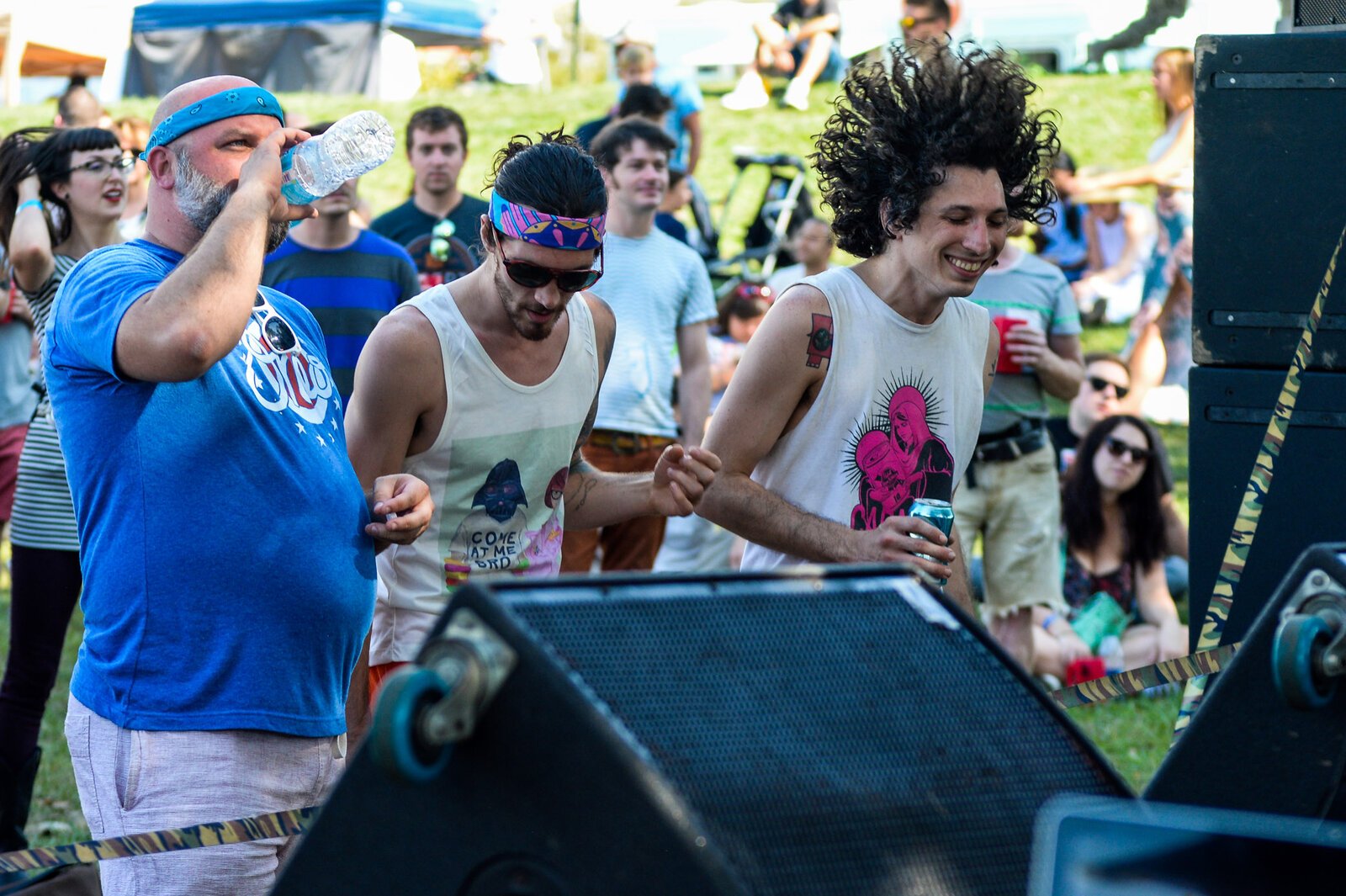 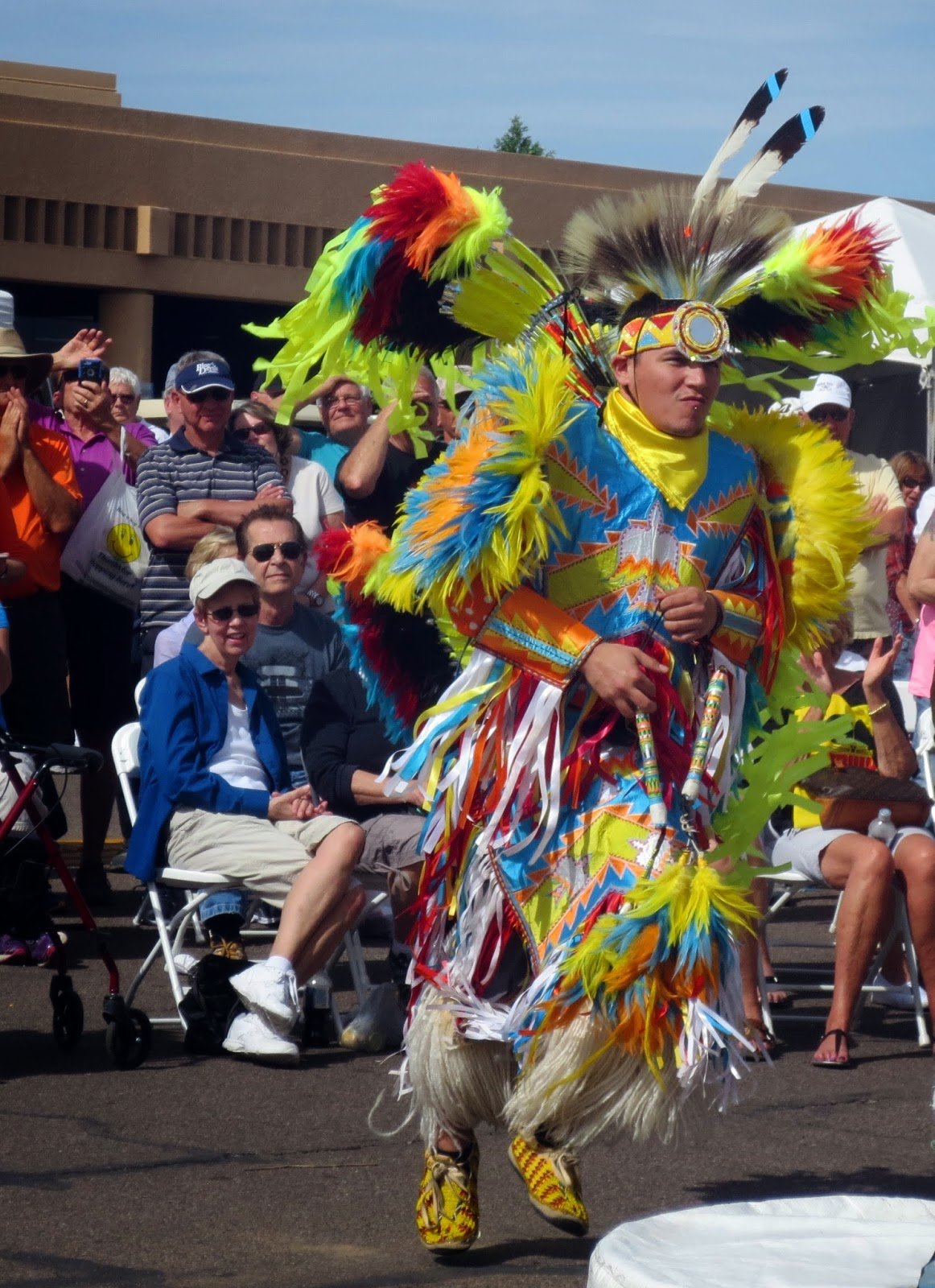 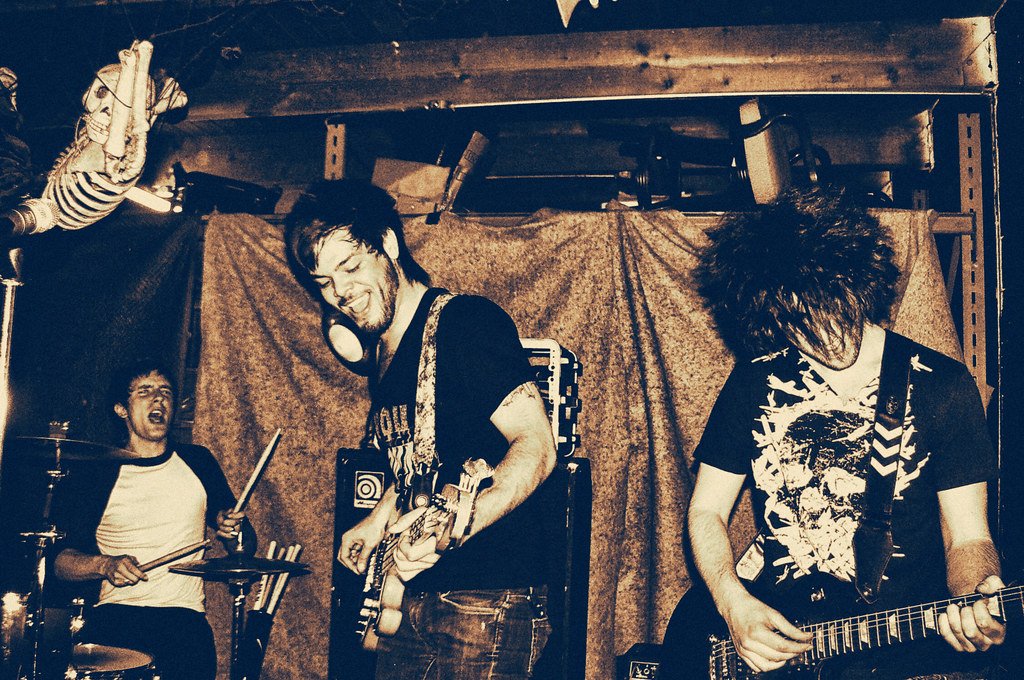 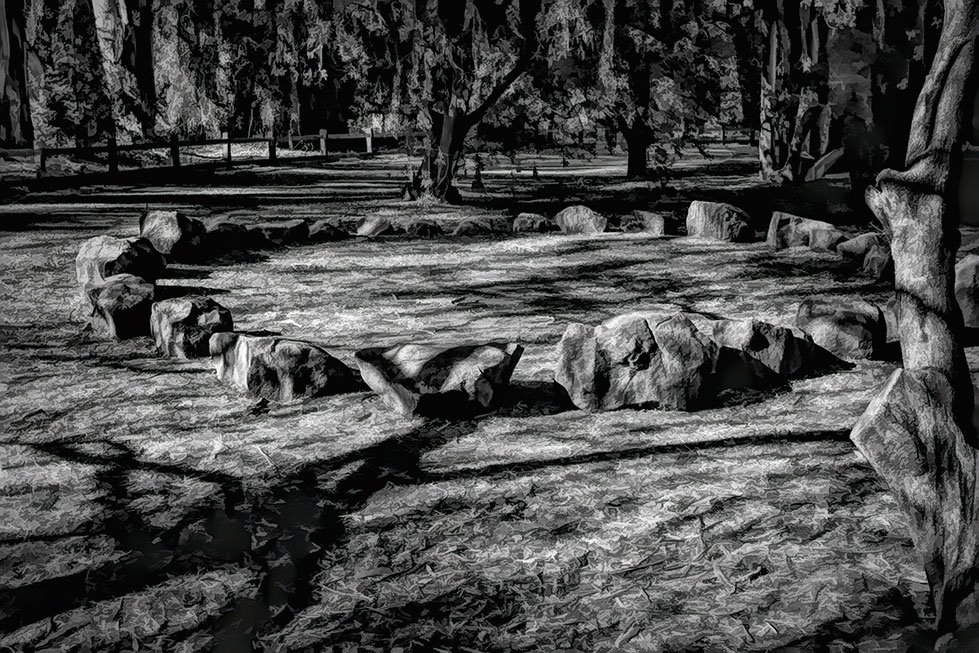 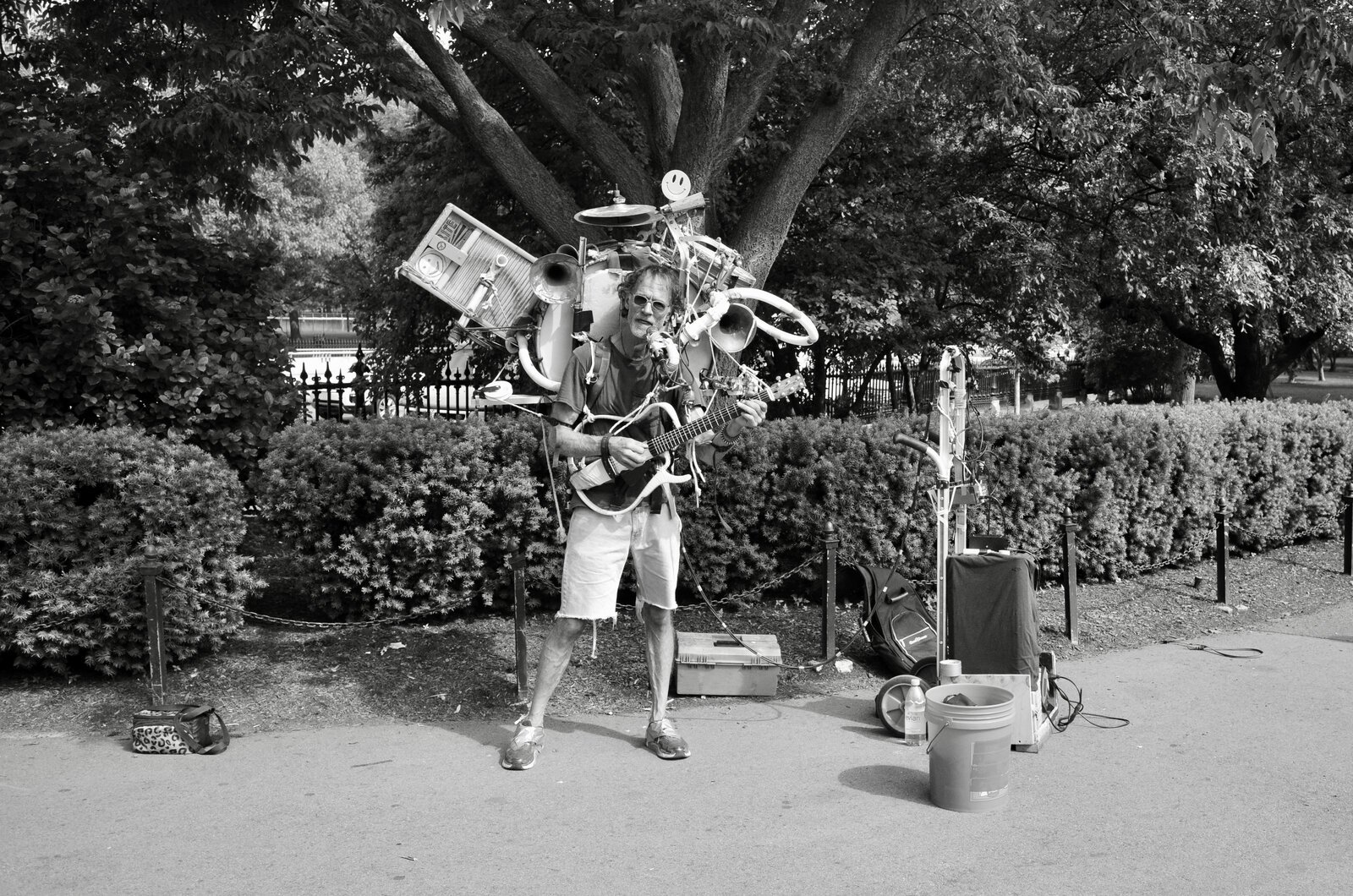 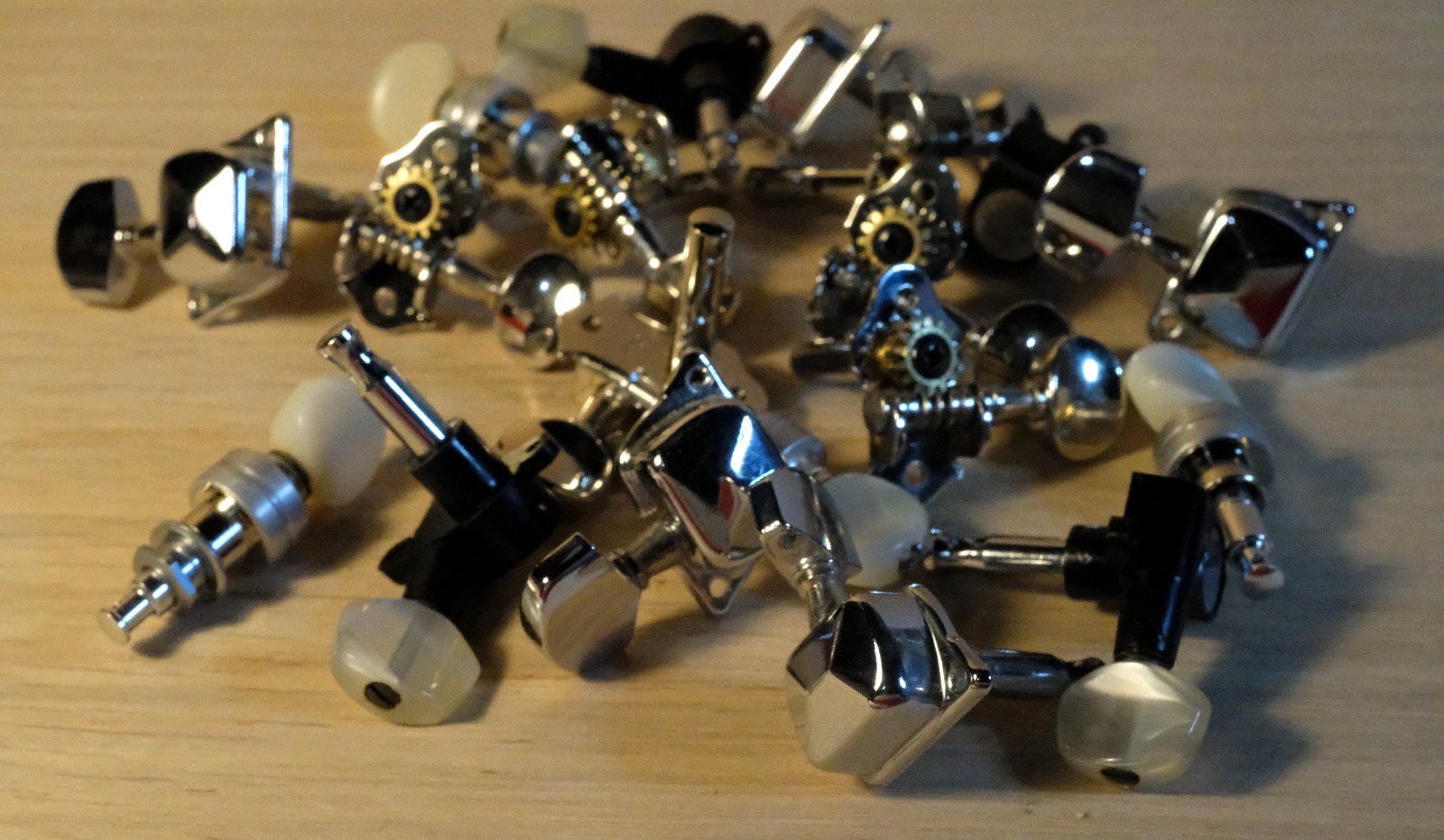 Thank you to everybody who submitted an entry for the challenge.

As a hobbyist I'm not in a position to make a decision based on the technical merits of the submissions so instead I'll be going by the topic at hand, "music", and and the impressions I get from each.

@kyteflyer - I love the abstractness of this shot. I know it's the fret of a string instrument but to others it may not be recognizable and it would still hold their attention thanks to the composition and the curiosity of what they're seeing. This image invokes memories of taking guitar lessons with my wife. I was horrible at it.

The memories are happy ones though and Mrs. Kevin has gone on to keep playing the guitar for her church. This would make a great desktop background.

​
​
@pictogramax - Seeing this image makes me think of a black-tie formal party and, as the evening wears on, the sounds of a live music can be heard on the streets below as the sun sets.

The design in the iron railing reminds me of music notes. I like this shot as I can imagine enjoying the evening whether I was inside the building attending the event or if I just happened to be walking by below with Mrs. Kevin.​
​
@drd1135 - I'm taken back to my school days of taking music lessons. For some reason all of the music rooms always had their pianos shoved in the corner and I was always fascinated by the high gloss black finish of them that, when clean, acted as mirrors. Many years later I have likely forgotten all of the piano lessons but maybe I could still knock out a recognizable version of Frere Jacques. I like how you got the natural light from the windows reflected off the piano.​
​
@gryphon1911 - Mrs. Kevin & I have gone to a lot of concerts over the years and have enjoyed a really wide range of acts. Some years back we saw The Counting Crowes at Hershey, PA. I think the opening act may have been Michelle Branch. It was a memorable concert for two reasons. The first was that Adam Duritz spent more time talking about political issues than he did singing and when he did sing he seemed to be improvising some of the lyrics. The second reason was that we realized that for some attendees the real party took place in the parking lot after the show. After asking the folks who were inhaling from balloons, while lounging on & against my car, to move they finally realized I was serious when I put the car in reverse and they nearly all fell to the ground. I'm not sure if they were even aware that they were no longer in upright position. As a result of that show my new mantra for concerts going forward was "No more hippies!☮". Your shot makes me think instantly of all the more interesting concerts we've been to and, good or bad, the fun we've had.​
​
@davect01 - Great colors and a nice capture showing both a crowd of likely tourists and what they are watching. The image makes me think of Southwest USA and the sound of drums. I've only been been able to visit that part of the US during some short business trips so this makes me think that I really need to get back on a personal trip to have the time to really explore it more.​
​
@MiguelATF - The concerts Mrs. Kevin & I have been to have ranged from huge stadiums to tiny little rooms with barely any room for attendees let alone the band's gear. In the corner there'd be a stack of amps & speakers piled up, unidentified smoke filling the air, standing-room only, and plastic cups seemingly appearing out of nowhere and filled with a variety of liquids. Between Mrs. Kevin and I, I tended to enjoy these types of shows more than her because, well... Mrs. Kevin is short and at standing room only shows she can't see anything while I'm taller than average so I usually have an unobstructed view. This shot reminds me of the shows where, Mrs. Kevin notwithstanding, I was able to mentally drop out for a bit and enjoy myself for a few hours.

​
​
@ricks - My FIL was a local Boy Scouts troop leader and every year, right up to a year or two before he passed, he'd go camping with his troop. This image makes me think of his camping trips to national parks and of his troop sitting around a fire singing songs and/or playing crude recorders that he would teach the kids how to whittle from wood.

I like the choice of going with B&W for the shot, gives an aura of being a very old spot that many visitors have traveled to.​
​
@donlaw - Great shot of a type entertainment not seen much anymore. I ended up spending a bit of time trying to identify all of the various items in the kit on his back. Buskers are still out & about but seeing one doing the 'one-man-band' act is not as common as they used to be, or at least, not around here. I like this shot for both the subject matter and, if it wasn't for the modern hand truck and plastic bucket, being B&W helps give a sense that it could be a scene from 1970 or 2021.​
​
@tonyturley - Another interesting abstract shot, those that recognize them as tuners will know what they are but for others it draws their curiosity as to what they're looking at. This shot makes me think of the technical side of music, of the gears & knobs that go into various instruments and how they effect the music being played. The point at which "tech" and "art" intersects is always an interesting topic to explore.​
And the winner is...


Honestly, I had a hard time deciding on a single winner because I really liked all of the images submitted as they've made me think of different parts of my life. Deciding was not easy so I went with a choice that made me think of several points of my life captured in one image.​
​
The image in question is by @gryphon1911 and is the winner! I really like this shot as, intentional or not, it shows the span of being a music fan over the years. Going right-to-left you can visualize the three guys as actually being the same person at increasing stages of their life; still listening to the music but slowing down a bit over the years. These days I am most definitely on the far left.

Count me in but I'm good just chilling over here with a bottle of water. ​

Thanks Kevin for the challenge, great subject and cool entries from all. Congrats to gryphon1911.

Nicely judged, Kevin - thank you!
My congrats to Andrew, aka gryphon1911, for a fine winning photograph - among a number of what for me are all truly excellent interpretations.
R

Thanks Kevin for the challenge and the comments. Congratulations Gryphon!

Lovely challenge and really interesting (and detailed) comments. Thanks for stepping in, Kevin and congratulations to the winner!