Cameraderie Photo Challenge 16: f/8 and Be There - WINNER ANNOUNCED

Well the f8 part I got. A little over on the 35. I was at the local Drag Races and this guy had the same routine all day. You could tell he had been down a 1/4 mile a time or two. 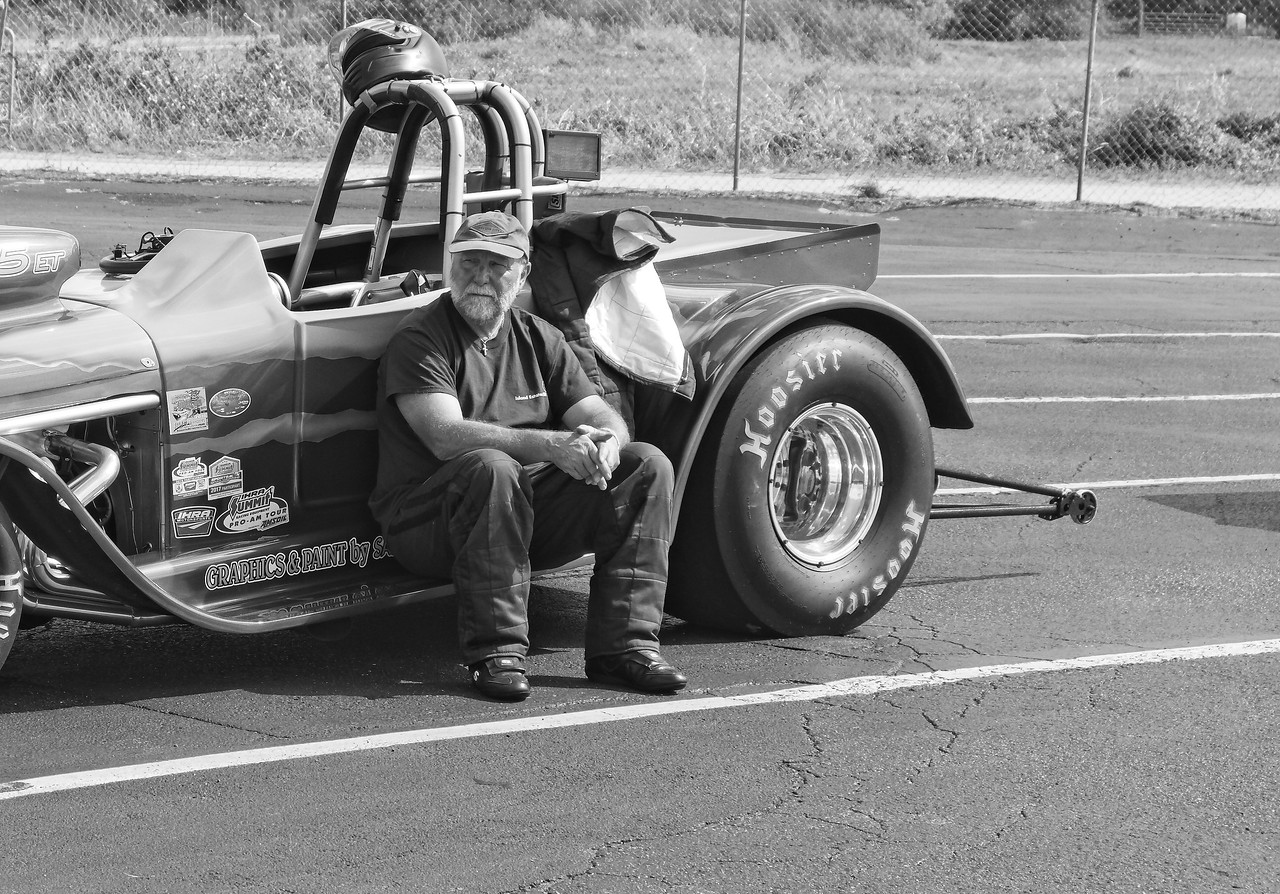 I was going to try and shoot one this month for the purpose of entering but alas, have too much on atm, so will enter this one from late last year instead. It was a sunny day, so thought to myself if I use base iso, focus on lining up the red part of the pole in the rangefinder and just shoot F8, all should fall into place. I guessed right, the metering and shutter speed didn't let me down. 35mm lens n'all. 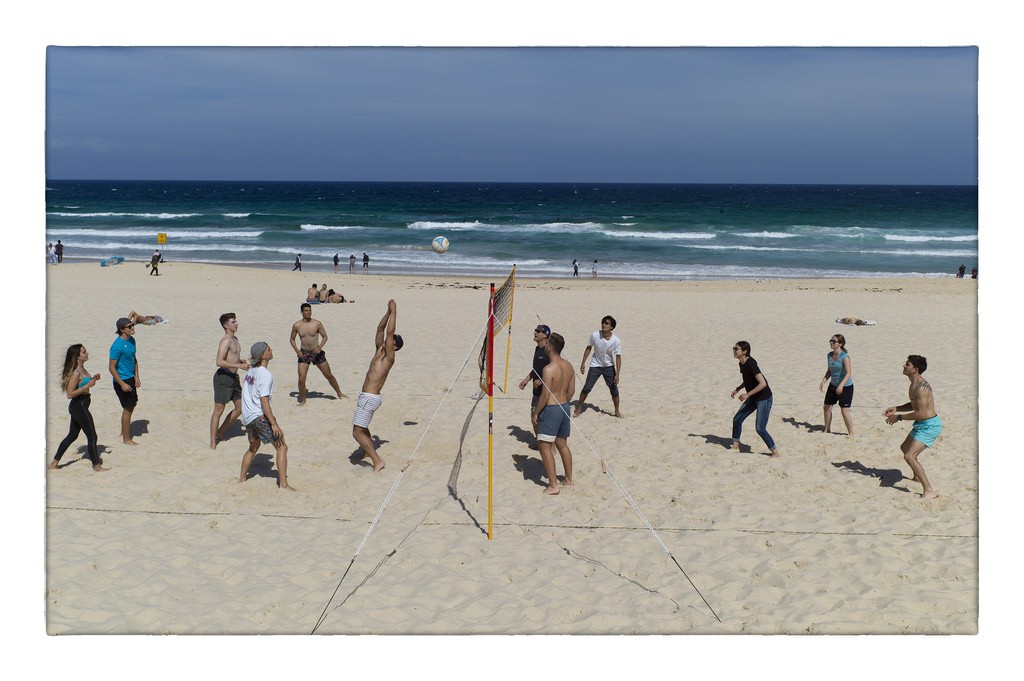 I thought of using an old photo, but I just don't have all that much at f8. I used to shoot Pentax APS-C at 5.6 and mu43 at 4. Of course, these are the smaller format equivalent to F8 in terms of DoF.

I can relate to what you're saying. I seem to have a ton of photographs taken with my Pentax APS-C camera at f/5.6, it's always seemed a sweet spot for many lenses.

A quick REMINDER to one and all - this challenge will end on April 10 - which is a little less than a week away ... so to all those aficionados of f/8, now is the chance to dust off your favorite camera + lens combo and go out and experience the joys (hopefully) of seeing the world via f/8

I did have to dig into the archives a bit for this one... 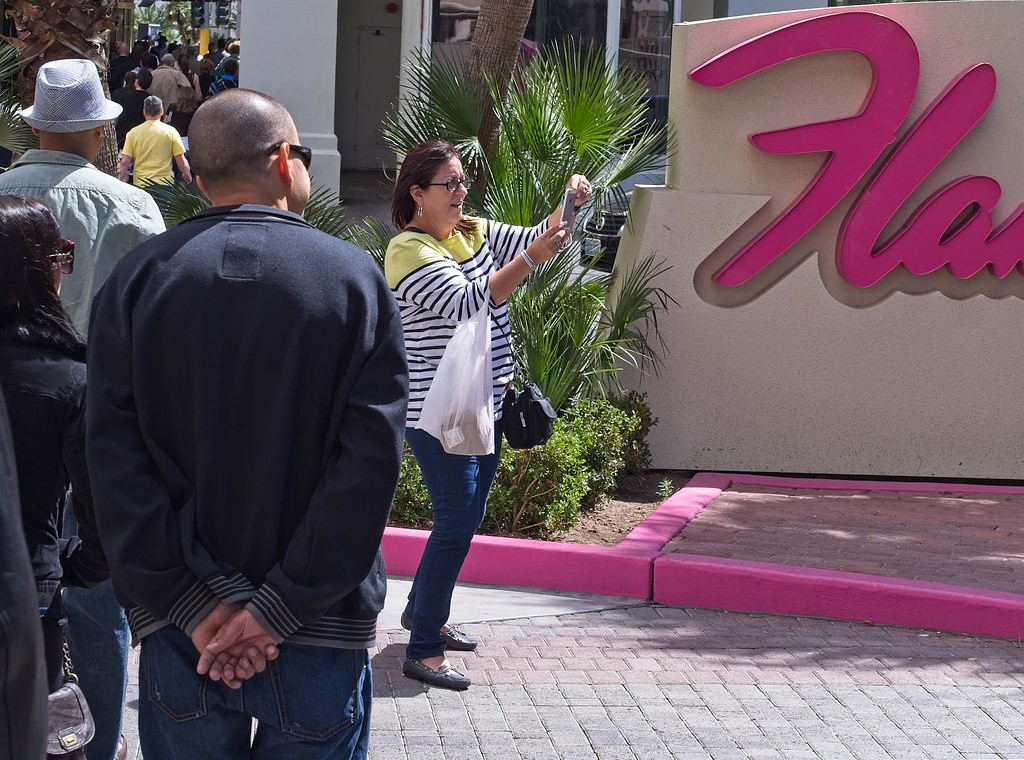 Not sure this was f/8, but being there was most important. 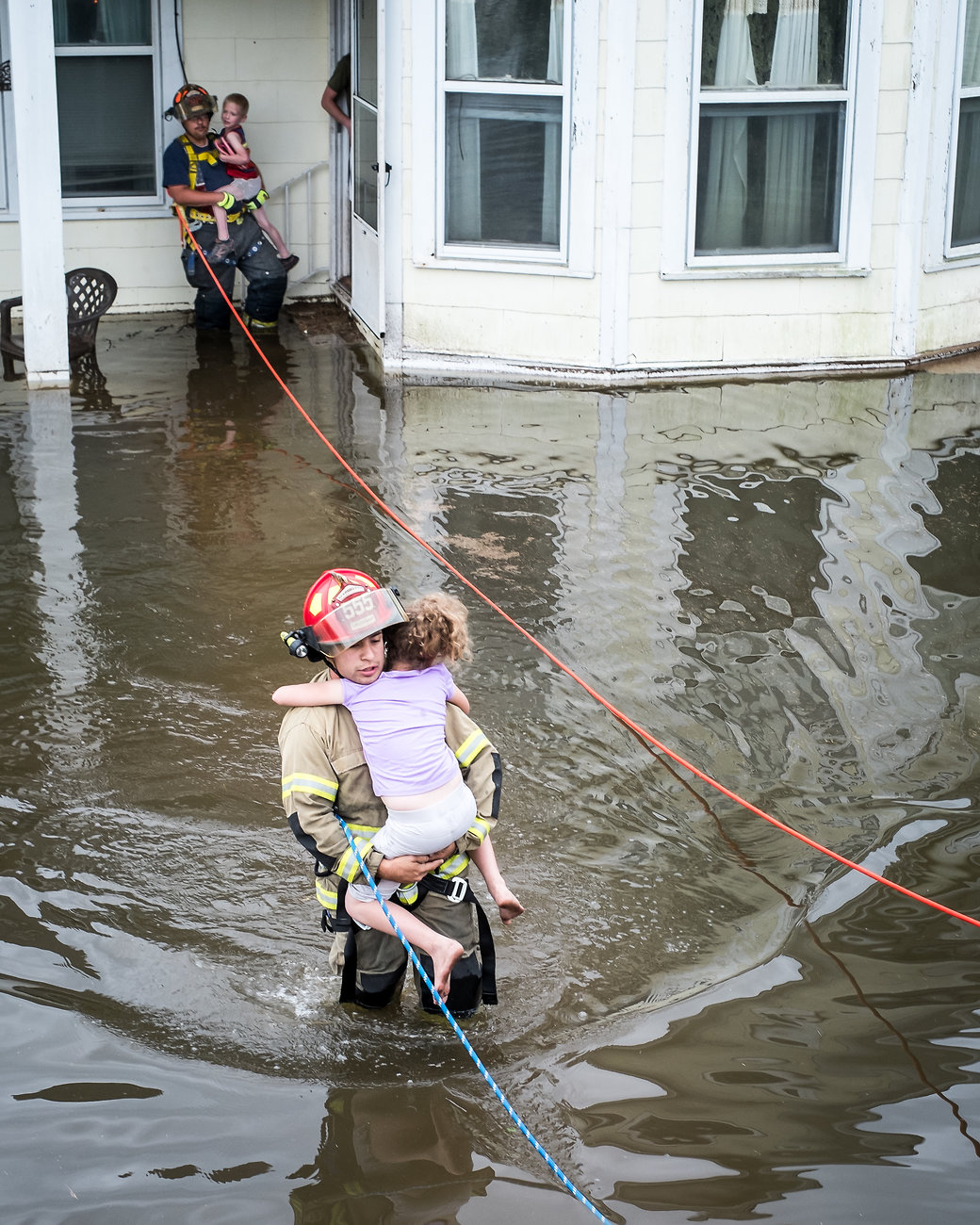 This is a powerful image
R 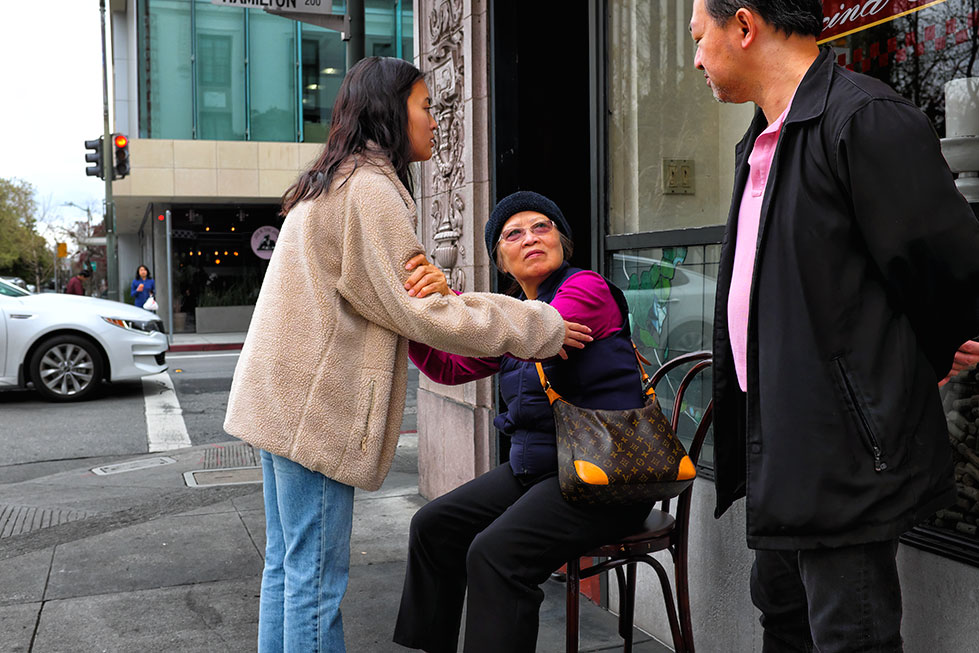 The Challenge has now officially closed....and I will be putting on my f/8 Judge's cap and pondering the many and excellent entries....stay tuned....

One comment. In recent times, the “crop formats” like APSC and mu43 took a lot of criticism for their so-called inability to produce narrow DoF. The f8-and-be-there mantra that many of us grew up with was a different view of what mattered in an image. Isolation is a useful technique but also represents a certain style of photography that is not as absolutely better as many proclaim. Just look at the shots in this thread.
Last edited: Apr 11, 2019

Tough choice ahead. Each of these images are remarkable!

The following are my (personal and subjective) reactions to each of the photos in this Challenge - which by the way, as many of you can guess, is not an easy one to 'judge'.

Don Law – Ice Rink – a great sense of place, foreground and background and the deeply saturated colors make this photo for me

Armando Heredia aka Covey22 – Kites at Brenton Point in Newport – a great image. Period. From the foreground young kite flyer – all the way up into the sky with the myriad streaming and flying kites which almost seem like fish swimming in a giant aerial aquarium. A definitely great example of f/8 and Being There.

Steve aka drd1135 – the monochrome Country-Western Cowboy band – you can almost hear them playing, and hear the smile on the central lead guitarist’s face. The monochrome slightly-sepia-toned treatment gives this a timeless feel – this could have been taken yesterday or maybe a half-century ago. I really like this image.

Peter Tachauer aka Petach – wet St. Patrick’s Day in Sydney – the green-hatted modern Leprechaun in the rain – this is a cool image – made even cooler by the visible streaked-drops-plummeting around his face, and the look on his face is worth the price of admission: ‘Are we having fun yet?’ An image which places us there and makes us want to get out of the rain for a restorative pint of Guinness!

John aka mnhoj – fishermen on the pier – looking at this image, I can almost hear (and feel) the wind blowing – and sense the difficulty the background bird is having negotiating it, really needing to work those wing-strokes – and at the center of it all, the quiet, patient bearded Old-Timer, just sitting there, waiting for a bite on his line. And the details – the ‘No Overhead Casting’ sign at the edge of the frame!!! I really like this image.

Olli Thompson aka olli – Manila street shot – a great sense of both place and time – the different expression on the three women’s faces, ranging from amusement to mild disbelief – contrasting with the many details of the street-store-stand where they all are. I also like the fact that the unseen photographer is part of the image as well – since his subjects (both the two foreground women he was initially focusing on, and the third, in the background, whom he hadn’t initially noticed) are reacting to his presence. Nice shot.

Matero – the towering construction Crane – there are so many great things about this image, starting with the perspectives – the impossibly tall crane dwarfing the obviously tall buildings in the background – the sense of vertical geometry – and let’s not forget the great and subtle palette of colors which, the more you look at this photo, the more you marvel at.

mike3996 – outdoor diners in the sunshine – a photo which for me has geometrical and painterly qualities – the horizontal composition – the vertical lines of the folded umbrellas – the individual chairs and small humans dining al fresco – all seem to have something of a classic Renaissance painting for me. I don’t know exactly where this was taken but the image makes me want to go there.

serhan – at the bakery – okay, I’ll make it simple, just one word: Wow. A great photograph, for many reasons, but one which truly embodies the classic philosophy of f/8 and Be There. The sense of place – the huge mound of freshly-baked pretzels (or are they baked bagels?) in the foreground – the cook sliding the new ones into the gaping oven on a long industrial spatula – his face – and, yes, even the movement of his arm, just perfectly out-of-focus enough to blur in the 1/15 of a second shutter setting --- damn! This. Is. A. Great. Photograph.

Tim Williams – at the Drag Races – the older bearded drag racer, sitting on the fender of his old hot rod, ‘taking a breather’ on what looks like a too-hot afternoon – there’s something about this photo that made me keep coming back to it, again and again, just to look at it some more. It’s really a great image.

rayvonn – Beach Volleyball (Bondi Beach) – a sunny day – the brightness of the sand setting of the darker shapes of the players on either side of the net – the dark ocean background bisected by white lines of surf and topped with the multi-colored layers of sky with blues and grays and other colors as well – and the frozen moment in time with all the players – looking almost dancers in a ballet – with their bodies in different positions – all the constituent parts add up to a really great whole. I really like this f/8 interpretation.

Micheal Johnson aka michealj – Picture Taker – a classic modern shot of a randome amateur photographer in the act of photographing – with her smartphone – but what ‘makes’ this picture for me is the contrast with the enormous pink letters (F-L-A … Flamingo?) just behind her. And the curious (at least I imagine it’s curious though we can’t see his face) way the guy in the foreground is staring at her. A timeless interpretation…and a cool shot.

Dean Smith – Water rescue – Dean said he wasn’t quite sure whether or not this shot was taken at f/8 and all I can say is, it doesn’t really matter, because – it’s such a great image. Look at it. Then look at it some more. Then you pretty much have to wind up agreeing with something else Dean said about it – that the aperture wasn’t on his mind because “being there was most important.” Indeed. This photograph, more than any other, embodies why ‘being there’ is what it’s all about – being there, and being ready, with your camera, when the moment comes. And, yes, sorry for repeating myself, but it’s truly a great photograph. And one more point – the face of the fireman in the foreground, carrying the young child, is the central point of this photograph for me – the face of someone who is going through something difficult but keeping a calm demeanor at the same time, probably to reassure the child being carried.

ricks – seated woman on the sidewalk – a really, really interesting photograph. Something is going on here and we don’t quite know what it is, but looking at this photo – and then looking at it again and again – it sort of sucks you in. Who is the older woman seated in the chair – and why is the younger woman holding her? Is she trying to get up – and the younger woman helping her? Has she just experienced a shock or learned a difficult piece of news – and is the younger woman comforting her? And the look on her face – and the way she is directing it towards the man standing next to her – and his (partially-turned-away-from-us) face and expression --- what do they mean? What has just happened here? These three people are real-life ‘actors’ in a moment which has meaning for all of them – and the photographer’s presence – and f/8 aperture – allows us to witness it. We may not totally ‘get’ all of it – but that, too, is part of this photograph’s power. It’s an image which grows on you, the more you look at it.

Those are – and were – all of the entries. And, I don’t mind saying, this is an extremely difficult Challenge to judge. As Don Law pointed out in his comment, “each of these images are remarkable”. Don is right – and judging these entries, ultimately, I have also gone with my own subjective feelings and reactions to the images.

The first of my three ‘finalists’ is probably my favorite photograph among all the entries – serhan’s at the bakery. It’s a such a great image.

The second of my finalists is ricks’ shot of the woman in the chair on the sidewalk. I don’t know who she is or what she’s going through but the photo simply pulls me into her space and her life.

The third and last of my finalists is Dean Smith’s Water rescue – and I don’t really need to tell you why because looking at it, you will know yourself. The act of being there – and the emotions (of the firemen, of the children, of the situation and, yes, also my own, the ones this photo engendered in me) --- are what ultimately gives it my ‘nod’ in a very difficult Challenge to judge --- so my congratulations to Dean Smith for, simply, a great interpretation of f/8 and Be There – and also to ALL the other entrants, for sharing some remarkable images which it has been a pleasure to look at – and a privilege to judge.

Congratulations Dean and Everyone. There were some great shots in there. Great job and subject Miguel, I enjoyed it all.

Thanks @MiguelATF it’s certainly inspired me, only this weekend I was applying the strategy which, if you’re using manual focus and engaging f8/ infinity focus, is easier than many people think.

Congrats to all who entered and thanks Miguel for your insightful comments but special praise to Dean.

Congrats Dean, that is a powerful photograph.
Thanks Miguel for the thoughts on each entry. And this really turned in a great set of images from all.
R

Congratulations Dean. Thanks Miguel for the challenge idea, and your comments on all the entries.

Congrats Dean, and I value your effort Miguel for making this interesting theme and your time used to comment all entries well. Thanks

Congrats, Dean! That is an amazing photo.