Can you tell which is which? (another one of my silly tests)

My better half (AKA my spotter) and I took a walk at Oakwood cemetery the other day. We knew it was going to rain, so I took the OMD EM5 II and the 14-150, both of which are supposed to be weatherproof.

We were fortunate enough to get a shot of a Cooper's Hawk on the ground with its prey, shot at 300mm e with the Olympus digital zoom kicked in (so really, 600mm e). 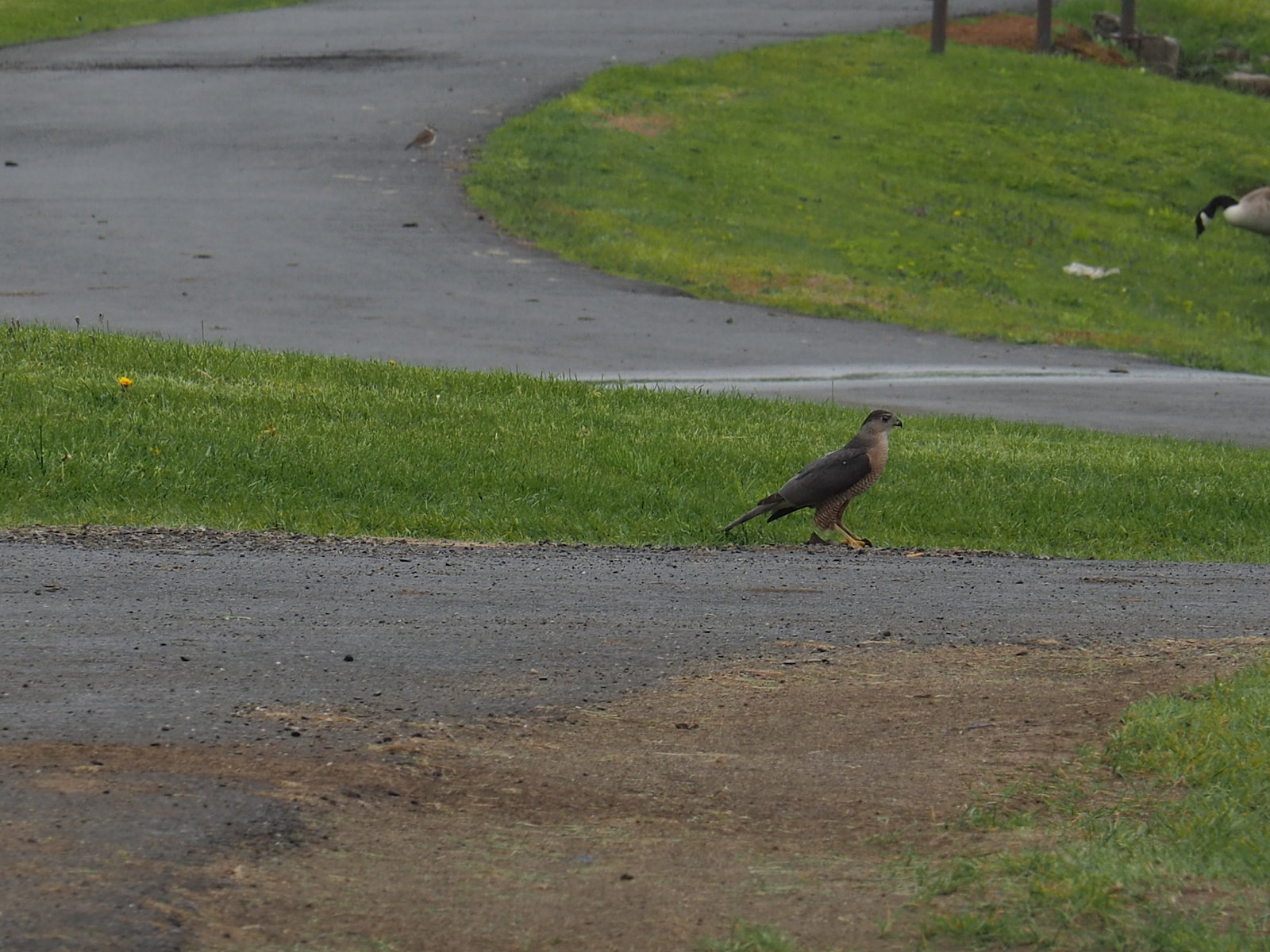 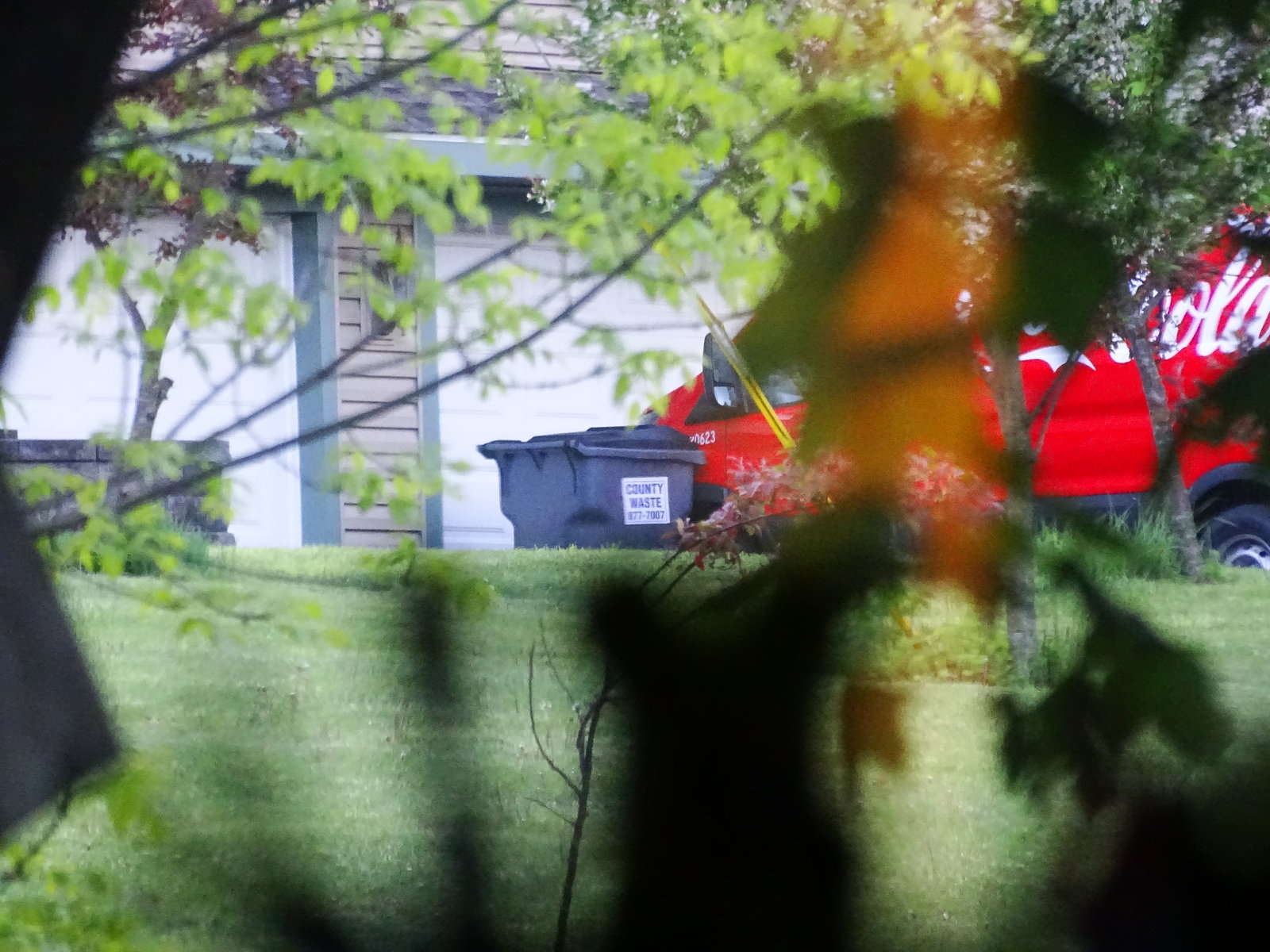 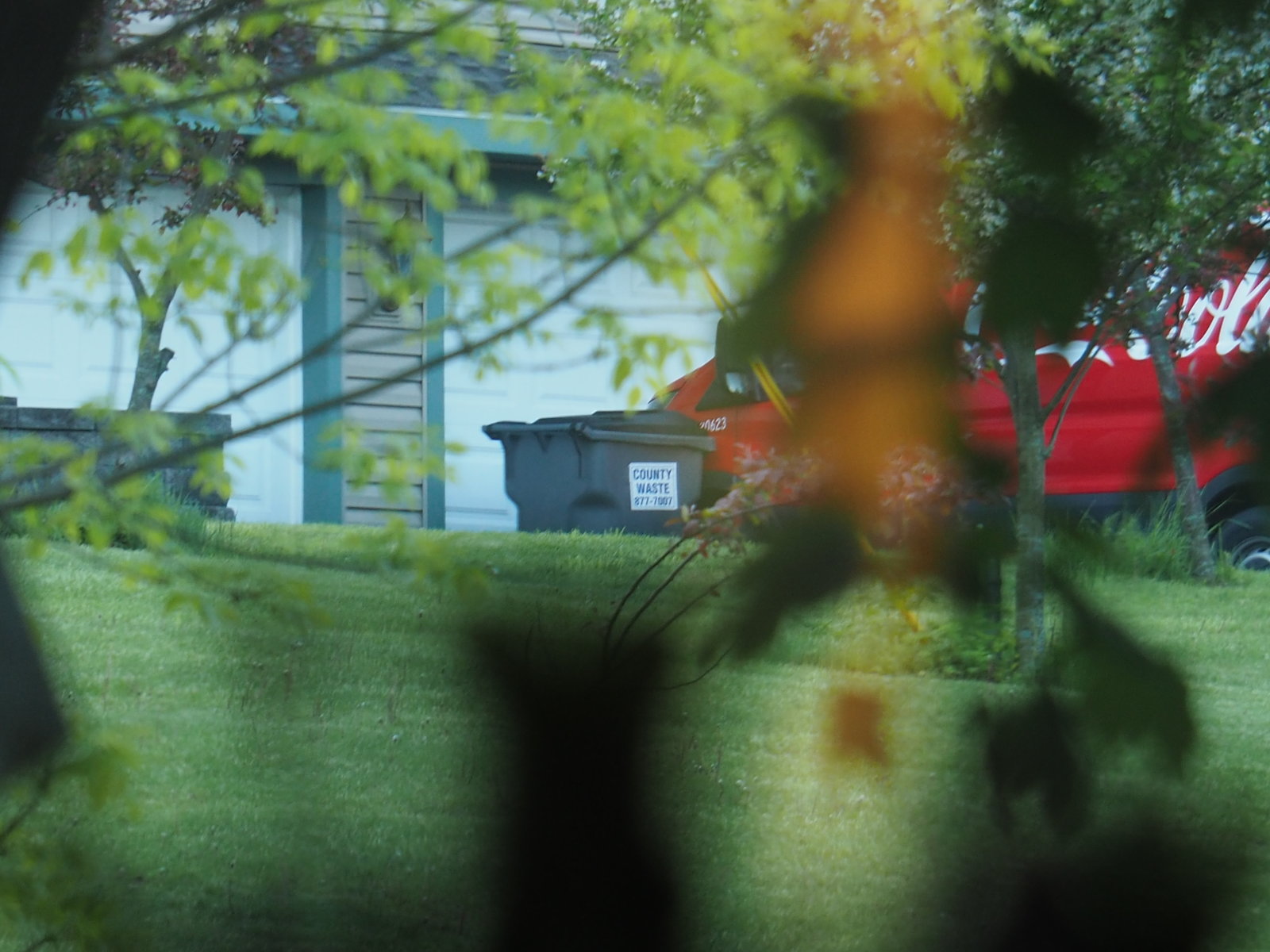 Then I got curious how the two would compare if no digital zoom was involved, so \ here's a pair shot at 300mm e. 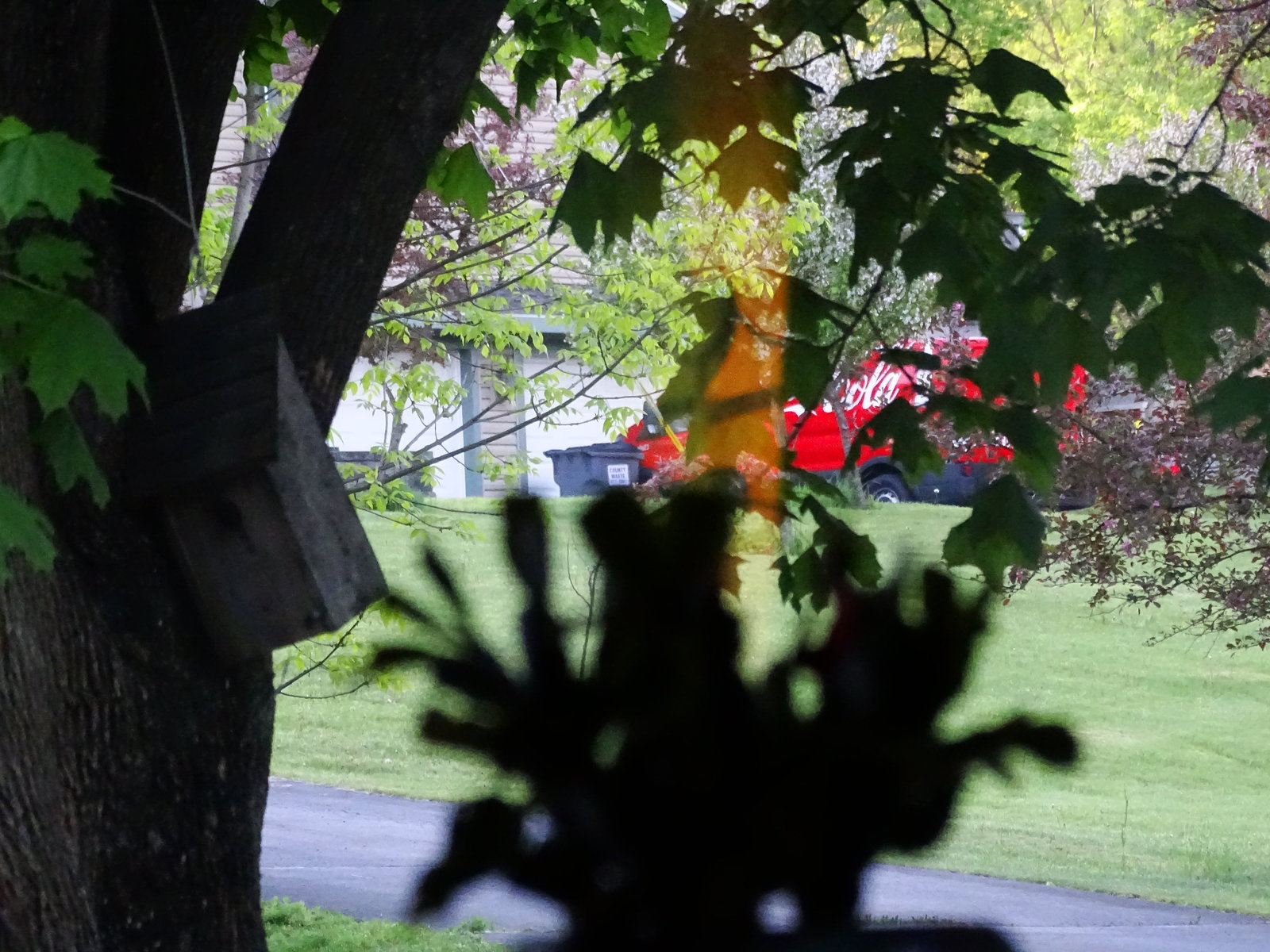 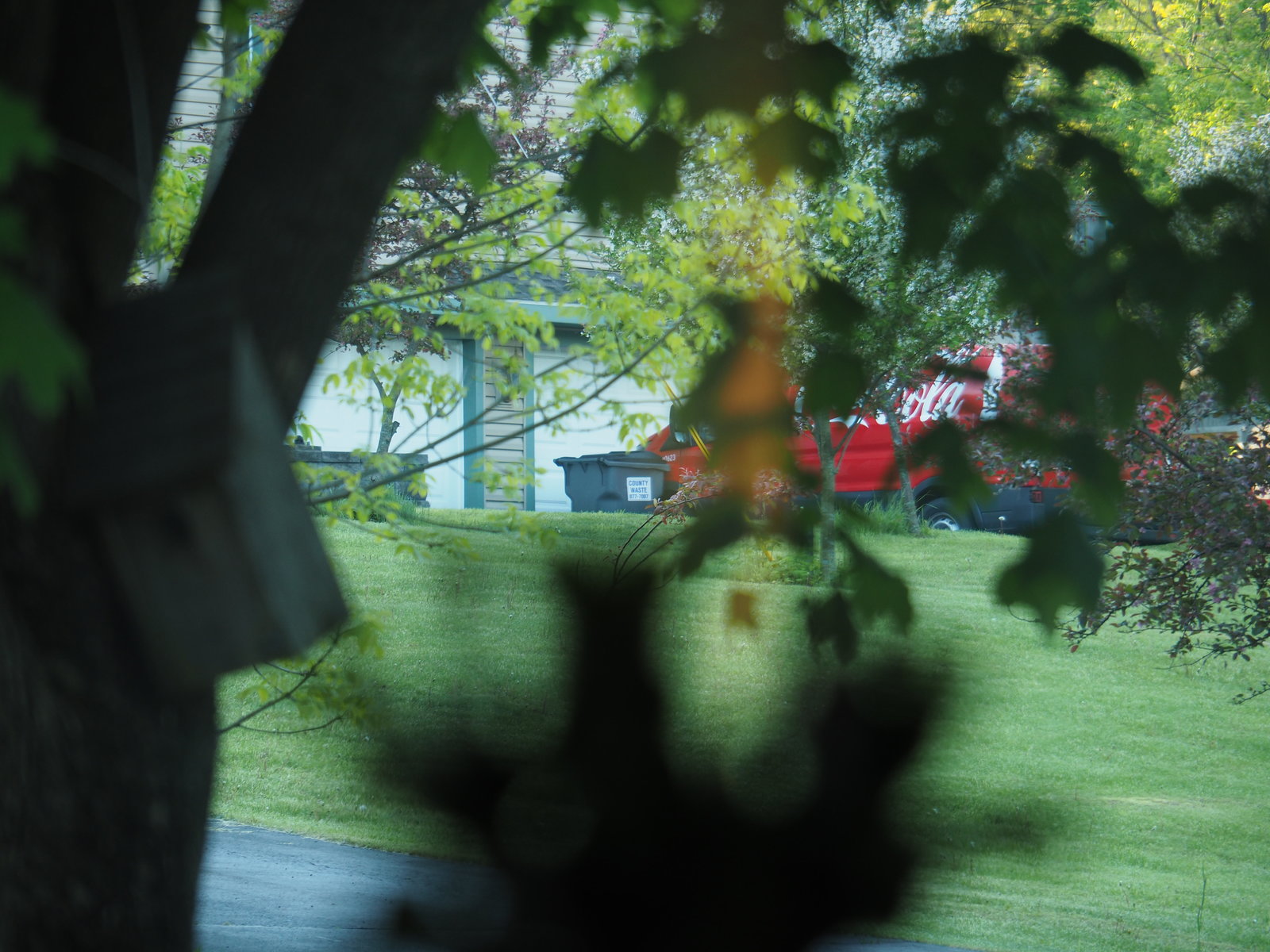 All shots were handheld, shot through a window, trying to focus on the lettering on the garbage can. No attempt was made to "normalize" the exposure; I put both cameras in P mode and faire roulez les bon temps.

I'll go with A as the Sony.

If we assume that A and B represent the same cameras in both examples, then I also go with A as the Sony.
W

I vote for A for the Sony, as the red burned out. If A is the Oly, then I'm really disappointed in Oly, lol

All of you are correct; A is the Sony.

Which camera is your favourite one?
2 3

Critique Wanted which one do you prefer