MELVILLE, NY, February 13, 2019 – Responding to the demand from amateur and advanced amateur photographers for an entry-level, full-frame mirrorless camera, Canon U.S.A. Inc., a leader in digital imaging solutions, today announced the second camera in the EOS R lineup, the EOS RP. The EOS RP is designed for photographers looking to step up from Canon’s APS-C cameras: the EOS Rebel, EOS M and the EOS 80D, into the world of full-frame mirrorless photography. Weighing in at just 17.29 ounces, the EOS RP camera is lighter than a 500ml bottle of water and smaller than Canon’s popular APS-C DSLR camera, the Canon EOS Rebel T7i, coming in at approximately 5.0in (w) x 3.77in (h) x 2.36in (d). With optics at its core, the EOS RP takes full advantage of the complete line up of RF lenses and is compatible with the existing collection of Canon’s EF and EF-S lenses with the use of one of three optional RF EOS-R Mount Adaptersi.

“As Canon continues to evolve its full-frame mirrorless cameras, our goal is that one day the EOS R line becomes as widely popular as our celebrated lineup of EOS DSLR cameras,” said Kazuto Ogawa, president and chief operating officer, Canon U.S.A., Inc. “As a company, we believe that in order for us to accomplish that goal, Canon needs to develop full-frame mirrorless cameras for every skill level of photographers and that starts with amateurs and advanced amateurs. This makes the EOS RP the perfect addition to the existing lineup.”

The new Canon EOS RP full-frame mirrorless camera features a 26.2 megapixel CMOS sensor that is powered by the company’s DIGIC 8 image processor, providing users with high-image quality, outstanding operation and functionality. The new Canon EOS RP features Dual Pixel CMOS Auto Focus (AF) with 4,779 manually selectable AF pointsii and a wide AF coverage area of 88 percent horizontal and 100 percent vertical. With f/1.2 lenses, the camera astonishingly boasts AF sensitivity in low light in as little as Exposure Value (EV) -5. When using the RF 24-105mm F4 L IS USM lens with the EOS RP, the camera can focus in as little as 0.05 seconds with Dual Pixel CMOS AFiii. When using eye detection AF, the camera can automatically detect faces and focus on the eye of the subject. This feature is supported when the camera is set in either servo AF mode during continuous shooting and movie servo AF, as well as one-shot AF.

Like the EOS R full-frame mirrorless camera that was announced in September 2018, the EOS RP is built around the same 54mm mount diameter and short-back focus. This allows for the use of one of three optional mount adapters for full compatibility with all existing EF, EF-S, TS-E and MP-E lenses. Through the use of the optional Drop-In Filter Mount Adapter or Control Ring Mount Adapter, these lenses, in fact, gain functionality.

For photographers looking to further expand their abilities and capture a wide variety of both still and video images, the EOS RP features Visual Guide mode. First introduced with the EOS Rebel T7i and EOS 77D, this mode allows users to see on screen how switching modes on the mode dial or tweaking settings can alter the image they are about to capture. This mode helps to guide photographers to capture more compelling images, such as ones with a shallow depth-of-field or being able to give moving subjects a frozen or flowing look. For those looking to expand their imaginative options, the camera also features Creative Assist mode that allows photographers to use new and unique visual effects and adjustments when shooting, such as brightness, contrast, saturation, color tone, monochrome and background blur. In addition, the design, ergonomics, layout and ease-of-use of the camera are very similar to that of other Canon cameras consumers might already be familiar with.

Additional noteworthy features of the EOS RP camera include:
Availability and Pricing
The Canon EOS RP full-frame mirrorless camera is scheduled to be available in March 2019 for an estimated retail price of $1299.00 for the body only. It will also be sold as a body-and-lens kit with the RF 24-105mm F4 L IS USM lens for $2399.00*

i When attaching an EF-S lens via any of Canon’s new R-series mount adapters, the EOS RP automatically switches to a APS-C crop mode.
ii Available AF points may decrease when shooting with AF cropping or in movie mode, or depending on camera settings or lens attached.
iii Based on results of AF speed tests in accordance with CIPA guidelines. Results may vary depending on shooting conditions and lens in use. Relies on internal measurement method.
iv Compatible with iOS® versions 9.3/10.3, Android™ smartphone and tablet versions 4.4/5.0/5.1/6.0/7.0/7.1. Data charges may apply with the download of the free Canon Camera Connect app. This app helps enable you to upload images to social media services. Please note that image files may contain personally identifiable information that may implicate privacy laws. Canon disclaims and has no responsibility for your use of such images. Canon does not obtain, collect or use such images or any information included in such images through this app.
v Compatible with select smartphone and tablet devices (Android™ version 5.0 or later and the following iOS® devices: iPhone 4s or later, iPad 3rd gen. or later, iPod Touch 5th gen. or later) equipped with Bluetooth® version 4.0 or later and the Camera Connect.
vi Compatible with iPad models utilizing iOS 11 or later and equipped with at least 2GB of onboard RAM—specifically, iPad Pro (all models), iPad (5th generation), iPad (6th generation), iPad mini 4 and iPad Air 2.
*Availability, prices and specifications are subject to change without notice. Actual prices are set by individual dealers and may vary.

Cameraderie Bot said:
The EOS RP is designed for photographers looking to step up from Canon’s APS-C cameras: the EOS Rebel, EOS M and the EOS 80D, into the world of full-frame mirrorless photography.
Click to expand...

Wait what? You have a bot helper now? :-O
The RP looks really tempting at that price point. Wish it had proper weather sealing and a fast 40mm pancake though...

Would really be something to explore further if I was starting new. Which I'm not. It's the RF lenses which look mighty impressive, particularly that 50mm F1.2 and 28 - 70 F2 Zoom. Albeit the setup with those lenses and the camera would look, well, not small at all.

Apparently the future is mirrorless.

Luke said:
Apparently the future is mirrorless.
Click to expand...

Tell that to my 3 Olympus E1's

I understand that it's easy to accumulate inexpensive vintage bodies, but isn't 3 a little much

Luke said:
I understand that it's easy to accumulate inexpensive vintage bodies, but isn't 3 a little much
Click to expand...

Spares... But I might have gotten carried away a bit too. :-D
(The third one was 60 bucks from B&H... It was a cheap way of dealing with some gas )

Supporter!
Tempting...Add the adapter and some cheap EF glass. I liked my 6D, but I didn't like the fixed LCD, only useable AF from the EVF, and micro-adjust. This would check those boxes nicely.

I have a bevy of Canon EF glass gathering dust so I may be a consumer for this one.
W

I'm not familiar with Canon's lens line-up. But is this $900 lens the one they are including in the kit for $1,100 more than the body only?

wt21 said:
Tempting...Add the adapter and some cheap EF glass. I liked my 6D, but I didn't like the fixed LCD, only useable AF from the EVF, and micro-adjust. This would check those boxes nicely.
Click to expand...

The B&H body only deal comes with an adapter. 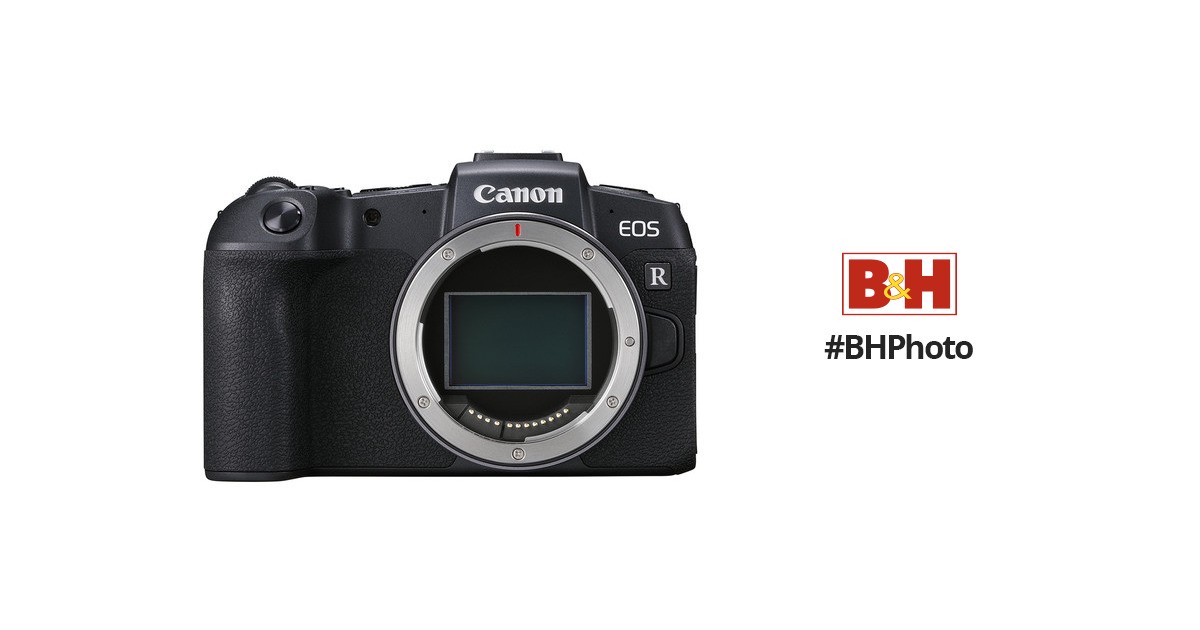 Luke said:
I'm not familiar with Canon's lens line-up. But is this $900 lens the one they are including in the kit for $1,100 more than the body only?

drd1135 said:
The B&H body only deal comes with an adapter.

So, do you get the bundle kit now, or wait until all the pieces start hitting FM in about 6 months. Sometimes the bundles hold their value pretty well (because they are kitted out late -- but I would like the adapter)


* = Cameraderie is an Adorama affiliate

Yep, which is the customer demographic I usually fall into. My current body is an EOS 77D and, with it only being about a year old for me, my wife would kill me if I hinted at getting another body this soon.

Kevin said:
Yep, which is the customer demographic I usually fall into. My current body is an EOS 77D and, with it only being about a year old for me, my wife would kill me if I hinted at getting another body this soon.
Click to expand...

Well you won't get any good photos if you're dead. May as well wait for the new and improved version to come out in two years. Let them work out the kinks.

There is much angst over on the mu43 Canon RP thread. I think i’ll just wait for the reviews.