Gary1 said:
I dismissed it because the lens is crap! After reading this review and many other,
I found the lens is very soft/blurry at F2.0, wide open.

About half way down the page, you can see proof that the lens can't even resolve the 2 year old 13MP sensor.

Once you get to about f4.0 it gets better (in the center), but then the corners get worse. This lens is one of the worse I've ever seen! It is way too big, heavy and definitely NOT worth $800
Click to expand...

I think your statements are a bit too definitive at this stage. The lens may well turn out to be poor, but do we really know that yet? Maybe wait a few months before declaring it "one of the worst you've ever seen".

For anyone in Australia, DigiDirect has stock on the G1Xii. Only a few units left. They have a price of $825 AUD, which is pretty cheap compared to the US price. Ryda have them listed for $648, but I suspect this is a price error, and they don't have stock yet.
S

I just asked Ryda if their price was wrong, and now the website has changed to $848.
N

The noise performance has been tested by Focus Numérique: http://translate.google.fr/translat...mark-II-bruit-electronique-12.html&edit-text= 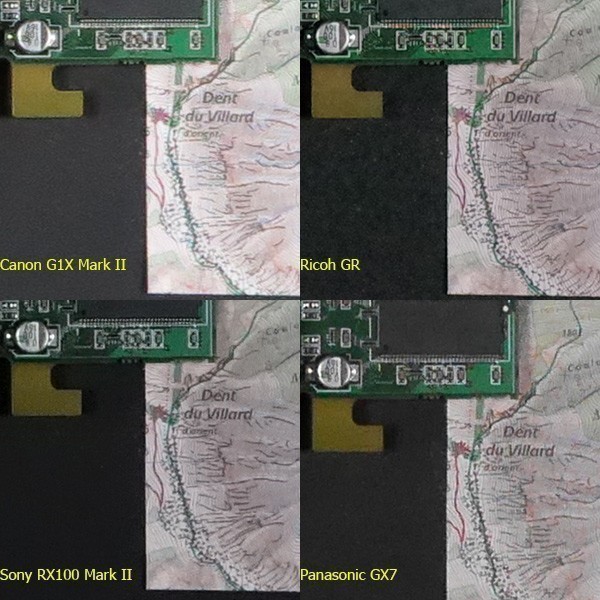 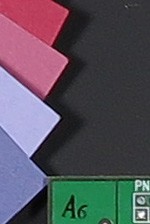 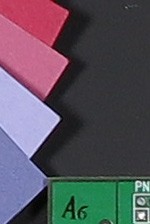 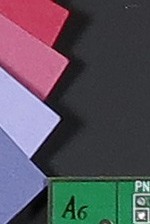 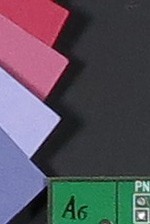 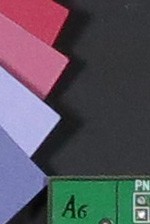 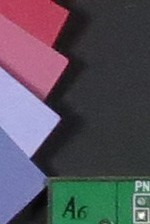 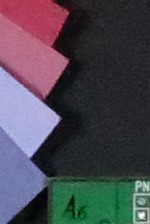 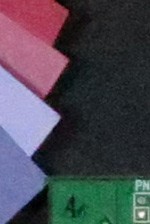 Nippa, you are correct, the original link I posted was moved. I think Canon saw it and paid them to remove it, but they only moved it.

That is the new location. Go about 80% of the way down the page. If anyone on this forum would like to dispute the fact that this lens is badly flawed, please do. Many people on DPR made excuses for it, they were very comical, pure fanboyism, it made me laugh.

Actually I did find that page after a search.
It reinforces everything else I've seen about IQ even the ISO 3200 samples above are less than stellar given the cost of the camera and EVF.

Funny how most of the sample images are only limited size jpegs and not RAWs.

The lens on the test camera seems to suffer most when it ventures outside of the old G1X's aperture range i.e. f/2 @ wide angle and f/3.9 @ telephoto.
A

As a tangential comment: someone recently asked me to suggest a camera for overseas travel. It would have be smallish, fairly light, but still 'look like a camera', not some little point and shoot box. Good images and good video were important, as well as a price of around AUD$600-650.

My recommendation was the G1X. Prices are reasonably low in Australia right now, and from what I've read, the G1X fit the criteria. I also suggested a high speed 32GB memory card and a spare battery. I was all ready to set up the camera and show them how to use it.

A couple of weeks later, they ended up buying an entry level Nikon DSLR with the kit lens, and a chunky Lowepro bag for all the bits. Not sure why, but I suspect that a salesperson talked them into it. Cheaper, yes, but much larger, much more noisy shutter, smaller apertures, less zoom, and harder to manage on an overseas trip.

As they were leaving, I was handed the camera to take a few shots of the family at the airport. I pulled the camera out of the bag, only to find that the lens wasn't even on the body. Huh? The lens was tucked into the second compartment of the bag! I clicked in the lens, turned on the camera, and then found that the battery was flat. So the new camera wasn't even able to take photos until they found a place to charge it.

At least they have iPhones. Probably better off with them, too.

Archiver said:
A couple of weeks later, they ended up buying an entry level Nikon DSLR with the kit lens, and a chunky Lowepro bag for all the bits. Not sure why, but I suspect that a salesperson talked them into it. Cheaper, yes, but much larger, much more noisy shutter, smaller apertures, less zoom, and harder to manage on an overseas trip.
Click to expand...

I laughed at your post, but this is *so* common. One of the oz forums I hang out in has a photography section, and people often post asking for recommendations for cameras to take with them on vacation whether locally or overseas... inevitably within a couple of posts, recommendations are flooding in for a D3200 or similar (but never a pentax, god forbid). Mirrorless cameras dont seem to get much airtime, much as I and a couple of others might try to push them, and as for a G1X... LOL! One's posts on that are usually roundly ignored. I wonder why it is that theres still a perception that without DSLR you can't get a decent shot...

Looks like B&H has the G1X Mark II in stock.

G1xiis are shipping to customers here in Australia this week - no, I am not one of them - and still the interwebs is relatively quiet

Conclusion
The Canon PowerShot G1 X Mark II impresses on paper and in hand. Leaving aside the LCD's dodgy feeling tilt mechanism, it has plenty to please advanced users who aren't interested in mirrorless lens switchers (which are often more basic) or DSLRs (which are more bulky). However, there are quite a few niggling little flaws in design/handling, many of which just aren't good enough for an expert-level camera. As a result, the G1 X Mk II may struggle to impose itself as a credible alternative, and that's a real shame. Still, picture quality is great right up to 3200 ISO and the G1 X Mark II takes very good photos, which ultimately pulls this PowerShot up to a four-star review.
Click to expand...