Back when I had a Canon 30D, I was struggling to find the right normal lens. The optically-excellent Sigma 30 was not autofocusing reliably, and the Canon 28/1.8 paled optically by comparison, so I began to consider whether it would be better to buy a Canon 35mm f/1.4L lens or spend a bit more to replace the 30D with a 5D and 50mm f/1.4. The 50mm f/1.4 lens costs roughly $800 less than the 35L and gives similar field-of-view coverage on a 5D to what the 35L provides on a 30D. I was thinking that $800 would go a long way towards making up the price difference between a 30D and a 5D.


I ended up buying the 5D, and right away it felt as though I had made the right choice. Every lens I owned at the time seemed to get significantly sharper when mounted on the 5D rather than the 30D. Thus, when Dave Chow (user name "chowy") in the DPR forums asked for advice about the same decision I had just made, I recommended he sell the 30D to buy a 5D. Like me. Dave was very happy with the performance of the 5D after he made the move. Unlike me, Dave had much of the best glass Canon had to offer prior to changing bodies. With the 5D and 30D in hand, he presented in the forums the following series of comparisons. All images shown below were taken by Dave Chow. Thanks again to Dave for letting me share these here.


First up: Canon 5D and 50mm f/1.4 versus Canon 30D and 35mm f/1.4L. These two systems provide a similar field of view, with the 5D system being slightly wider. The 30D system provides about the same depth of field with the 35L at f/1.4 as the 5D does with the 50 at f/2.2. Here is the test scene with the two systems at those settings (Click image for intended viewing size): 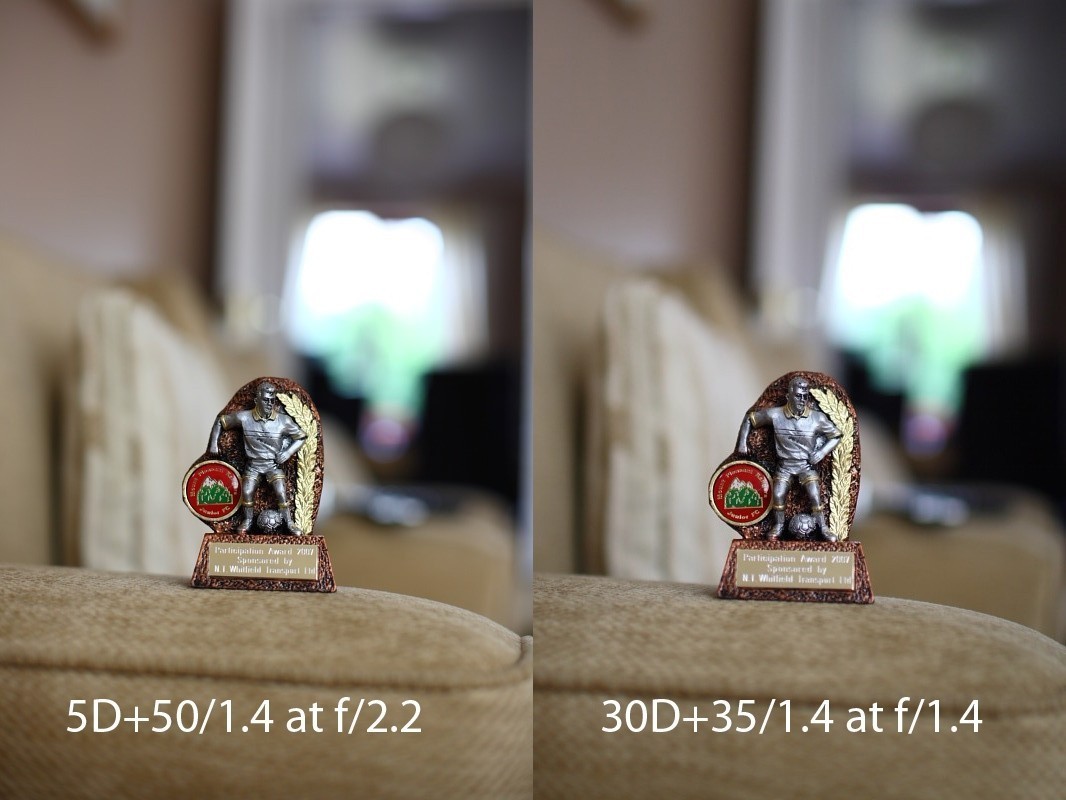 I can't tell much difference between them. The 35L bokeh is a touch more appealing (less of a hard edge), but that's a subtle distinction. Let's pixel peep. Here they are at 100% (Click image for intended viewing size): 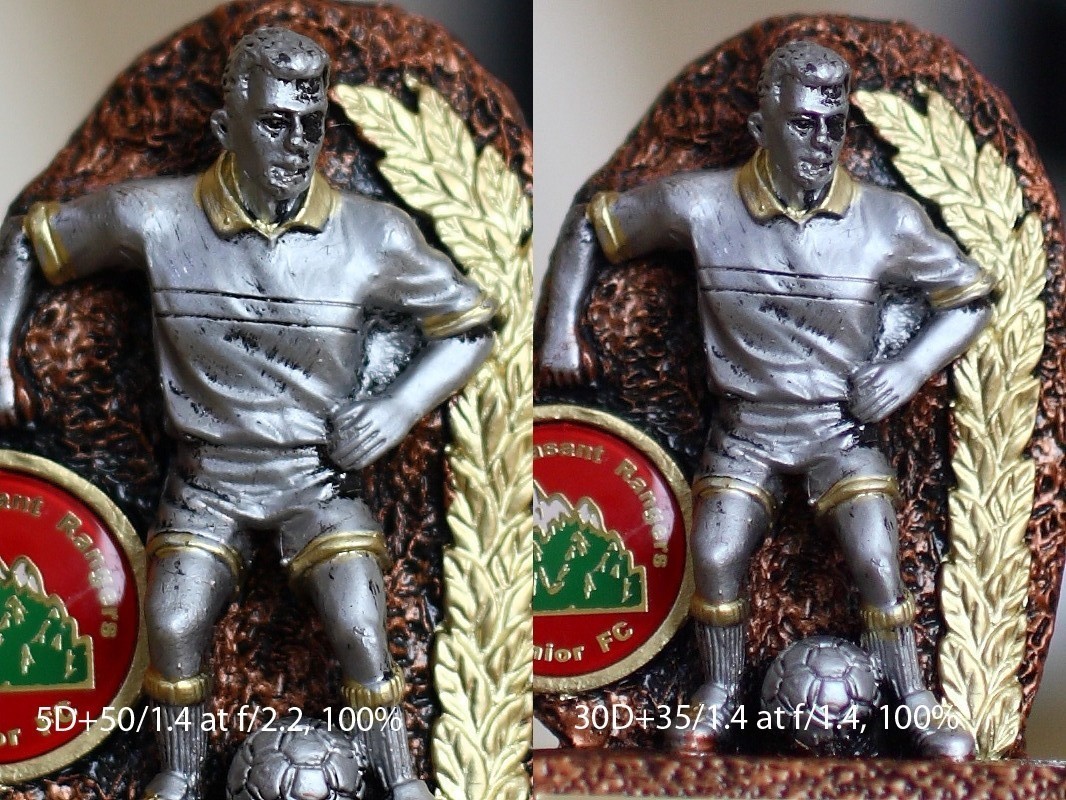 The 35L is damn impressive wide open, isn't it? Still, I believe the edge in resolution goes to the 5D system here, particularly when the two images are compared at the same output size (30D image upres'd or 5D image downres'd). If right about now you are thinking that I should be comparing these two camera systems at the same f-number rather than at the same DOF, or the same focal length rather than the same field of view, then you are bringing up a topic that I have chosen not to address in this article. 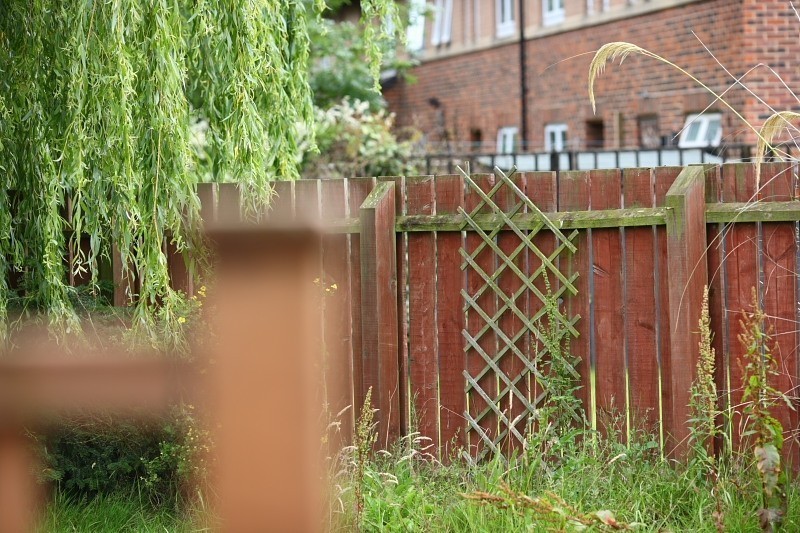 Here they are with the subject close and the background nearly completely blurred (Click image for intended viewing size):

In this comparison, the 30D system has rendered a slightly more pleasing background blur. Dave shared a second comparison set for these two systems in the original thread, but I am omitting that one from this article because I believe the outcome with regards to bokeh was affected by backfocus on the part of the 30D system. Although I cannot provide the 100% crops for these images, a number of reviews have established that the 135L is sharper at f/2 than is the 85L (either version) at f/1.2. 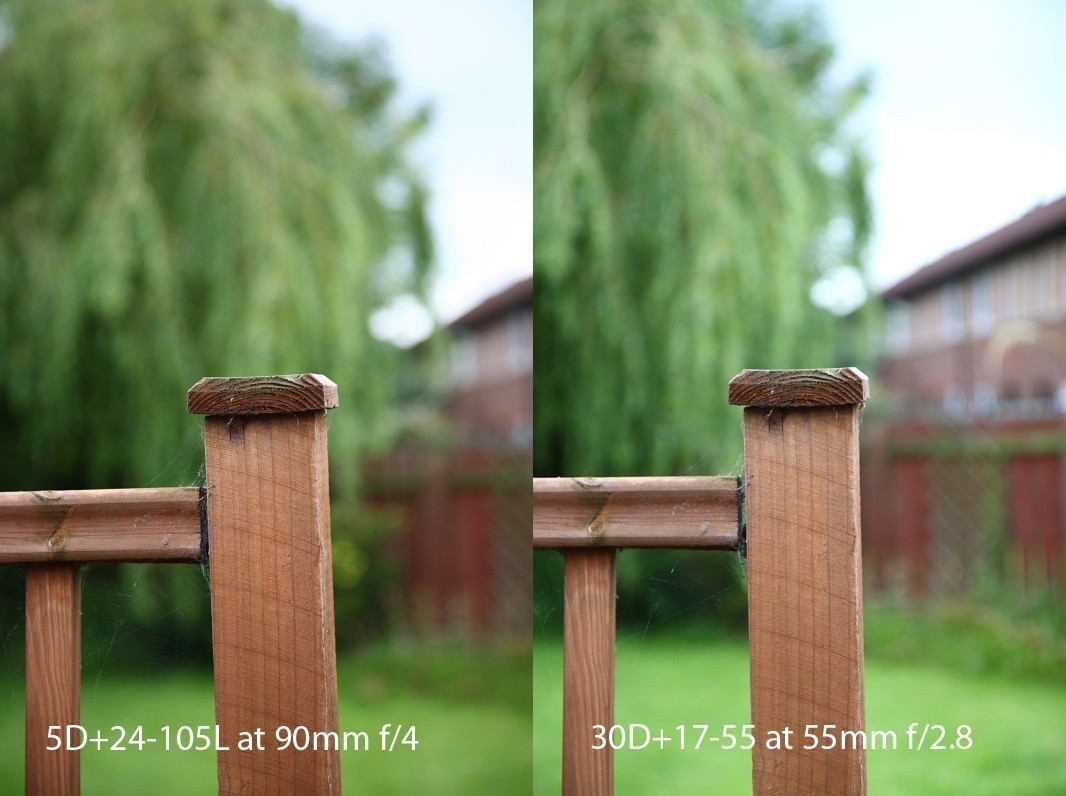 In this case, the 5D image has more bite, producing nicer colors with greater contrast, though Dave pointed out that the 30D had +1/3 stop higher exposure compared with the 5D system. The 24-105 has also done a slightly better job here with the bokeh, though the slightly different DOF is a confounder. At any rate. neither of these lenses is going to win any awards for bokeh.

I use full format for portraits and wides, crops for sports and as a light weightsecond body. Sometimes it pays to have one of each on you when doing an event. Last time, I put a 14-70L on the 5D II and the 25-105L on a 550D.

These 2 are so similar I feel like you've blown my mind.

Epic thread revival, but a good one!


Amin Sabet said:
The optically-excellent Sigma 30 was not autofocusing reliably"
Click to expand...

Ah, memories. I don't think that I ever got the micro-adjustment for this lens quite right on my 50D, and it was basically unusable on any body without AF micro-adjustment


Amin Sabet said:
Every lens I owned at the time seemed to get significantly sharper when mounted on the 5D rather than the 30D.
Click to expand...

Interesting that you found this even with the 8MP 30D. I tried a few of the mid-level EF primes (20/2.8, 24/2.8, 50/1.4, 100/2, 100/2.8 Macro) on a 15MP 50D and a 500D and none aside from the 20mm and the 100mm Macro impressed me for sharpness. I figured at the time that taking a small but dense 15MP chunk out of the centre of the lenses (designed for full frame) started to reach beyond their ability to resolve. Stopped down significantly they were fine but it kind of defeated the purpose if they were no sharper than the 24-105 f4L zoom and were just soft when used at wider apertures. The Canon lenses actually put me off from using primes until I tried out some of the Micro 4/3 lenses.

I'd SO buy this! A Canon mirrorless full frame imagined.