I didn't know where to put this, so I thought I would here.

A coworker had a canavas print of a picture his wife took with a p&s. He said he got it done at wolf camera. It looked pretty good. Anyone else have this done? It looks like a nice alternative to framing. The only thing issue i might run into is that I would have to take into account the wrapped edge.

I had one done from some online place. It wasn't a great choice of a photo. I warned them that it was a bit oversaturated and mentioned a few specific parts of the image that should NOT appear as black and that there should be detail. They sent a proof image in an email and said it would look identical. It didn't. I won't bother getting another one. Just my experience. Definitely think of the edges and how it will look with the wrap.

I've actually gotten quite a few from mpix. Stretched over a wooden frame and stapled on the edges. A lot less expensive than actual framing of prints and very easy to hang. I've been really happy with the quality - its a bit more muted and softer than a paper print, but nothing that matters when you're actually viewing it - only if you hold it really close and examine it in excruciating detail. So, for what it's worth, I really like them. I shoot in 3:2 and use the borders in Silver and Color Efex Pro and they fit quite precisely in their 12x18 canvas prints. I'm not sure if everyone does it as well as Mpix, but I'm quite happy with their work.

This was a color canvas print from a fuji P&S straight out of the camera according to the coworker. I'll look at Mpix but Wolf/ritzpics has a sale going on right now. The color was really good. Not muted at all Maybe even on side of oversaturation. I know some places have an option of the type of edge you want, others just wrap. My own intuition on this is just to use a fixed color on the edge so the entire image can be seen without the wrap. I appreciate the feedback. I've got lots of 8x10s I've printed that would have been nice as canvas instead, and cheaper too.

Sorry, when I said muted, I meant the detail, not the colors. I have a couple of color prints on canvas and a couple of B&W and the colors are not muted at all. But pixel peeping a canvas print is an exercise in futility, which is more than OK with me!

I think if you get one done its got to be from people who specialize in printing them ,they can be expensive but cheap ones look awful - so pay a bit extra it will make a difference !
D

First I'll start off with the process. This can be done on ritzpics.com I think, but I went to the store. One of the most critical things is dealing with the software for uploading and dealing withthe images. Unlike other places, Wolf only does a complete wrap. On all but the 8x10 canvas, they use 1.25" wraps. They do not have a choice for the "mirrored" look or just a black/white edge wrap. Now this can be done if done ahead of time and in photoshop. Basically, one could take the image and drop it onto a black or white layer and make it larger than the image to cover the wrap. Of course the exact size of border would depend on the size of canvas. The lady at Wolf says that this works out usually fine, but there are times that for whatever reason, the image doesn't always line up exactly and the border used can either end up on the front of the canvas slightly or the image wraps to the edge slightly. In the end, I just adjusted the pictures to be wrapped. Also keep in mind that the larger the canvas print, the less percentage of the image that is on the border. In the end, I just adjusted my images to be wrapped. For me, this was slightly difficult because many of my images have significant subject matter/content going to the edge of the image frame.

Now my thoughts on the final product:

The color was dead nuts in my opinion. I had 4 of my waterfall pictures done, and the greens, browns, and grays were spot on. I did not notice any significant color cast to what I was expecting them to look like. These were in sRGB and I was worried that the color might be off. The only complaint is that there were some areas of one of the images that does have some slight red fringes showing chromatic abberations in the on-screen image. These are not very significant in the image. However, on the print, the CA showed "wider" than what it is on screen as a percentage. From a reasonable viewing distance, I can't notice it.

The material itself feels pretty thick. The only complaint is that its slightly more textured than I would prefer. I think a smooth cloth type material would have have looked more "photograph" like. This heavy textured material makes the photos look more like paintings that photographs, but, I don't mind this for the images I chose. I'm not sure if this material would have been satisfactory for architecture or portraits. I agree with Ray in that because of the material and texture, detail close up isn't as evident as it would be in a traditional print. The ink they used appears to be more satin, but because of the texture of the canvas, looking at off angle can show the texture up of the canvas. Overall, it looks like it will last a long time.

From best I can tell, the ink looks fine. I think a little less sheen would be prefered, but overall I am pretty happy with that.

They seem pretty well built, if not a little lighter than I would have though. They but a black mat board on the back, so they are closed in the back. I actually thought this was a nice touch, but one has to wonder if they do this to hide the quality of the wrap. The wrap comes with a heavy duty hanging tab on the back for either landscape or portrait mode. I think I would have prefered a hook and wire type attachment, but overall the tab feels pretty solid and is attached to the wood frame pretty well.

Overall I'm pretty happy. The colors are spot on and they feel reasonably constructed. While I have my own quibbles like I mentioned above, I think for the half off price they are a good value. However, I think if I was going to pay their full price, I would have looked elsewhere for more options and flexibility. I do not think portrats of people or architecture would have looked very good on these canvas prints. They are perfectly fine for landscapes and probably better suited.

I recently decided to try canvas gallery wraps. I wanted a couple of photographs of my old sailboat to hang on the brick wall of my family room. 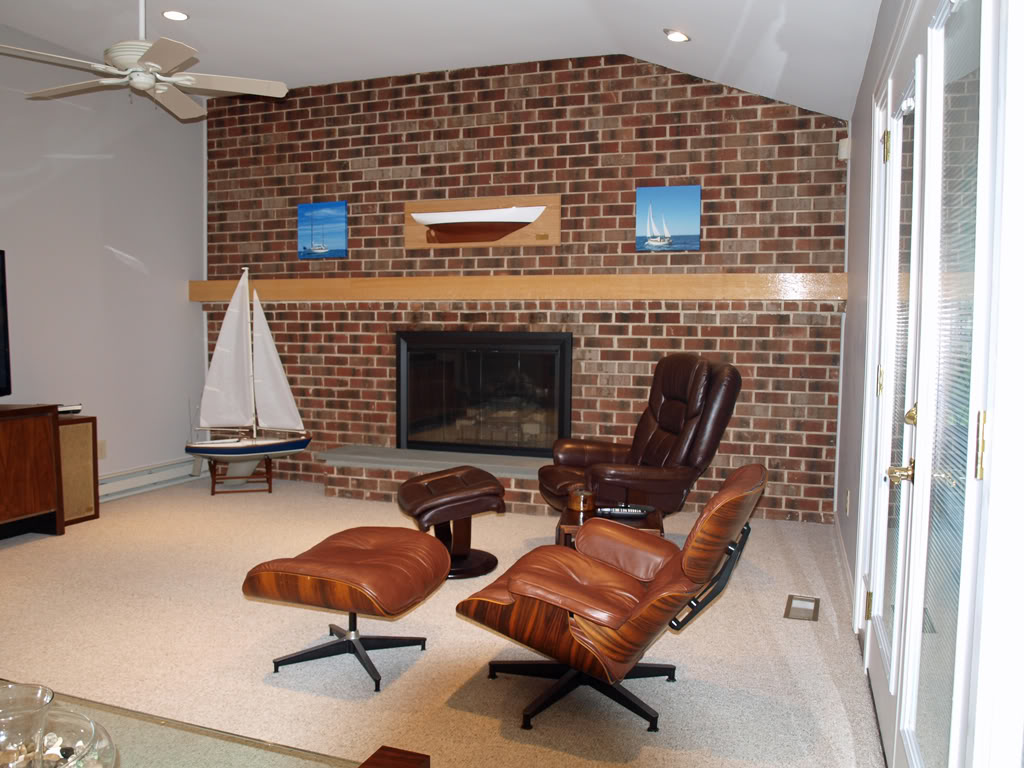 Based on favorable comments in this thread (and elsewhere on the web), I decided to try MPix.com. I ordered the "Under Sail" (left-hand) image from them as a 16" x 16" canvas gallery wrap with 1.5" thickness. Two days later I came across Canvas4Life.com and decided to try them with the "At Anchor" for comparison. The results are enlightening. 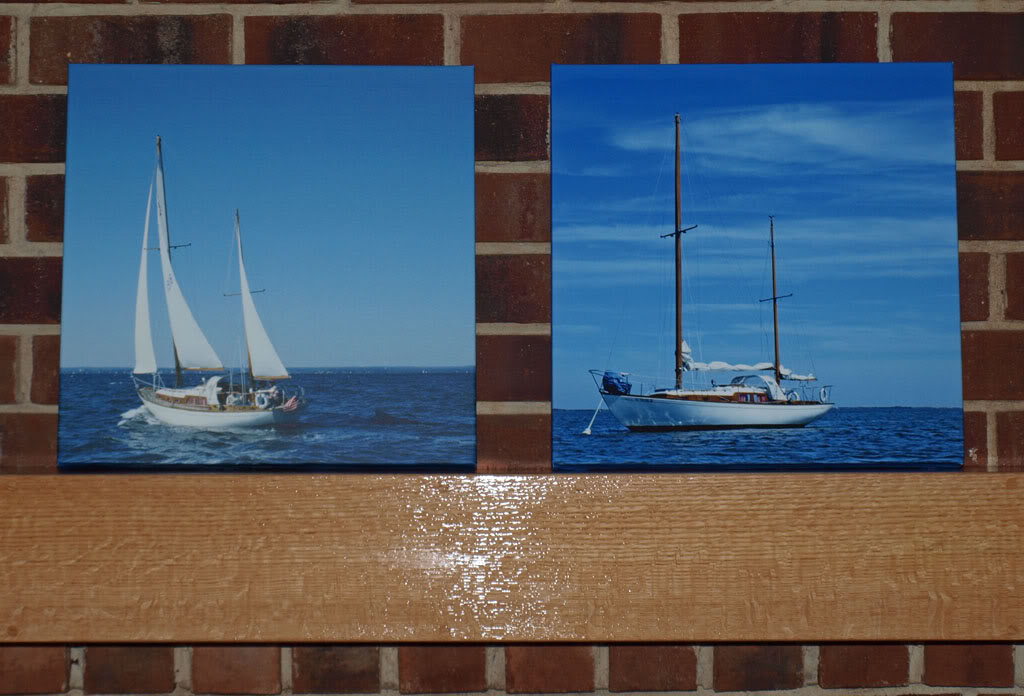 To my eye, the Canvas4Life print reproduced better color and detail - it exhibits more "snap". 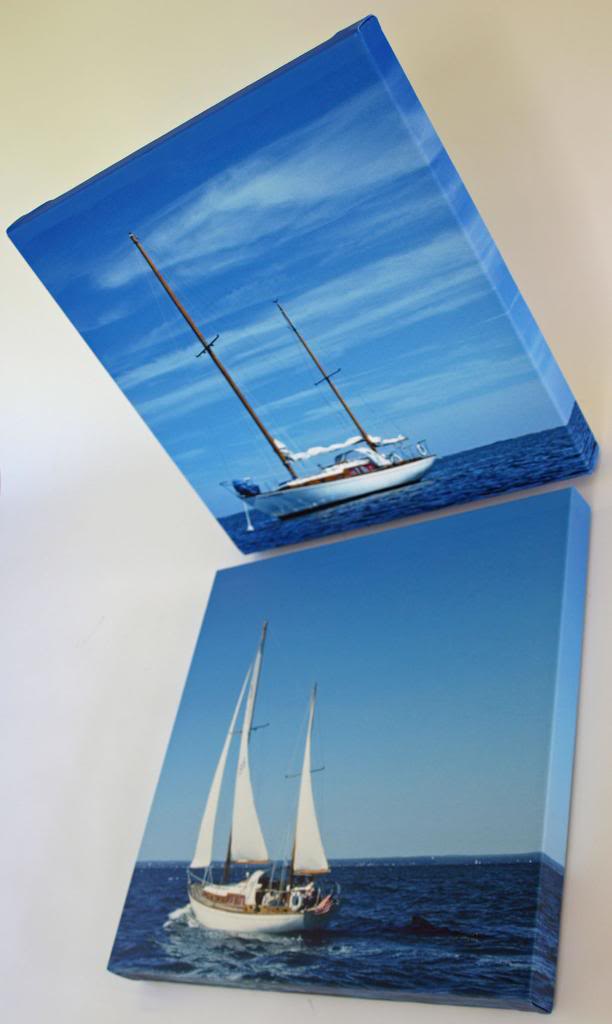 Both prints seem to be made on similar thickness material and both are neatly folded, stretched and stapled. 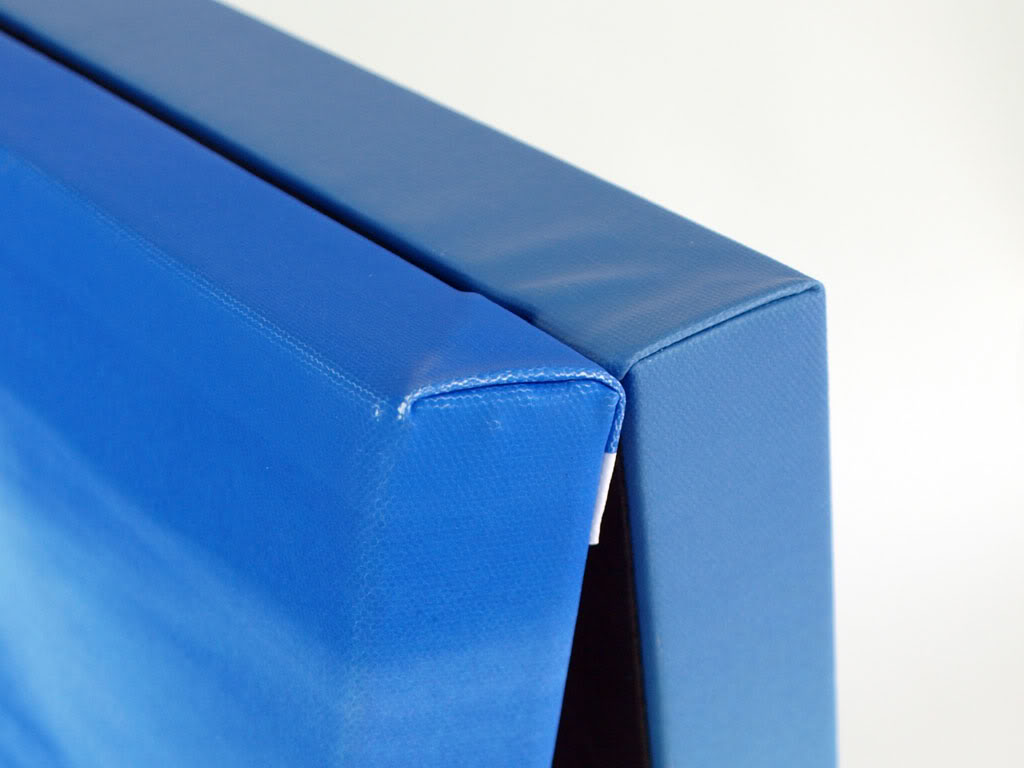 The MPix print has a paper covered back, while the Canvas4Life print has adjustable wedges to tighten the canvas. 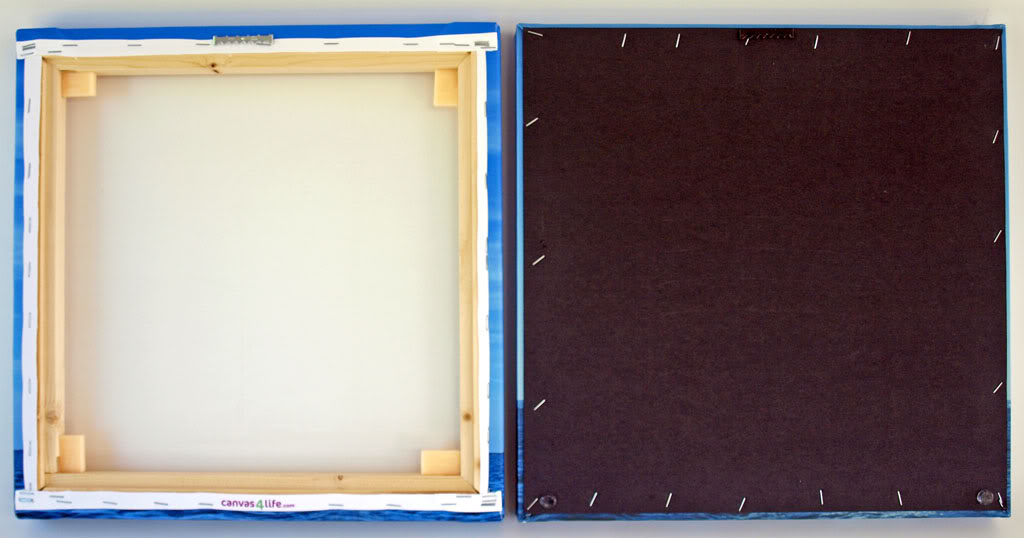 Both prints were ordered 16" x 16" x 1.5". The images were both sized for 18" x 18" images to allow for the folding. I actually "faked" some additional sky above the masts in both cases. Each JPG sent had 933 by 933 pixel resolution. I took the photo of Sabbatical at anchor using an Olympus OM-2 and (probably) a 50 mm f/1.8 Zuiko lens with a polarizer. The shot of her underway was taken by a sailing buddy from his boat using a more modern Minolta (that he subsequently drowned when we went sailing together in the Virgin Islands).

But here are some important differences:

MPix charged me $80 plus $7.95 for USPO priority mail shipment. I ordered the print on May 30 and received it on June 6. They could not take my American Express card - only bank cards were acceptable.

Canvas4Life charged me $59.99 including free Federal Express ground shipment. I ordered their print on June 1 and received it on June 5! They do take American Express.

It's always nice to find something of quality that is not the most expensive thing in the shop! Buying that second gallery wrap was a little like buying my first VW New Beetle!

Here's the definative comparison. I reprinted the Under Sail photo as a gift. This time I had it printed by Canvas4Life, using the same file MPix had previously printed. I photographed the two canvases side-by-side under difuse daylight. The new print is on the left and it clearly shows more contrast and better color saturation and gradation. 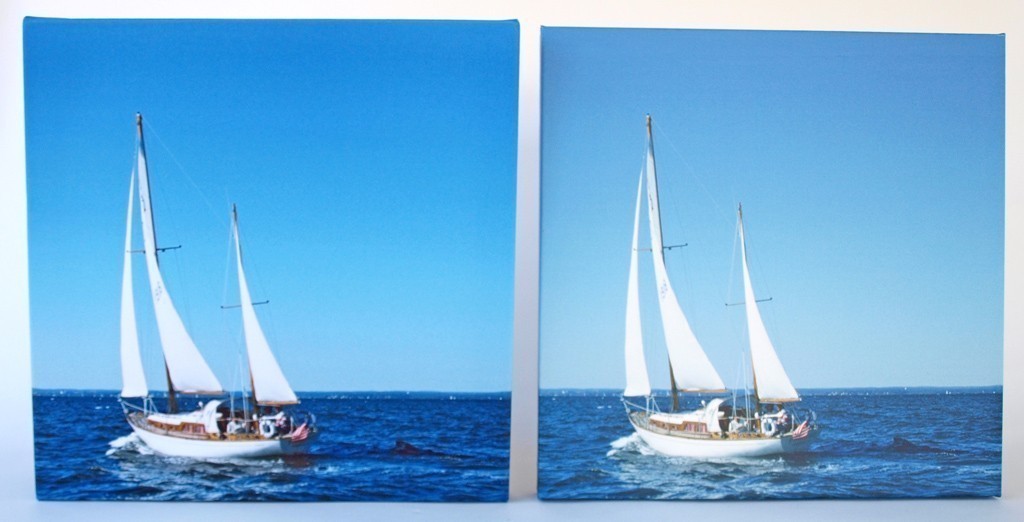 Supporter
that's a clear difference indeed, the canvas4life one has much better contrast. Nice find!
D

I've got a few more I'd like to do, and I might try the canvas4life. Thank you for the information. If I get a chance this weekend I hope to hang up the one's I got and take a few photos to show how they turned out.

Very useful information here, I have been thinking about trying a canvas print. Cheers guys

I recently had a 40" x 30" B&W canvas print made after I obtained a voucher to have it done for $90 + $10 postage. The image came from a 2005 vintage Canon 350D that had been cropped down to just under 7MP to match the required aspect ratio. I'm really happy with how it turned out and it seems faithful to the digital file in terms of contrast and shadow/highlight detail. For those in Australia the company was Mojopro. They appear to have deals fairly regularly so next time I'm going to try one in colour and see how it goes. Probably not 1m wide, though; I only have so many walls...

Easy Canvas is having a nice limited-time special almost custom-made for 4/3 and m4/3 shooters. They are offering an 18x24 canvas print for $34.99 with free shipping. Here's a link to their advert:

I had one made and I'm pleased with the quality. (Low resolution snapshot.) 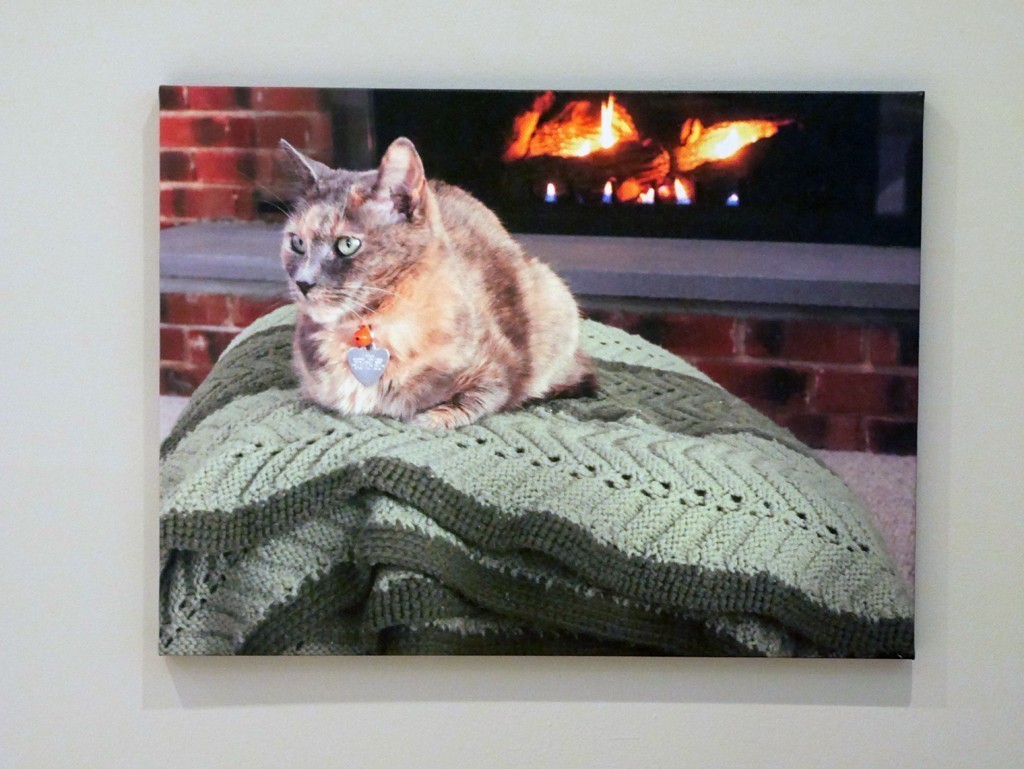 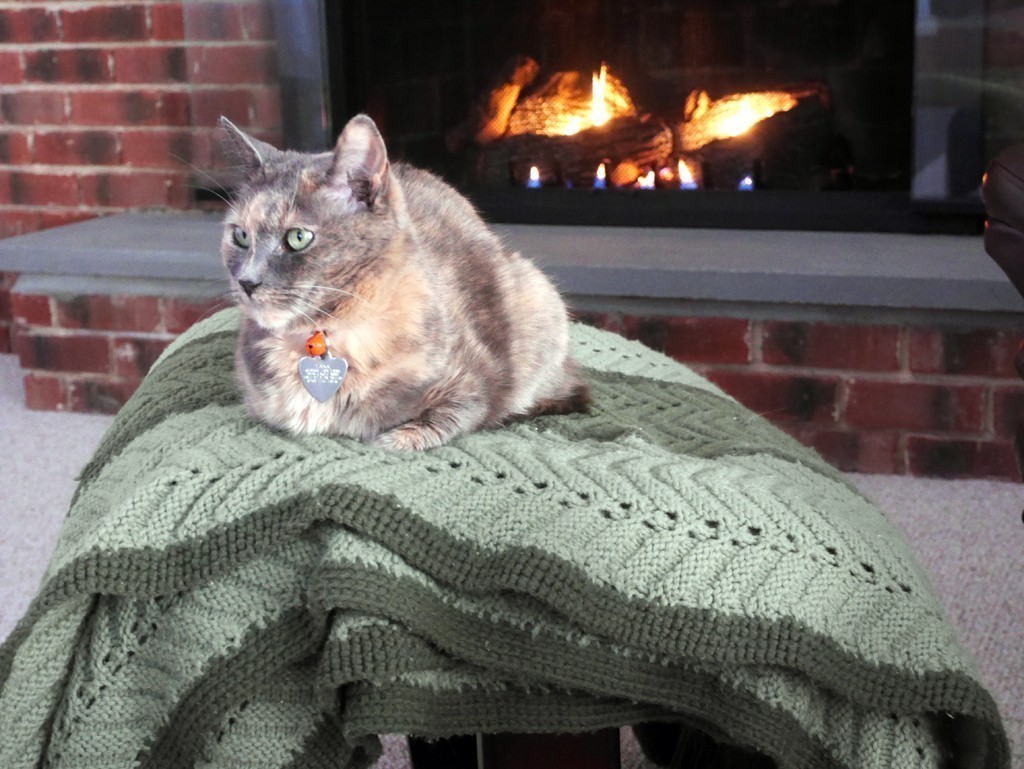 Subscribe to see EXIF info for this image (if available)
Last edited: May 26, 2015