Capture One (moving from LR)

Okay, so I got back from a week long trip where I had my laptop so processed pictures as I went - using LR/PS and Silver Efex. Towards the end of the week I started to notice worms, and lots of them - even at 100% which didn't seem to be the case previously. I think that if I turn of all sharpening in LR (or at least dial it down to have little or not effect) makes the problem go away.

There are other issues I am seeing with LR - I find it slow, plus some of the UI doesn't refresh like it should (I often get stuck on low-res images when zooming in).

So, I am giving Capture One another go. I have v12 Express for Fuji installed and have started playing with it. I can get worms, but only by cranking sharpening up to far too high a value. I can't justify the cost of going to the Pro version, so I want to use this with PS and Silver Efex. I need to spend as long as I can learning Capture One so I can then look to swapping out PS and Silver Efex later.

I am struggling to see the difference between Edit in and Open in when using the menus - it seems like Open In sends the RAF to PS whereas Edit In sends a TIF - but even when I send a TIF over I get taken through Camera Raw in PS. Am I missing something here?

Also, I assume that there isn't a grad filter tool in Express?

I think all of the extra tools are in the pro versions.

So, I have jumped across to Pro to get to all of the neat tools. Do I need to add an extra adjustment layer for each area that I want to clone out?

If you would make a layer in PS for a change you might want to adjust later, I do the same in C1. I am using C1 pro for Sony and I like the way it handles the raw files. I use the "Edit With" if I want to use the adjustments I have made. But, not all adjustments transfer to PS or LR, just be aware. The videos they have available are quite good and answer many questions for me.

I've spent a few hours on these images today. I think I am beginning to understand Capture One. I was worried about healing/cloning but I can get that to work now. 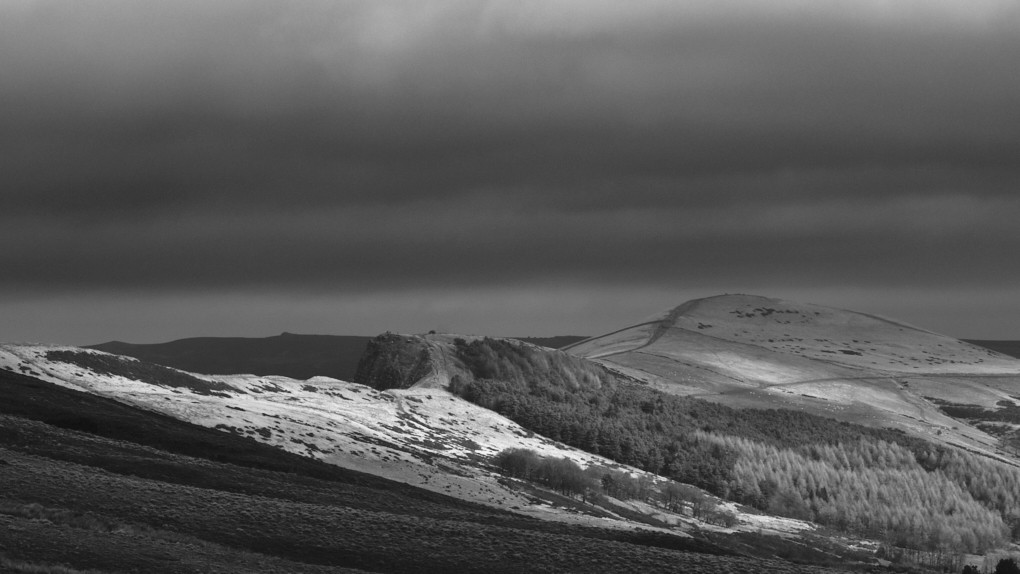 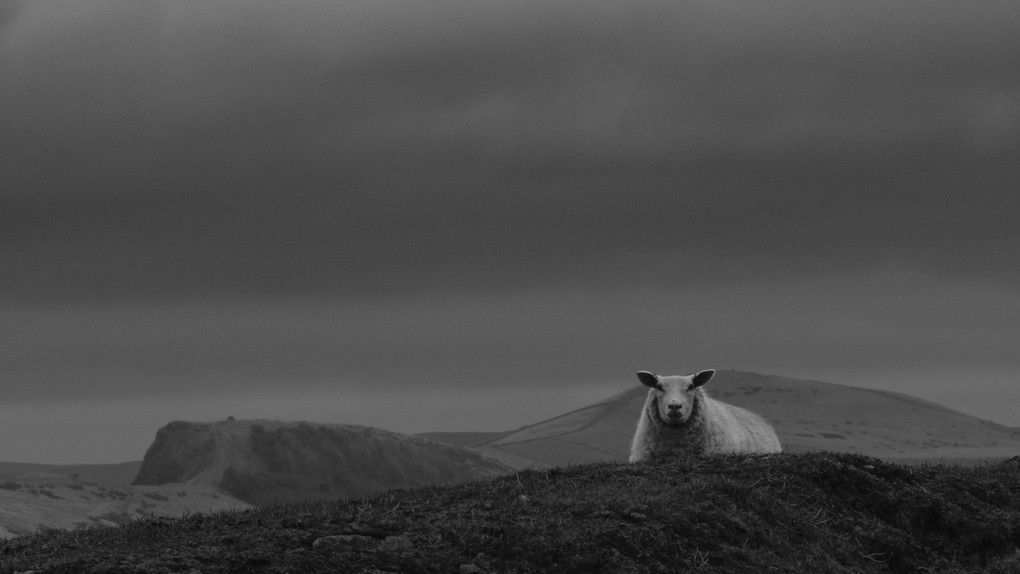 The second one is still a little dark for my taste and I am struggling to keep the clouds together whilst getting interest into them. 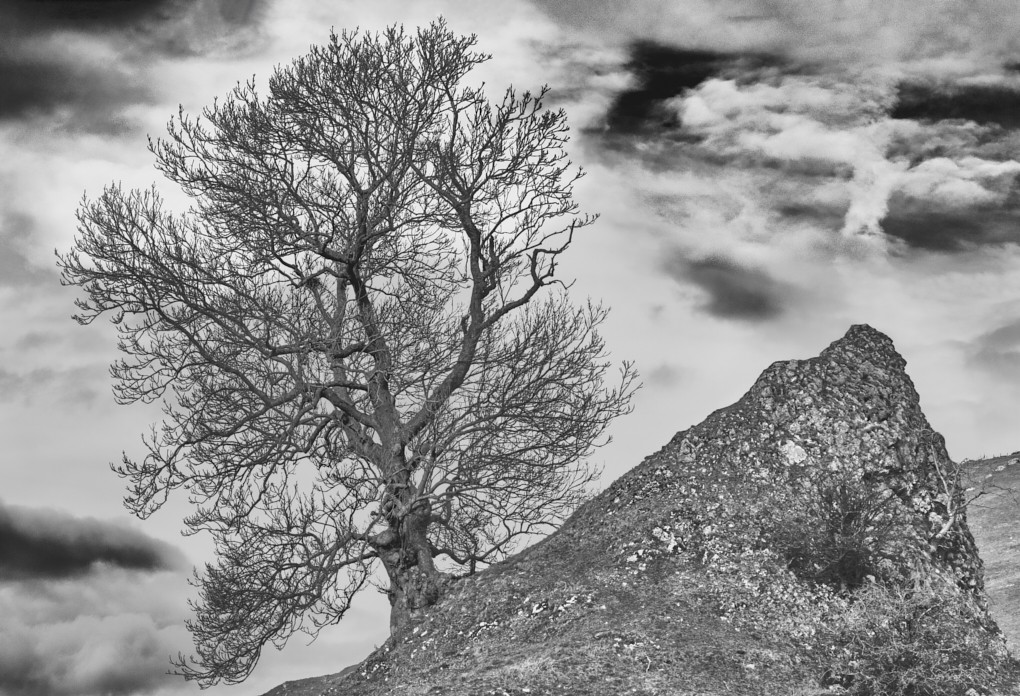 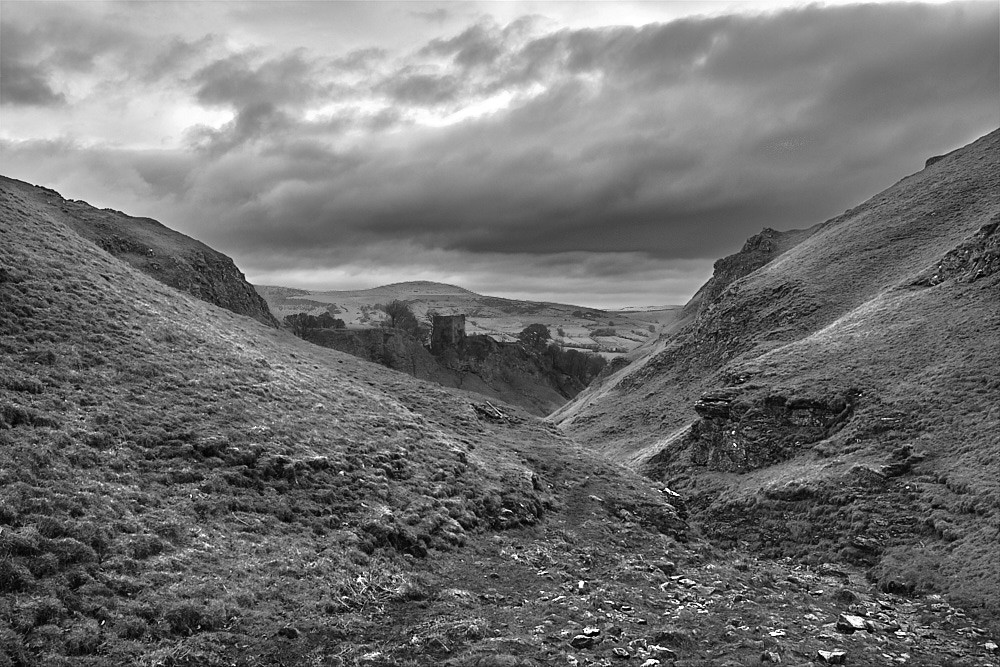 Subscribe to see EXIF info for this image (if available)
I've spent a couple of days watching tutorials and have had a couple of ah-ha moments (brightness only affects midtones, plus how clarity works). I managed to seperate the hills in the far background from the castle and ridge to get a better picture here. This isn't nearly as easy as it would be with LR and Silver Efex Pro but the results are more controlled and more nuanced using Capture One. I haven't paid anything yet - there is a 50% deal right now, but I may not be able to take that up - I am probably going to end up being 'pay as you go' for a while. 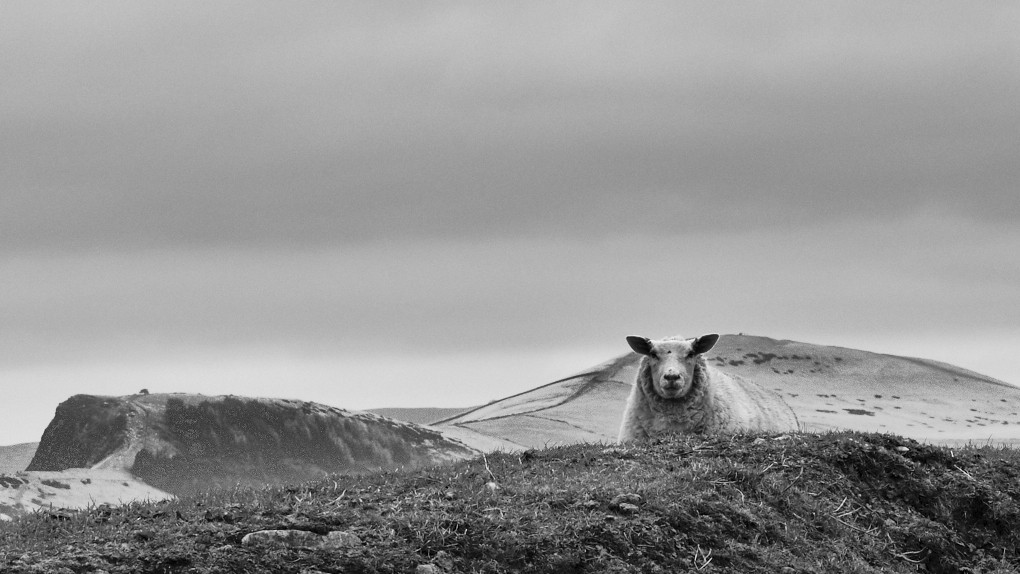 Subscribe to see EXIF info for this image (if available)
Revisited the sheep picture from earlier in the week - this is much more what I was looking for.

Have you had any experience with higher ISOs yet? I don't shoot Fuji so it's not 1:1 but I'd love to give up LR for something with good noise reduction in addition to all the other tools. I tried On1 Raw but it falls apart quickly with files from my Panasonic and the Ricoh GR.

I’ve had great results with high iso shots in Capture One. It doesn’t hurt that the Pro2 does well at high iso though.

Just back from a trip to the US. This one took a bit of work but has come out how I wanted... 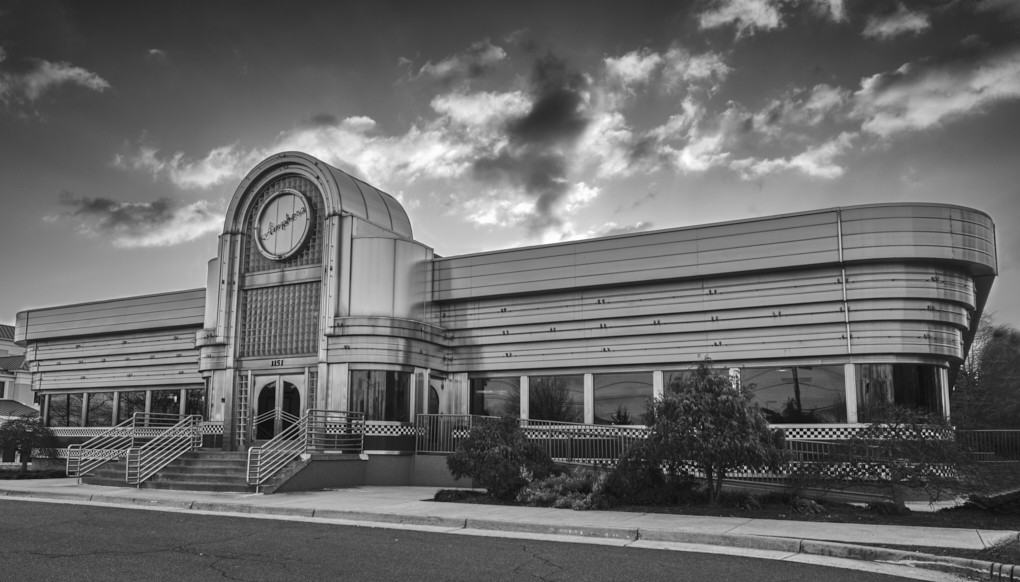 Subscribe to see EXIF info for this image (if available)
This was taken about 6:45am - boy was it cold!

Here are a couple of edits using Capture One. 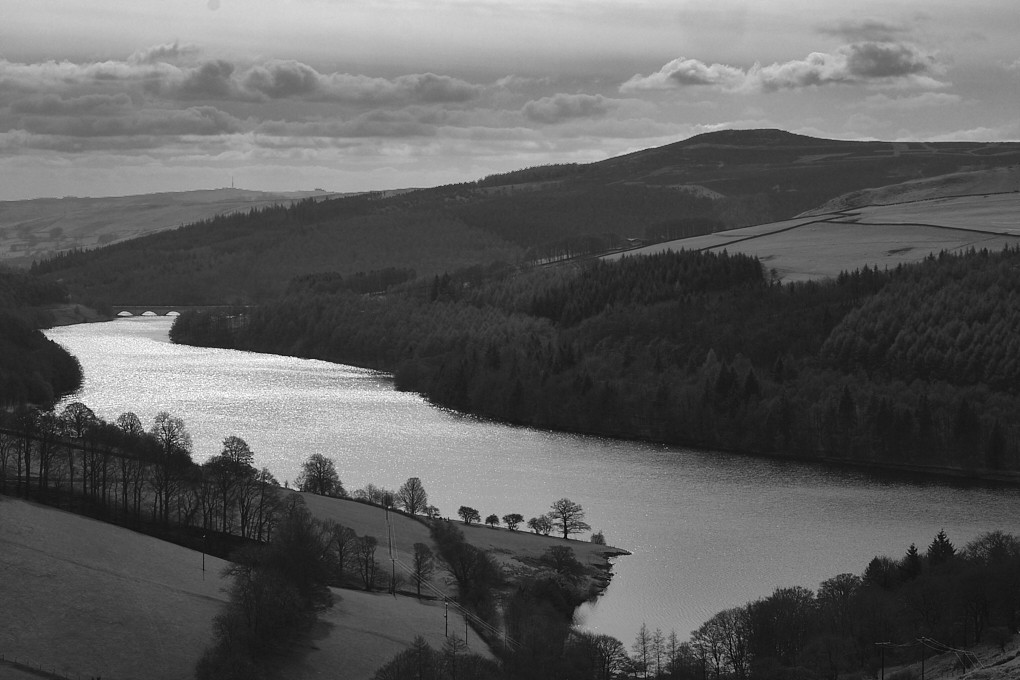 Subscribe to see EXIF info for this image (if available)
This was my first attempt, which I think is "okay" but I wanted to really bring out the layering in this one by emphasising the tonal differences. Also I think that the sky is a bit flat in this one. 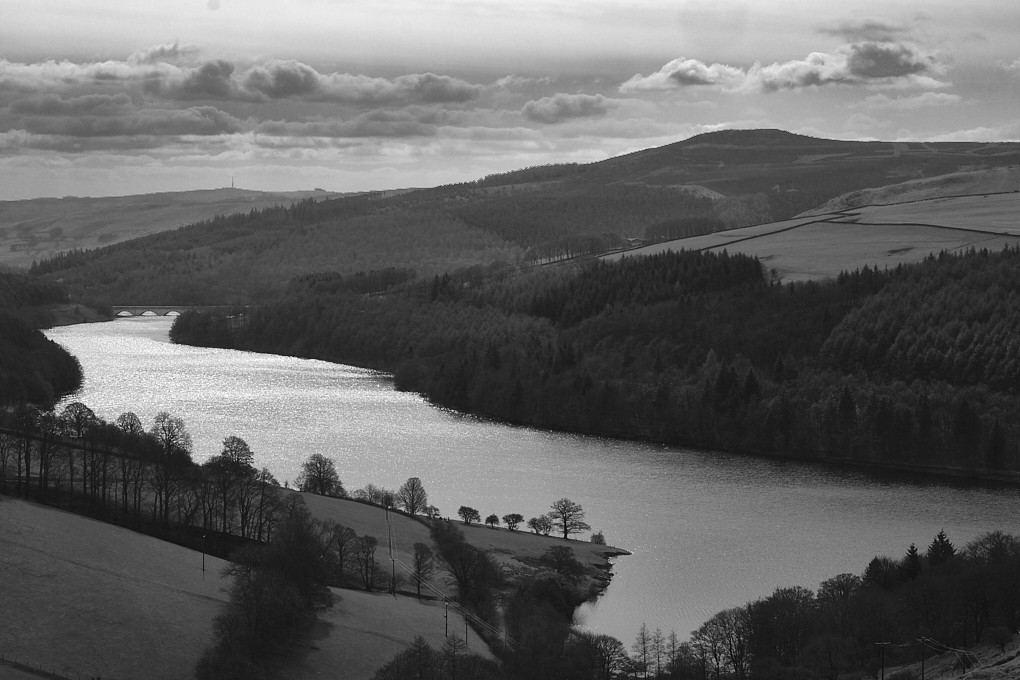 Subscribe to see EXIF info for this image (if available)
A little bit of masking and carefully using a curve in the sky leads to this, which is much closer to what I wanted.

So, turns out that the half price Fuji offer also applies to monthly subscription that you take out annually. So I am all in at £8 per month!

I think Capture One slows me down a lot compared to Adobe/Silver Efex but I prefer the results from Capture One as I am in much greater control. I am still having ah-ha moments as I go, but it definitely feels like the time spent is worthwhile.

I am using Gimp 2.10 as my PS replacement. I only really used PS for Content-Aware fill anyway and Gimp covers that with the Resynch plug-in.

My Adobe subscription lasts another few months, I will attempt to pull in my catalogue sometime before then I think, but I may just create catalogues by year to keep the size down (plus my older stuff is Nikon anyway).

I'm having trouble finding Resynth for Gimp 2.10. Do you have a link?

@AndyMcD your workflow will speed up as you learn Capture One. I was slower when I first did the switch.

I've noticed some issues processing RAW files in Lightroom...and have On1 Photo RAW 2018. I notice it works better at reducing the offending artifacts in most cases.

I've tried Iridents stuff and didn't get along with it.

Is the consensus that CaptureOne is probably the prime Fuji X-Trans RAW processor right now?

i've picked CaptureOne because it looks like Fuji is working directly with Phase One on the handling inside (film simulations etc.) For me, that makes it the best for X-Trans, but I know that others prefer Iridient etc.

Capture One and I have an ongoing problem with my pics saying there offline, then I have to restore them. Other than that I love it. I have good luck with On1 2019 also. It's faster and just all around better than 2018. I'm still in the learning stages of both C1 Fuji Pro and On1 2019. I still round trip to PS CC out of both programs mainly for Content Aware and some of the plugins work slicker out of CC.

gryphon1911 said:
I've noticed some issues processing RAW files in Lightroom...and have On1 Photo RAW 2018. I notice it works better at reducing the offending artifacts in most cases.

I've tried Iridents stuff and didn't get along with it.

Is the consensus that CaptureOne is probably the prime Fuji X-Trans RAW processor right now?
Click to expand...

Big yes from me.

I might look at how well the On1 2019 update looks....and if it does better than 2018, I might go that way since I'm vested in that software anyway.

It's been years since I looked at CaptureOne.

Another Capture One Question
2

Processing with Photoshop via Lightroom.