I know I haven't posted in a while, but with work and the holidays, we know how it can be sometimes.

I really like mFT. I like it alot. But one of the things I really lost coming from the P&S world was the psuedo-macro capabilities of my P&S. I didn't do a ton of macro then, but it was nice to get insects or a flower here and there.

My girlfriend decided to get me a raynox dcr-150 macro adapter for Christmas. Not really expensive and fairly versatile. The following examples aren't meant for artistic photography or anything like that. Just examples of what the adapter can do. These were taken at work, so it's sort of representative of the kind of work I do for a living. The macro lens is a 4.8 dioptre.

Also, this adapter vignettes at anything shorter than say 35mm in mFT focal length world.


This first photo is at 42mm with the Olympus kit II lens at it's closest focus. It's not bad, and doesn't get as close as the original kit lens. The lens was wide open at f5.6 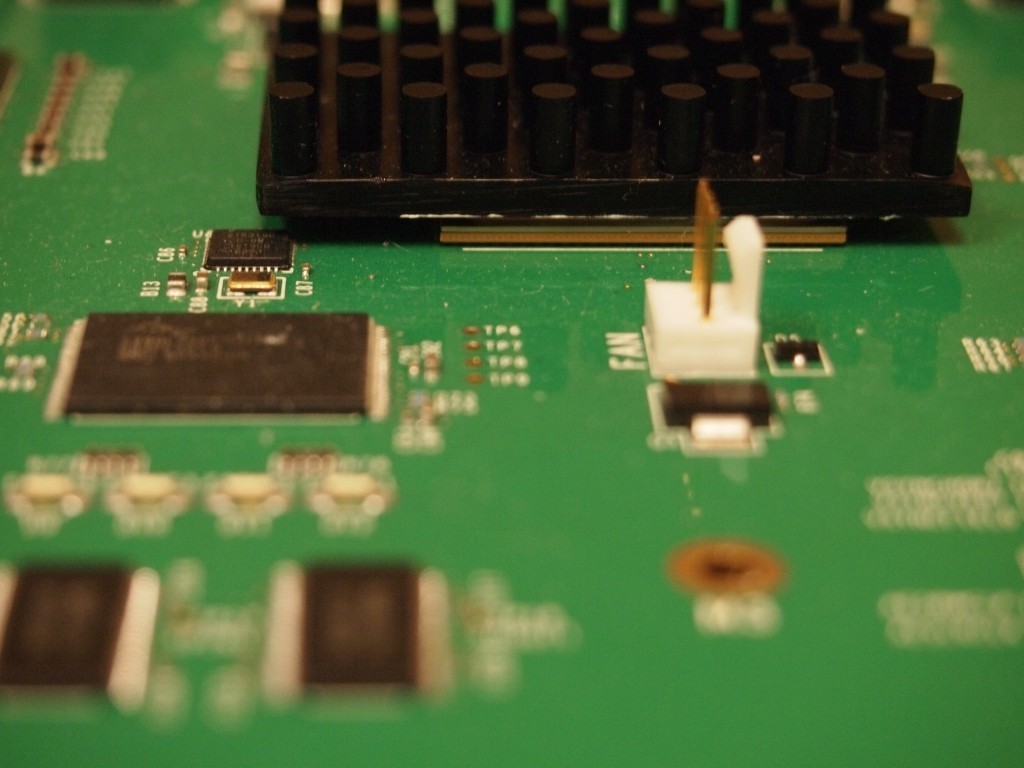 This image is with the macro adapter at it's closest focus distance. The macro lens comes with an adapter that fits filter sizes larger than 49mm I believe. I used my 37mm to 58mm step up ring for this. It works just fine. 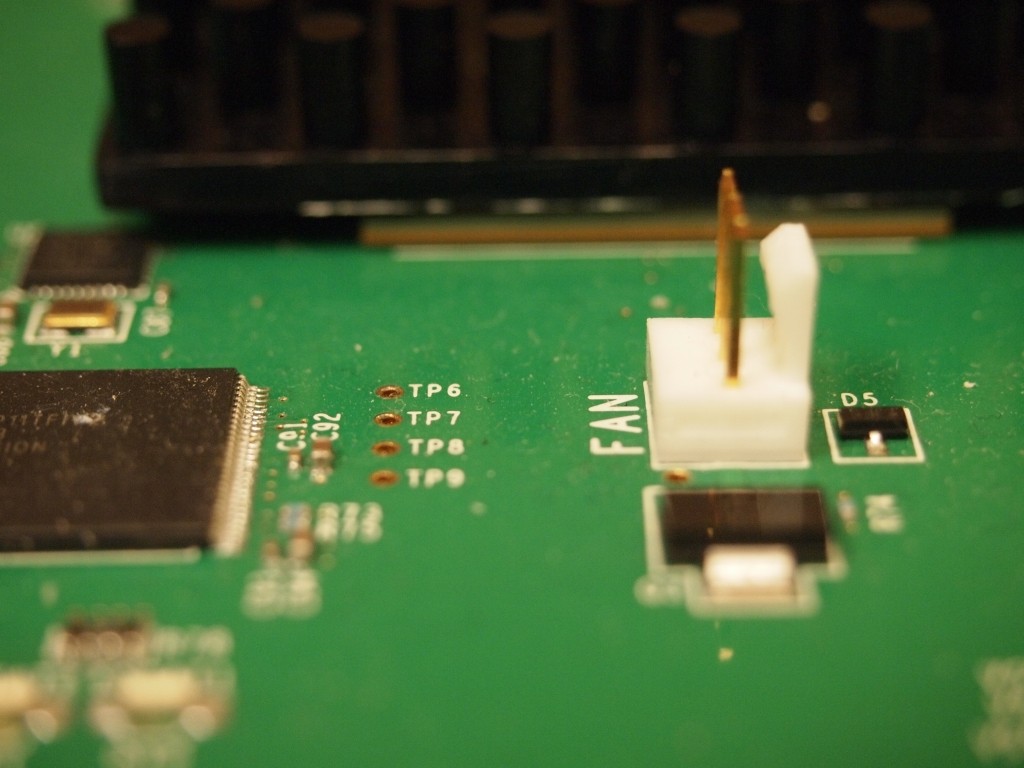 This next image is with the macro lens attached to the Olympus 40-150mm MSC lens. This is at 40mm, f4.0 at the closest focus distance. 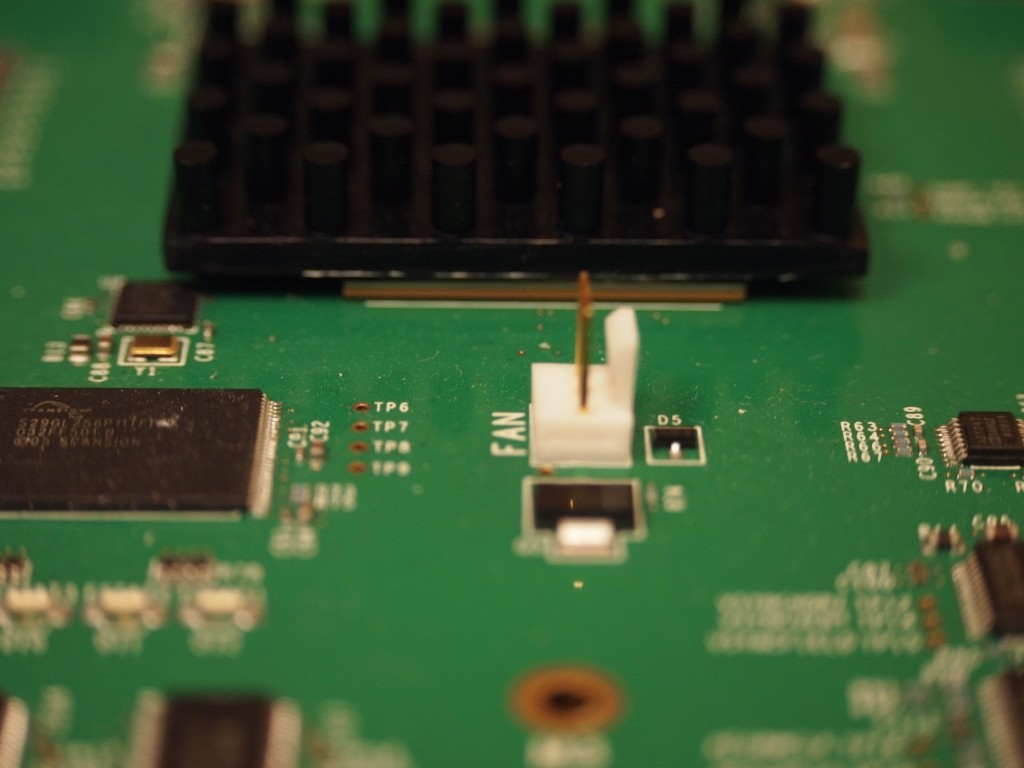 This last image is at 150mm. This has extremly razor thin DOF. I basically manual focused and moved the camera for focusing with the lens at closest focus distance. This is where a tripod with rails comes in handy. The copper vias are roughly 1mm pitch vias. 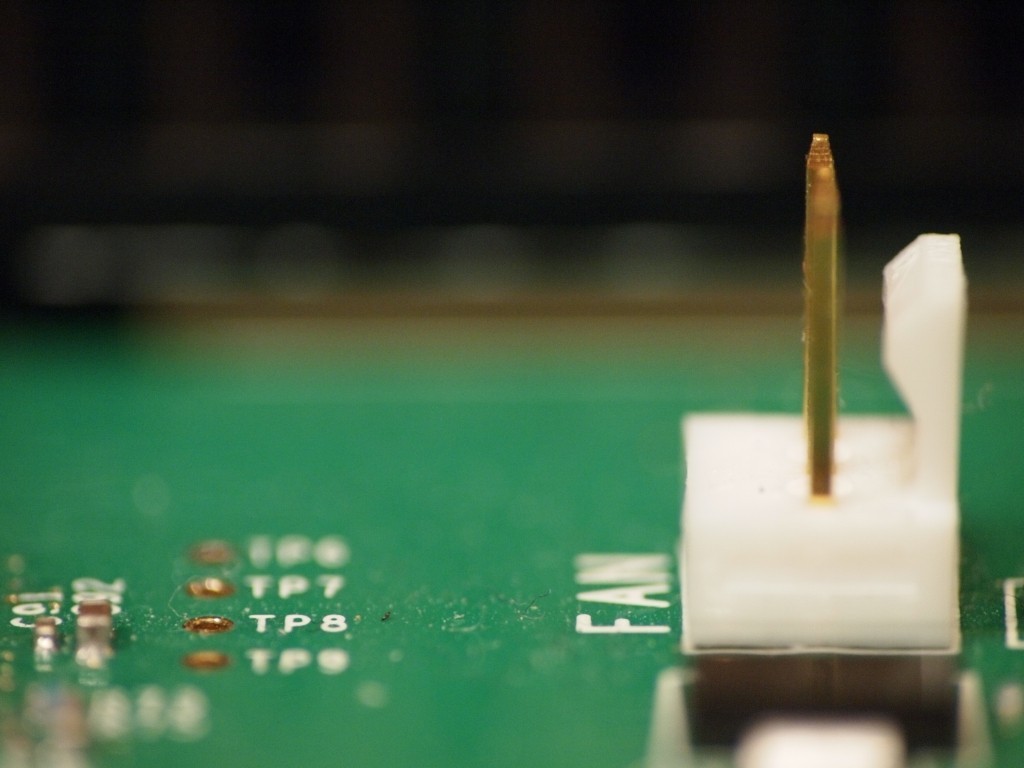 In use so far, I like it on the Oly 14-42 kit. It "feels" the most natural when comparing it to using a P&S camera. Flatter DOF and can get away without having to use a tripod.

Olympus does make a macro adapter of sorts for the kit lenses. However, the raynox is a well corrected triplet.

Looks good. Do you have a shot of what the contraption looks like?

Now that last shot is what I call narrow depth of field!

Leica Close up photography (macro) with the M240