So, I go for a walk downtown in the small Oregon town where I live, walking down to the Post Office to mail a letter. And just before I get there, I see...an amazing old car. Parked by an old house. Not going anywhere.

In Mexico, traditionally, instead of celebrating Halloween, or All-Saints Day, Día de los Muertos - the Day of the Dead - is celebrated on November 2. A day when the dead come back to earth to mingle with the living, to party and eat and enjoy the company of the warm-blooded they have left behind. Mexican folk art is filled with wonderful drawings, paintings and sculptures of Las Calaveras - the skeleton dead people who inhabit the other world - aka los Muertos, or 'the Dead'. And, obviously, honoring the Dead is not just limited to México - because this coche (the Spanish word for 'car') that I saw, sitting parked in a small Oregon town -

And since I had my semi-pocketable Canon G1x Mk3 with me (tucked inside my semi-pocket) --- I had to take a few photos - and once I started, it was hard to stop. 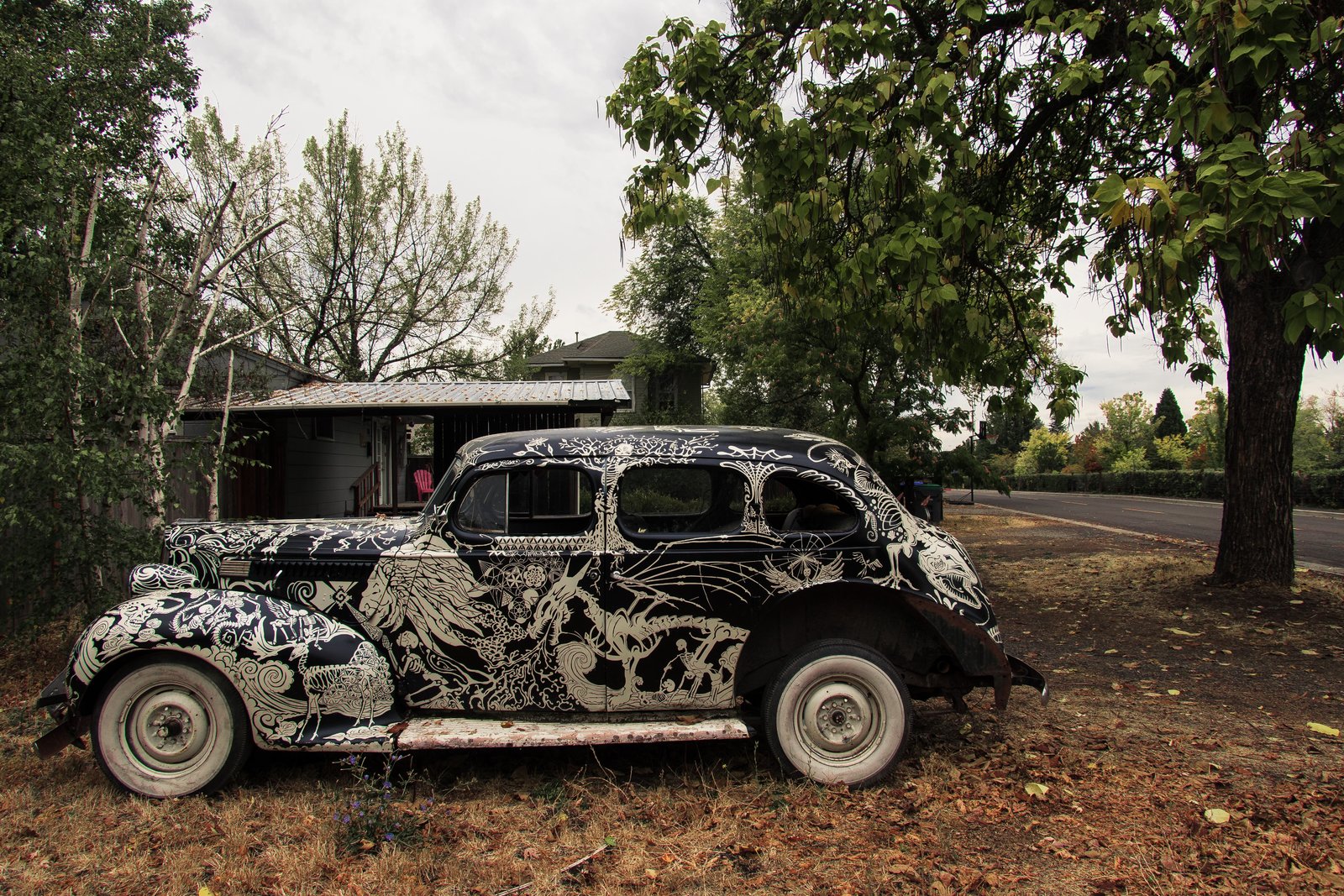 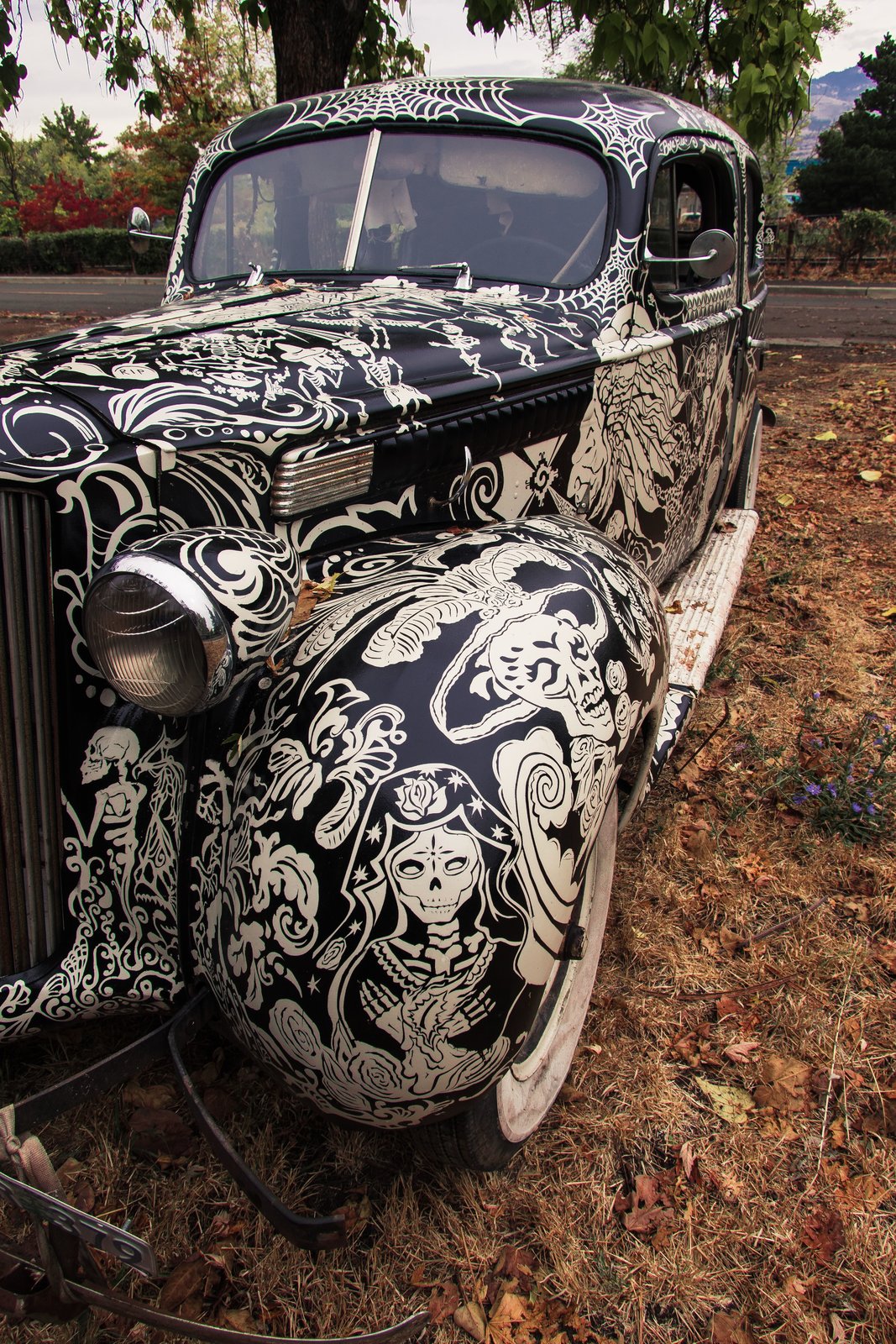 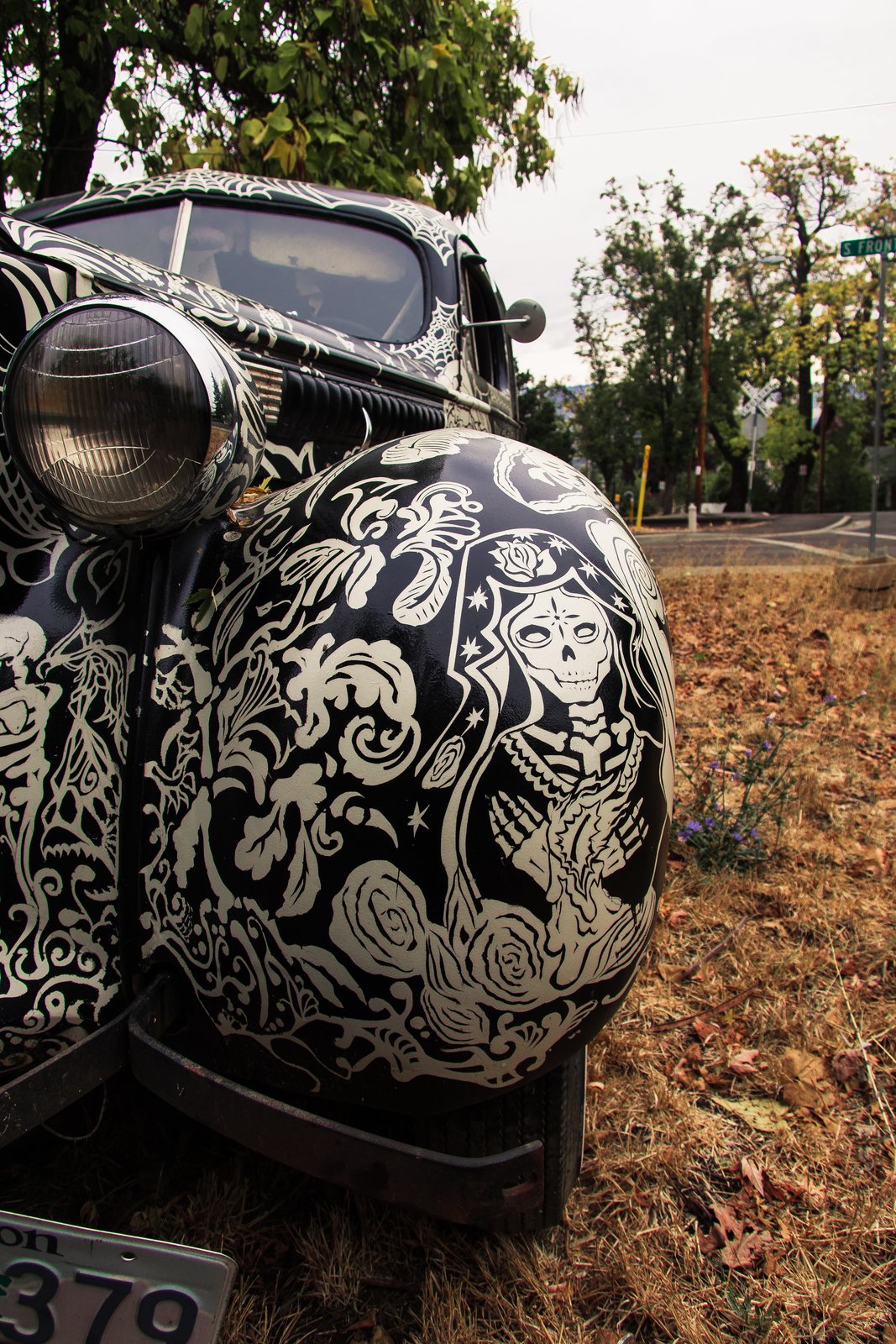 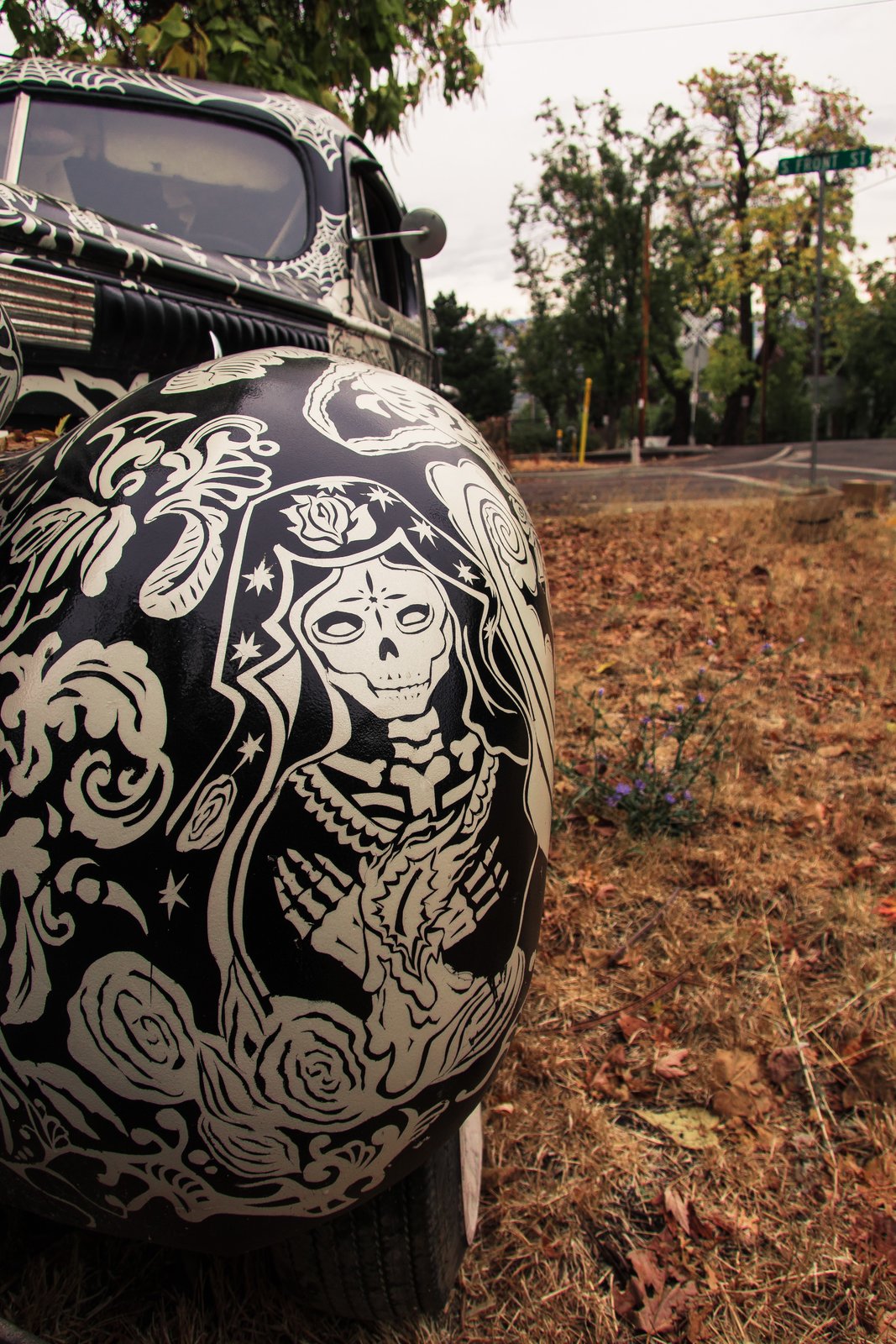 Finally coming all the way around in front. The 24mm FOV equivalent wide-angle end of the zoom on my G1x3 somehow seemed just right - 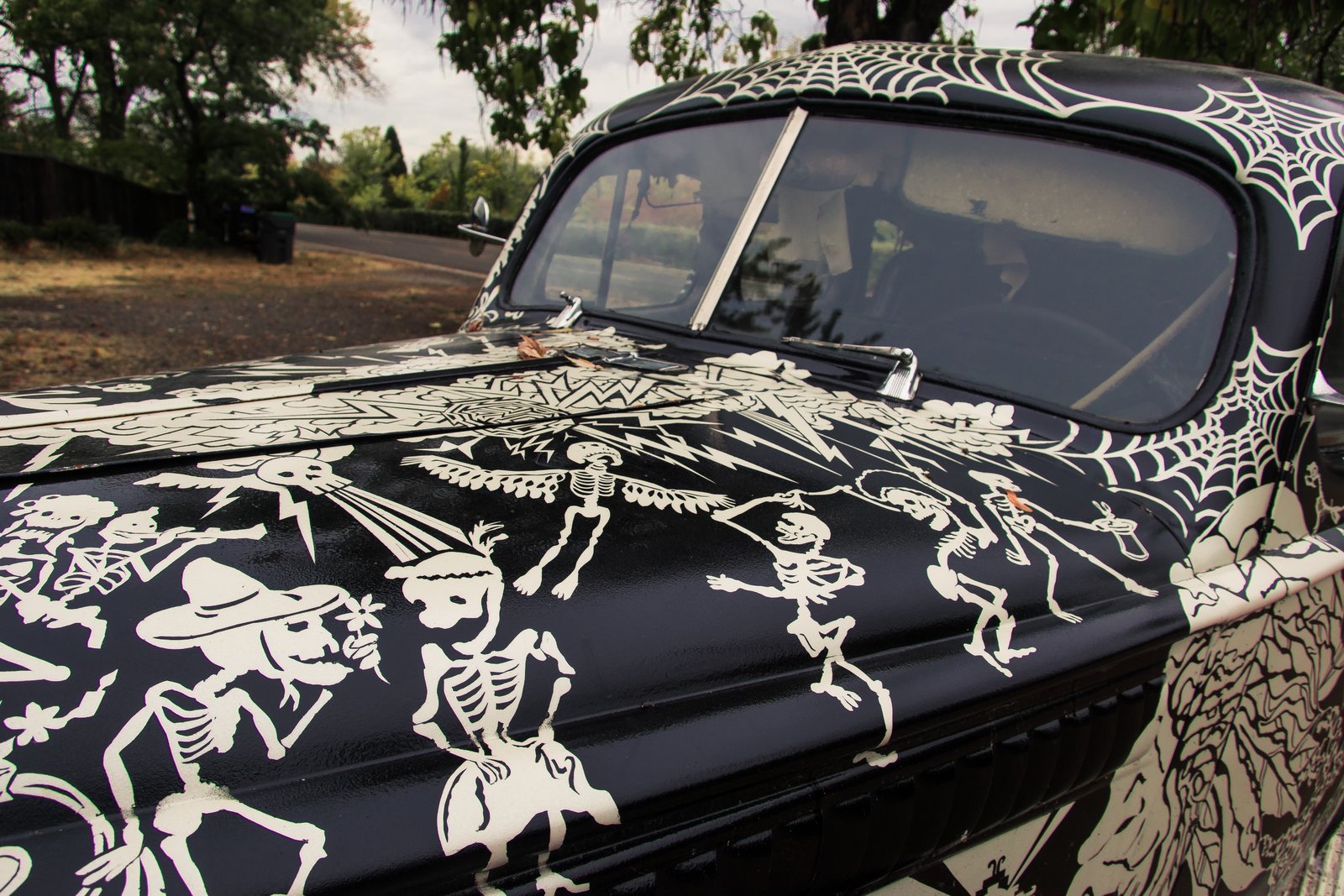 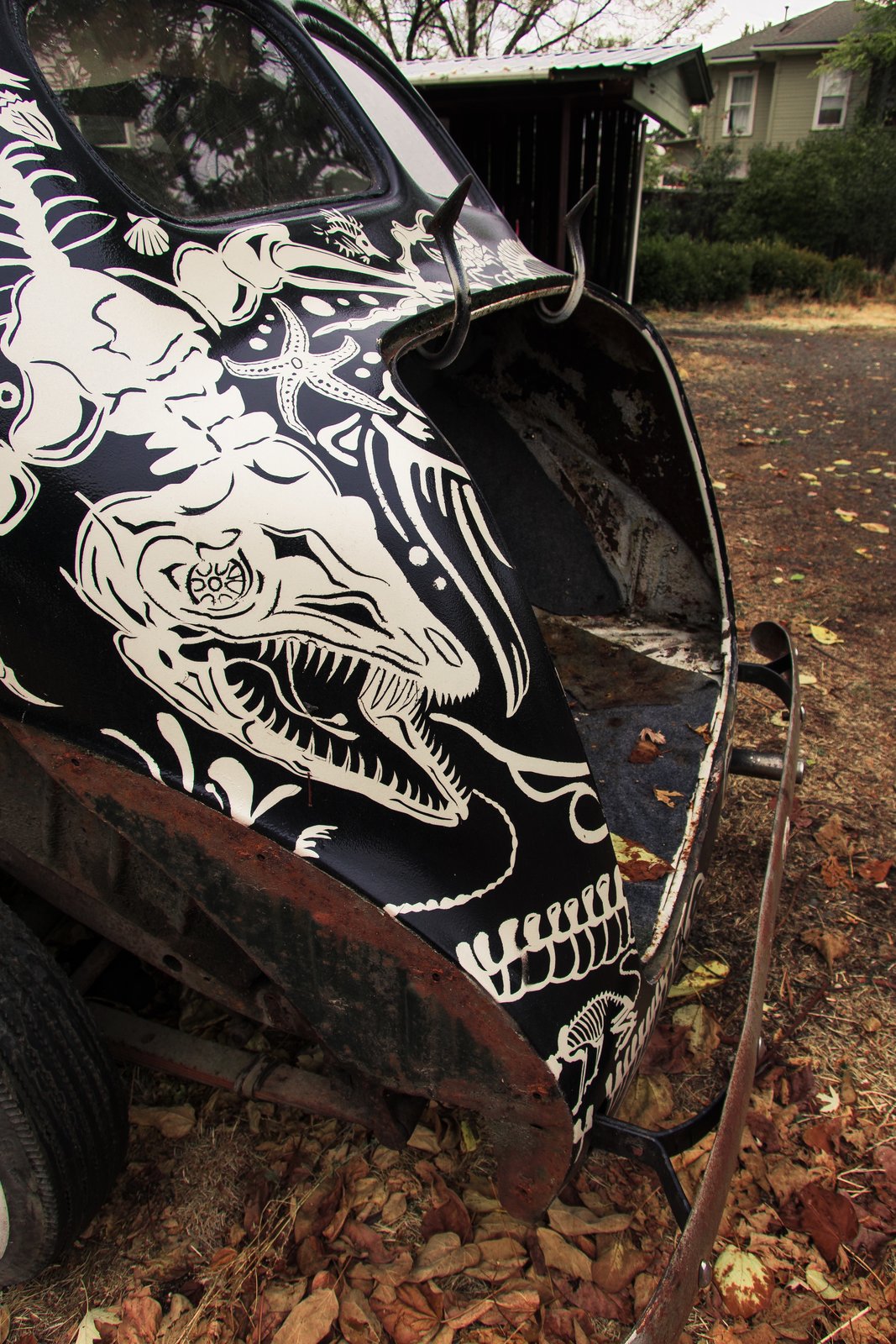 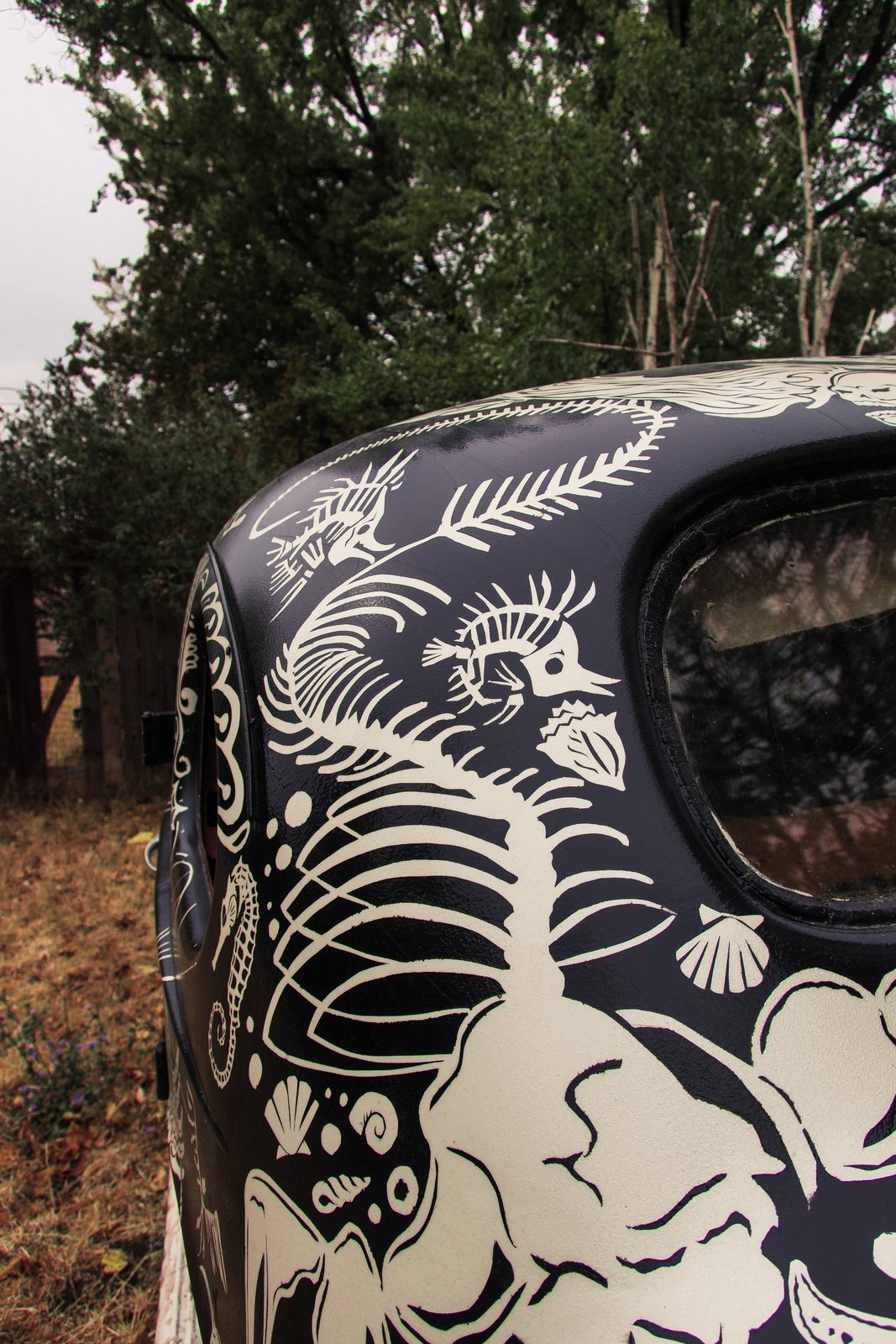 It's a very old car. Not just a Coche de los Muertos - but a semi-muerto Coche in its own right. And, really - ¿who knew that Calaveras liked the ocean dwellers so much? When I was done photographing, I learned a thing or three. Including that los Muertos - and their cars - have their own Code of behavior to live up to. Even if it's only for one long day - and longer night - every year. 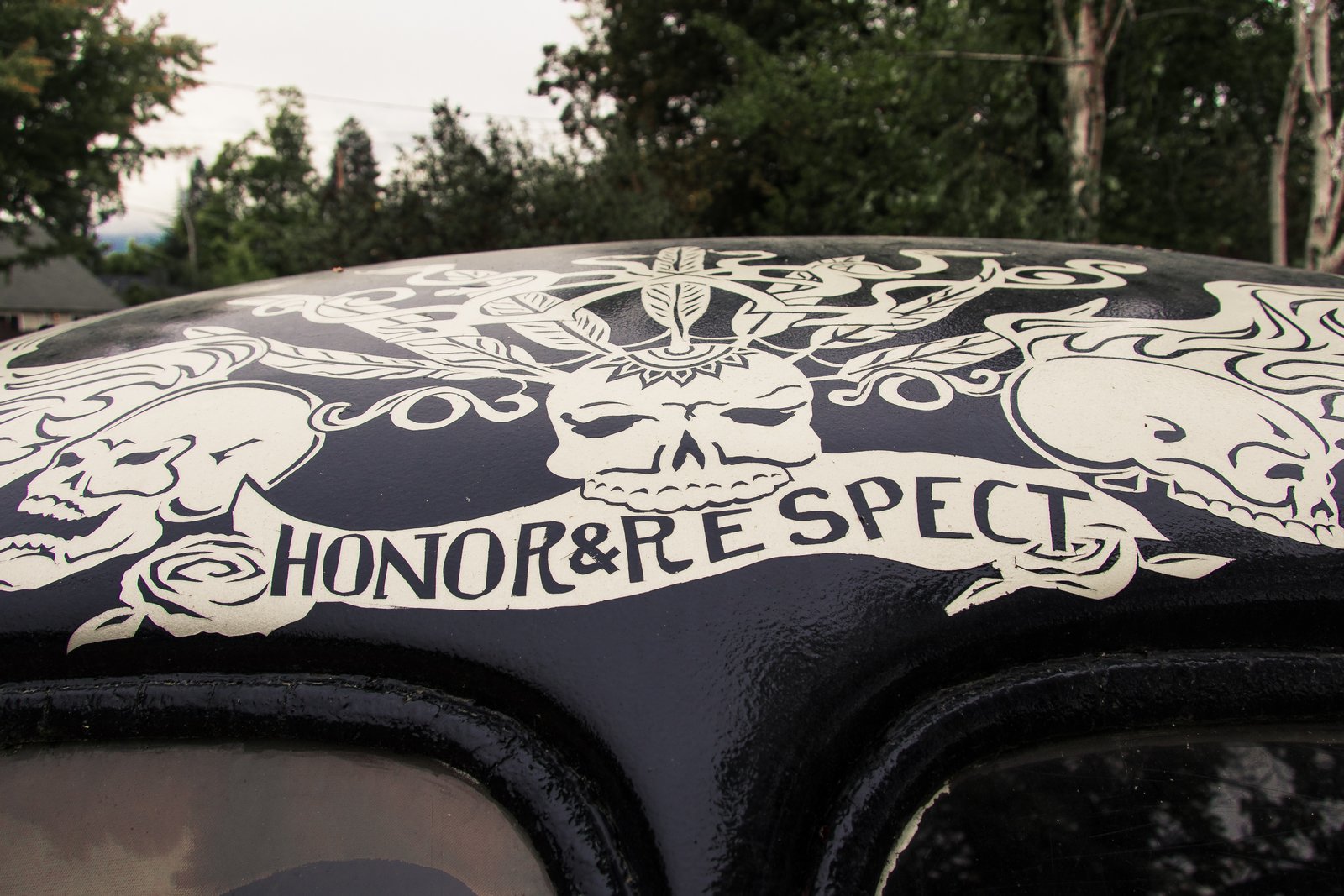 Wow, that's a lot of work

Canon Studio samples for the Canon G1X are up in DPReview