I was conflicted about he processing of my post in Day-to-Day today, so I thought I would solicit opinions. While walking around this morning, I saw this sole red flower at the feet of the Statue of St. Francis, so I used the selective color filter to isolate it: 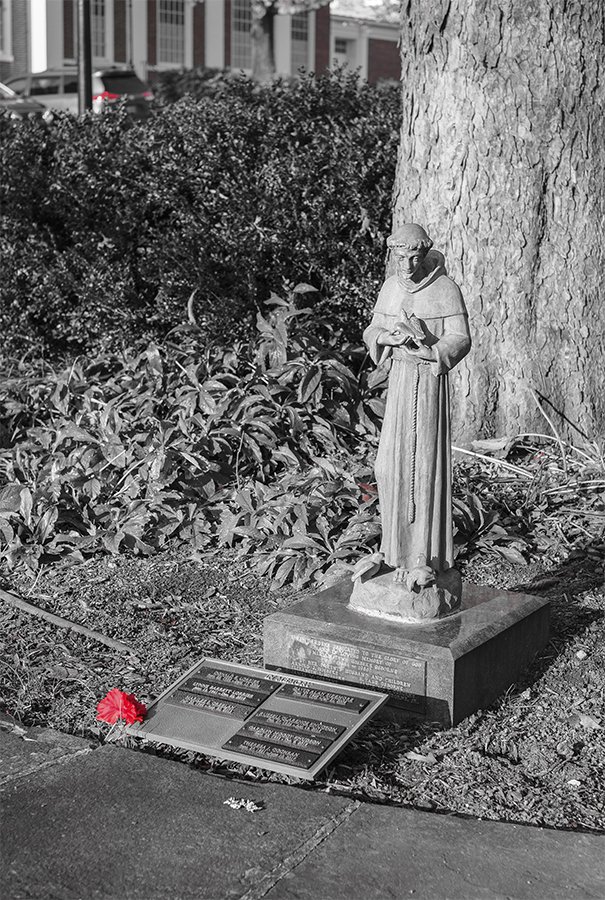 I refer to this as St Francis of Red Flowers and Brake Lights. I mention this because I left the filter on. I then saw this brightly lit hazy street view. When I raised the camera to my eye I suddenly saw the parallelism of the the flag and the church, which was more than enough symbolism for a daily shot.

I still had the Selective Color Filter on for the first shot, but I turned it off and continued. The full color version was not effective, but I had this much more effective accidental version, which I posted over on Day-to-Day: 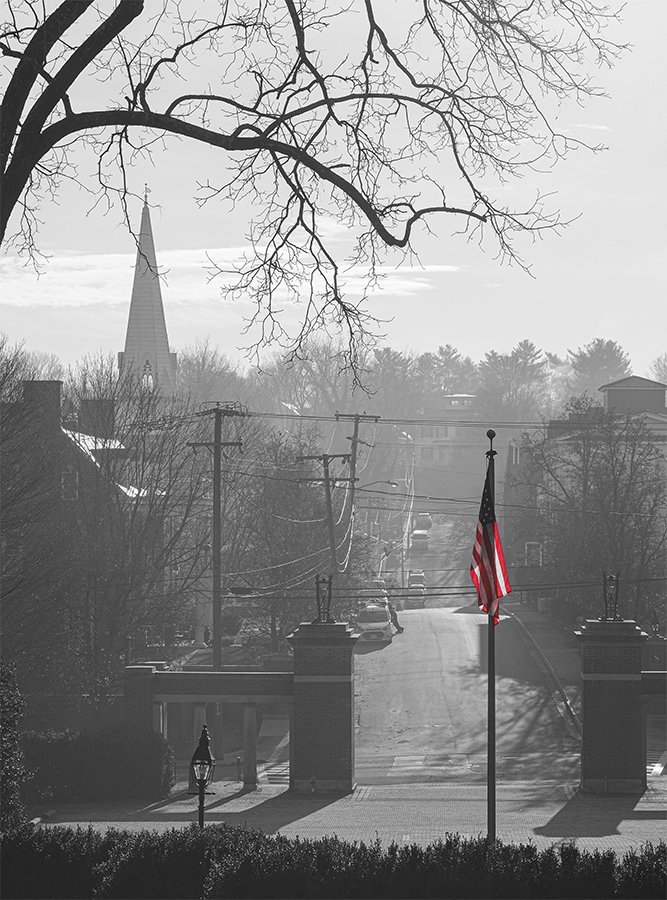 I also tried the full B&W version. The split tone version was the best monochrome because it gave more separation to the elements of the image. 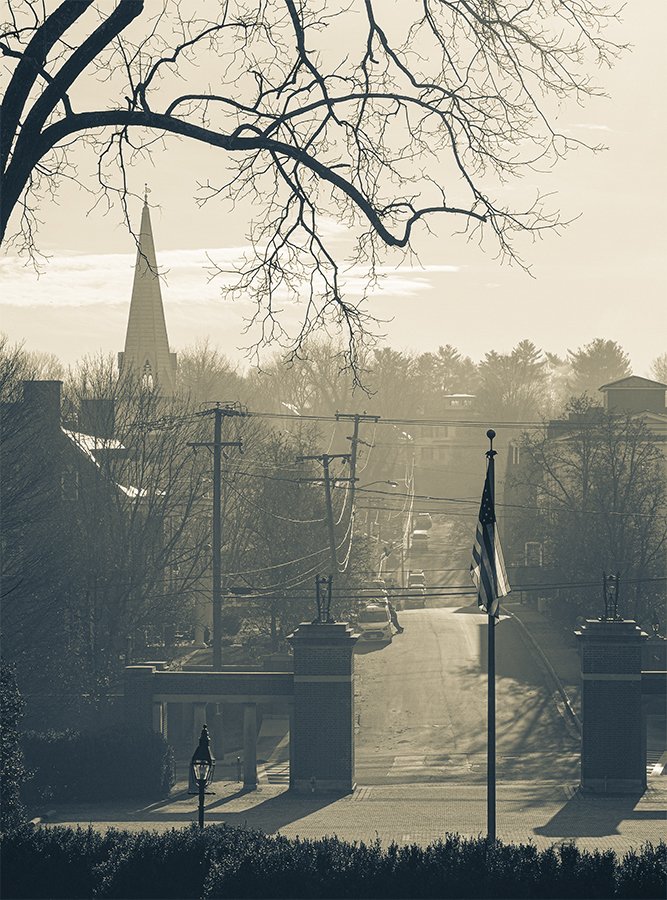 I went with the first one, but it was close. Which do you prefer?

I have two answers - sort of.

I'm an incurable purist - so selective colour isn't something I can relate to. From this standpoint, any other solution will do more for me; and I think the b&w version is fine.

On the other hand, in this specific case, the contrast between the stark colour of the flag and the classic monochrome background actually enhances the message of the image considerably - it's the first selective colour image I've seen that I actually find genuinely appealing (so telling!).

So, YMMV, but in this case, I vote for the version you posted in today's "Day to Day" thread.

Does this change my take on selective colour? Not really - it's a gimmick, occasional wins notwithstanding.

If you prefer split tone version, You can also still have the flag in color.....it would just be a bit more work on post-processing.

The Effects of the Lens on Camera Overheating

I Have Realized I Have Feelings On OVF vs EVF
2