Hi guys... I also posted this over on the sister site, mu-43.com, but I might get more people with the kind of imformation I'm seeking over here.

I have both a DSLR and a micro four-thirds kit - and love them both - but occasionally I still find a use for a compact superzoom. This is usually in situations where anything other than a compact is either not allowed or is simply impractical - and I need smallness and zoom range.

Currently, I have a Canon SX230 HS, which generally is considered to have the best image quality in this class - particularly at higher ISOs. I have no reason to doubt this. But, of course, this being basically a point-and-shoot camera, shutter response is still just a bit off (but better than such cameras were even two years ago) and I find the zoom action to be a bit slow. Yes, I'm well-aware of the general limitations of these cameras.

So, my questions for best and brightest here at Serious Compacts are: Are any you still using a compact superzoom camera? If so, which one? Do you have any suggestions for me - a camera like this with fast response and image quality comparable to the SX230 HS? And what about Fuji's F600/550/500 EXR family of cameras? I like reaching outside of the box and I'm tempted to try one. But they get very mixed reviews.

Of course, it may be that I already have the best camera in the class already and this is as good as it's going to get for a while. But I'd appreciate the feedback because most professional reviews really don't answer my questions and general consumer reviews simply can't be trusted.

I have a travel/compact superzoom, the VLux-20. It's not very good though. Images look smeared even at low ISO.

I used to have a Pany TZ5, and I thought it was a much better camera than the VLux-20, which I believe is the same as the TZ7 (or it might be called ZS-something nowadays).

DPReview recently did a test on six "travel zoom" cameras here. The sx230 faired very well. I just ordered one this morning to give it a go for those occasional times when I need some zoom, and can't get there by foot.

Armanius, we must have clicked the "Post" button at the same time. :smile:

Otto said:
Armanius, we must have clicked the "Post" button at the same time. :smile:
Click to expand...

It's is a would better than the fuji F550 EXR

But like all compacts it's not as good as the better larger sensor brothers.

And this one in bright sunlight, just upped the saturation a bit and a little sharpening.

I have the fujifilm F550EXR (now superceded by the F600EXR and I have NO idea what, if any differences, exist). Its not bad for what it is. Its very small, and is pocketable, even in a top pocket as I did recently. It also comes with GPS if thats your thing, its not mine so I have it switched off. The screen is very good, though there are issues if you happen to wear polarising sunglasses, they cancel out or something because all you get is a black screen. I think the most recent firmware update is supposed to have fixed that but I havent noticed any difference. Its a 15x zoom, not as long as some, but the more zoom you get, the bigger the camera becomes, and I think Fuji has made a champion effort to keep the unit so small. for size comparison of all of them, its probably worth doing a side by side at dpreview.com, they always include the dimensions as well as everything else.

[edit] forgot to mention that the sensor is larger than the usual compact at 1/2, and the camera has manual settings for aperture, shutter speed and ISO if you so desire.

I'll include a couple of shots from mine. 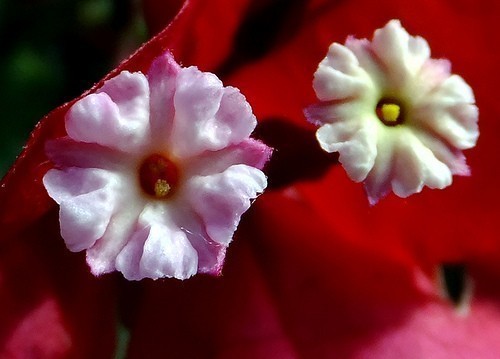 A sundown on the Lake shot. If you go to flickr, you'll see that on its largest size, the usual Fuji jpg smearing exists but this was shot jpg, and the F550 does do RAW. Your own processing would improve things 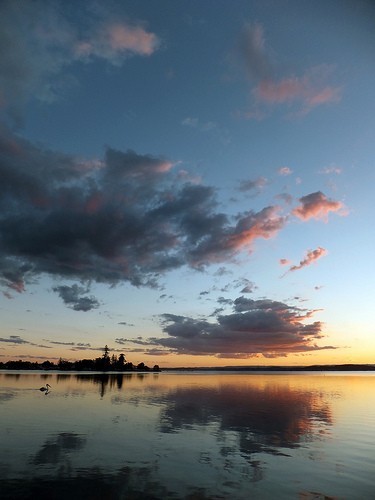 A street shot at full zoom from across a street, then processed to B&W 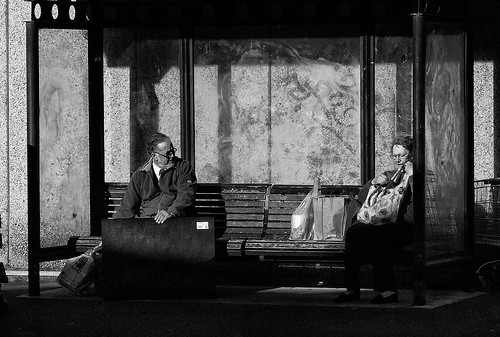 I don't think the F550 is as bad as people make out, and really, how good you need it to be depends largely on what you want to do in the end. For me, its posting on the web, sending by email etc. I rarely print these days and if I do, its only going to be from the DSLR in most cases.

What exactly constitutes a " compact superzoom" or a "compact travel zoom"?


Not much except maybe the travel zooms are more likely to have GPS. I was considering buying one of these recently, and I looked at most of them.

I don't think any of those would be considered a "travel zoom". I believe that a minimum of 10x zoom is one of the requirements, according to DPR's latest test stating:

"The so-called 'Travel Zoom' category was effectively invented by Panasonic, with the Lumix DMC-TZ1. Released in 2006, the TZ1 was the first camera with a 10x optical zoom lens that could truly be called 'compact', and although Panasonic had the field to itself for a while, it wasn't long before other manufacturers started to move into the same space."

Yeah, I think travel zooms are those with 10X zoom.

BUT, on the other hand, after having used primarily primes no longer than 75mm for the last two years, the 28-112mm (EFL) on the X10 was like a SUPER DUPER ZOOM!

Yes, I agree.... superzooms/travel zooms are those with at least 10x zoom. So far, there are no surprises in most of the responses. The Canon SX230 HS that I already have probably is the current best-in-class in terms of image quality, with the Nikon S9100 right behind it (and the difference really being obvious only at higher ISOs). I can deal with that - and even with the lack of manual controls on the Nikon - if the speed of the zoom, auto focus and shutter response is faster. I'm still open to additional suggestions but I may give the S9100 a try now that it can be found for about $200.

Thank-you Biro for bring these particular cameras to my notice; I'm looking for a compact travel-zoom I particularly like the Nikon 25-450 its the longer zoom that I need not being nimble by any standards there are times such as this morning trying to take 'shot' of a grey squirrel munching on a piece of bread while I was in the car.
I knew as did happen when I moved nearer he/she was off.
Its a pity that the Nikon has no AV or other manual available, the Canon looks a bit odd at the rear the 'dial' being situated where I suspect my thumb would rest? any thoughts on that?
Both cameras are under £180 on Amazon UK.
Will be interested to see the prices in the New Year.

Penny said:
--- snip ---Its a pity that the Nikon has no AV or other manual available, the Canon looks a bit odd at the rear the 'dial' being situated where I suspect my thumb would rest? any thoughts on that?
Both cameras are under £180 on Amazon UK.
Will be interested to see the prices in the New Year.
Click to expand...

Here is what DPReview had to say about that: "Surprisingly, the dial also offers the best grip on the camera's mostly matte body due to its ridged edges and stiff rotation."

IMO, on most of the travel zooms, having aperture priority control is nearly useless. There is tons of DOF to begin with. So DOF control is minimal at best. More importantly, the lenses in these cameras are typically so slow that one has to shoot the lens wide open no matter what. Otherwise, the ISO gets way too high for these small sensor cameras. Even with the X10, which has a sensor that is just a little bit bigger than the typical travel zoom, I pretty much leave the aperture at its brightest setting. Exception is super bright days which then forces me to stop down the F2 as the X10 has a limited max shutter speed.

That's right... many of the professional reviews go on about whether these tiny cameras have all of these manual controls. I've owned a few of these compact superzooms over the years and I find it really doesn't matter. Armanius is right... one tends to simply want to shoot wide open most of the time. I find, while I use manual controls a lot on my Pentax DSLRs and micro four-thirds gear, that I look to reliable auto and scene modes with these small cameras. Historically, Canon has been the best in this area but the S9100 is the first compact Nikon to really get my attention. Reports are that its scene modes work well and you still have direct, convenient control over exposure compensation, which is pretty much all you need.

Penny said:
Thank-you Biro for bring these particular cameras to my notice; I'm looking for a compact travel-zoom I particularly like the Nikon 25-450 its the longer zoom that I need not being nimble by any standards there are times such as this morning trying to take 'shot' of a grey squirrel munching on a piece of bread while I was in the car.
I knew as did happen when I moved nearer he/she was off.
Its a pity that the Nikon has no AV or other manual available, the Canon looks a bit odd at the rear the 'dial' being situated where I suspect my thumb would rest? any thoughts on that?
Both cameras are under £180 on Amazon UK.
Will be interested to see the prices in the New Year.
Click to expand...

Penny, I don't find the control dial's location to be a problem. Otto's excerpt from the DPReview piece is right on. Both the Canon and the Nikon are now at $199 in the U.S.

Thanks for the info: Guys, as said the Canon and Nikon come out in tests almost the same, I have a S95 which is so handy being tiny and the ZX-1 which is another great little cam: but on occasions a longer lens would be helpful.
Trouble is that I'm so used to using the light compacts and my Nex 5 with 16mm that anything heavier would rarely be used.
I'm leaving any decisions on this issue until well in the New Year.