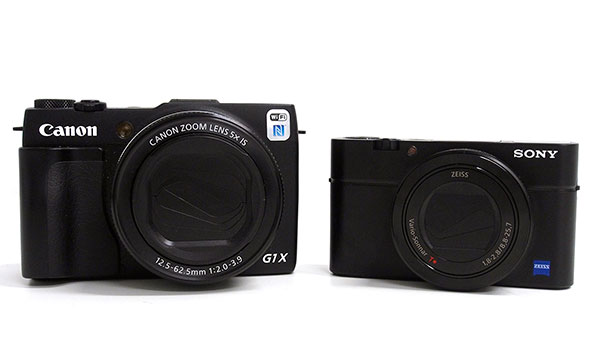 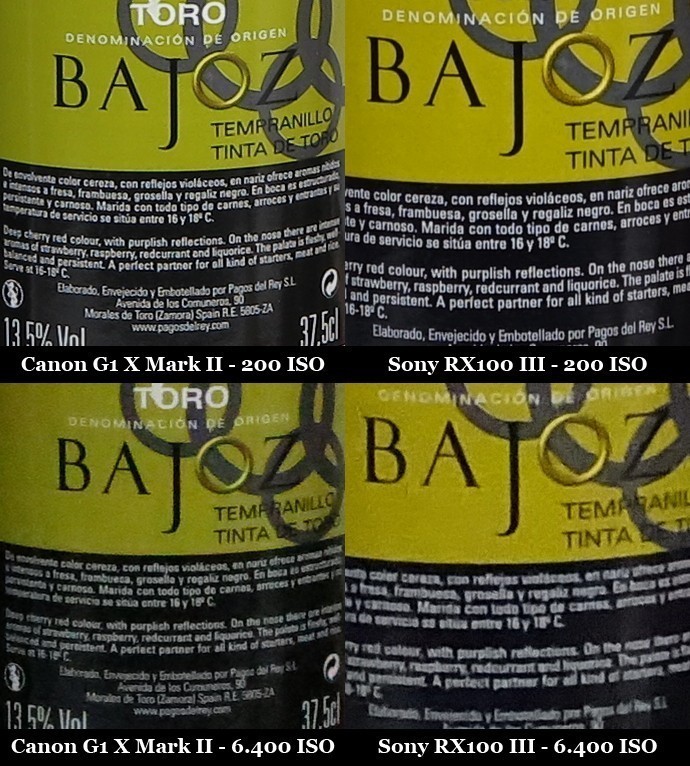 and this is the aperture comparison from dpreview:

The G1X mkII could have been an amazing camera with a more modern version of the same size sensor. As it, it's quite nice but the more modern sensor in the Sony pretty much matches or beats it across the board, depsite being a good deal smaller. And really kind of kills it for DR, where both are low enough that it matters. I'm real curious about the new Panasonic, particularly if it has an m43 sensor. If it's 1", it's likely pretty much identical to the RX100...

Canon is still using their older sensors instead of buying from outside like Nikon/Panasonic. Sony 1" sensor even matches/beats the GM1 sensor except the high ISO and with slower kit lens that diminishes also:
http://www.dxomark.com/Cameras/Comp...-versus-Panasonic-Lumix-DMC-GM1___957_941_920

Yeah, it's an amazing little sensor, particularly in pretty good light and not bad in low light. I'm just waiting for someone to put one in a camera I like...

While taking a step back from looking at the numbers and comparing the G1X MkI sensor with various other CSC cameras, it became clear to me that there is not always a linear relationship between technical image quality (measurable) and aesthetic image quality (immeasurable).

Luckypenguin said:
While taking a step back from looking at the numbers and comparing the G1X MkI sensor with various other CSC cameras, it became clear to me that there is not always a linear relationship between technical image quality (measurable) and aesthetic image quality (immeasurable).
Click to expand...

Yeah, agreed. The images from those Canons look wonderful. But for my uses, I tend to get pretty deep into the processing and dynamic range is really a good thing to have lots of at that point. And that's what the G1X just doesn't have much of in comparison. If I could leave my shots well enough alone, I'm pretty sure I'd love the G1X mkII. But I can't seem to, so I think I'd find the files frustrating to work with, as I found with a few raw files I downloaded and played with.

demiro said:
Nic, can you expound on that comment?

I think that it is important to differentiate between sensor performance and image quality; with sensor performance being numerical measurements of sensor output and "image quality" coming from how a camera records and renders an image and how that image looks after processing (whether done in-camera through the jpeg engine or manually). Something like dynamic range is easy to measure and easy to demonstrate, but it is a measure of sensor performance not image quality. Higher dynamic range means that a camera can operate in a larger window which is obviously a good thing. A camera with high dynamic range means that I can attempt to shoot a scene like this with subjects in shade against a fully sunlit background... 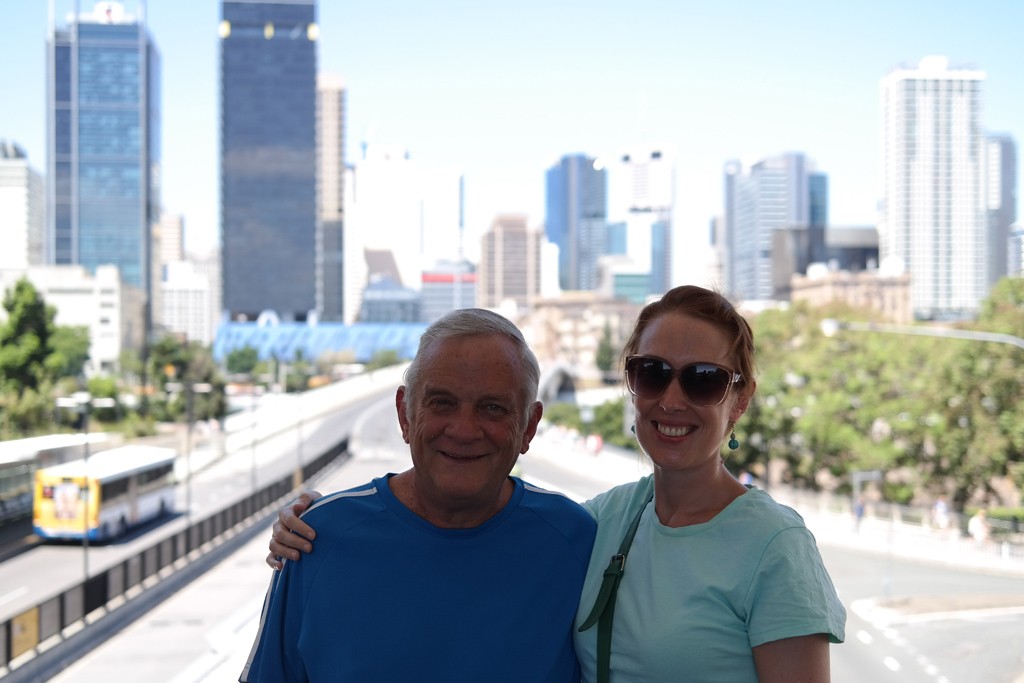 ...and be able to get something usable from it. 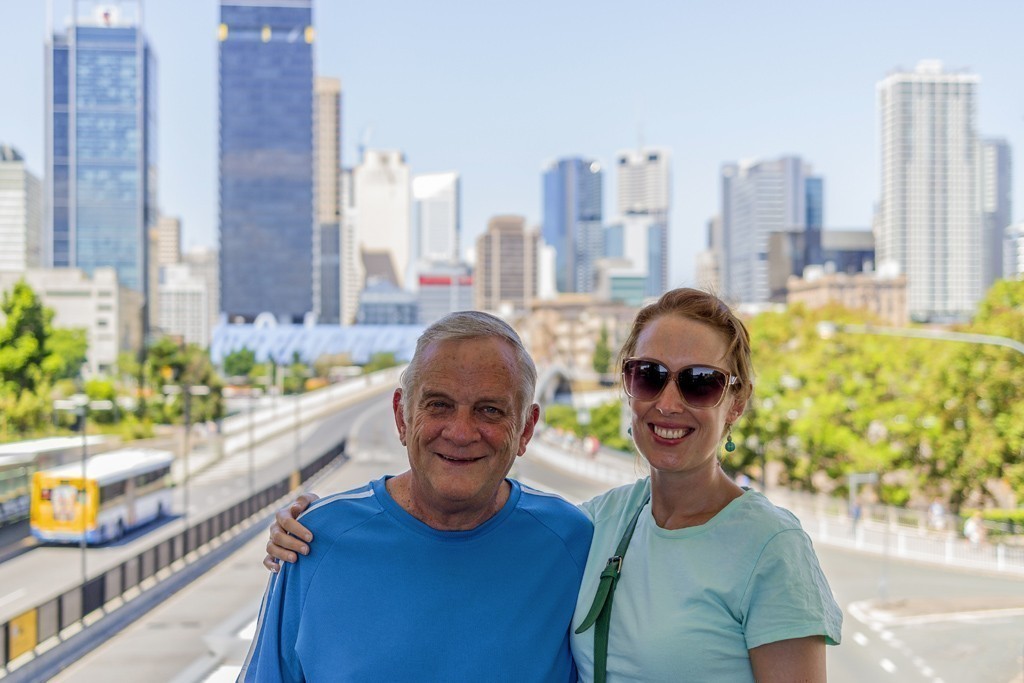 Using a camera with less dynamic range like the G1X I would have had no chance in the example above. However, for me it doesn't necessarily follow that a camera with better sensor performance produces better image quality. Less noise is good but we talk about grain and quality of noise. Higher dynamic range is good yet we like to see contrast. High dynamic range imaging has been possible for many years in the form of multiple image exposure blending (but limited by the need for static scenes and a tripod) but the beauty of it still remains in the eye of the beholder. In the 90-something percentile range where you don't even have 12, 13 or 14 stops of dynamic range, dynamic range expansion is purely a matter of personal taste.

There are many aspects that go towards forming an image on a sensor which we don't have a means to quantify and so have difficulty make definitive statements about. I think a good example of this are the Sigma Merrill cameras which I suspect wouldn't score very well for sensor performance if they were ever measured by DxO and yet the one reason to buy those cameras is their image quality.

Relating all this back to the G1X, and noting that the G1X MkII uses a largely unchanged sensor according to reports from owners of the new and the old, it's sensor does not have a large dynamic range. In fact, despite allegedly using a cut-down version of the 18mp Canon APS-C sensor, the G1X has less dynamic range than that sensor, and less dynamic range than even the 15mp sensor that preceded it in the 50D (circa 2008). What I do find with the G1X is that for whatever reason, it's images are the easiest to identify from my library comprising of (edited raw) images from 25 different 4/3 to APS-C sized sensor cameras.

So, I say yes to the premise that that the G1X has lower sensor performance than it's contemporaries, and yes to the fact that as a result it has a smaller operating window than them, but I stop short at saying that that means it has lower image quality than them. What it can do is produce a different type of image quality, a kind of which I often prefer.

The biggest limitation that I find in a camera like the G1X is not it's sensor performance but rather it's overall usability and flexibility compared to a CSC like a high-end Micro 4/3 camera. As a result, in the two and a half years that I have had it, the G1X has tended to be the camera that I have used the least but is often the one that at editing time I wished that I had used more.

I should just make it clear that I'm not recommending the G1X, or the G1X MkII, or the DP Merrills on the basis of image quality, but rather that sensor performance may be only indirectly related to your own idea of image quality.

When you have people shots on the edges, the faces look weird with high distortion correction. I noticed that with m43 after coming from very low distortion Sigma 24-60mm FF/DP1 lenses and that is what reduced my RX100 usage also. That is why I am thinking Nikon A/GR, but then they will not be versatile as RX100 m3 either and 1" Sony sensor spoiled me also to go under that... So I am using what I have, no P&S camera... I like low distortion CV lenses eg even CV12mm has only 1.5% distortion correction... Another favorite is Oly 25mm 1.8 with zero distortion correction, perfect 50mm lens with its size, but all m43 below that has the distortion correction which cannot be undone in lightroom... Another good one is Sony FE 35mm 2.8 but I don't use that often, maybe I should, prefer it was 25-28mm...

I spent one summer in Montreal with DP1 as my main camera and it was used mostly after work, which was not the optimum conditions for it and I missed some shots due to that (not many people shots)...I still liked what I got at the end and I won a photo award at work which paid itself...

Yesterday I had a play with both the new RX100 mk3 and the G1X mk2.
I've no idea about IQ but I was interested to see how Sony had implemented the viewfinder.

The camera itself felt no more substantial than my original RX100 ; so that came as a surprise.
Pushing a button on the side caused the viewfinder to pop up but it was still unusable until my fingernail had pulled a small telescoping section out toward the rear of the camera. Then using a tiny wheel on the top I was able to adjust the diopter but in a rather course manner.
The image through the viewfinder was perfectly usable but the whole mechanism felt fragile and rather put me off.
Conversely the G1X Mk2 felt rock solid and I ended up thinking that it was better to have no viewfinder than something as fiddly and delicate as that on the RX100 mk3.
R

I think every other manf. will have a hard time beating Sony - they are large (so have R&D resources); they make sensors for others (like Nikon even) and they have nailed the pocket camera that is significantly better than a smartphone niche (assuming you have a big pocket).