... bartjeej for his well constructed image. This was a close contest with nearly 3/4 of the images attracting votes. 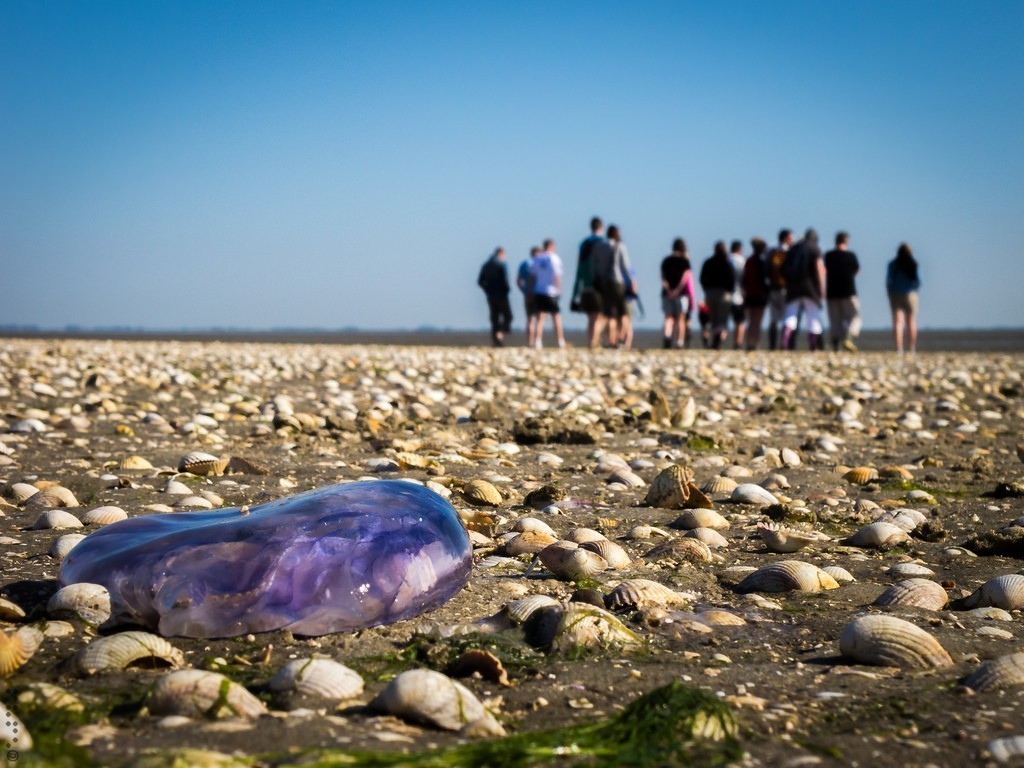 Congrats! The framing here was perfect!

tell us what the purple thing is now, please. The mystery is driving me nuts.

Congrats! A great image with lovely colours and clarity.

Indeed! That was an instant favourite for me, just loved the colours, the composition, everything.

Not sure what it is either but it sure likes clams!!!

It is a jelly fish.

It is indeed a jellyfish. I was on the Dutch island of Ameland for the weekend, which lies on the border between the North Sea and the Wadden Sea. The latter is so shallow that much of the seabed is exposed at low tide (save for some trenches and pools), which is what got this jellyfish stranded. I joined an excursion on the seabed with the Dutch park services, but if you want, you can even walk across the sea bed from the island to the mainland!

(the jellyfish, by the way, doesn't eat clams but it just got stranded on a seashell deposit, and because it's translucent it looks like it ate a few of them

Congrats Bart on a great image.

Hooray!!! I thought this was such a great image - the image quality was very good but it was the scene that I loved the most. I found it both funny and a bit surreal. It sounds like a wonderful place and I hope if you have more photos that you'll share them with us. Congratulations to you, Bart!