Supporter!
I lifted the thread title from a 1977 NYT article, The Gray Lady said it much better than I could.

Fundraiser the other night to cover the medicine costs for an Annual Medical Mission to the Philippines. My first outing with the X-T30 and the much improved AF capability as well as higher ISO (no flash allowed in he church).

I'm happy to say that following the tech advice : "skip a generation on upgrades" is spot on. The AF zones, tracking options and performance of the T30 was head and shoulders above my T10. With E-Shutter and CL at 5 fps, 3x3 zone focus and Continuous Servo, I was getting silent shots that the T10 would have struggled.

The dance is called Tinikling, and the bamboo poles are lifted and clapped together to the accompanying music. The dancer(s) deftly step in and out of the poles' strike zone, running the risk of being caught on their ankles if the timing is off. This is a simple variation. The fun ones are with two couples, and four poles crossed in pairs. Then multiply that by several four pole setups with the dancers rotating through each in a musical chairs fashion.

The historic origins vary - some say it was a punishment for the local Filipinos during the Spanish Occupation Centuries - lazy workers were clapped at the ankles by the poles. Another is about a Princess in an indeterminate time; the Father king preventing suitors by making the ground move (the poles). The most prolific origin story is a simulacrum of the Tikling, a local bird that fed on crops, and is deft enough to step in and out of the bamboo traps farmers would set.

I'll have to boost the minimum shutter speed on my Auto ISO setting the next time, 1/125 was still a little blurry, although I was told in the past by a Dance Troupe director that it added "dynamism." Which was a nice way to cover for too low a shutter LOL. 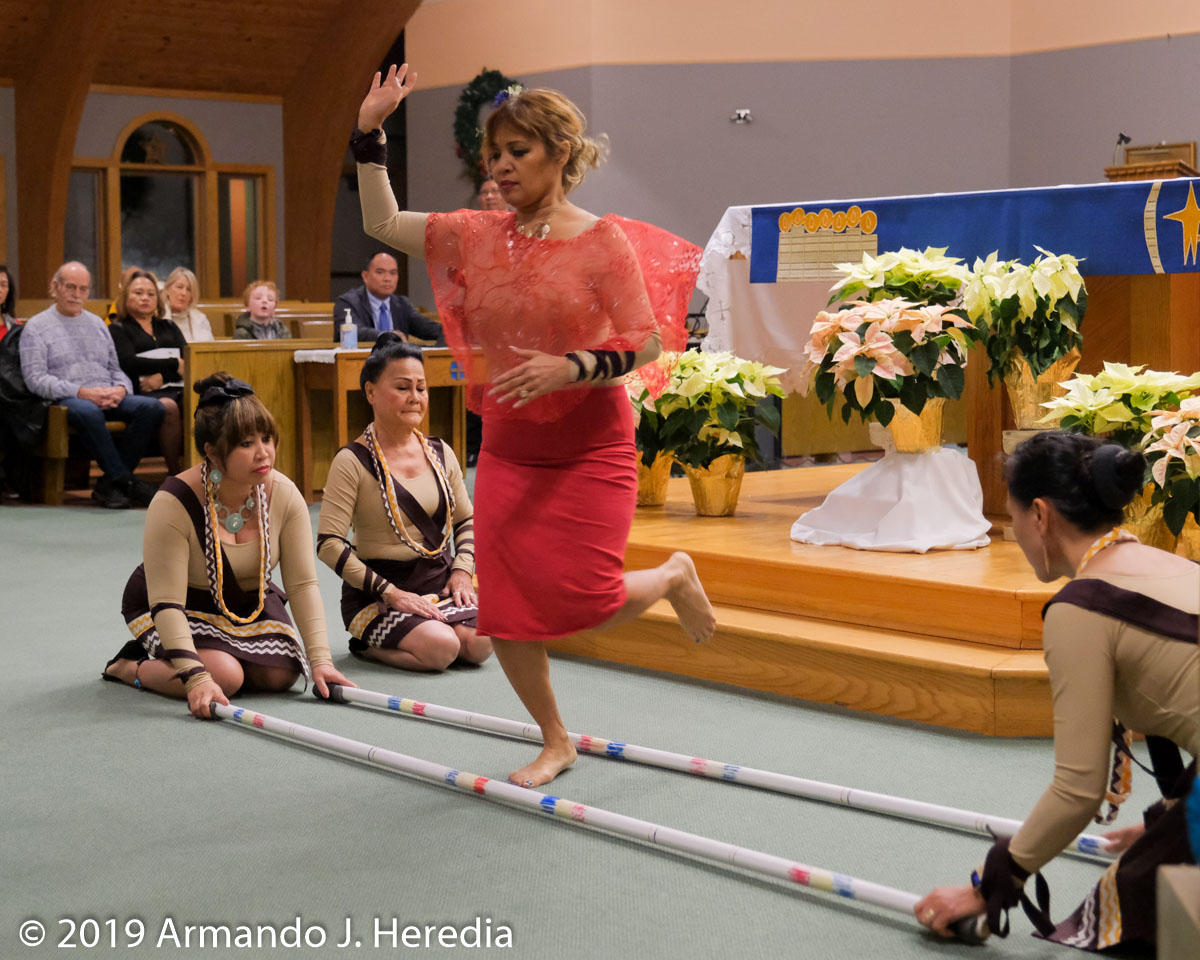 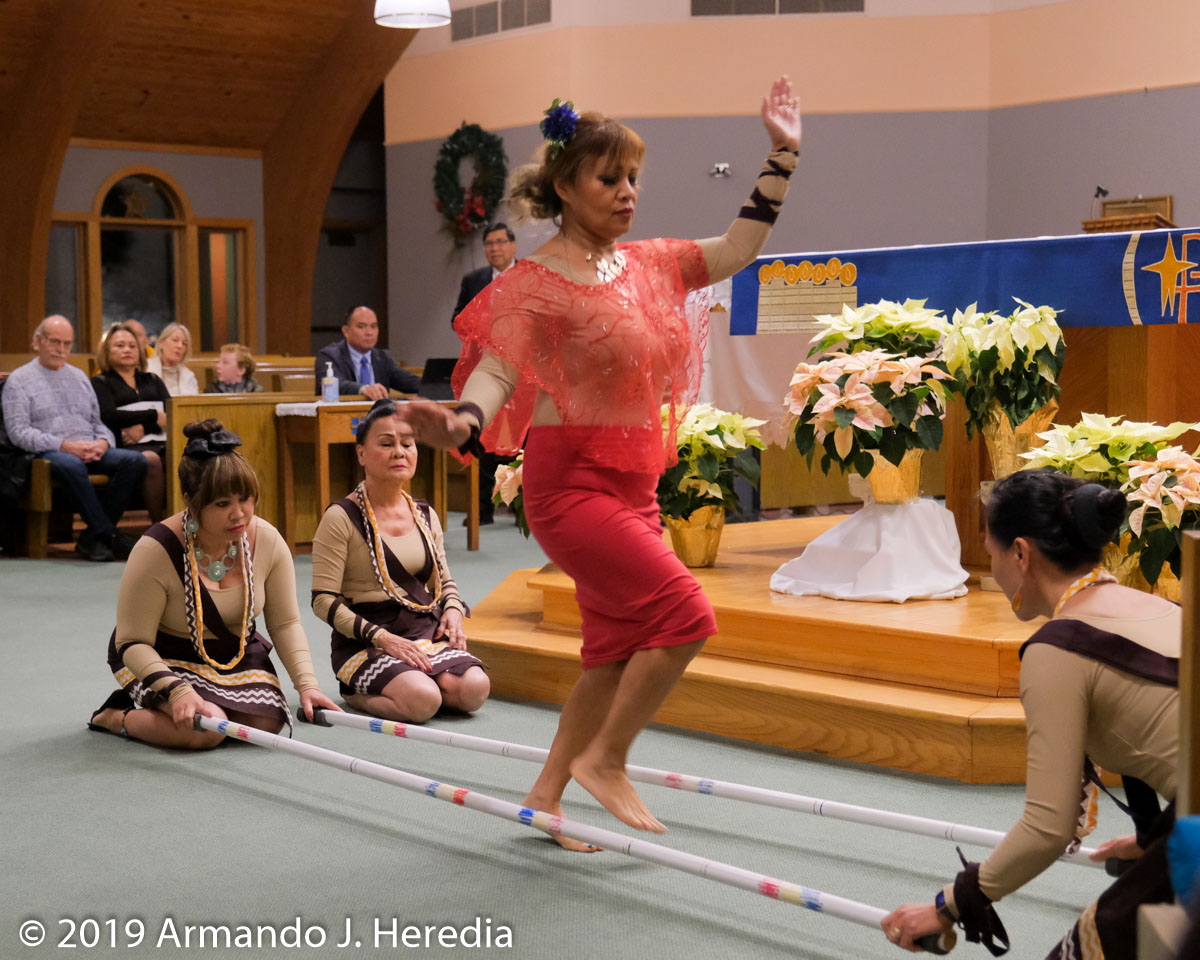 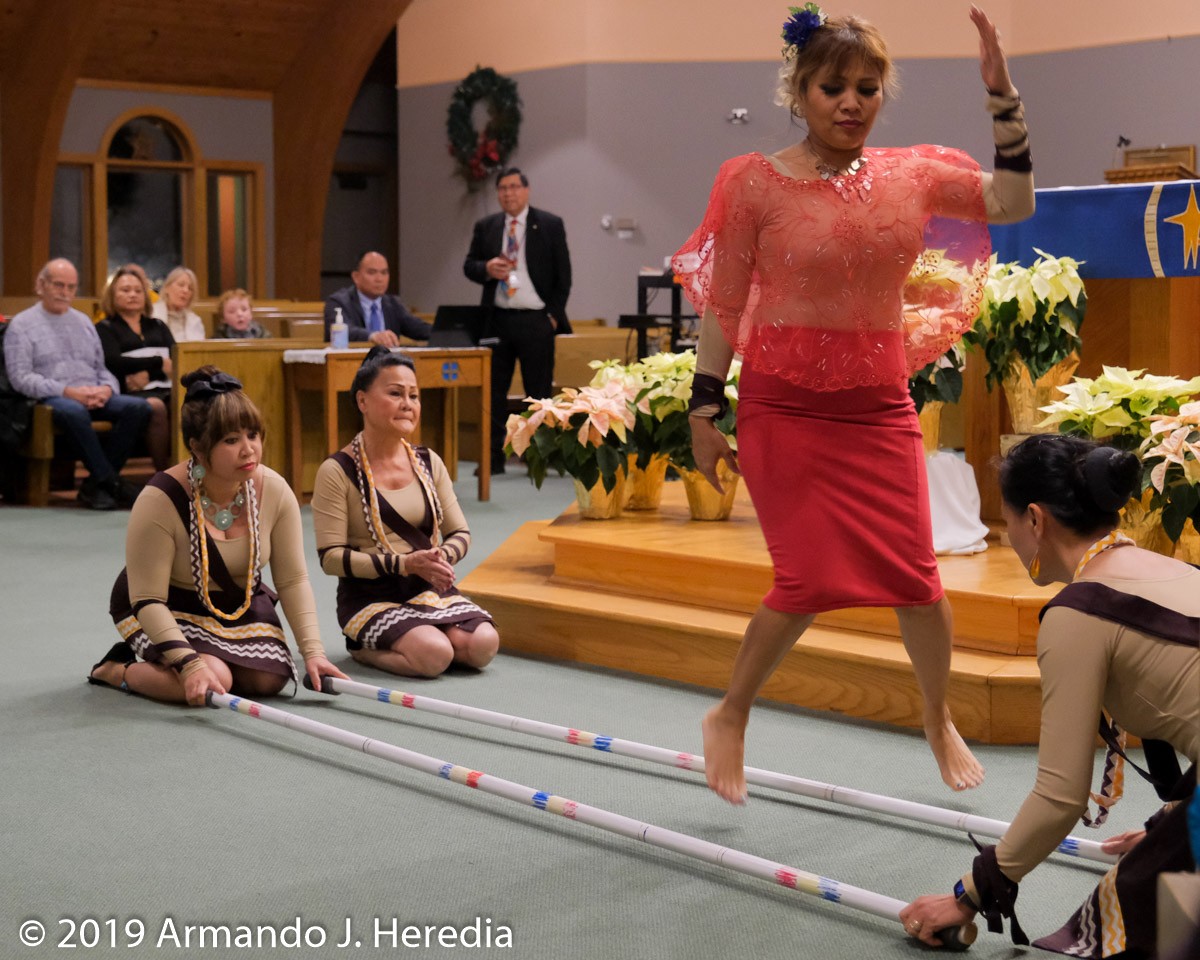 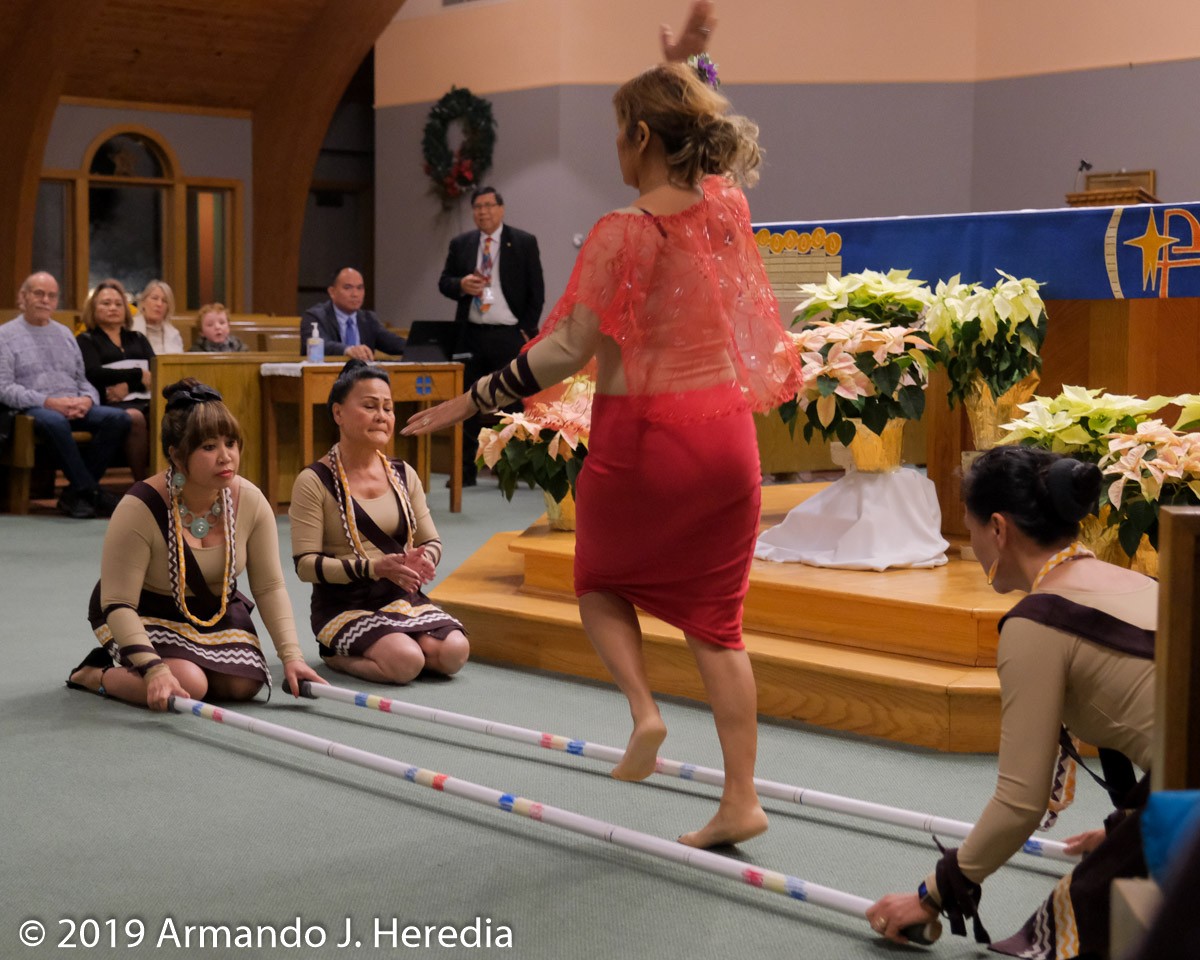 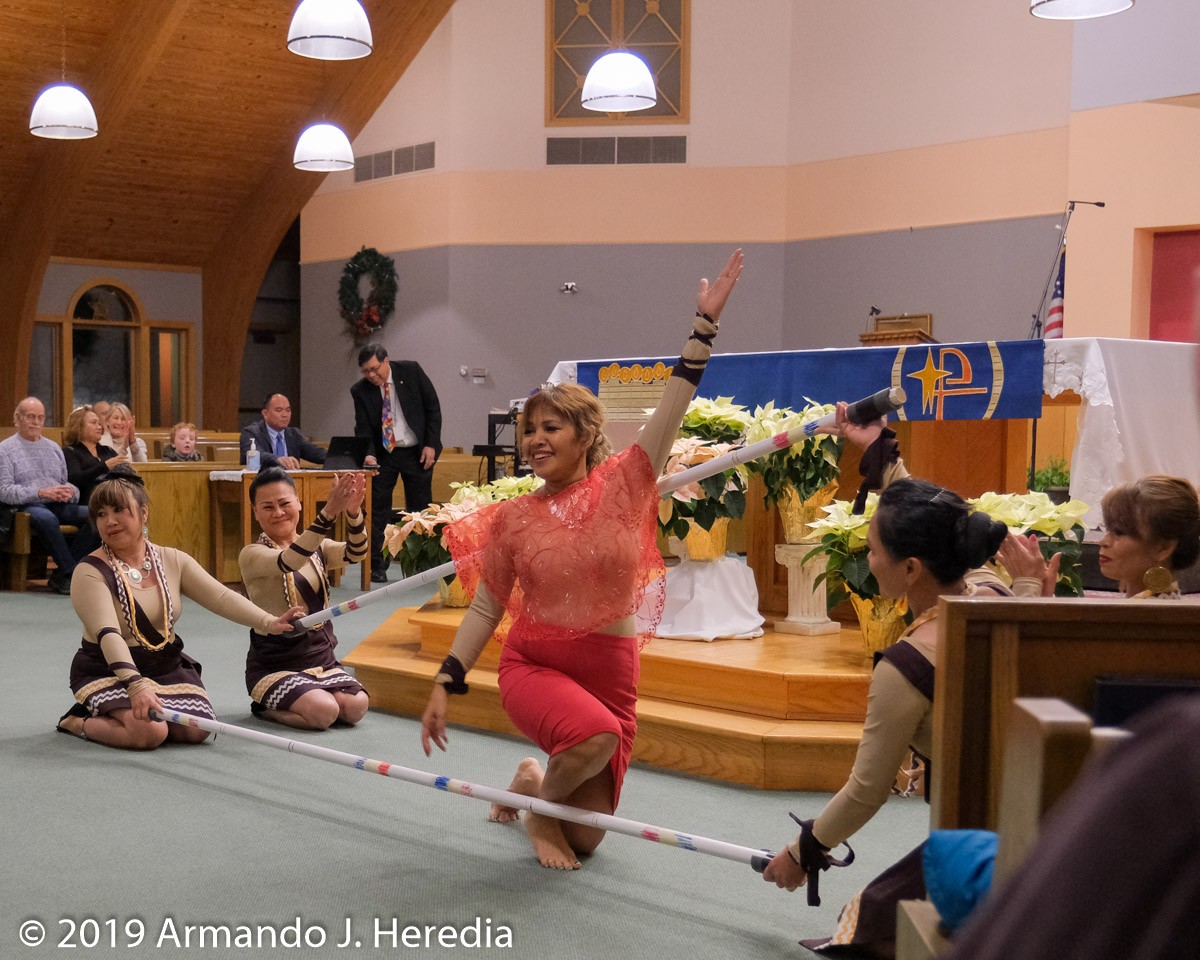 I don't want to dance