Micro 4/3 Despite lust towards FF and DSLR dinosaurs, I'm just drifting towards m4/3...

drd1135 said:
I found the on Kirk Tuck’s website. It sums up my feelings about wide angle and normal lenses:
“When used on a micro four thirds camera like the Lumix G9 the 25mm lens has the equivalent field of view of a 50mm lens on a 35mm sensor camera. It's a nice focal length for me because I can never figure out what to do with the rest of the stuff on the edges of images made with wider angle lenses.”

In other news actually related to this thread, he has some interesting comments about using the G9 with a manual lens:

T N Args said:
Hi! Given your last couple of sentences, your conclusion could have been written as, "In short: if you cherish choice and versatility, nothing beats having 2 systems!"
Click to expand...

Not exactly. I own many systems because, frankly, I just like to see for myself - my curiosity often got the better of me in the past, so I ended up owning what people raved about. That's how I got into Fuji - and that system is something I now indulge in, not something I need, simply because I like it very much, much more than I thought I would. But it doesn't cover anything

couldn't - it replicates some things in a very compelling way, though, and provides brillant images. So I decided to turn the Fujifilm "beachhead" into a usable setup, and thanks to the quality of the glass, it turned out well. But it's a far cry from the convenience and versatility of the

system, and it would cost a whole lot of money to change that - plus I'd end up with a physically much larger and heavier collection.

The same is true for the Sony E system - however, contrary to the situation with Fujifilm, it's not easy to collect a reasonably small *and* competent system; until you pay a handsome amount of money, you're stuck with pretty mediocre stuff (there are, of course, exceptions - but those don't make a system!). Not my cup of tea ... I tried to like it, but ended up owning a very niche system. However, the A6000 is still the best camera you can get for the little money you pay, and the Sigma 35mm f/1.4 and 7Artisans 35mm f/1.2 are both super-fun to shoot, both providing worthwhile results. Anyhow, I was unable to find anything else in the system to really convince me to buy into it -

or, lately, Fuji won the comparison whenever I seriously tried. I probably *should* move on that camera ... but simple fun goes a long way sometimes ...

system was once my only system, it got me re-started in photography, and it remains *the* compact system for me, to this day. System width and depth are unsurpassed. The way things look, the E mount ecosystem may catch up at some point, and Fuji may arrive there once they start thinking seriously about longer lenses. More to the point, I really wouldn't *need* another small system - and it's the smallest of the lot anyway, which makes things even more clear. The only other system shaping up to maybe match that at some point in time is Canon M - and Sigma just gave them a huge boost. But I wouldn't know which body to pick - whereas I'm spoiled for choice with

does. So I still maintain:

is unique in that it covers all major purposes competently and *stays small*.

I own a lot of film camera systems, and with Nikon and Leica can carry the lenses over to Digital using their native mount.
Shooting film- I used 35mm, 120, and 16mm Subminiature. A Minolta 16-II went with me everywhere.
I saw a lot of systems discontinued. With Film, you upgraded the "sensor" and a Nikon SP was as good as a Nikon F6 for ISO, latitude, etc.

This is not the case with u43 as a system. The raw images are still 12-bits, the EVF is significantly behind the state of the art, and 20MPixel resolution is a practical limit. Improvements in sensor technology should go to increasing dynamic range. Electronics should have moved to 14-bits years ago. EVF is the photographers view of the world through the camera. 1200x1600 is a start to compete with an optical viewfinder. The newest Olympus cameras are barely better than my 10 year old EP2.

Nothing gets older, faster than Digital. BUT- cameras will continue to work as well as when issued, unless mechanical/electronic damage occurs. All of my Digital Cameras are "old and dated" compared to the new stuff.
With Leica and Nikon, the system offers cameras that are competitive with the best offered from the competition. The sensors are improved over what I have. I can live with the upgrades, just prefer my CCD based Leicas and Dials on the Df.

A paid professional will have to make a decision. If you are so good that your images sell with the u43 system, you are in business. In 5 years- I doubt that new offerings in u43 bodies will be much better than today. If you don't have to earn living off of photography, it's your choice. If you are satisfied, keep it. I regularly use a 14 year old camera because I like it and can push it harder than anyone else. I did recently upgrade my software development tools from 1994 to 2017. Of course it is a Fortran-77 compiler released in 2017, and is not as good as the one from 1994- but I can deal with that inconvenience. I make a living by writing Fortran. In the photography world, I'm sure a lot of people can make a living shooting u43 if the images are good enough to sell. There will be a supply of cameras to replace existing ones for a long time. They may not offer much of an improvement- but they will be available for years to come.
Last edited: Jul 21, 2020

MoonMind said:
Not exactly. I own many systems because, frankly, I just like to see for myself - my curiosity often got the better of me in the past.......
Click to expand...

Same here, but I tend to do good job selling off things that I find don't meet my current needs / want. 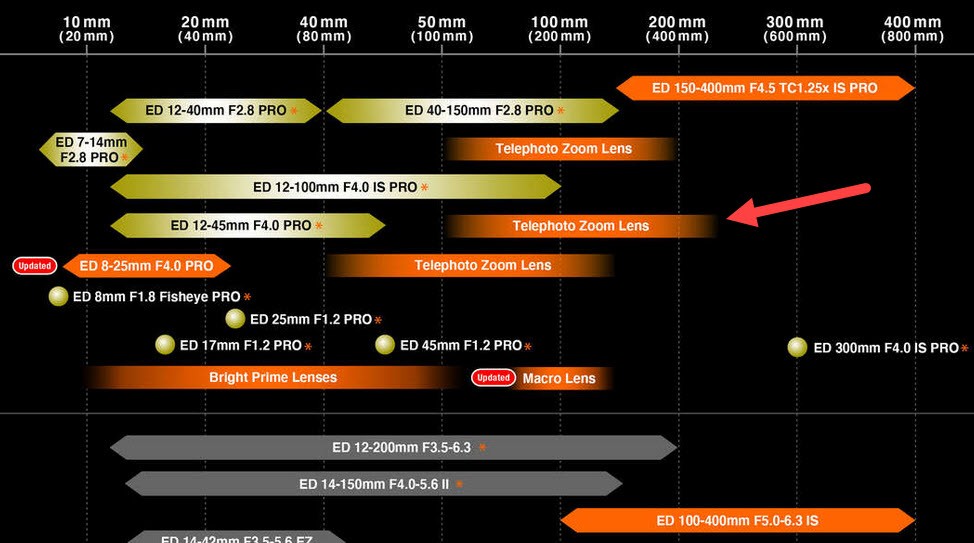 I’m not a bird shooter, at all. BUT I accompanied my friend who shoot with RX10.4 and we saw and photographed many beautiful creatures (don’t know the names even in Finnish…)

Now I feel I need one

Matero said:
I’m not a bird shooter, at all. BUT I accompanied my friend who shoot with RX10.4 and we saw and photographed many beautiful creatures (don’t know the names even in Finnish…)

Now I feel I need one

I've given fleeting consideration to an RX10 IV a few times. As much as I've fantasized about the "one camera to rule them all", this would be about the equivalent bulk of carrying around my Pen-F with a PL 50-200. I doubt it would fit in my bar bag: Compact Camera Meter

I have the RX10 III and am quite fond of it. I'm not currently shooting BIF so the advantages of the IV are not, at this time, significant enough for me to upgrade. I confess that I am a bit of a zoomaholic, not just in regards to wildlife, but for picking out interesting details in architecture, using it for mock macro, even shooting people doing interesting or ordinary things. I like it for walking around both in the country and in cities. Sometimes I pair it with the Fuji X100F or Canon RP with 35 1.8, but then it becomes a bit of a load carrying two bodies. Some complain about the zoom lever/motor function, which I rarely use; I just turn the ring and manually zoom 99% of the time. The RX series has a lot to offer; I only wish they could shave about 8 ozs. off the weight.

tonyturley said:
I've given fleeting consideration to an RX10 IV a few times. As much as I've fantasized about the "one camera to rule them all", this would be about the equivalent bulk of carrying around my Pen-F with a PL 50-200. I doubt it would fit in my bar bag: Compact Camera Meter
Click to expand...

It certainly has its disadvantages over m43-setups with comparable reach. Its continuous autofocus capabilities are unmatched though with any m43 camera (as far as I understand).
I like taking photos of birds. Sitting/perched is the only way I managed with m43.
Oh well, with Canadian 'sticker shock prices' (CAD 2200) it's easier to resist temptation

But the sensible thing to do for me would be to go to/buy at a camera store where I could check it out, before I buy...
Last edited: Jul 22, 2020

Tilman Paulin said:
It certainly has its disadvantages over m43-setups with comparable reach. It's continuous autofocus capabilities are unmatched though with any m43 camera (as far as I understand).
I like taking photos of birds. Sitting/perched is the only way I managed with m43.
Oh well, with Canadian 'sticker shock prices' (CAD 2200) it's easier to resist temptation

But the sensible thing to do for me would be to go to/buy at a camera store where I could check it out, before I buy...
Click to expand...

I missed a BIF shot with an Osprey this morning. I was watching a Bald Eagle across the river, when the Osprey flew into my view from the right. It actually swerved toward me and dipped down as if to check me out. I had left my P 45-150 at home, and had the O 45/1.8 on the Pen-F. Not that I had much of a chance, but I tried to get a pic of the Osprey as it swung past, but the camera/lens combo would not lock onto the Osprey.

Yet M4/3 owns this arena with a motherload of adaptable 50 mm lenses! Won't certainly be wanting of choices here.

Natively also, a big selection of 42.5-45 mm lenses in a wide array of choice.

I’ve considered the RX100 vi since it got much cheaper. A very useable zoom and truly pocketable. Not very good at night but I have other cameras for that. I would be tempted to get the grip for some circumstances. It’s hard to hold those little bodies and at 200 it would be tricky.

When the EM1 Mark II first came out, I bought it. My theory was that if I could get the Oly EM1.2 to function just as well as my current Nikon setup (D500 and a D700), I was going to make the switch for all my gear to M43.

There were critical areas where the EM1.2 failed that I just could not accept. Continuous AF was still sub par compared to the D500 and issues with backlit subjects not being able to AF were the big killers.

I still do love using m43, and now I have the EP5 and a few lenses. It is nice to throw the whole kit in a small bag and work it. My wife absolutely loves the micro contrast and color science that Olympus and the gear provide.

I actually took the EP5 out this evening for our take out dinner and walk on the park. Got a few good shots.


I flipped back and forth between minimalizing my lots more than once. What works for me is to have what I need for work and then whatever floats my boat for the fun stuff.

That has me now in the m43 camp, the Fuji camp and a whole litany of lomography type cameras from Fuji instant to digital holga and yashica Y35.