Do you still have a DSLR?

I sold all my DSLRs now..
Complete DSLRLess!

But then Nikon announced D800

yep, quite a few of them
J

The DSLR has now gone. I couldn't justifiy so much money invested in some equipment I hardly ever use. Now I only have the Fuji and a used NEX-3 I picked up a couple of weeks ago with a manual Canon FD 50mm 1.8. I'm using that combo quite a bit in this month's challenge, and it seems like a decent companion for the X100. I can carry both in my small day bag, which is pretty handy, and I looooove the peaking function. Will see how things go from here.
P

Have to admit, the best photo I ever took, bar none, was with a GF2 with 14-42 kit lens. The 60x80 print has sold 5 times over from a local gallery. My latest shots with the 5d are almost there....I just need to get used to the camera.

View attachment 54028
St Paul's From the South by petach123 (Peter Tachauer), on Flickr

Been trading around a bit and have ended with the E-620, E-1 and E-p2. 620 is quickly becoming a faviorate. E-1 is still in Alaska. Maybe it will come home one day. I like the E-P2 for indoor use, but not sunny days. Seriously considering another 620, as the wife has taken the other one.

I still like having a DSLR, nothing has changed there. However I am finding that even the light weight of the K-5 is a bit much at times, so may end up changing that for a lighter body. K-r probably, although the temptation to buy another K200D is very great: I like the CCD sensor, I like having AA batteries, I don't care that its max ISO is 1600, or that it doesnt have live view... all these things, I wish I had realised before I sold mine. I'm currently waiting the arrival of a new 50mm so I can sell off my Minolta + MC Rokkor.
A

I finally sold my last DSLR lens. Olympus E5 is for sale, but not many takers yet.

This is why I keep my DSLR: 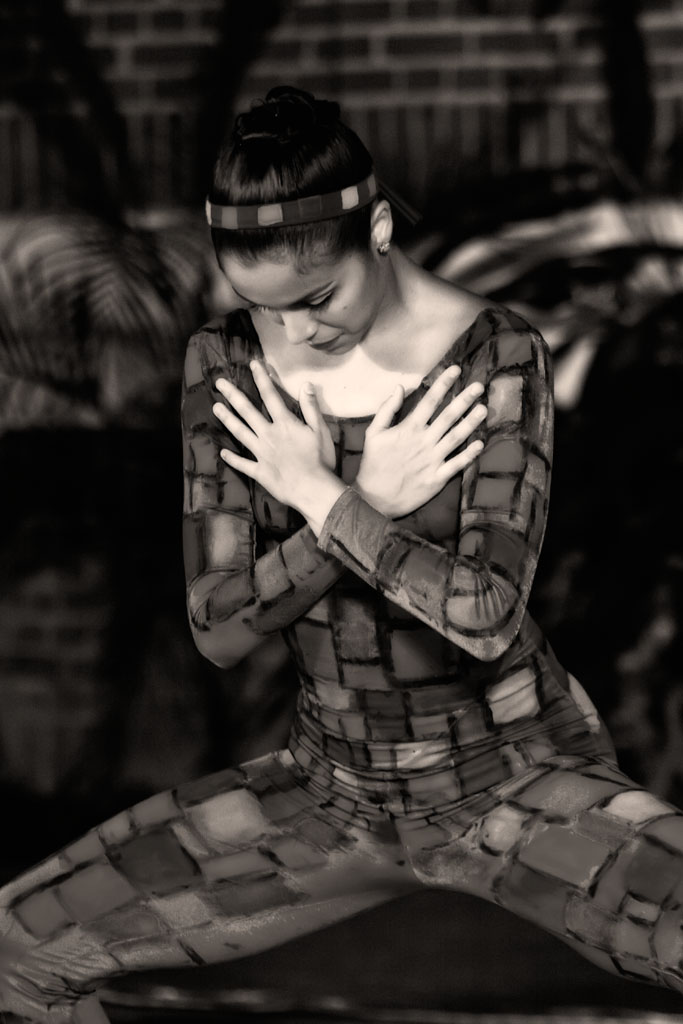 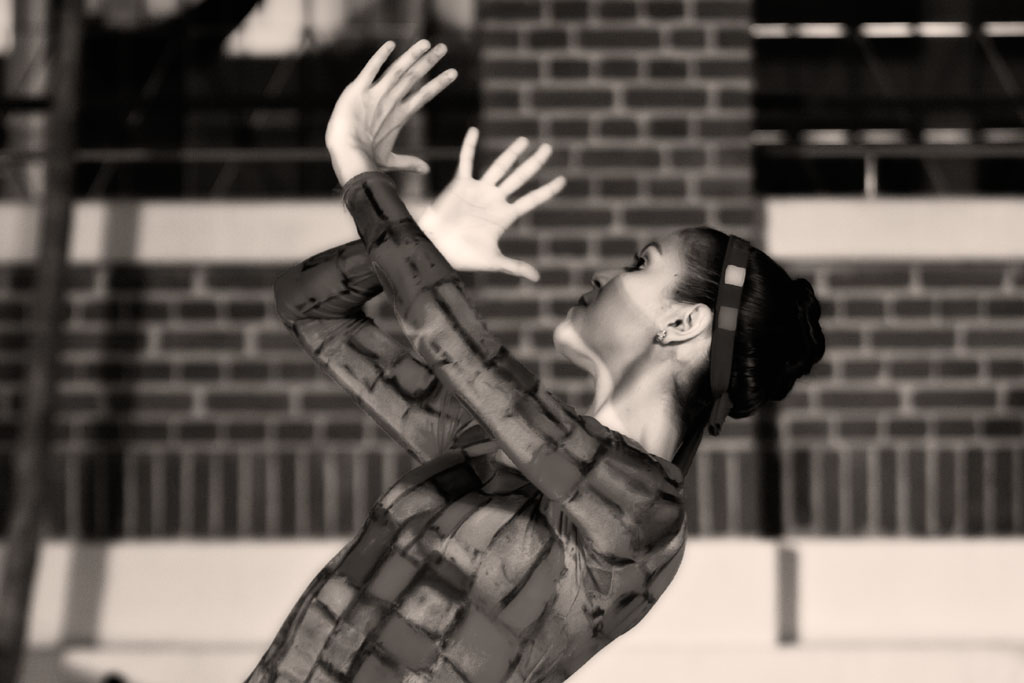 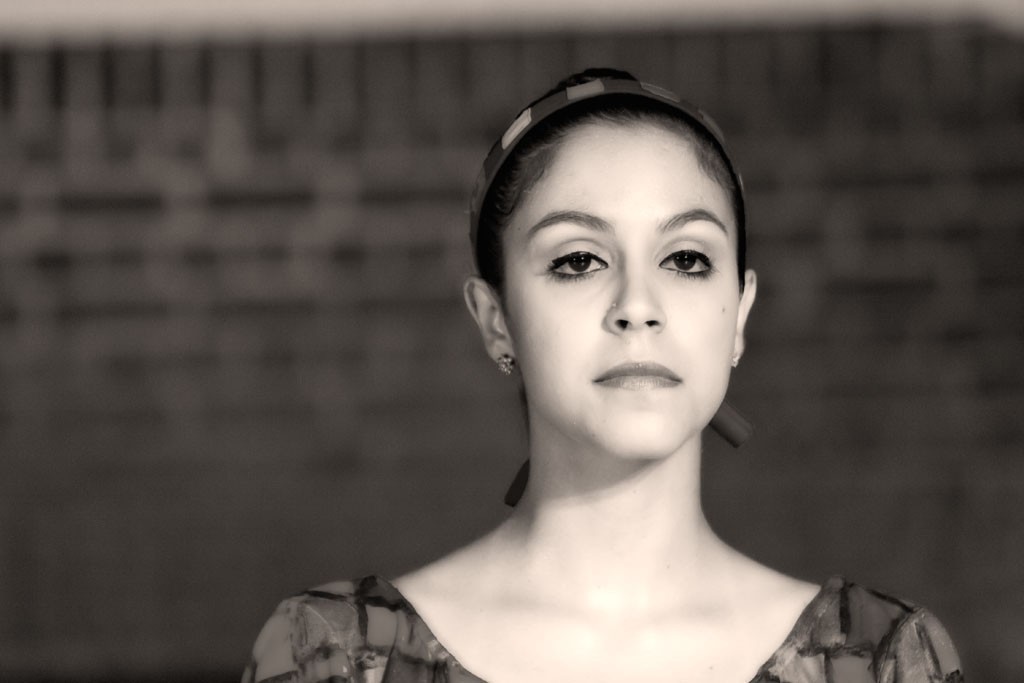 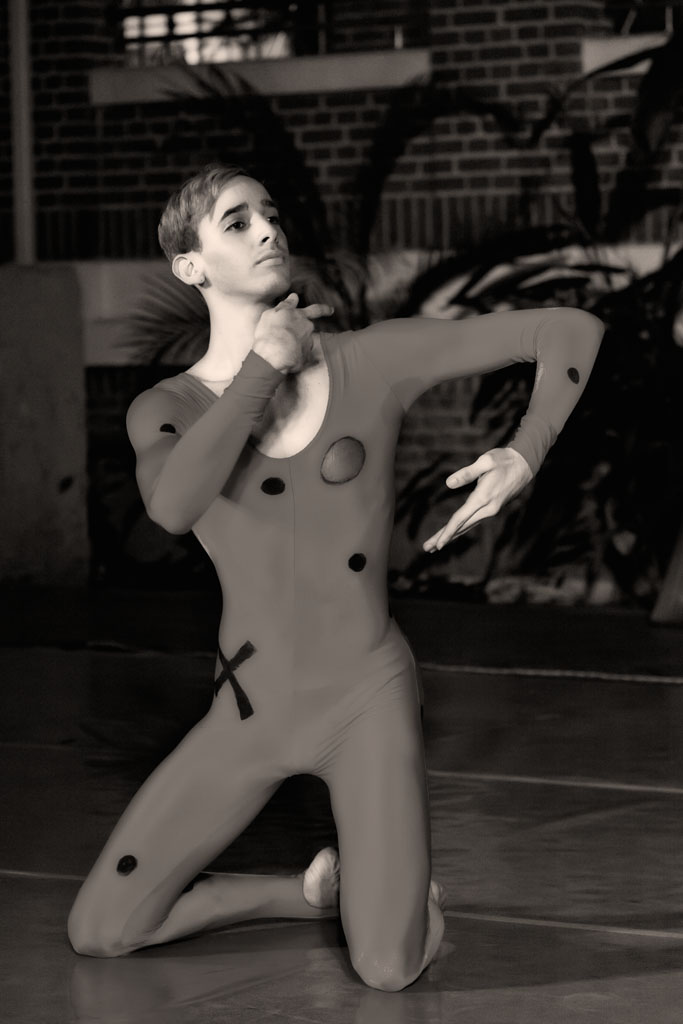 These are from a modern dance performance at the Puerto Rico Museum of Contemporary Art. Dim stage lighting and lots of motion. Shot at ISO 3200 wide open. These would have been very difficult to shoot with any of the compacts I own.

I think we all struggle sometimes with the weight and noticeabilty of a DSLR system - Im not alone when I say that mine doesn't get the use it deserves.
However, I have a S95, great little camera, I carry it daily, but even now with all the tech that is around, there still isn't the perfect camera, and that is why we all have multiple systems.
S95 = portable, but only live view which i hate, I just cant get used to not looking through something to compose. I put up with it as it fits in my jeans pocket, which means that I always have a camera.
Other systems have interchangeable lenses, but with a viewfinder, they stop being as portable requiring a coat pocket or a bag.
My Pentax DSLR, big, heavy, more capable then I am as a photographer, and I am comforted by knowing it is around when I need it, even if that isn't that often.
So Im guessing Im keeping mine as I like to know it is there when I need it and it sort of feels like an old friend when I do get it out, which is not a feeling that I get from any other camera I own..
E

I crossed the Rubicon in the end of 2011. This year has been totally DSLR-free, but not totally mirrorless, though.
I traded my DSLR system to a Sony SLT camera and since then, no moving mirrors in this household. Apart from the semi-retired film SLR, which I will keep, whether or not I ever use it again. The lenses are still mostly usable.
Since the switch I've used a couple of mirrorless systems like the Olympus µ4/3 system and the Sony, and now I've settled for the Sony SLT system as the main DSLR replacement and a Ricoh GXR as the smaller compact system. Or as the 'serious compact.'

So technically I no longer use a DSLR, but the Sony SLT system is pretty close to one. It does have a mirror, albeit not a flipping one. I can use most, if not all of my pre-existing SLR gear with it. I still have the DSLR-like AF and the only thing missing is the optical viewfinder. I'm quite content with the system so far, even though I did have serious doubts about the system at first. Now I think I will no longer buy any new DSLR cameras. From now on I'll buy either the SLT or the mirrorless system cameras, or both.

Although I still might go for a certain used (full frame) DSLR body, like a Sony A-900, for example, but only if I saw a super deal on one. However, chances are I won't bother any longer. I'm looking forward to (and trying to save my impulse buy dough for) the forthcoming A99, which is expected to be a 35mm full frame SLT body.

I have no particular grudge against the DSLR. The SLR system is still quite usable and there's nothing wrong in using one. If you're a Canikon user, your choices are rather limited, anyway.
I started my shooting career with film cameras. I've already spent many many years with SLR systems and I loved it. But now in the digital era, I thought I might as well try something new for a change, and sort of start over again with the new, native digital systems. I thought that it would sort of make sense to do so in the long run, too.

I've also noticed that I tend to choose the small compact system camera much more often than before. Especially when traveling, and I often try to pack as lightly as possible. I also tend to use one in the situations when I need a more 'stealthy' look, or when I just feel lazy, and don't want to carry around the larger gear.

I've never really felt too exited about typical p&s cameras. I used to hate the digital ones only with an lcd screen with a passion. The better compact system cameras, however, do have a certain charm of their own. I'm slowly getting comfortable with them. I consider my GXR as my digital rangefinder camera, even though it may or may not be a technically accurate expression. I think it has the same kind of feel charm to it as the traditional rangefinder cameras like Minolta CLE. The other mirrorless systems like Sony NEX, Samsung NX and mFT are quite interesting and increasingly useful, too, and no doubt will become even more popular than today. At one point I was entertaining the thought of replacing the DSLR with the existing mirrorless systems even in professional use, or starting a new professional career based on mirrorless gear only. It'll be interesting to learn if someone has done it, or if/when someone does it.
A

I only use DSLR's for work now, and hardly for personal shooting. Yesterday we did a real estate job with two Canon 5D Mark II's, a 16-35L and a Sigma 8mm fisheye for the panoramic virtual tour work. I wouldn't shoot these jobs with a compact, even a serious one. For these jobs I rely on high resolution, high dynamic range, remote triggers, ease of bracketing etc. But at the end of the day my 5D Mark II went back into the bag and the GXR was sitting in my lap for the drive home. Now that I think of it, it would be interesting to see how the GXR-M files handle multiple exposure stacking in LR/Enfuse.

On one interstate trip I took the GXR and 28 and 50 modules instead of the M9 or 5D Mark II, and it was great. There is really something to be said for the aps-c modules' image quality, and being able to palm the GXR and make it disappear was great. Compacts are now at the level of many DSLR's of yesterday, something for which I'm very grateful!

This is why I keep my DSLR

A
Have you considered going back to a DSLR?

D
Do you have the Nuts?

P
Film what you do when you don't have a scanner