Just sitting here this morning having a cup o' joe and prognosticating on things in life. Feel free to ignore, at this juncture I'm probably just talking to myself, but sometimes it's important to have one of "those talks".....

I've been a photog since in college, in the '80's when I lived in New Orleans. Made many a Tri-X exposure on my Olympus OM-1n, the negatives I still have by the way..

My photographic life has meandered around a bit and I became a Fuji adopter about 10 years ago with a x100s. Previously I had been pretty much a Nikonista, but to be honest that had seriously lost it's luster by that point and the image inventory from those years is pretty bleak.

The x100 was like finding a new friend. It was a bit of a journey becoming "one" with it, but one day I grabbed this image at Point Lomo State park outside of San Diego, and I realized I could let the Nikon kit go. 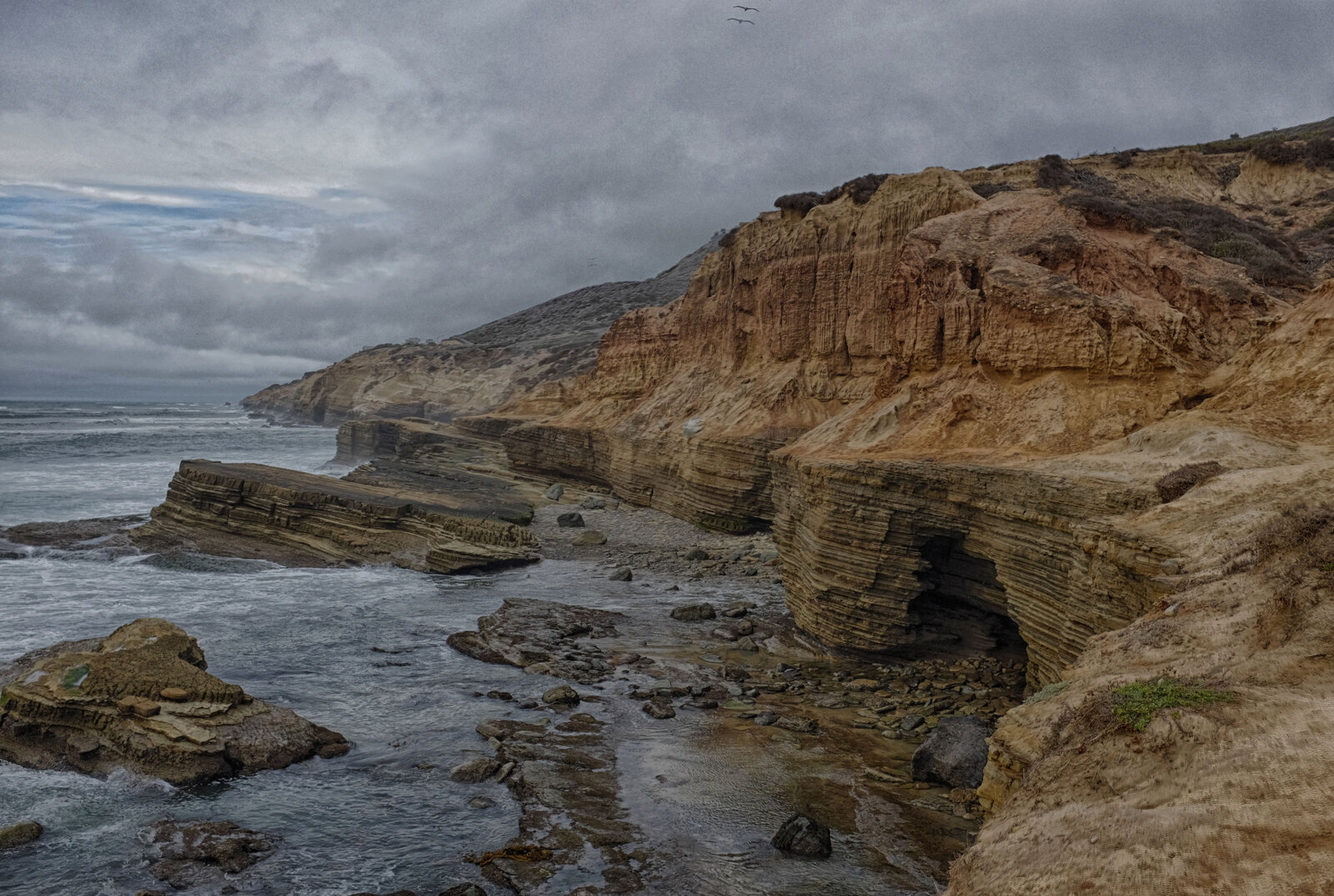 The ensuing years have been extremely productive image wise. Covid gave me the luxury (time) of going through the image inventory (some 70k worth), culling, post processing and creating Google Albums that I've distributed to my family.

The cadre of cameras has been gussied up quite a bit (damn you GAS....) with the addition of a X-Pro2, X-T2 and a x100f. This was done so that the sensors, controls and menu's were all fairly similar to reduce the learning curve. Old fart, remember...

One thing I've noticed of late is I've not been quite as motivated to grab a camera and just go out and shoot.

Methinks that's probably a compendium of life events that have been on going. We sold our house last year as a prerequisite to a "final" home in retirement. I sold my wonderful S2000, as I loved her, she simply had stopped loving me, at least physically. For short periods of time she was a blast, but as I'm officially an "old fart" she wasn't comfortable for more than brief periods of time.

After a couple of months though, the sirens call for a convertible was heard, and a gorgeous Lexus SC430 found it's way home. I'll be the first one to admit, shiny thing syndrome was well and fully in play here, and Scarlett, as I call her, was my fascination, with photography falling away in interest.

I'm coming up on a year with Scarlett, and my wife and I love her, but she's becoming very familiar and shiny thing syndrome is dissipating

We used Scarlett to travel fairly extensively in our next challenge, deciding where we want to retire. We've canvassed Virginia, and visited a couple of other areas, but we have officially decided that Williamsburg, VA is where "we will be".

My wife and I first visited about a year ago, for our 40th anniversary actually. As we are from New Orleans, many things in Williamsburg felt like "home". The history, sea fairing culture of the Tidewater, honestly the smell in the air, but mostly it's the South. Don't take me wrong, I'm a southerner, tried and true. We've yearned for that quality our entire time here in Northern Virginia, and the first time we encountered it in Williamsburg, it was definitely an "oh my" moment.

After looking at buying a house in Williamsburg, which proved a bit difficult, we bit the bullet and signed a contract with a custom builder yesterday to construct the "home of our dreams". Luckily we made enough from the sale of the house in Reston to completely cover the cost, and while this cost pushed the envelope, we will get everything we wanted in a home. We found a lot in Fords Colony that we will go to act of sale for on Friday, so all is good.

And interestingly, thus this diatribe, the itch has returned. The itch to just go out and meander and acquire amazing imagery.

If this has bored you, my apologies. This has been a bit therapeutic for me.

I think I can relate to what you are actually saying. Things change, both for the good and bad and it seems the older I get the more resistive and behind it I become. Since it is inevitable anyway, why not embrace the good and just deal with the bad as it comes (you will have to do that either way). Personally, I am stubborn and have to be forced out of my comfort zone most of the time, but I am always glad afterwards because in the longer run it refreshes so many forgotten excitements I just put away for some reason along the way. I dunno… they say change is good for the soul and it may be true. A good shake off the dust moment is good for all of us either way I think.

That was the primary reason we sold our house. My wife and I were sitting in the kitchen and a postcard from a local realtor advertising 4 1/2% fees piqued our interest. We had been talking about selling the house, in preparation for the next step, but as you say had not done anything.

So on a whim, my wife called the guy. He showed up literally the next day, and frankly blew our socks off. My tolerance for Realtors is pretty low and this guy was simply out of the park. After a bit of discussion, we signed the agreement, and literally 2 weeks later the house was sold for 18% over our asking price.

Then we could no longer avoid/evade the topic. We had to firstly, find someplace to move to, and then decide where we were going to retire.

Life has a funny way of answering your prayers, but oftentimes in ways you would not have expected. That's a topic for a whole 'nuther diatribe

Good stuff. Would love to read more in the future.

LOL. Thanks. I've been making myself write more in the last year or two on my blog: chris – miscellaneous ramblings of a brain damaged refugee from New Orleans, and my writing skills have improved significantly. Not great, but definitely better than crappy.

In another post I indicated that I'm weaning myself off of dpreview. I've been a member there for some 20 years, and cannot justify spending any further time there, and have tentatively chosen this place to get my photo fix.

So, long way of saying that I'll be posting more here.

Chris, DPR is the cesspit of the internet. Well, nearly. Faecesbook is worse. The trolling is just appalling at DPR.

Having been an active member of DPR from 2007 to about 2020, I moved to mu-43.com, which was taken over by Vertical Scooe ('VScope'), with its dreadful terms of service ('ToS'). I had already signed up here some time before, so have now moved here. Nice forum, nice people.

Since the VScope buyout of mu-43, about 50-70 regulars there have partially or totally moved here.

Also used dpreview a long time ago and abandoned it as the cesspool took over. Then FM, which I still lurk around in, and talkemount which also suffered a VScope buyout. I was not worried so much about TOS but about the total lack of attention, zero communication, lack of promised updates, etc. I am still on talkemount. We had a small but pleasant and active community, but activity is way way down now. So far this is the closest thing I have found in spirit (and it uses the same platform as talkemount). A number of regulars from talkemount are also on here. The most difficult adjustment is the sheer volume here compared to there. I am still finding my way to deal with it.

Ditsworthy Warren House-otherwise the farm house in the movie Warhorse