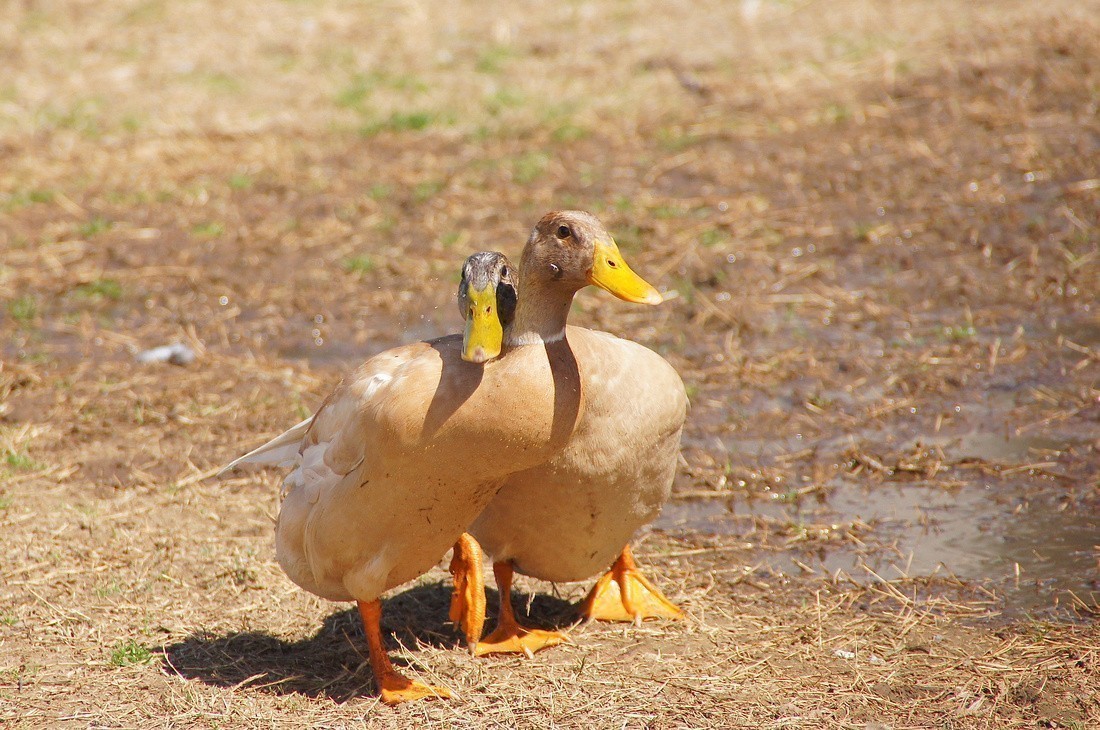 Charming, Ricky! I don't know what it is...but I have a think for ducks. Believe it or not, they remind me of my dogs...well, just one dog now. I think it's the dark eyes and long "snout".

Your second was the prefect moment!

So much more circumspect, Bill. Must be those wild Texans that Ricky's got.

I'm sure not, Bill. It's important that some of our duck friends retain a sense of propriety.

and they always "keep a look out" for each other

and "The King" Elvis - keeps an eye on everyone

here he is "leaving the building"

He was my favourite Duck
S 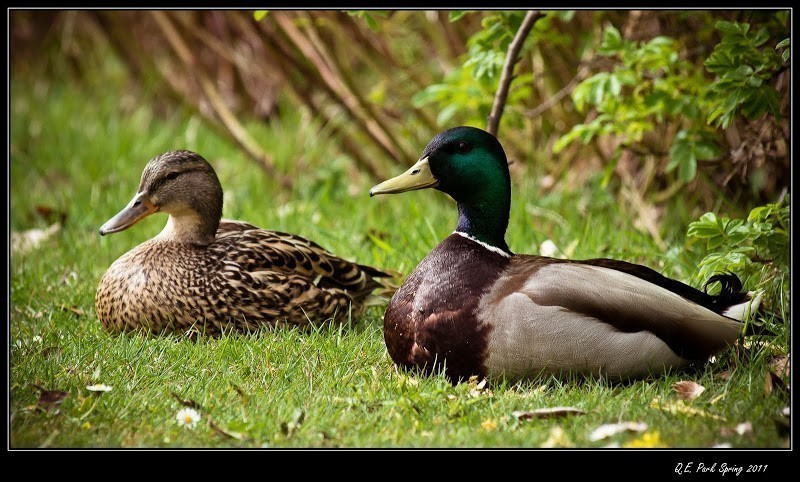 I like ducks. The locals have been feeding this lot, she RAN toward me but paused immediately when I showed my empty hands.

Apologies to those who have difficulty seeing imageshack images... I have decided that I don't necessarily want to use flickr for images submitted to forums. 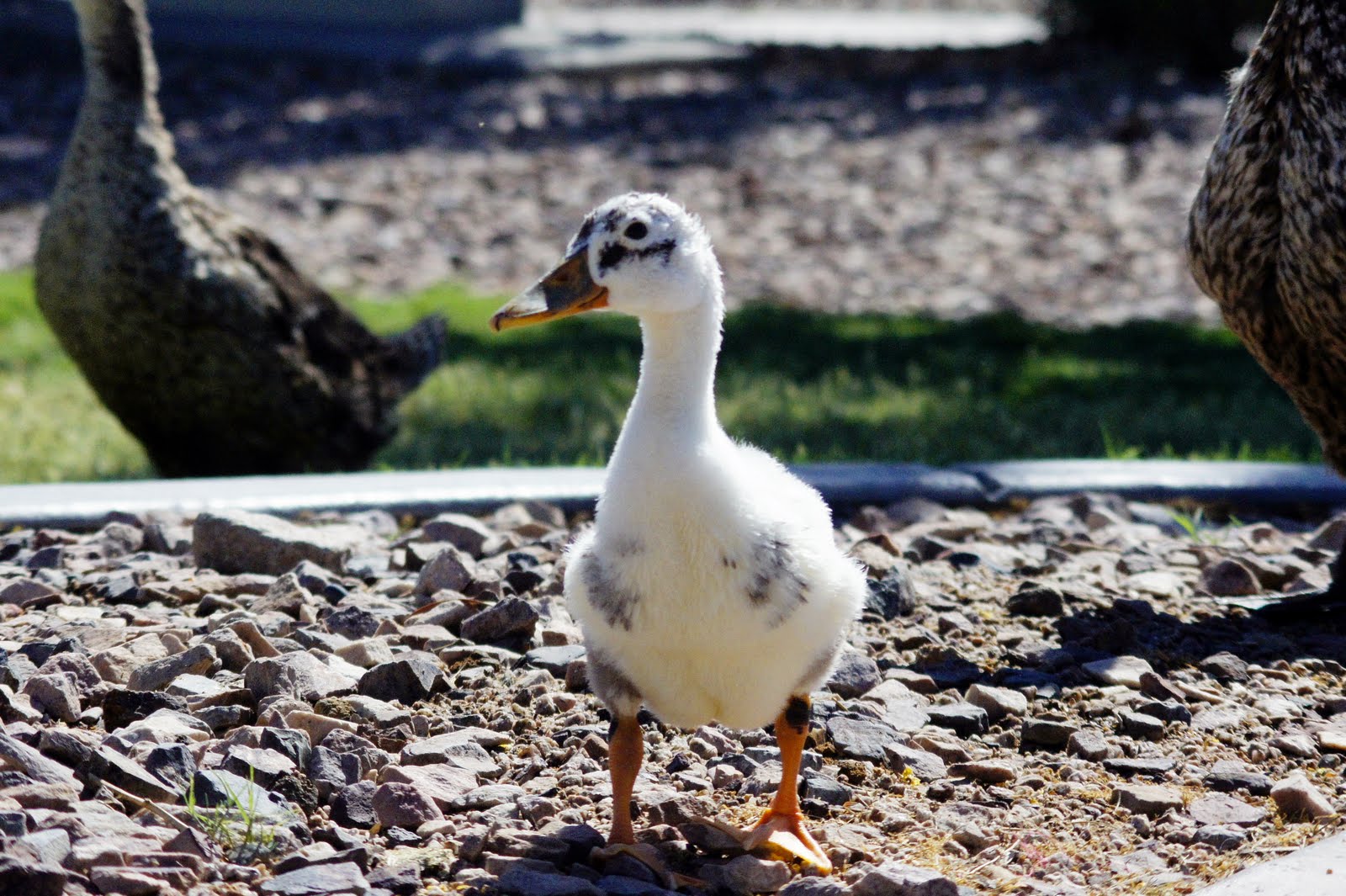 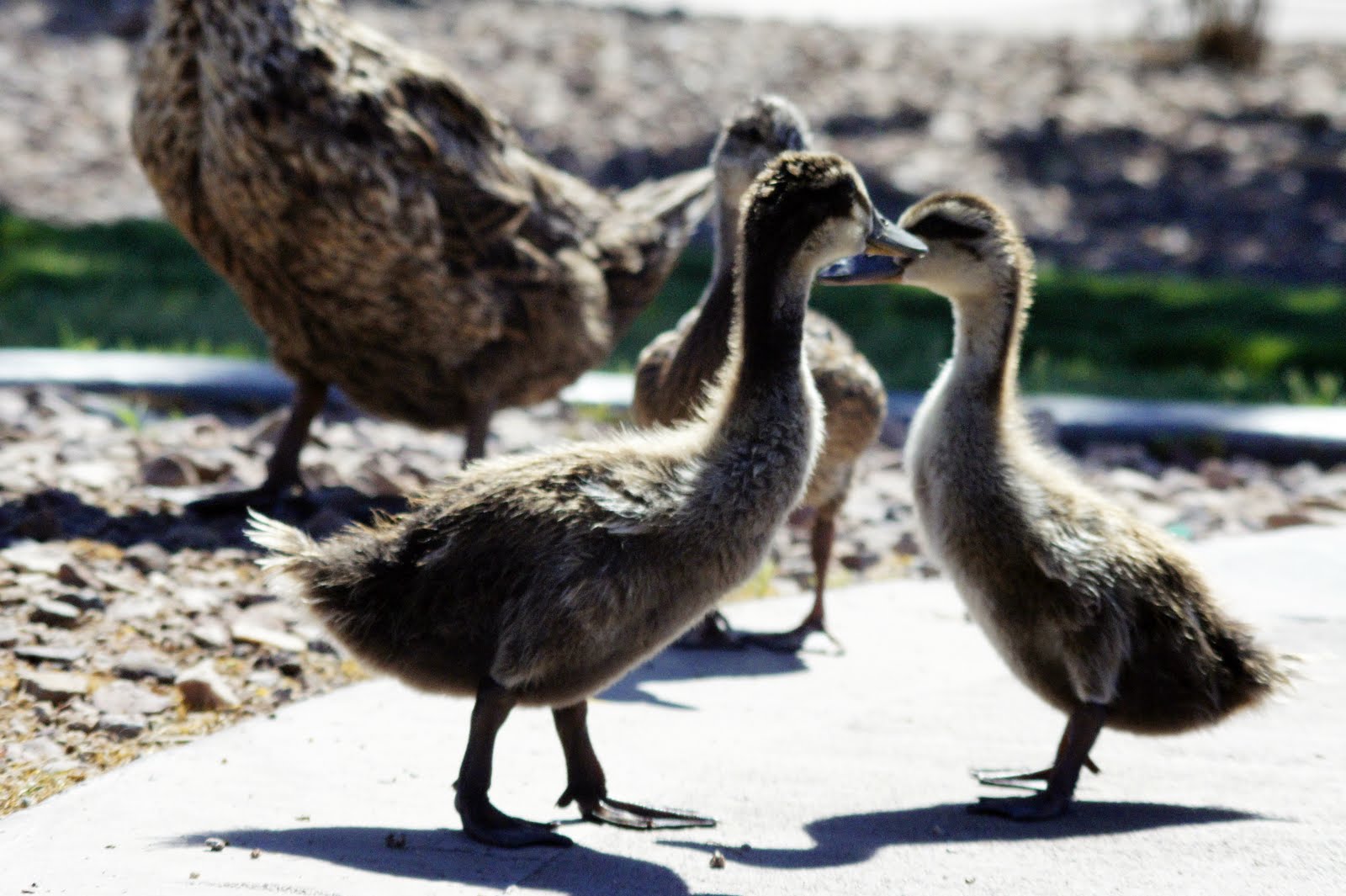 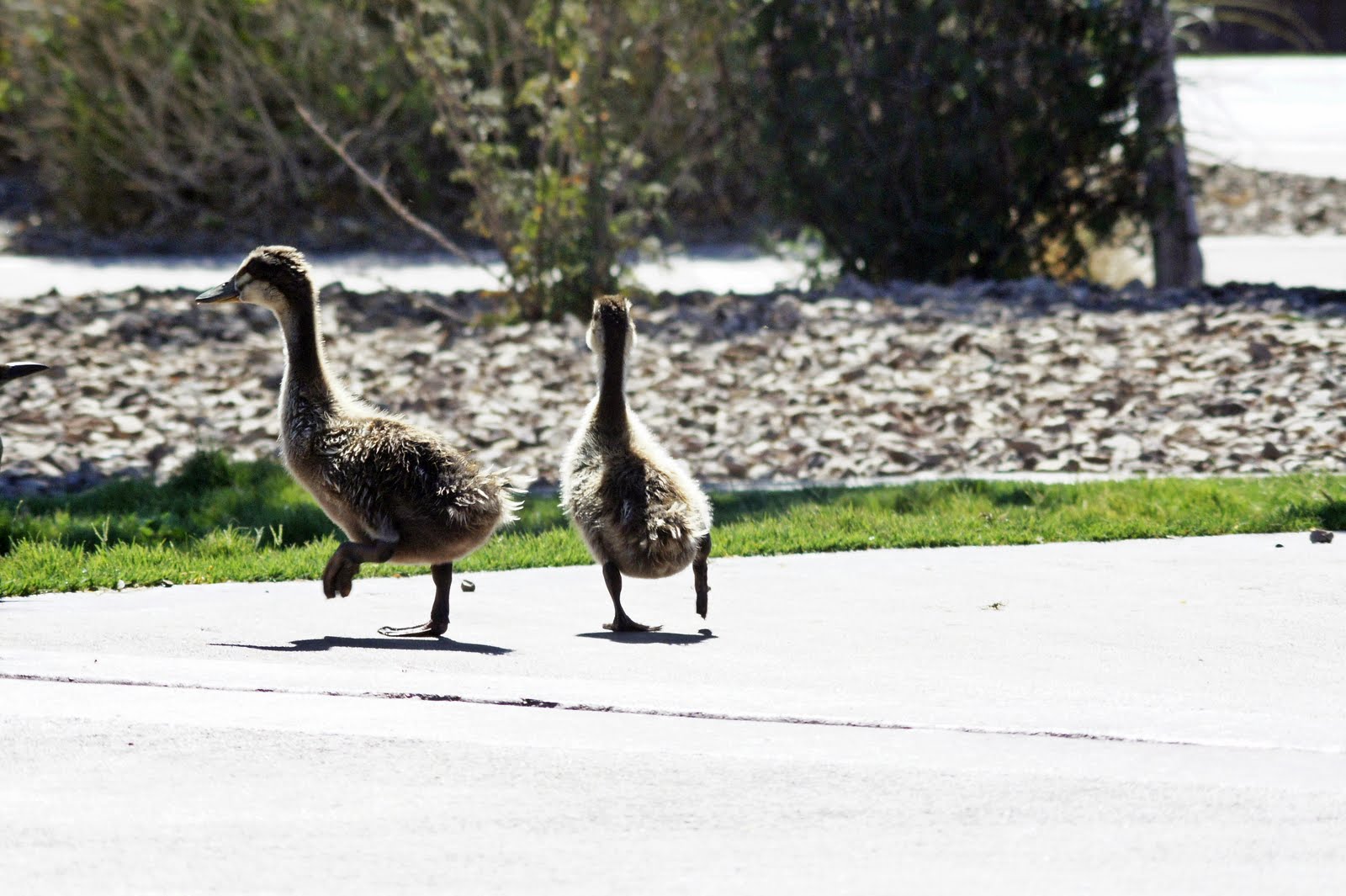 A family showed up and started feeding them 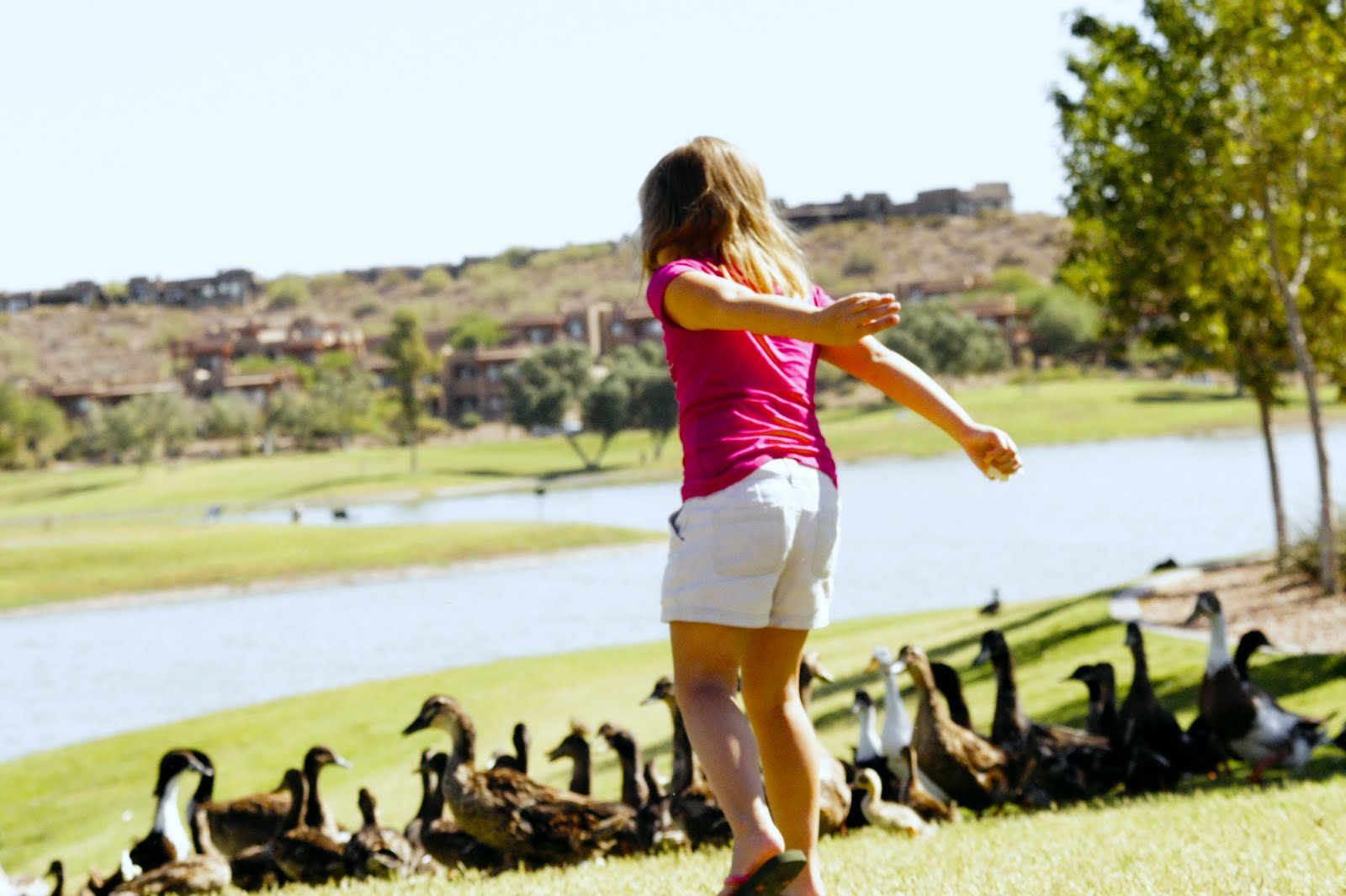 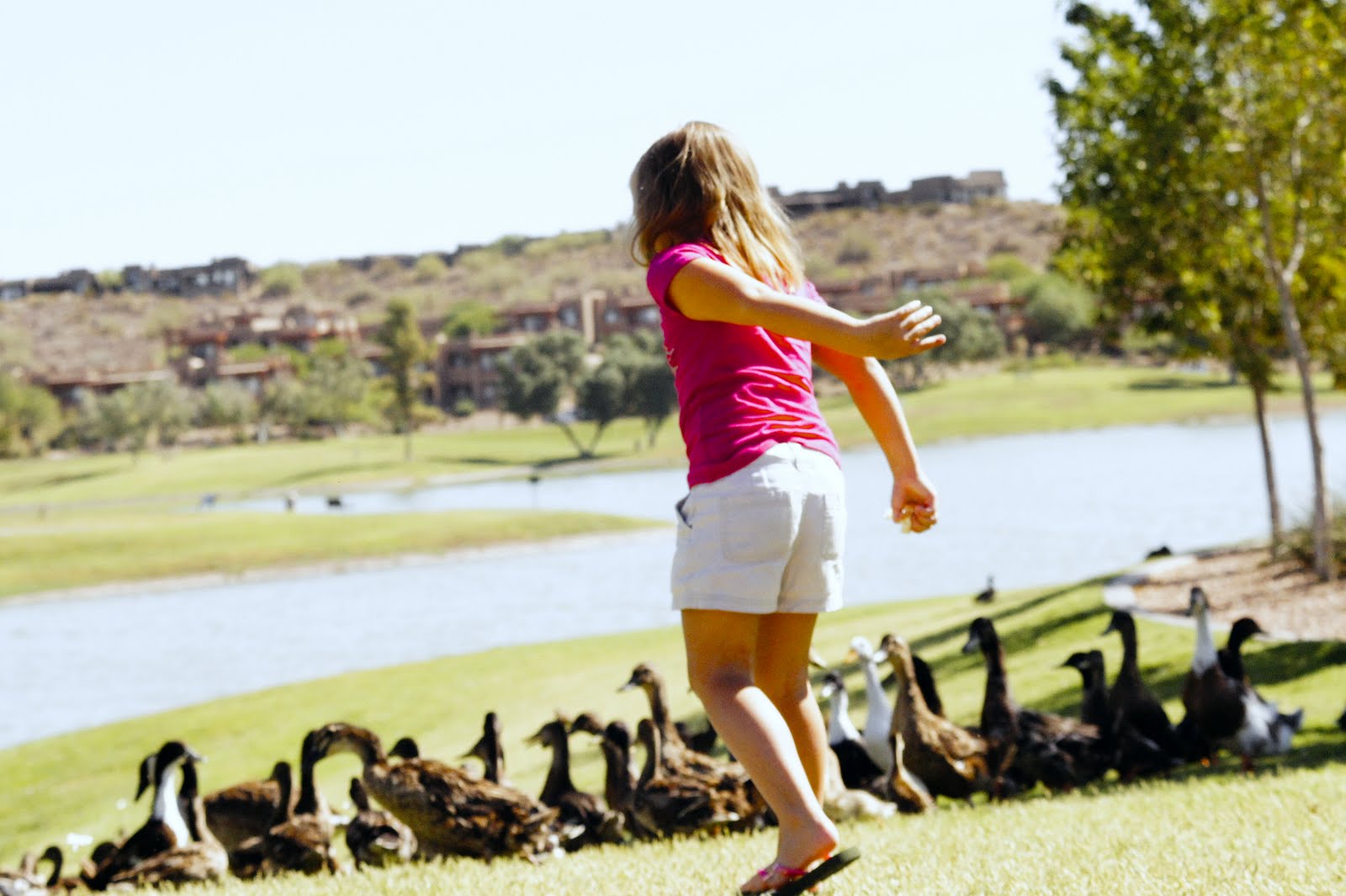 There's something so endearing about ducks - especially the babies.

I have ten of them now. Babies that is. Nine hatched under the mother. One egg got kicked out of the nest and he struggled for a couple of hours trying to get out of his shell. I read that if they are too weak to get out on their own, let God sort it out.

I could not help it though so I brought him in the house and peeled the little quacker out of his shell. He gained his strength on a plastic bag covered heating pad and he is now out with the rest of the mob. He is bigger than the rest after a week now so I guess I did good. 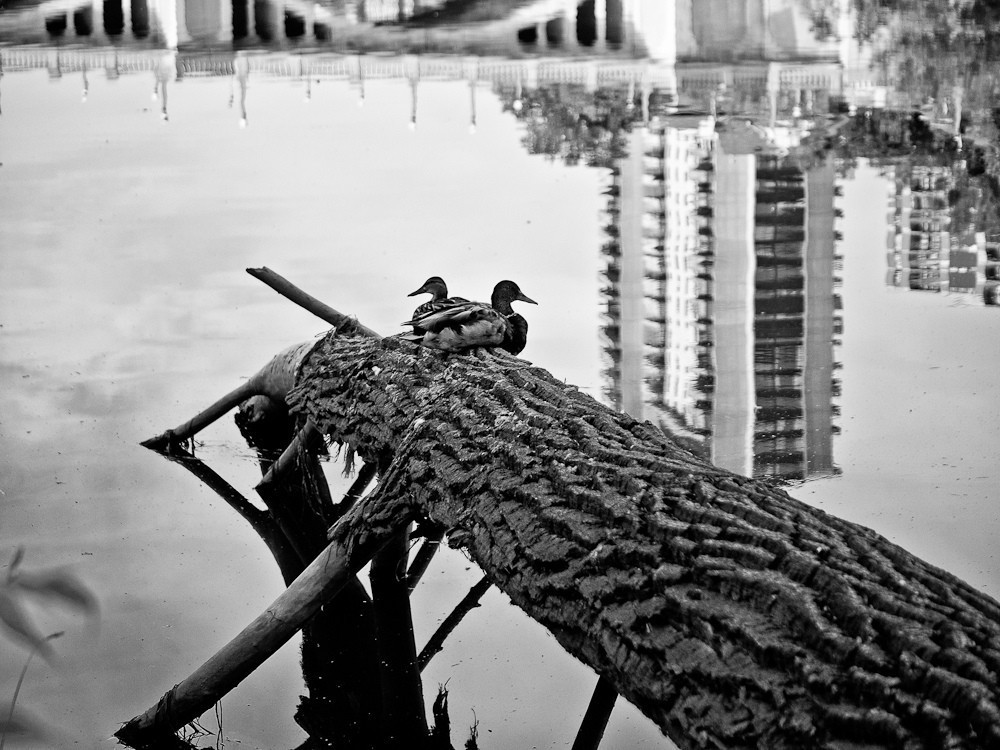 and the colour version. Couldn't make up my which I liked best. 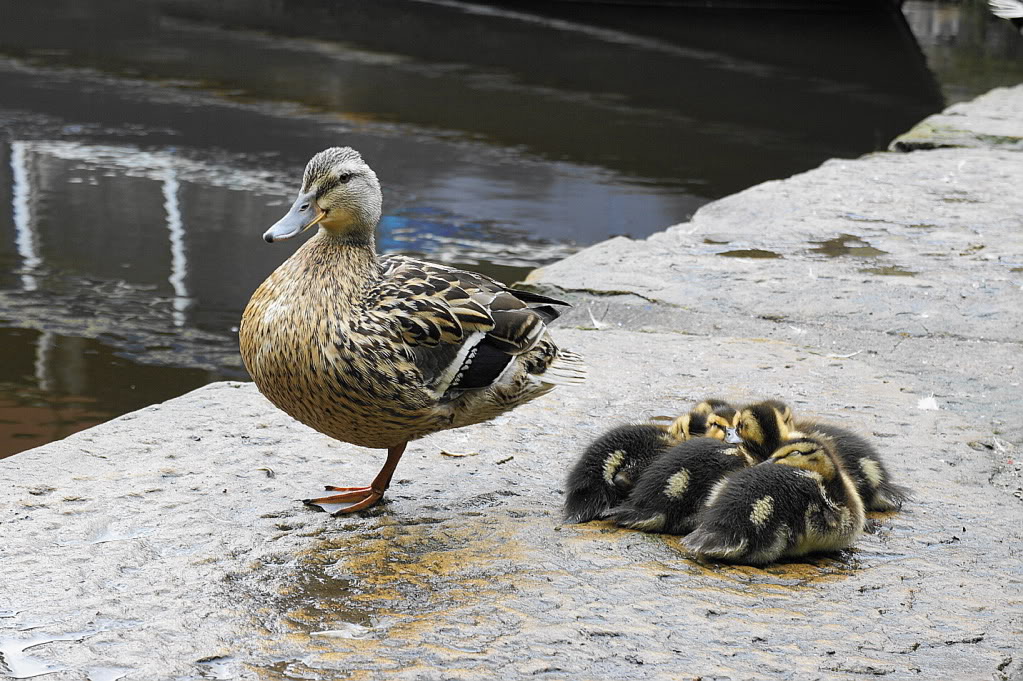