This is a continued conversation from the following thread that I decided to give its own thread rather than bring the "Leica M Image Thread" to a tangent.

I had a few friends (not really photographers) and some online give me input. Pretty much got voted across the board.. so no clear winners .. hahahaha. So i'm going with one that slightly got better receiving and another from just instinct.

I generally shoot to tell a story... so often places like this (high touristy areas with exhibits) make me feel like I'm shooting a statue or a car. So I started looking for frames that would be non-typical for this place; Locks, Switches, the lonely dust pan surrounded with debris, cart from below, and light patterns (as you picked up on in one of your choices). The two that spoke to me loudest are the first two I posted; after all its what prisoners saw day after day. Of those two, I chose the same one you chose. Seems to have a story buried deep within and for me the light brought a little "life" into the dead empty cell.

For me, it still didn't "feel" right. So I spent a bit more time in post to give that feeling I was after. A bit too warm... kinda like a living room but messy. Blue cast in the overhead light was also bothersome. So this was the result: 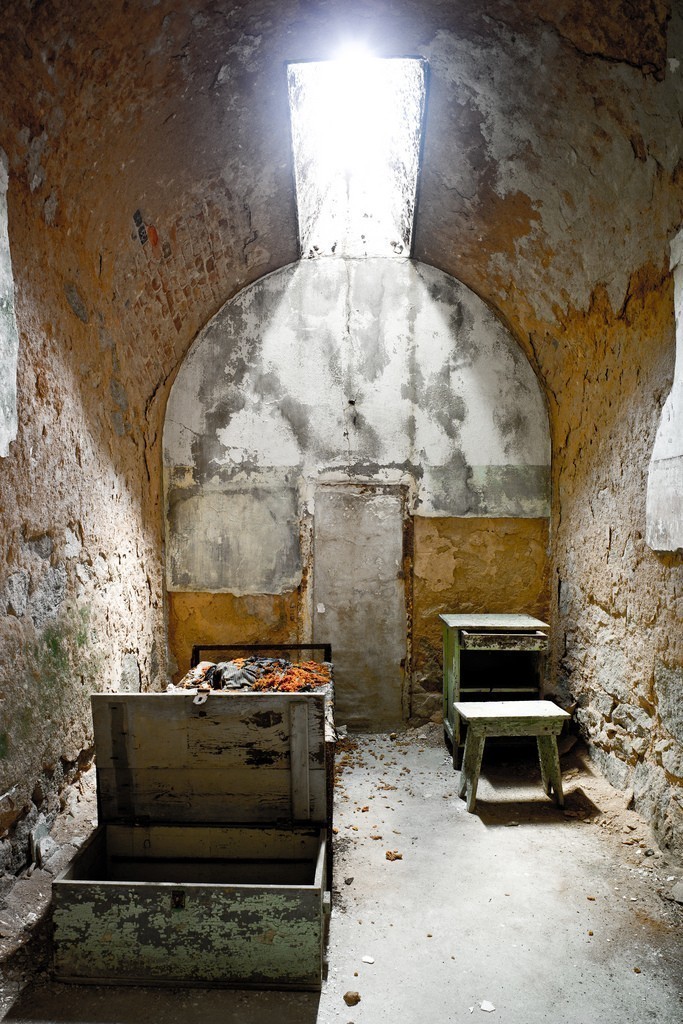 The second chosen received slightly more attention. I do like it but it reminds me of the typical composition that I used to do quite a bit of in college. Combining perspective and a tiny bit of foreground to convey depth followed by a little something as a subject. I tossed it up a bit by shooting a wider aperture to shorten the depth rather than stopping down for max DOF.... its subtle but I didn't want the eyes wander too far down the corridor. 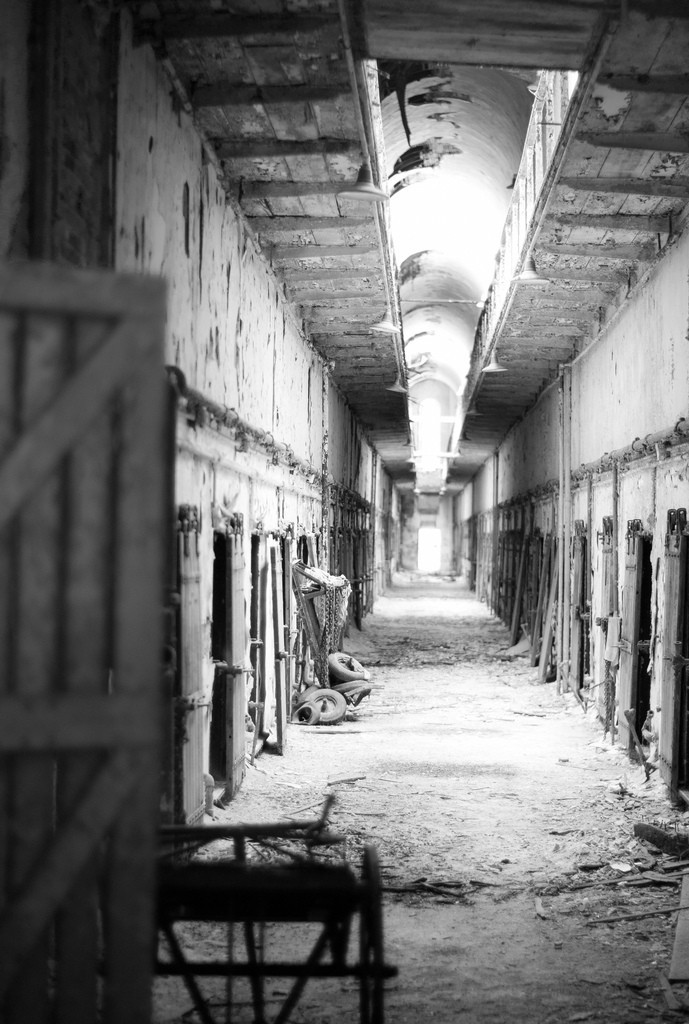 If I were to pick a third with a central subject, I was going with this one. The stool near the radiator reminds me of a lost soul sitting nearby in a desperate attempt to stay warm. Maybe I couldn't convey it very well.. but I still like it. I had to actually sneak my tripod past the barrier and lean way over to get a good vantage point. Shot with a 50mm. 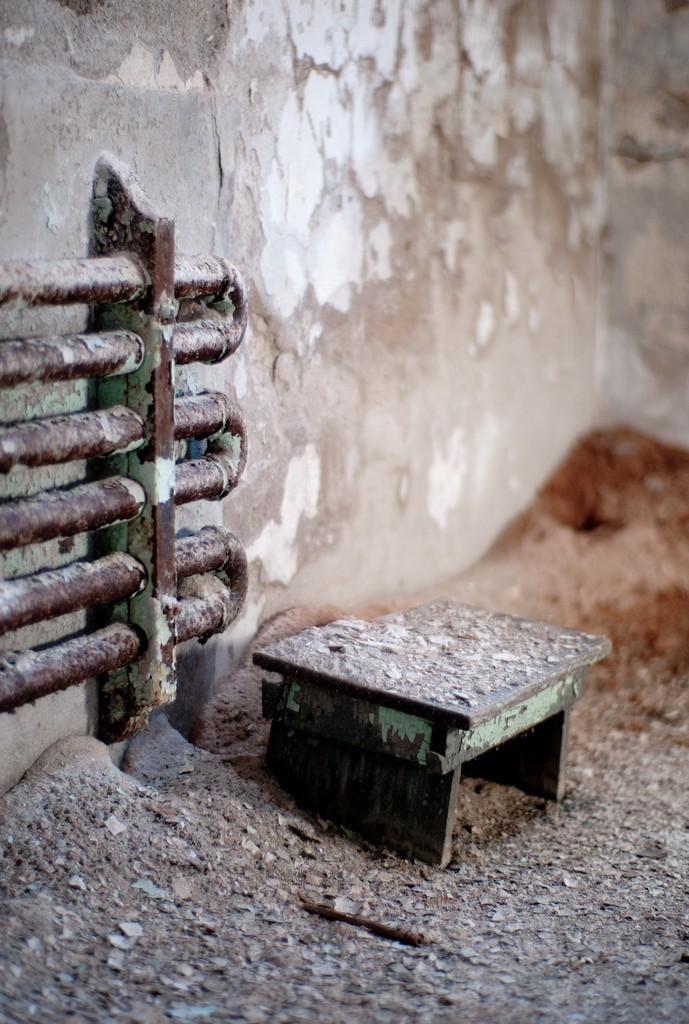 I wouldn't mind going back to shoot more. The place is huge and it has a lot to offer in terms of historical importance. Photographing it is a bit of a challenge. Lighting was difficult... in some places non-existent with exposures on the order of seconds with me filling in shadows with a mag light. Lighting that does exist are those horrible fluorescent work/warehouse lights that give off strong casts. Other shots were in between bars, barriers, and tight quarters (24mm elmarit and 12mm Heliar used quite a lot) in very dusty conditions. I wanted to get closer for more subject manner shots but most of the interesting ones were behind barriers to protect the ruin. A few hours later, people start showing up with further complicates things. All in all.. good fun.

Again... to all that commented . thanks.

Interesting place to visit and very good captures. I also saw it on the m8 posting...
T

but I wouldn't want to live there

WOW !!! Those images look fantastic!! I SO want to go there and spend the night ghost hunting!! How cool would that be!

Andy, there are ghost hunters there all the time.
If you come to try, my home is yours and 20 minutes away.
Don

really great stuff here Andy:
makes you think and ponder of all the happenings and events that were around each photo.
Keep em coming....thanks
Pete

These places are creepy, make for great TV ghost/haunting shows.