MiguelATF said:
I have to agree with William and Luke and Andrew - about the slow and supposedly inferior Olympus 17mm f/2.8 - I owned two, briefly, on and off - and both times, the copies of the lens I had were astoundingly sharp and generally wonderful. That's the dreadful part about reading a thread like this - it makes one start thinking seriously....about how great some lenses are --- and from then it's but a hop, step and a quick jump to feeling one should re-acquire one.

I would respectfully disagree with your last statement, which by the way totally amused me (because it was so true, probably!) - about it being, in a way, embarrassing, to consider buying lenses which are so close as to almost be overlapping. Because, though they are....they're also not. In my case, like you, I'm more than happy with my 15mm PanaLeica f/1.7, a lens I love so much that it has more or less acquired a permanent place on my Pen F. But the tiny Olympus 17mm pancake is different (at least, this is the rationale that I've come up with!) because a) it's sooo thin and tiny, and b) somehow it seems to 'mate' perfectly with the first several generations of digital Pens (the E-P1, the E-P2 and the E-P3). In fact, one of the copies I previously owned, I acquired because it had been attached to a beautiful 1st-gen E-P1, and seemed to almost be part of the camera. (So much so that Olympus actually made a standalone OVF for it, and occasionally sold the E-P1 + the 17mm pancake + the OVF as a kit.)

This wayward theory - that some lenses seemed originally to have been designed to go with certain camera bodies - is not original with me, by any means. I first heard it from several fine photographers (one of whom actually also owned a nice copy of the 17mm pancake which stayed permanently on his E-P1 as well).

So (this was all a long-winded wind-up to a confession, by the way), I couldn't resist the impulse - and have just bought my 3rd copy of the 17mm f/2.8 - which I suspect may become semi-permanently attached to my E-P3.

I think I was lucky, but the one I just purchased cost me considerably less. And the owner also threw in a nifty accessory - the Olympus LC-37C, an auto-opening lens cap which Olympus designed and manufactured, originally for their tiny 14-42 EZ pancake zoom, but it also works nicely with this lens as well, according to the gentleman I purchased the lens from.

I'll report in the not-too-distant future how this - my 3rd copy of the same lens - pans out. But if it's as good as the previous two, I have a feeling I may hang on to it for a long time

My slow-but-tiny pancake Zuiko f2.8 lens arrived today - I have a feeling it may spend a great deal of time semi-permanently attached to the E-P3--- 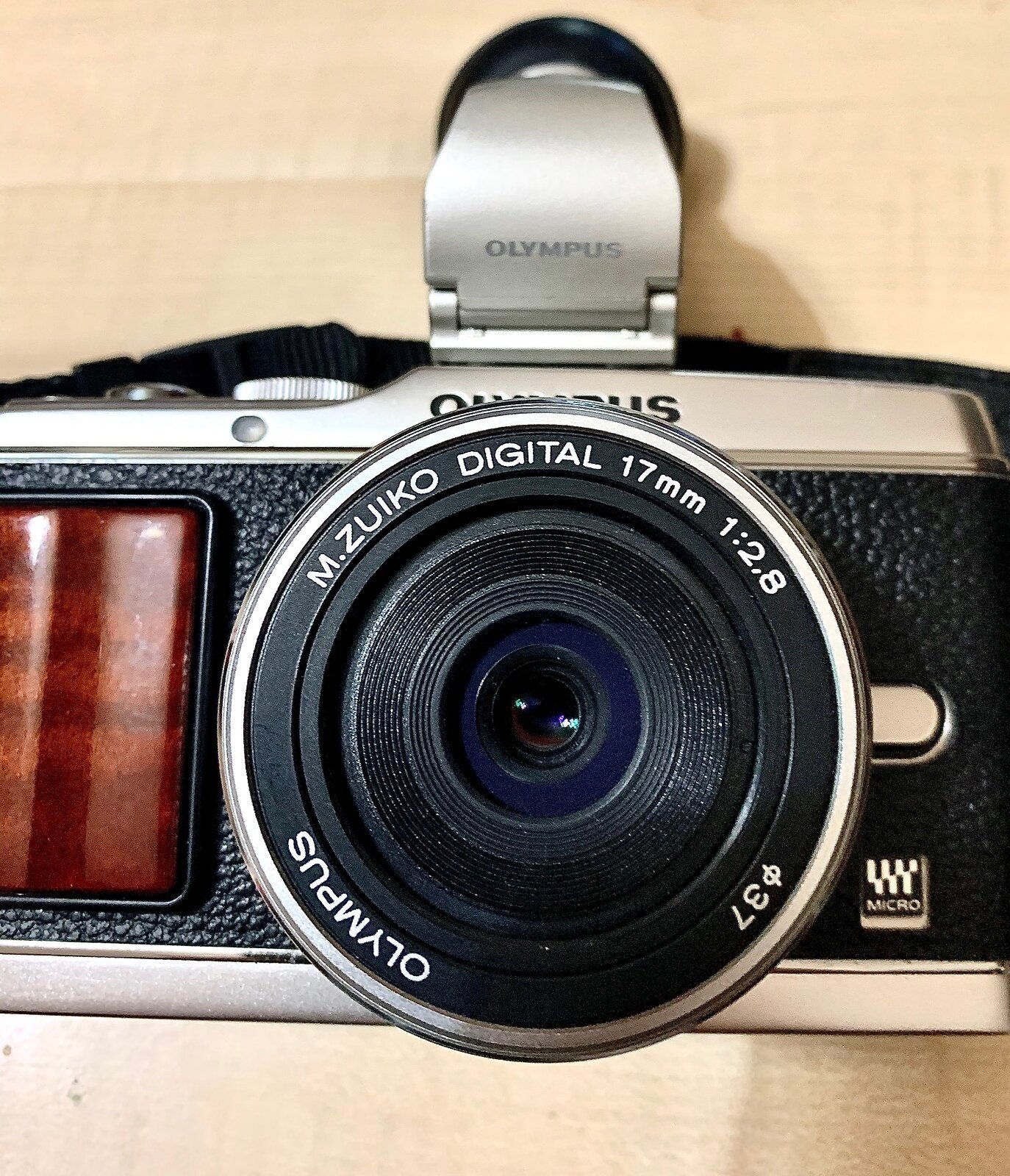 Of Primes and Men