Just to let you know: I'll shoot another "one film frame a day" photo challenge throughout January '18, alongside the SiJ ("Single in January") challenge on SeriousCompacts.

I'll use the Lomo LC-A 120 with expired (but well kept) Fujifilm Acros 100. You'll get daily documentary shots from the Nikon 1 V1 I'm using for SiJ '18 ... I'll try to include the camera and (part of) the subject of that day's frame.

Well, Matt, as I have just loaded a roll of Rollei Retro 400 in the Ricoh 500G, I will try to do something similar. Wish me luck!

theoldsmithy said:
Well, Matt, as I have just loaded a roll of Rollei Retro 400 in the Ricoh 500G, I will try to do something similar. Wish me luck!
Click to expand...

Will do - and am of course in need of the same

That said, just arrived in Vienna today and already loaded up the M4-P with Ilford Delta 400; the Mamiya 6 MF is next, probably with 400 ISO colour film (I have both Fuji and Kodak stocked), depending on the weather ... I think I'll best wait and see tomorrow morning and flip one in on the go if conditions seem right. I have two rolls of Acros 100 in reserve - but would prefer the colour films to offset the Leica ... plus the Acros is meant to be a refill for the LC-A if push comes to shove (i.e. I run into an opportunity for super-wide shooting I just can't resist).

I'm also a bit angry with myself because I actually managed to pull in the leader of one of my rolls of Delta 400 - and I left my leader retriever at home ... Such things just don't happen, except if they do

Okay, this is where I took my first FiJ shot: 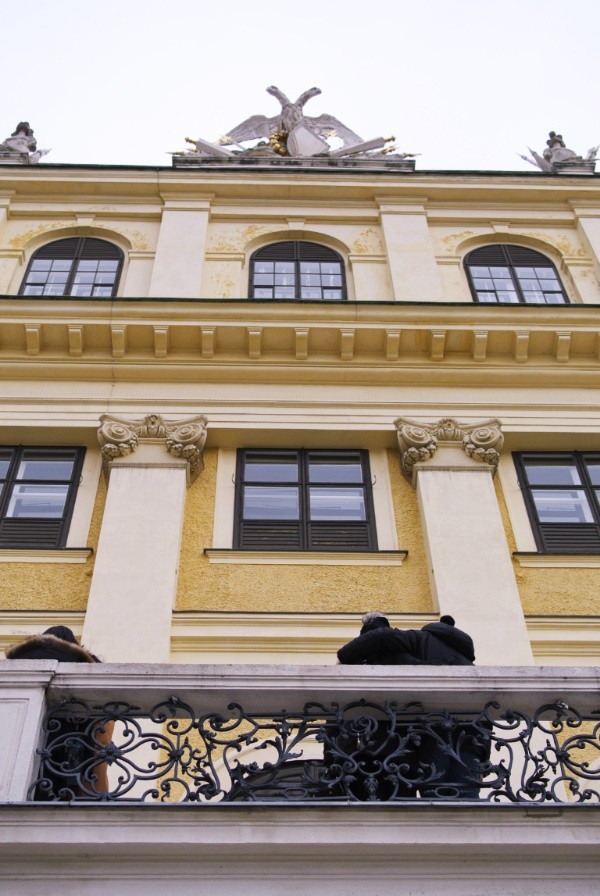 There'll be one of those (digital) shots every day if all goes to plan. You can then compare the final images (which will be quite different due to film - b&w - and FoV).

A little bit of "art nouveau" in Vienna - with some funky, though mostly derelict shops at street level. This was where I took today's shot. 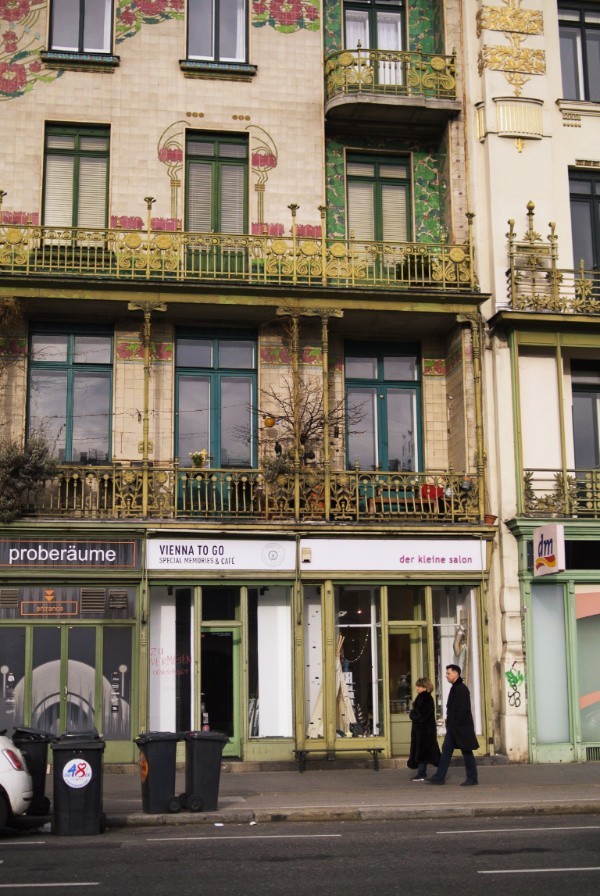 But, crucially, I got the shot.

What a dismal day! It was wet, rainy, and instead of shooting, I had to get the car fixed (something minor, but time consuming nonetheless). It was windy and raining all the time; the shot I tried may well have failed - we'll see after development.

Anyway, I actually did document the spot I chose: 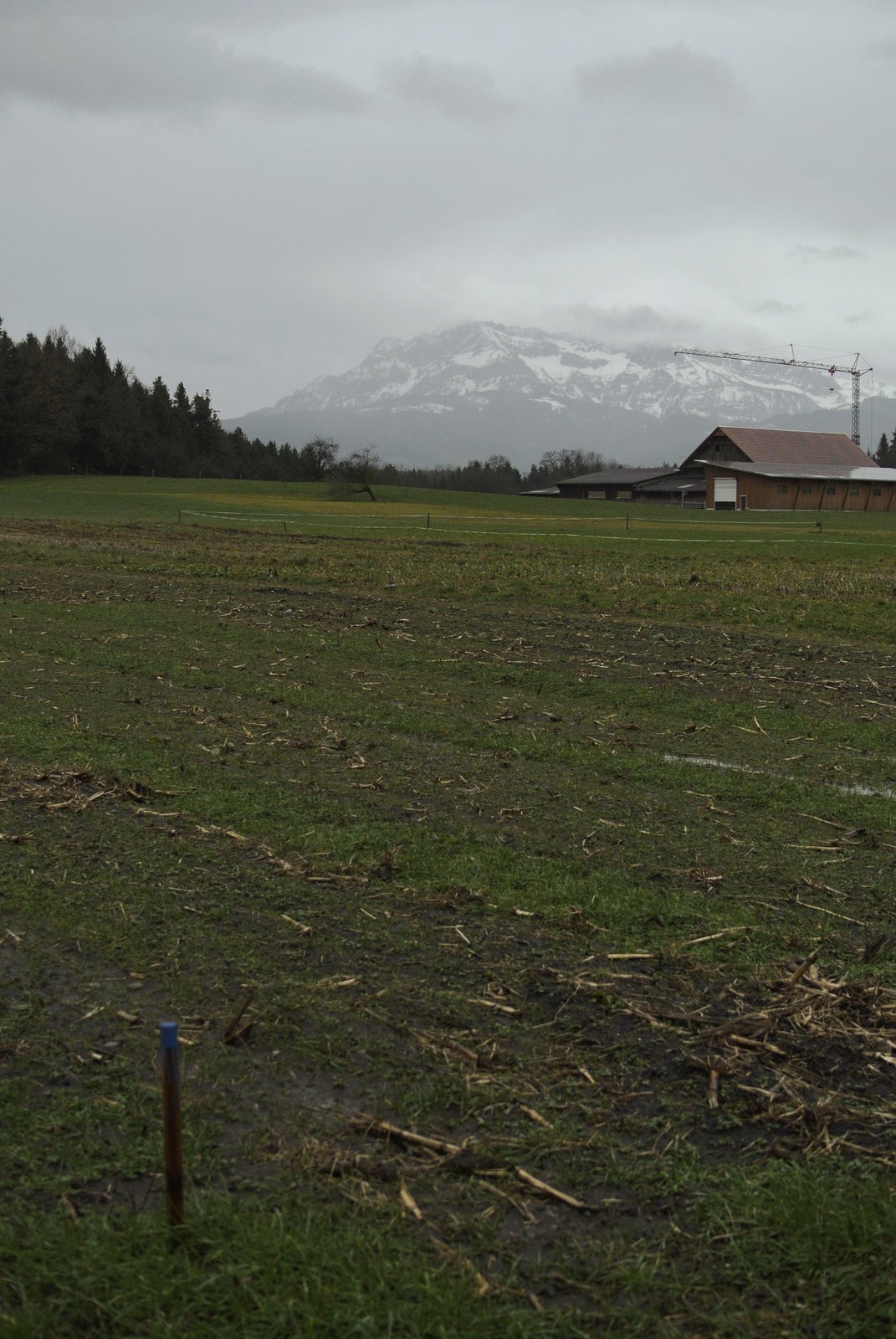 (Sorry, forgot to resize, will do so again tomorrow - and probably replace this image as well.)

Epic fail so far. I got a few shots on day 1 but since then it’s been a struggle to get the digital shots, never mind film. I have 3 days off work now so we’ll see what transpires.

theoldsmithy said:
Epic fail so far. I got a few shots on day 1 but since then it’s been a struggle to get the digital shots, never mind film. I have 3 days off work now so we’ll see what transpires.
Click to expand...

Thanks for keeping me company, anyway I wasn't really successful up to now, either - but mostly because I was struggling to keep a whole lot of balls in the air, so to speak. I'll finish a couple of rolls in the next few days, after that, I'll be more focused. It's mostly the aftermath of the holidays that needs clearing up. Today's shot was a lot more fun - I'll post documentary later (maybe only Sunday - time's a bit tight tonight and tomorrow). 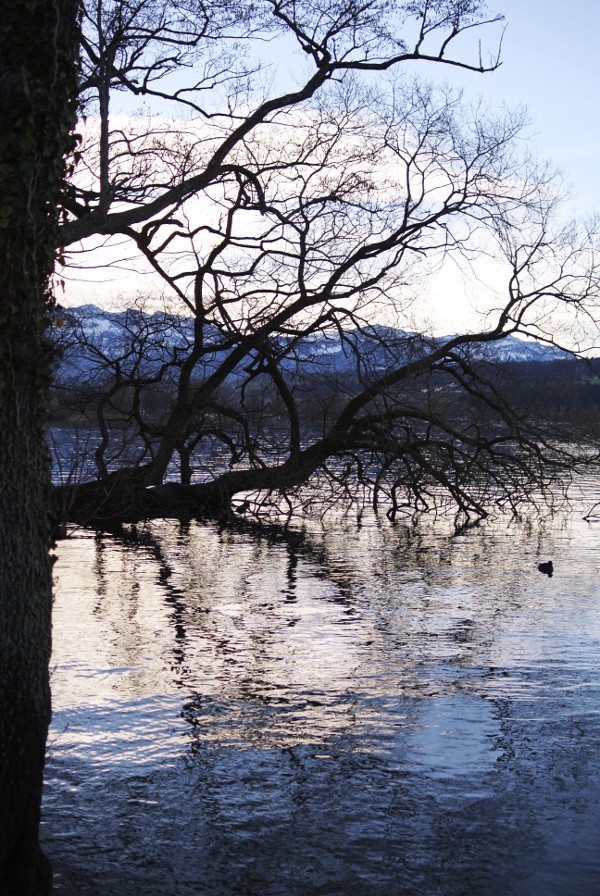 Lovely tones, I love how the colours move in this composition! Beautiful.

Cerita said:
Lovely tones, I love how the colours move in this composition! Beautiful.
Click to expand...

Thank you! And yet, this is a pretty lowly (by today's standards) sensor ... 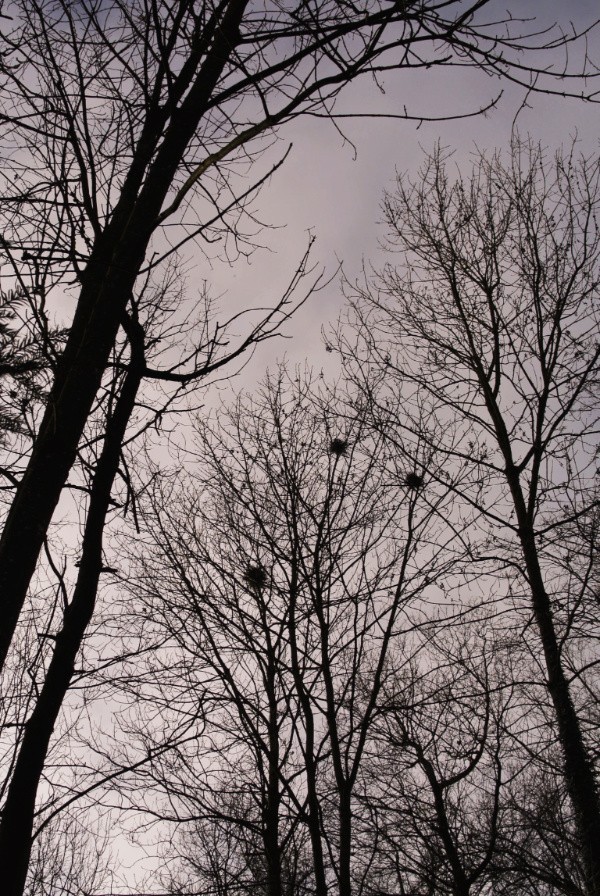 Wow, also quite lovely! What camera are you using? The sensor renders almost Portra 100 colours, like this one. This would be a beautiful P/P print.

That's a Nikon 1 V1 - the first generation 1" interchangeable lens camera from Nikon, 10MP. Yes, it's a very nice sensor, in spite of all technical reviews.

In a way, it's almost Leica-like - simple, straightforward, sturdy. But technically, most 1" point and shoots nowadays can do more - not that I care because the combo (I own only a single prime - 50mm-e) is so capable.

Alas, ths camera's obviously on its way out - it has started to act up. But I'll use it till it breaks. Anyway, I had to use a somewhat limited app - Polarr - to do post because the NEF (RAW) files were both corrupted and my usual software (darktable) wouldn't touch the files - and ACR couldn't salvage them; it doesn't happen to all files (yet), but I think I've had to use Polarr for all posts in this thread. Thankfully, if you know what you're doing, Polarr is a quite solid piece of software. It's a crutch, but a handy one, and nice enough to use.

Hi Matt,
Nice to see you going on with the challenge, nice spots there.
As for me, this year I'm skipping the SiJ, a lot on my hands right now.
I'm actually in Switzerland for the day: where is the winter?

José said:
Hi Matt,
Nice to see you going on with the challenge, nice spots there.
As for me, this year I'm skipping the SiJ, a lot on my hands right now.
I'm actually in Switzerland for the day: where is the winter?
Click to expand...

Up in the mountains, fled before the storm It'll be back next week (getting colder every day).

Where exactly are you staying?

I'm in Zurich, writing from the airport. Some beautiful light during parts of the day.

I was walking around for a couple of hours - it's true. But the most moving moment was me running into a couple of deer; I saw them soon enough to freeze and watch - they did the same. As soon as I made a single small step, they took off and fled - towards the open field, but they stopped and watched again. I was in no position to take an image of the second "eye contact", but I tried to catch one of the first encounter. Of course, not on film - a 21mm-e lens isn't condusive to a 30mm subject distance ... (not that a 50mm-e was much help ...).

Anyway, I also came across some really impressive storm damage - I had read about this, but not seen anything this bad before. So, this is the point from which I took today's film image. 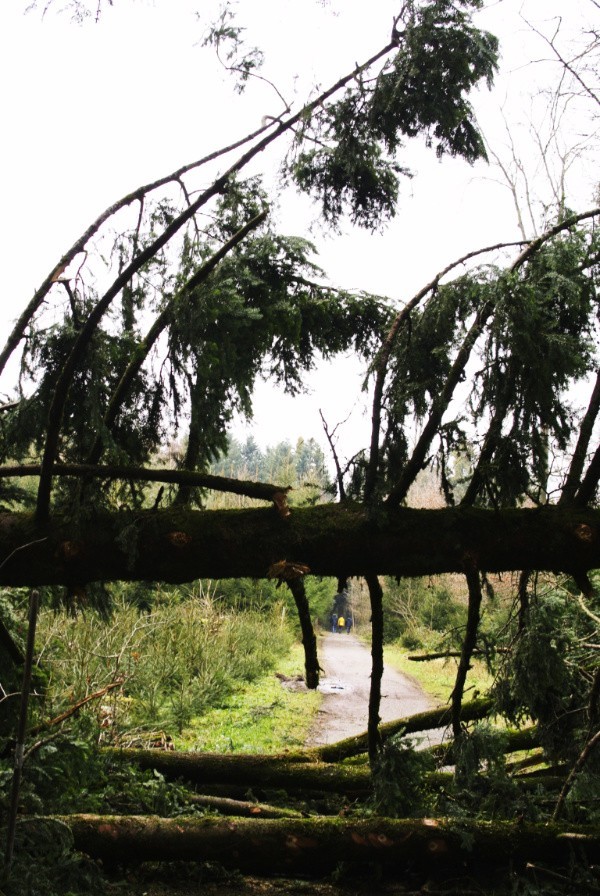 Sort of continuing along the same theme: 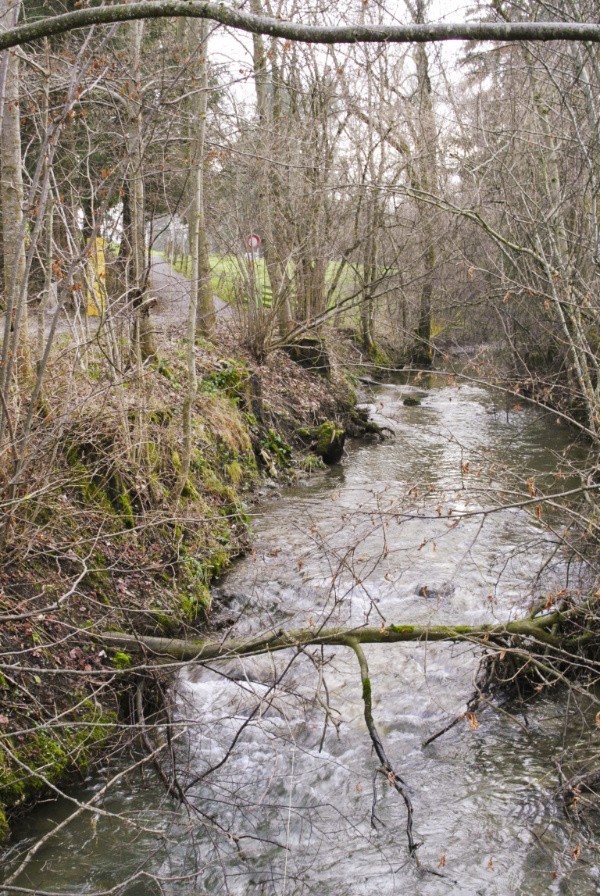