Fuji First Day out with a Fujifilm Finepix X100

Today was First Day out with a Fujifilm Finepix X100:smile:
I ordered it from Japan since I wanted it for my trip to Italy and I leave this Wednesday, too late for B&H order even if it was available in the US this week.

So this afternoon I shot with it for the first time. I just received the camera day before. First thing I did was upgrade the firmware to the new 1.01 version that just came out this week then I played around with it trying out the settings the previous night. It is the first camera I have had in recent times that I have had to read the manual in order to figure things out, but that's a good thing.

First thing I noticed was how light the camera is, yet it is not tiny. The faux leather feels a little funky but not bad. It is nice to have all the buttons and dials it feels like a "real" camera. If you have seen photos you know it looks sort of Leica-ish. But because of the light weight it does feel like an M8 or M9.

There are 3 options for viewfinder optical, electronic and LCD and it's easy to change between them. The camera can be silent and that is how I like to shoot, this is probably my favorite feature.

The two negatives are it is slow writing to the memory card and I was using a fast 45 MB/s San Disk Extreme Pro and when it goes into battery save mode it takes forever to come out and I find it easier to switch the camera off and on.

Today (Saturday) I went on a photo walk organized by Mostly Photo Podcast on the Twit network in New York City with about 35 other photographers. I shot with the X100 and a GF1 too. 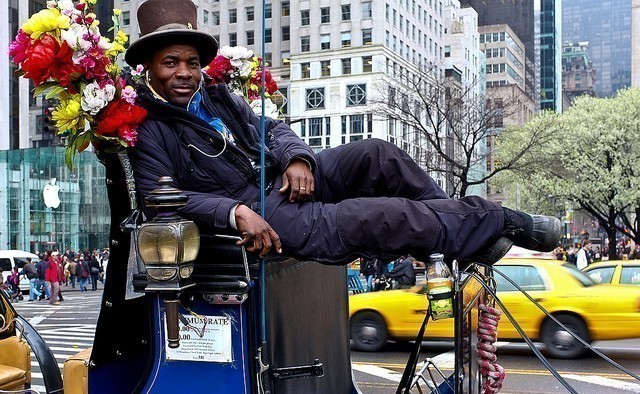 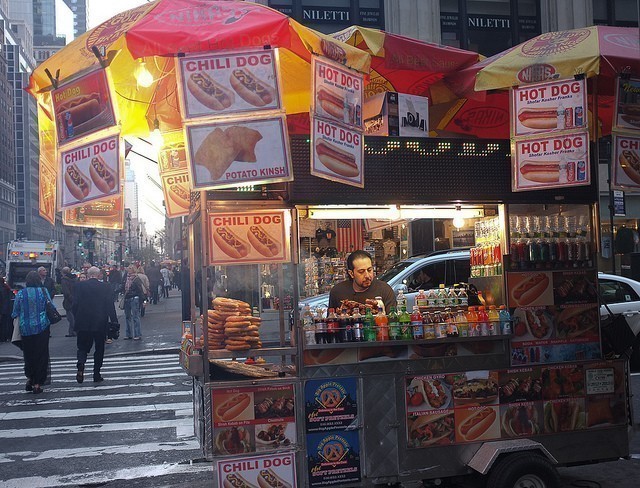 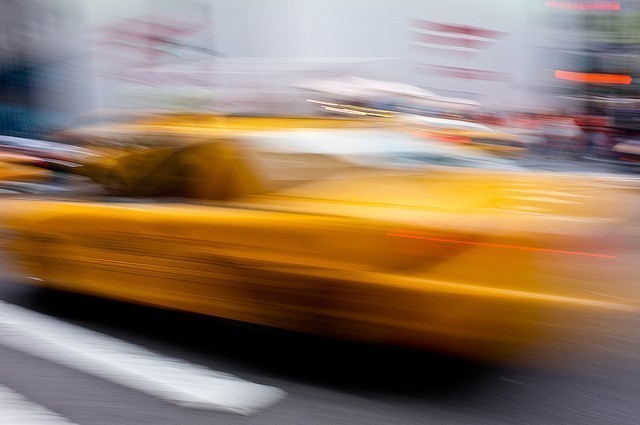 Not sure if the feeling I'm currently experiencing is the product of one too many Easter eggs or pure and simple envy. I'm thinking the latter

Congratulations Lisa! I know how much you wanted it before your trip and buying from Japan sounded like a good way to go if you can work out any warranty issues. I might have done that if I hadn't lucked into one from Canada.

Its a really fun camera. I'm surprised you find it feels so light to you - I guess its where you're coming from. Coming from mostly m43 gear and other small cameras it doesn't feel particularly light to me. But if you've spent a lot of time with Leica's and DSLRs.... Size and weight feel a lot like the GF1 to me, which always seemed very solid. Its a really fun camera to shoot with and grew on me a lot after the first couple of days of acclimation. I like your first shots from NYC, but really looking forward to seeing your Italian work when you get back!

Really nice set of shots. Congrats must go to the photographer as well as the new camera!

Lisa, your pictures make me smile - thanks so much for both the taste of Manhattan's street life and your X100!

Nary a single Easter egg for me yet so I know that my excitement is not from a sugar rush.

You know the next time you're in the city, you really ought to find that hansom cabbie and give him a print. That shot is a wonderful, and you know he'd love it!

Lisa - Very nice work. I'm still hoping my X100 will be here this coming week from B&H. Oh well. 'Glad you had the opportunity to give it a test drive.
. . . Burkey

interesting (rich) colours - which sensor have Fuji used - is it one Fuji have developed?

BillN said:
interesting (rich) colours - which sensor have Fuji used - is it one Fuji have developed?

(looking and these shots and those that Ray has taken - the colours from the sensor are really strong)
Click to expand...


I don't know how much is sensor and how much is jpeg engine. The "provia" setting doesn't come out all that strong. The "velvia" is wickedly saturated, so a lot of it is clearly the processing. That said, there were only a couple of shots where I thought velvia was TOO strong and I tended to use it quite a bit. I even assigned the fn button to 'film' settings quite a bit of the time.

I am looking forward to the 3.4 Lightroom update which is supposed to have support for the Fuji RAW (.RAF) files. These were out of the camera JPGs (which are the standard Provia setting) and I am really a RAW shooter.