Just found the first pictures online of the new Canon G1X mark 2. While the specs sound very nice (large sensor, 24-120 lens with 2.0-3.9 aperture) i am a little disappointed that Canon decided to enter the "smaller is better' race by the looks of it (probably to compete with the RX100). I Would have preferred something in the style of the current G series. Seems they lost the exposure compensation dial for instance, as well as the control wheel in front of the shutter button, although I also think from looking at the pictures they included a ring around the lens which is probably customizable (I am guessing here but just take a look at the pictures and tell me what you think). I am glad they changed the swivel screen to a tilt screen, for me personally that works better, but that is just my preference of course.

Anyway, link for the pictures:

The new lens is pretty epic. Wider, longer, 1-1.5 stops faster, but I'm not sure about the rest of it. I'd be particularly disappointed about the switch to a tilt-only screen, since there are already about 20,000 cameras with tilt-only while tilt/swivel screens are becoming increasingly rare. The handling of the existing G1X is also about as well balanced as I have found, and this looks nothing like it. I would have been inclined to call this something other than G1X MkII since it is such a departure from the original.
P

Luckypenguin said:
I would have been inclined to call this something other than G1X MkII since it is such a departure from the original.
Click to expand...

Agreed. I also quite like the handling of the original G1X. Never bought one as I was not too impressed with some other aspects (slow lens, slow AF, no 24 mm at thh wide end), so I was kinda looking forward to this one after reading the rumors last few weeks about the specs. It is a pity they let go of the styling and ergonomics of the previous model (or something like the G15 / G16 for that matter).

Looks like they shrunk the sensor a touch. 24mm equivalant at the wide end with a 12.5 actual focal length means a touch over a 2x crop, basically the same as 4/3.

Also interesting that they reduced the megapixels to around 13. I know it won't make a huge difference, but I expect it to hurt them when the Sonys are packing 20+ mp.

Yuk. I don't know if it's just me, but at the moment camera designers appear to be working while wearing Willy Wonka spectacles. First the new Sigma DP, now this... proportions and ergonomics seem to have been ditched, presumably for functionality. All a bit Pete Tong...

Amin Sabet said:
Looks like they shrunk the sensor a touch. 24mm equivalant at the wide end with a 12.5 actual focal length means a touch over a 2x crop, basically the same as 4/3.
Click to expand...

Not only the sensor size resemblance ... but this camera looks like a Pany GX1 too!

Given a sensor that is close to 4/3 size, I agree with Nic that the lens specs are epic for such a small package. I've always liked the Powershot G series and will probably buy this if the AF speed is snappy. I think it's good that they dropped the lousy OVF. It wasn't very usable (to me) anyhow.

The old OVF was truly awful, but the reduction of the overall proportions is what concerns me. It will be a little pocket rocket, but it won't be anything like the original G1X. I'm sure that many thought the current G1X was too big so this would fix that. Think of the progression from Panasonic GF1 -> GF3. Thankfully it does have a flip-up selfie screen (phew!). Lens specs are awesome assuming it stands up to the sharpness of the original.

I like the lens range/aperture. If they fix the af speed, it can be a popular camera...

Does the new lens make the apparent size of the camera deceptive? It looks narrower than the original...but the measurements say that it isn't

Camera width is same for both, but the bestbuy photo is smaller with the new one, so at least lens size might be similar / 1.3mm more depth w/ new one: 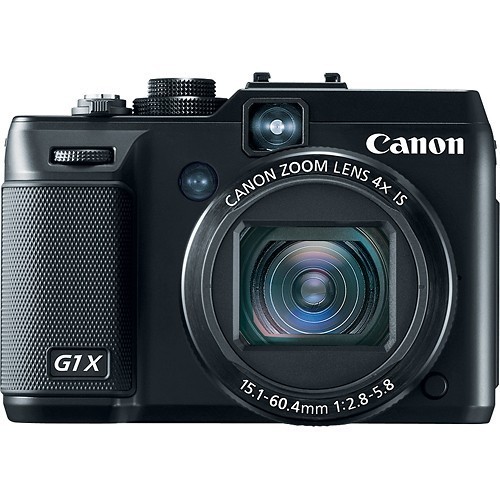 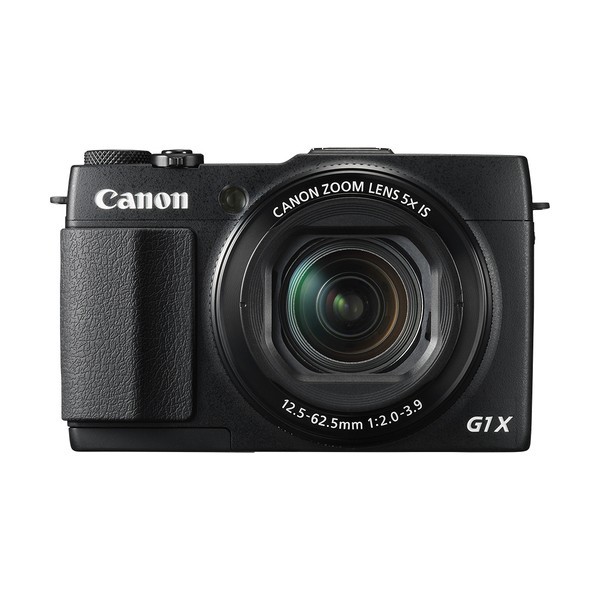 It's the rear of the camera that had me thinking it was narrower too. Some width that was previously taken up by the screen hinge is now just an unused blank strip to the left of the screen. There's meant to be a hinge, dammit!!!

Nice to see that some sort of macro is possible and that focusing speed is improved.
Using less of the sensor to create the image rather like Panasonic did in their LX3/5 in order to maintain aspect ratio seems to be a sop to the marketing men who can then claim an increased focal range.
The reality is probably that the lens is much the same as before ( although I can't find the specs yet ) and I wouldn't be surprised if it weren't the same sensor just cropping to fewer pixels.
The loss of even the limited viewfinder in exchange for a clumpy add-on looks like another money grabbing trick that Leica have used to good effect on me in the past.

I know that I've I've something special with my G1X and it would be difficult to top it for IQ.
Looking forward to the reviews but it won't be on my shortlist.

nippa said:
The reality is probably that the lens is much the same as before ( although I can't find the specs yet )
Click to expand...

It would be interesting to see if it's the same old lens design.
The change in zoom range and aperture ....... could that not be simply the effect of cropping to a smaller part of the sensor?

I'll be curious to see how fast this lens stays through the zoom range (specifically at 35mm). I am quite addicted to my E-M5 + 17/1.8, but if the G1X part deux is competitive it could efficiently replace a small bag full of m4/3s gear.