For wildlife photographers: figure of merit calculations for various cameras (it's about reach!)

In trying figure out whether the FZ1000 would offer more reach than the FZ200 for wildlife photography, I stumbled across this thread Comparing Superzooms by a Figure of Merit: FZ1000 vs. FZ200: Panasonic Compact Camera Talk Forum: Digital Photography Review which provides a mathematical way of factoring in equivalent focal length and megapixels to compare the "reach" that cameras could have.

The calculation is explained here Figure of Merit but basically it is equivalent focal length squared multiplied by the number of megapixels.

I worked through the math for a variety of configurations, and (if I have the figures right) here are the results (the bigger the number, the better the reach):

and the winnah and champeen of da woild:

Supporter
That's quite a clever system. I understood the underlying principles before but I never put it all together like that. The only weak spot is that not all pixels are created equal - or more accurately, not all lenses channel photons into pixels equally well.

that post was too wordy for me to read, but it seems to me that the size of the sensor should factor in there in some way. Because 12MP on a small sensor is certainly not equal in any way to 12MP on a full frame sensor.....even using focal length equivalencies...... or am i wrong? Maybe what I'm getting at is what bartjeej mentions.

Luke said:
that post was too wordy for me to read, but it seems to me that the size of the sensor should factor in there in some way. Because 12MP on a small sensor is certainly not equal in any way to 12MP on a full frame sensor.....even using focal length equivalencies...... or am i wrong? Maybe what I'm getting at is what bartjeej mentions.
Click to expand...

BUT, if you have 12 mp on a tiny sensor vs. 12 mp on a full frame, there are going to be huge differences in sensitivity, dynamic range, color depth, etc. So if you need to photograph a black cat eating licorice in a coal bin during a total eclipse, you'll be better off with a full frame sensor. But if you have a bright sunny day, the differences might not be very apparent.

I do most of my wildlife photography during the daytime under good lighting conditions, so the N1 V3 looks like a winner to me.

Same lens - same distance - same tripod - as near as I could, same time, within the odd minute of each other

maybe I need to get the original files out as I have probably messed around in LR - yep the crops are difference - on the original the second moon image is bigger than the first as you would expect from a DX body
I'll try to post something a bit more meaningful, later

Supporter
Luke: as jock said, for cropping purposes, it's purely the number of megapixels that counts, provided they're sharp megapixels. Large sensors do play a role in this, but only indirectly; if the sensor area is larger and the number of pixels is the same, it's much easier for the lens to get each pixel sharp, because the pixel density will be lower.

Convereely, the higher the pixel density, the easier any bit of unsharpness in the lens results in unsharpness on the sensor. Imagine having to throw a pingpong ball in a shot glass or a bucket; the bucket is much easier to hit.

But if the lens is sufficiently sharp, it should in theory be able to provide perfectly sharp results on any number of megapixels regardless of sensor size. That is, until you run into the limits of diffraction, and diffraction is reached earlier on smaller sensors. But right now, I don't think there're many cameras that are diffraction-limited even at their optimum aperture. However, there are already cameras where the lens is not capable of resolving enough detail to use all of the sensor's pixels. 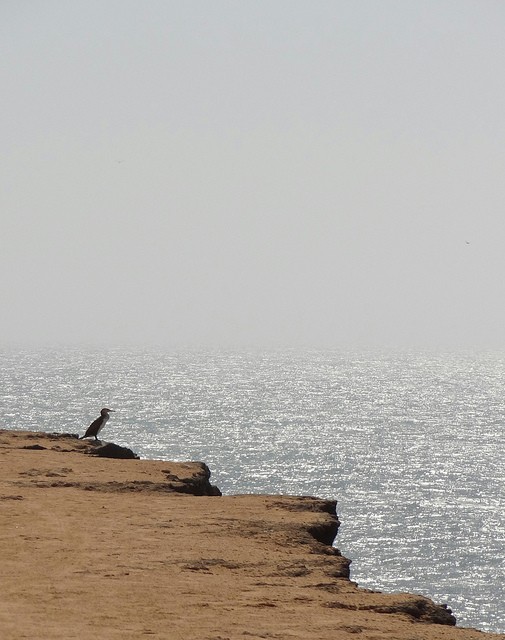 The authors of the formula put it this way:

"Because both the FL squared and the number of sensor pixels are each used in determining the number of pixels per square inch in an image, and because each one is independent of the other, the combined effect is determined by multiplying the two factors together. "

At the bottom of the paper, they add:

"Limitations of the FM

Uses for the FM are strictly limited to comparing the long-distance image capabilities of various digicams which have differing FLs and number of pixels. Further, the effect of lens quality, digicam internal programs, use or non-use of a tripod, and photographer expertise can also affect image resolution, but are not considered by the FM equation The FM is merely a mathematical formula for comparing telephoto capabilities of various digicams when all other factors are equal. "