Amazon has the EF-X20 in stock. That's the flash that matches the looks of the XPro1, and has that manual control dial on top. Here's a link from Fuji's website discussing the EF-X20, which can also be used on the X100, and even as a slave flash in conjunction with the X100's built-in flash.

Just use the affiliate link above, and do a search for "EFX20".

I never use flash and I still want it.

I got my EF-X20 flash today. It's such a cool looking flash! It'll definitely look good on the XP1, whenever I re-get one.

The EF-X20 is smaller than I thought. But even its small size overpowers the X100 given that the X100 is such a small camera. The EF-X20 works great with the X100 though. I took a couple of photos around the office and it makes a big difference vs. the X100's built-in flash (which is actually a pretty good built-in flash).

I'll try later using the EF-X20 as a slave to the X100's built-in flash, but need to learn how to do that first! I've never used a wireless trigger of a secondary flash. So it'll be interesting.

Very happy so far with the EF-X20. It also comes with a protective case. Nice touch by Fuji.

Here are some photos taken with the iPhone and heavily edited with Snapseed (to make boring photos a tiny bit more interesting). My apologies for my ever messy office.

This is the first time GAS for me spilled into flashes!! I hope it doesn't hit me too hard, otherwise, I may actually end up with a studio full of lighting in the next few weeks! 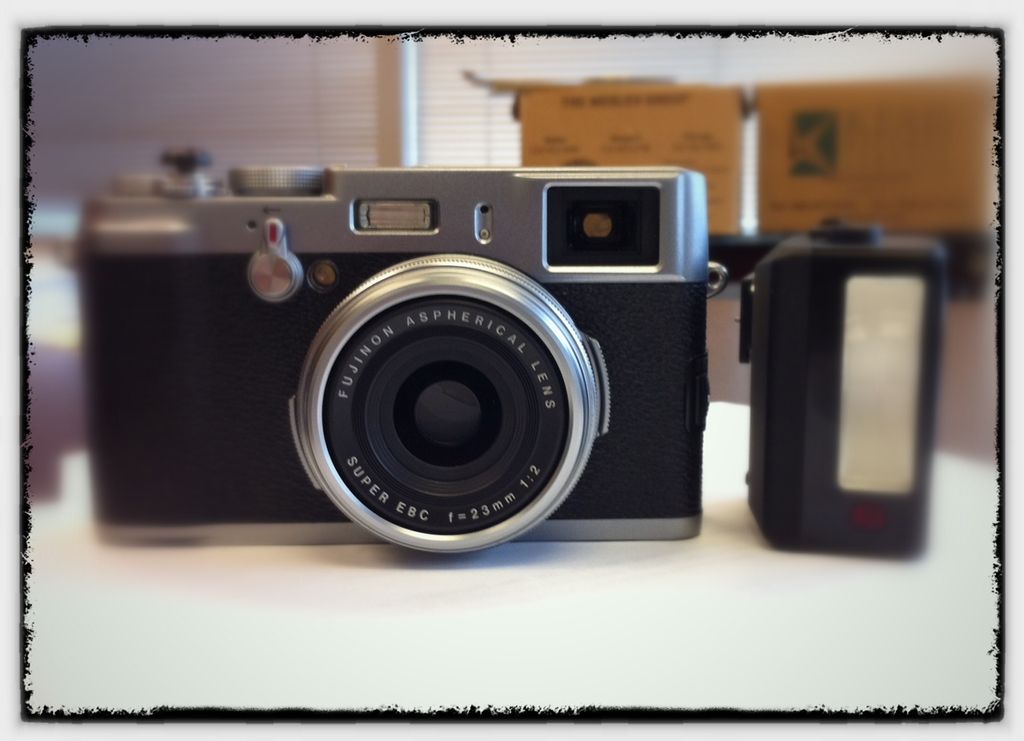 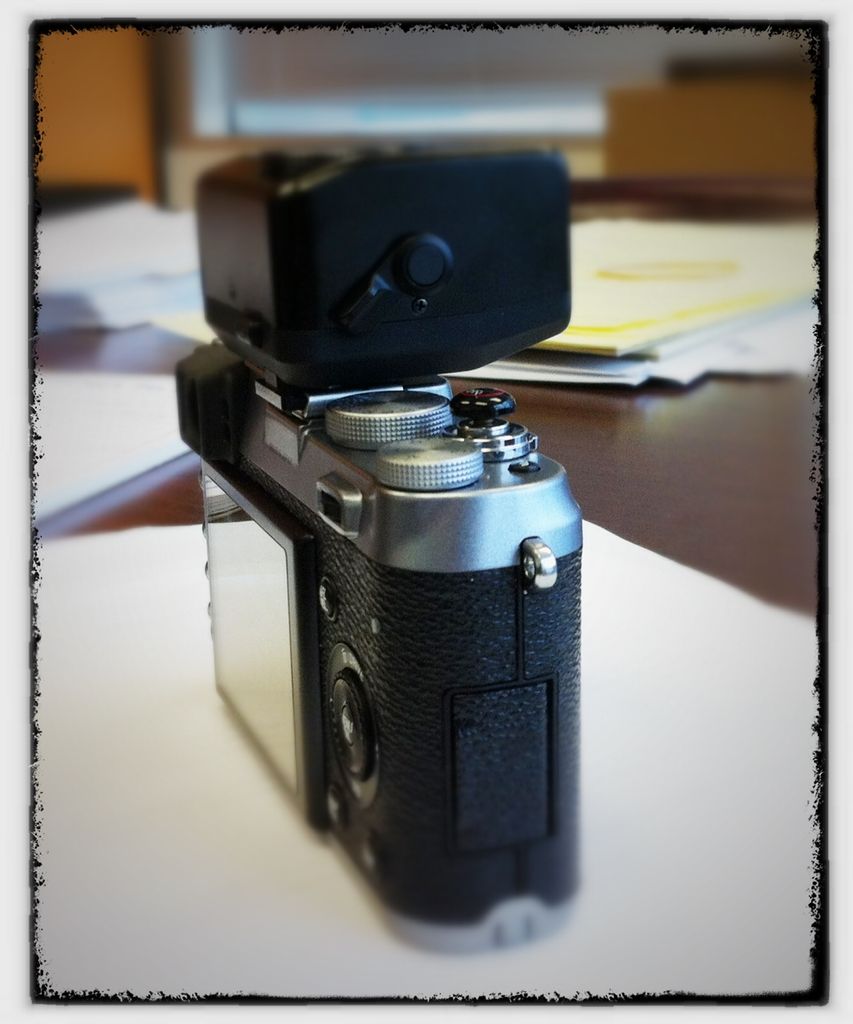 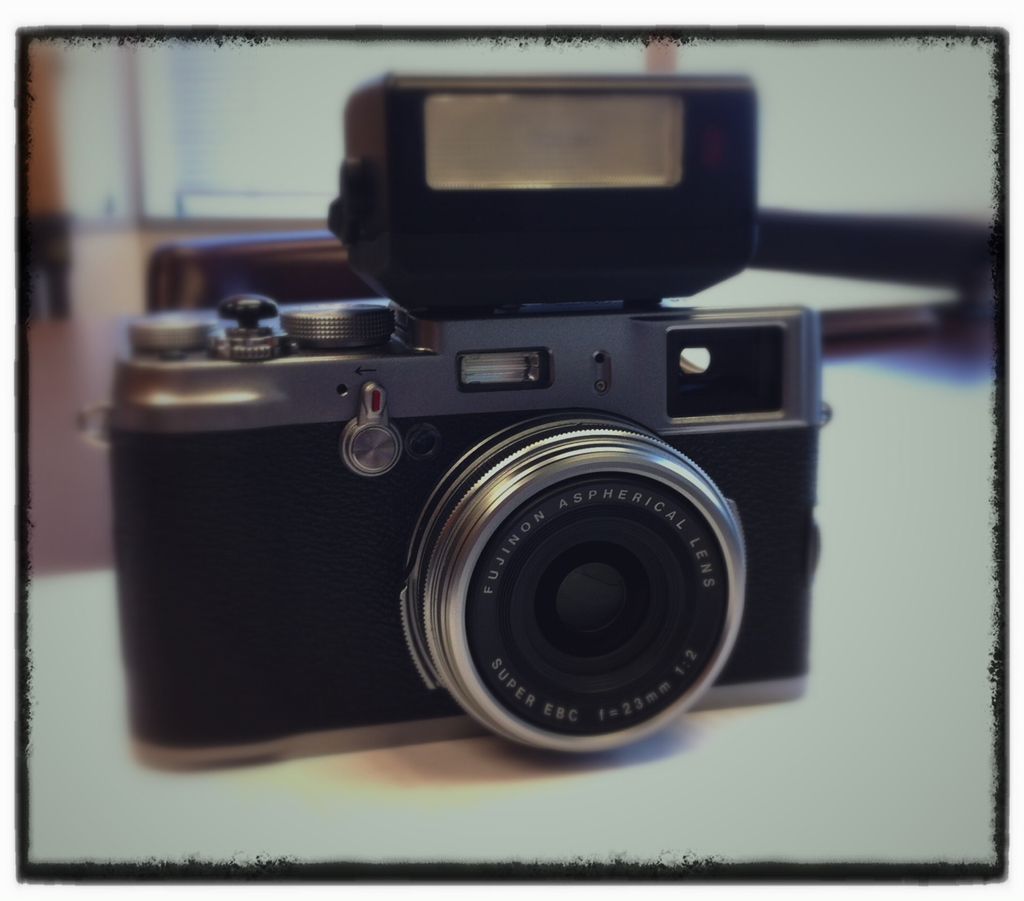 Hey, I think it looks pretty dang snazzy on that X100!

Flash of GAS could be explosive.

But are you saying that it looks snazzy just to comfort me in my pain caused the inability to score an OMD?

Armando, I just received the flash unit. Have you done any more testing with it? Or have you already returned it?

Hey Chuck! I kept the flash. But haven't used it at all. Got it to use with the XP1. Except I haven't re-gottenthe XP1 yet.

Fuji X100 in stock at Amazon