I will try. Glass plates in 9x12 are available, but 1/4 plates are going to be hard to find, I suppose.
I might try using cut-down 4x5" film with some cardboard to back it up. 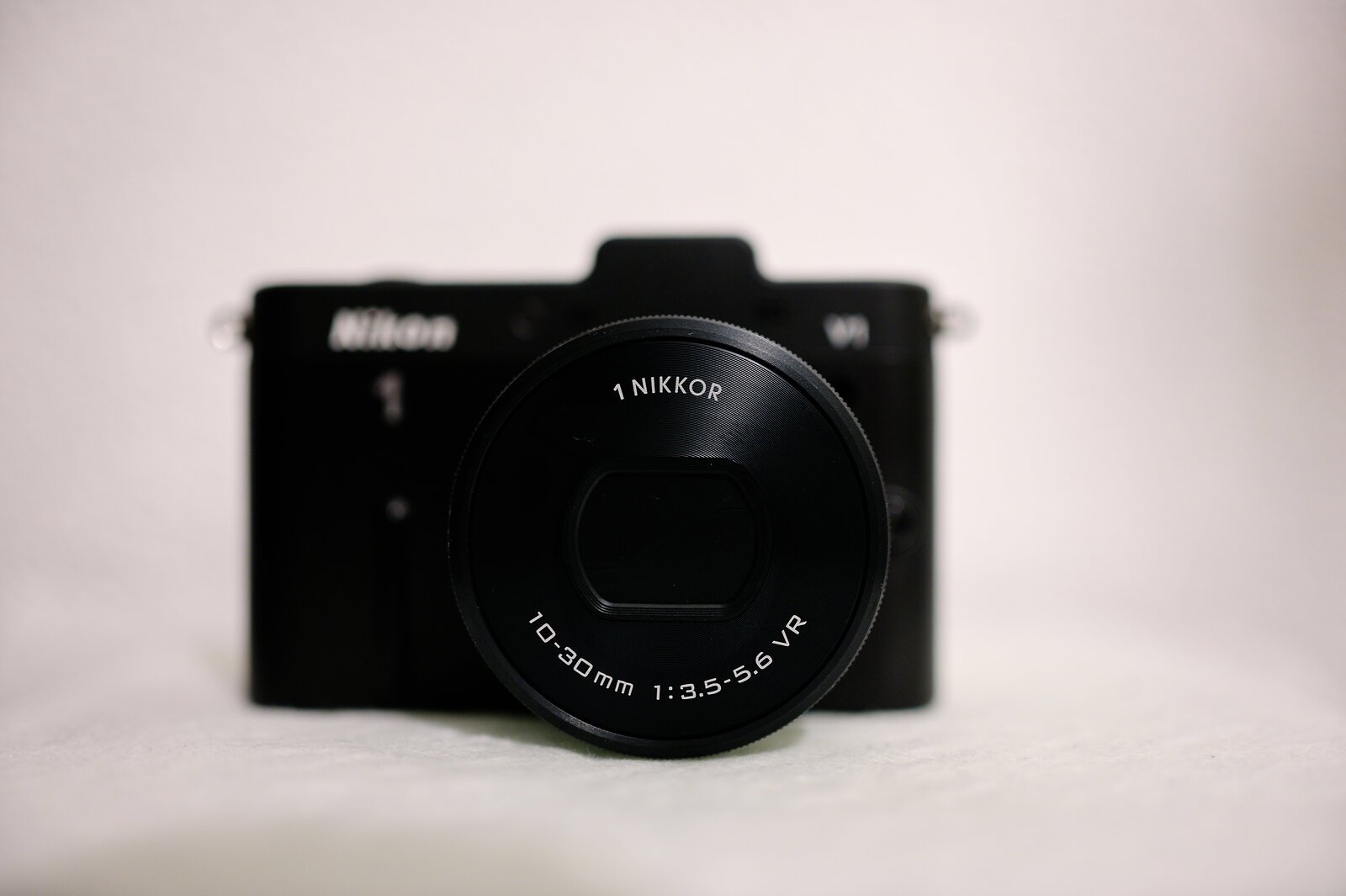 First of its kind I like, too - deploy time is super fast, as is zoom speed (it's a power zoom). Not elegant (on the contrary, decidedly pedestrian, just like me), but small and unobstrusive, pairs wonderfully with my dated, but much-loved V1 ... Next "Single in" (January!) settled

Jonathan F/2 said:
The Z5 amplifies the live view quite a bit. I compared it to the live view of my other mirrorless cameras (A9, A7III, J5 and even the D750 LV) and the Z5 was boosting the video gain in complete darkness making it look like a snowstorm. The problem though is that when shooting at night, even if there is ambient light, it'll still try to amplify the live view. My Sony bodies won't even try to do that and give more of a WYSIWYG live view keeping the dark areas dim.

I still think Olympus has the best all-around live view implementation of all mirrorless cameras.
Click to expand...

I like cameras that don't get in my way of shooting. I feel the way the Z5 handles in low light is just clunky. Even my J5 is less distracting. I know it doesn't have much to do with the sensor, because I was fine using Olympus M43 bodies with non-BSI sensors. It has more to do with how Nikon is boosting the gain. I hope they address it in firmware, because other than that the Z5 is a fine camera. I think the other issue is just how well the D750 has aged and how Nikon decided to remove features from the D780 while pricing it more than it's mirrorless counterpart. It's like Nikon doesn't want it's F-mount faithful to buy that camera and force them to go Z-mount!

Found a source of First Surface Mirrors in China that still offers them in 1.1mm thickness, and cuts them at the required size too.
Looks like I've got all the replacement parts to fix that Dallmeyer Special Press Reflex now.

This may look slightly over-indulgent ... 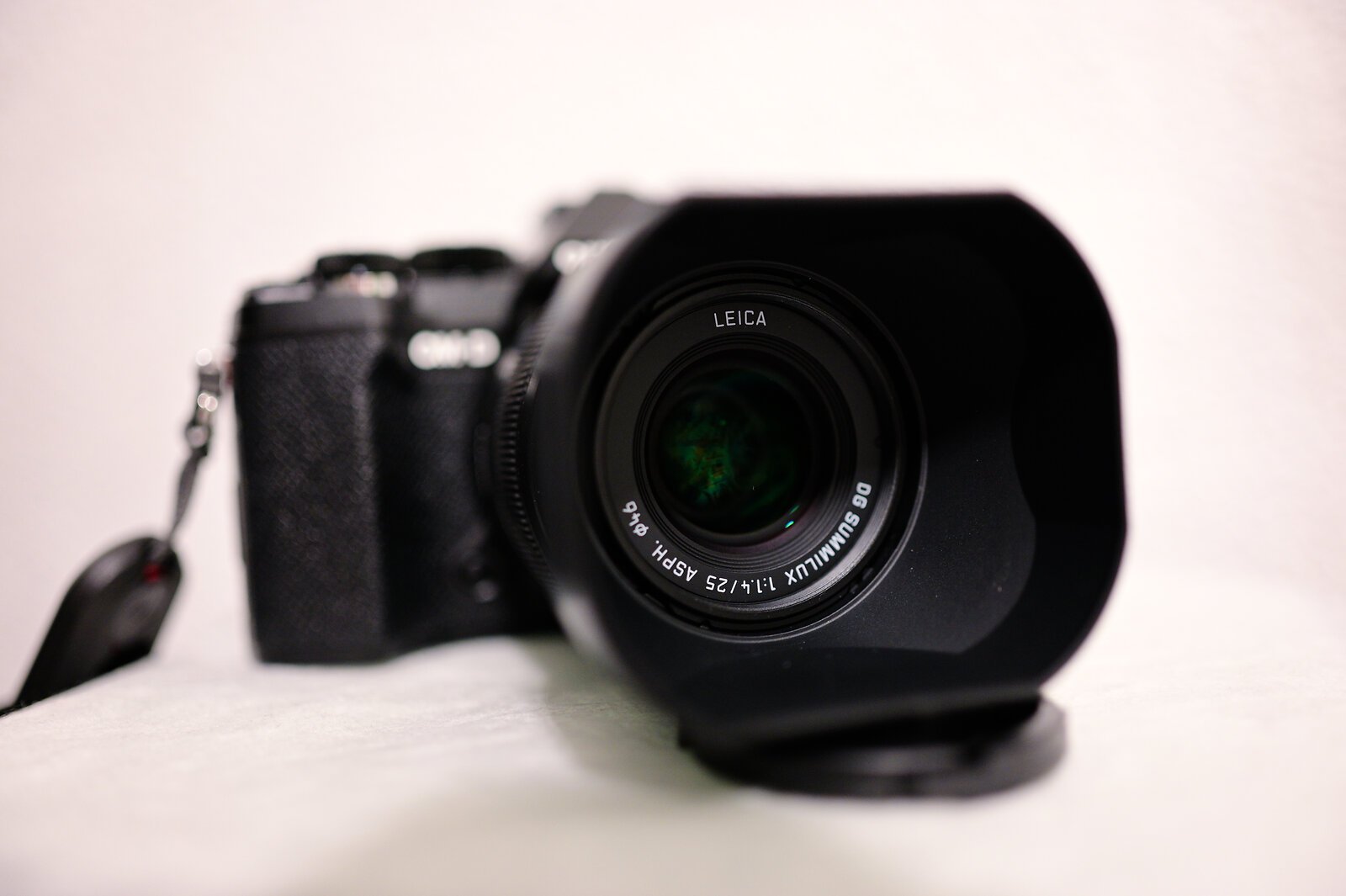 ... but I let go of four other lenses in order to justify this:
The E-M5 III is my small bad-weather camera; I wanted a fast prime for night (and winter) shooting to pair with it. As much as I love all the lenses listed, they don't qualify, so they have to go. The Panasonic 25mm f/1.4 II, while not necessarily a better lens than the Olympus 25mm f/1.8 and Sigma 30mm f/1.4, adds weather sealing to the mix - and obviously, it's a very, very good lens, too. Now that I have it on the E-M5 III, I'm actually glad I finally took this step: It's really quite compact, and AF is much better than what I expected.

In many ways, this is a major step for me.

was my main system for years, and it was seminal for my as it finally made digital photography enjoyable for me. Now the Z system has taken over for the most part (with some surprising choices, the very enjoyable 24-200mm being one of them; I'd never have thought a so-called superzoom would supersede semi-pro lenses, but this one has). I've decided to concentrate on that system - and between the Z 6 and Z 50 and the lenses doing double duty, I already have a number of very nice options. However, none packs anything near as small in such a sturdy configuration as the E-M5 III - with either one of the zooms (the 12-45mm f/4 PRO is my usual choice, the 12-40mm is better for reportage und people) or the 25mm f/1.4 II. Add the phenomenal I.B.I.S., and you still have a winning combination: bright, sharp, small, stable, versatile. I think I'm down to the final keepers for the system now as far as lenses go (the GX9's purpose is somewhat debatable, however).

The next thing will be rationalising some of the Nikon F glass, mainly the 85mm f/1.8G - the Z version is much, much better; but, as hinted at above, also the 70-200mm f/4G (that's the most unexpected development) as well as the Sony FE 55mm f/1.8 - because the Nikon Z 50mm f/1.8 clearly beats it (except for pure contrast). So, while I'm still adding the odd lens, the amount of gear in my possession is diminishing considerably - and it feels right that way. Oh, and - ceterum censeo - of course, the Sony stuff is scheduled to go as well, but I first want to know what 2021 may bring in terms of replacements for certain coveted items (again, mostly lenses). 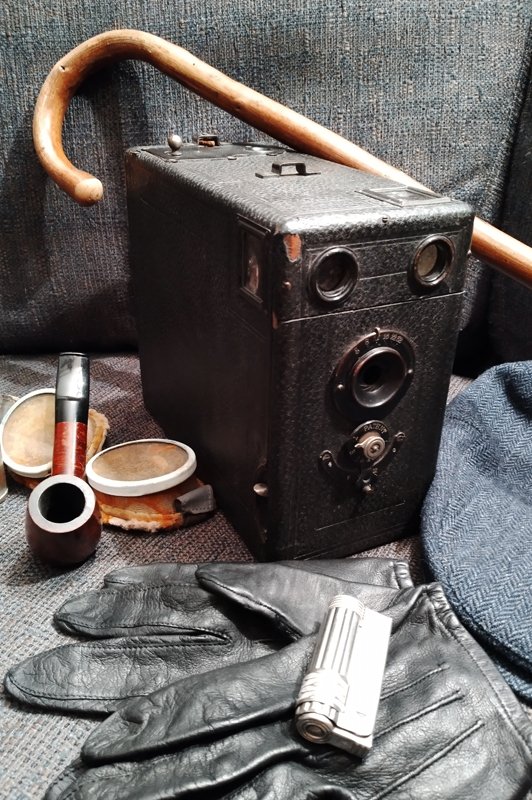 The Butcher & Son "Midg" falling plate camera arrived yesterday
Going to pull the shutter apart later today to see if I can reattached the selector lever to the disk with different close-up lenses.

The Butcher & Son "Midg" falling plate camera arrived yesterday
Going to pull the shutter apart later today to see if I can reattached the selector lever to the disk with different close-up lenses.
Click to expand...

I've disassembled the shutter yesterday and managed to reattached the 'focus' selection lever. It took a while to figure out how to get the black speed indicator dial off the front (hint: it's screw-threaded on the main shutter fly wheel axel)
I figured out what was wrong with the shutter as well. Bending a few pieces back into spec brought B/T and 1/100th back to life.
For the slower speeds I need to replace some "brake pads" that have been soaked in oil from a botched repair job by a previous owner.

The Butcher & Son "Midg" falling plate camera arrived yesterday
Going to pull the shutter apart later today to see if I can reattached the selector lever to the disk with different close-up lenses.
Click to expand...

I quit smoking 17 years ago, but I still miss my pipe.

It's a great lens. It currently serves as my wide angle because I would never have a wide prime with me. On the other end, it's just long enough to give it a little reach. The range is great for perspective control. Sure, it would be nice if it were 2.8 and the same size. Hell, it would be really nice if it were 1.4 and the same size. But f4 does make it a reasonable walk-around lens and the tele end will provide some shallow DoF. A lot of compromises but, for me at least, the result is a sweet spot.

The 12-45mm (and its bigger brother, the 12-40mm) are great bad-weather lenses; I just wanted something faster - and the 25mm f/1.4 II *is* weather sealed and a reassuringly tight fit on the mount. The lens is a pleasure to use and serves its intended purpose well - I'll use it for extend walks in the the evening as wall as in (very) dull weather; it also complements the 12-45mm perfectly.

Yes, the fact that the 30mm isn't sealed is quite a bit of a nuisance. Optically, it's certainly the equal of even the second version of the 25mm f/1.4. But I hadn't used the Panasonic for any considerable length of time before - its size is a perfect fit, whereas the Sigma feels just a little bulky (though not too heavy). The new combo fits into my bag perfectly, hood attached (very important in the rain). Case closed.

If I had to name an optical property of the Panasonic I don't like, it's visible CA - Olympus bodies don't correct for optical issues of Panasonic lenses (an oversight on the part of the

consortium ...). But it's not too bad - you just have to take a closer look at the images during post ...

Very fast Chinese delivery. I was expecting to get my $20 L bracket handle in January. 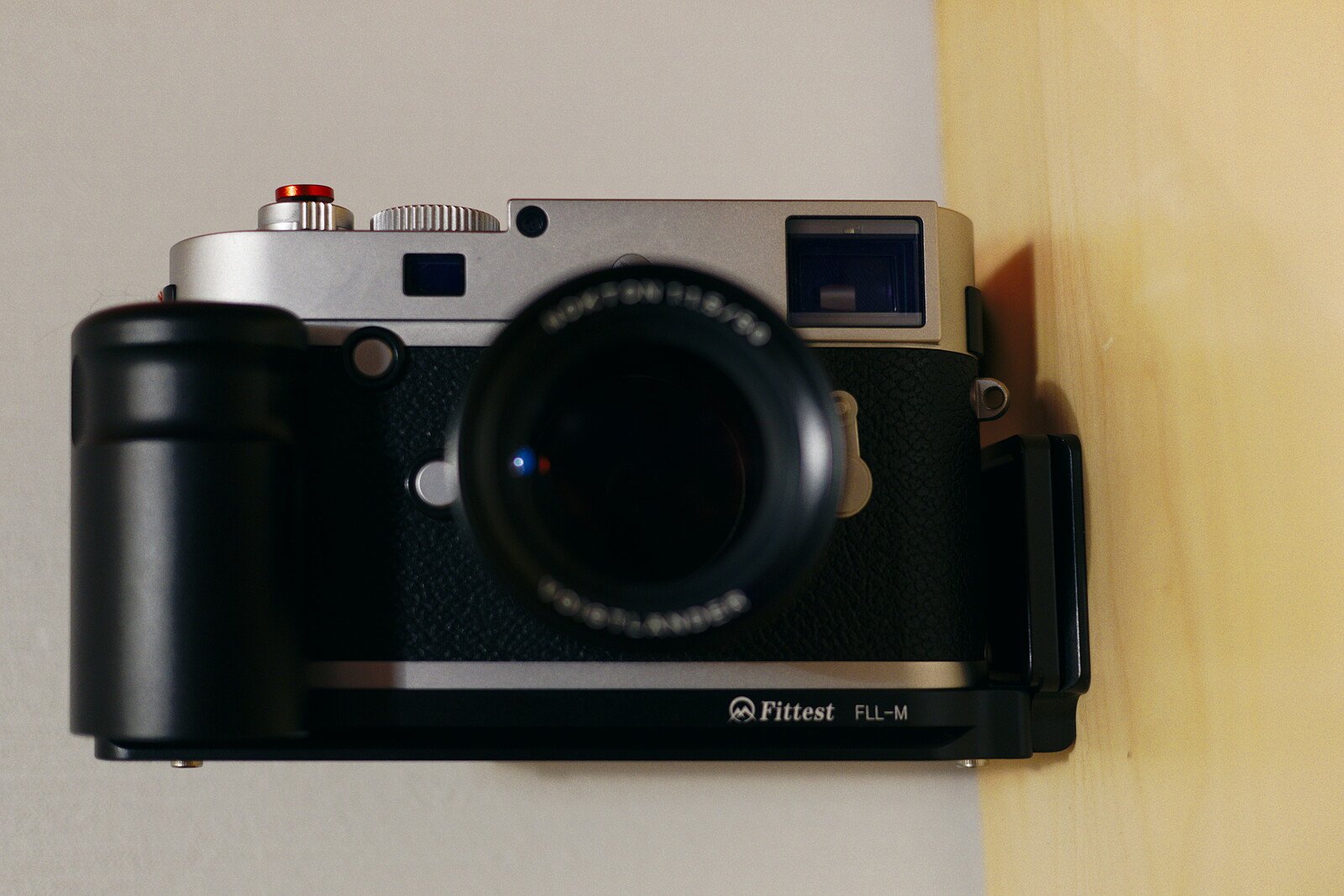 With a little nudge from my flashy friend @Bobby Tingle, I found a very nicely priced local V-flat.
Studio in a bag!
Can't wait to put it in action.

mnhoj said:
With a little nudge from my flashy friend @Bobby Tingle
Click to expand...

This had me cracking up


Looking forward to seeing your work with the V Flat. 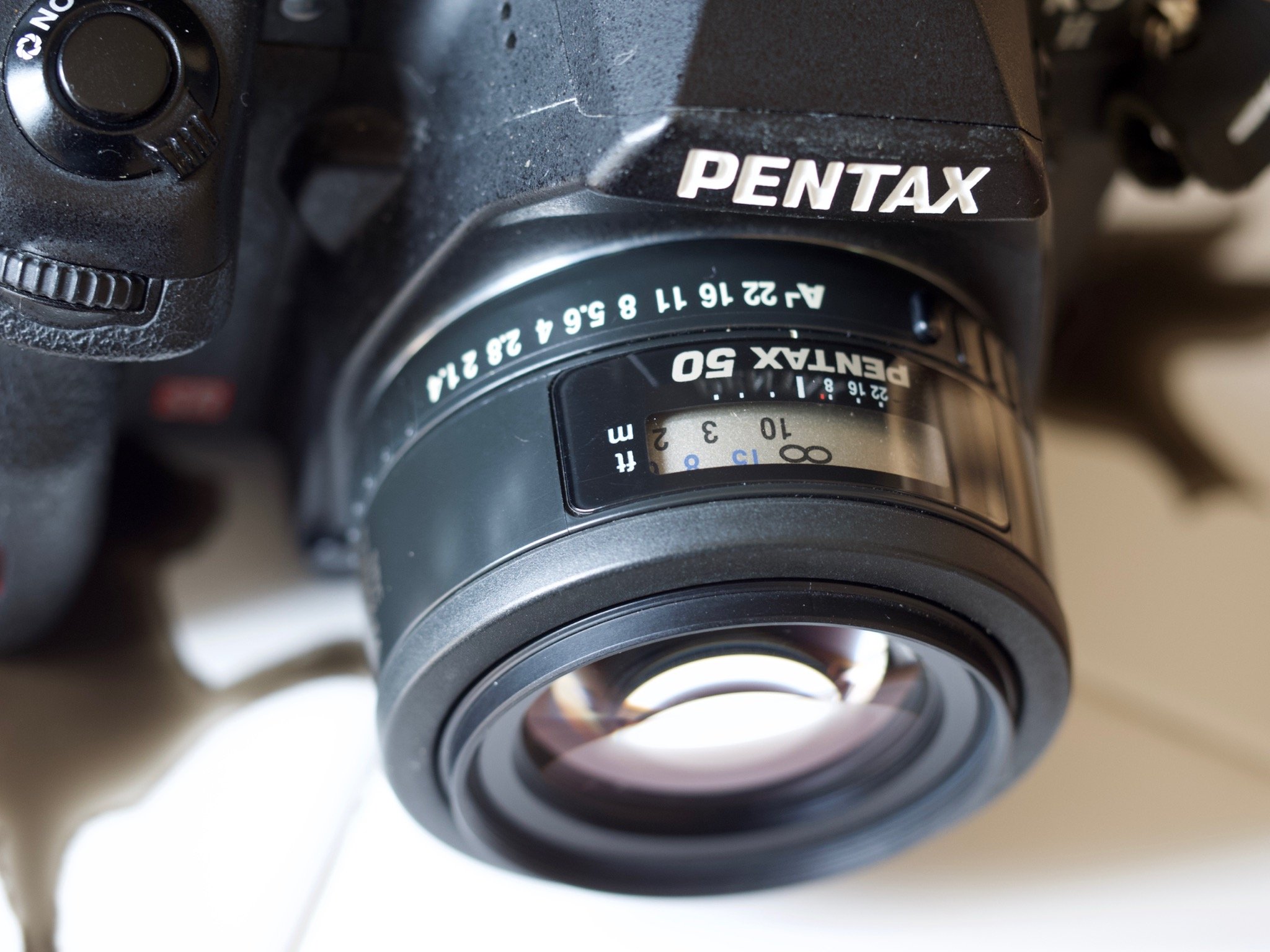 I had that lens forever. My favorite for film, but not so much for the APS-C crop. Oddly, I never bought its 35 mm counterpart.