Gear as an excuse

Hi there everyone, long time no see.
As the forum Elders might imagine, real life issues can be an ostruction to ones picture taking, both in good and bad ways - and I've had both of those - add to it a decent smartphone and most of my pics went that way - with some burts of camera activity almost always processed on mobile via the lovely LR mobile app (one doesn't just pay the Adobe CC tax only to affix the receipt as a car bumper sticker saying I used to be serious about my pics you know).

So here I am, having completed a larger task on the job (hectic as everyones these days), doing what I love, that is ponder.

I shouldn't think of gear, as I'm using mine so little, the voice says.
Actually, it doesn't. It says something along, hey there, you know what you need, A is asking to shoot some real estate for her, S needs new pics of her for home and facebook, and of course there is your dearest, a sweetest softest portrait lens should fit her just right. And you always wanted to shoot wideangle, foveon, monochrome, whatever.

So please do imagine that I didn't look at gear after buying my OM-D e-M10 (mark I that is), that I mostly play with the lumix 20mm and the Oly45mm, and love my old hexanons and sweet manual samyang fisheye.
What happended while I wasn't looking?
What would you do if you were me? 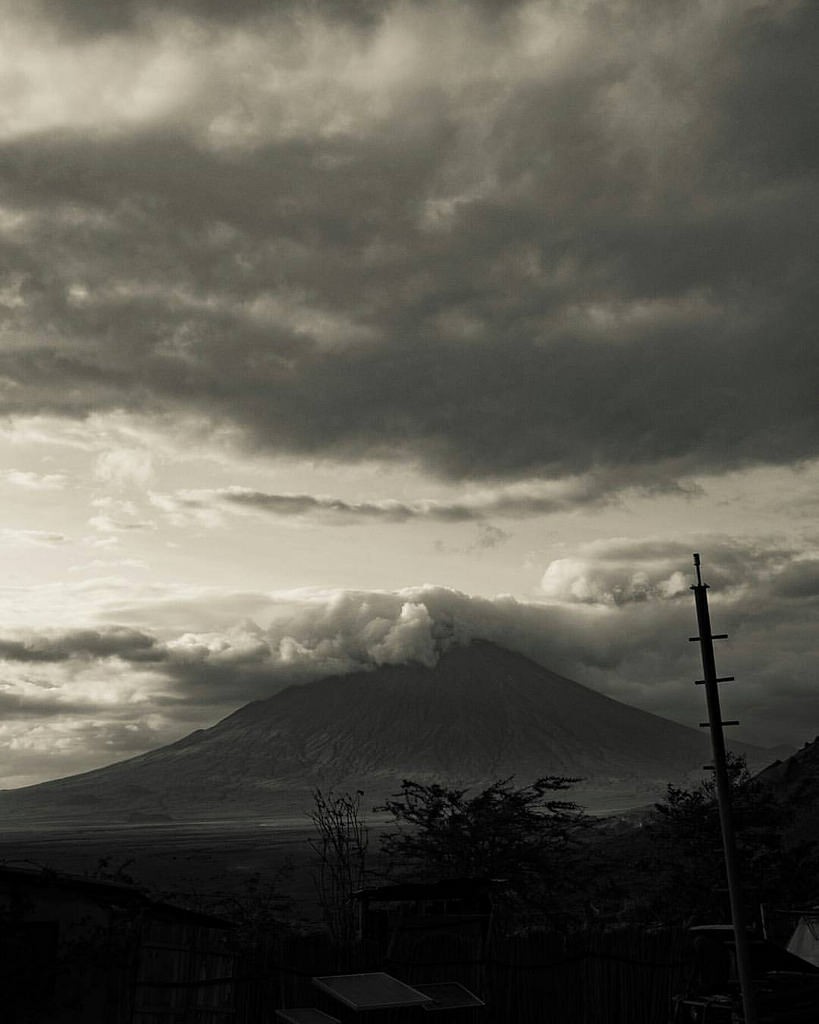 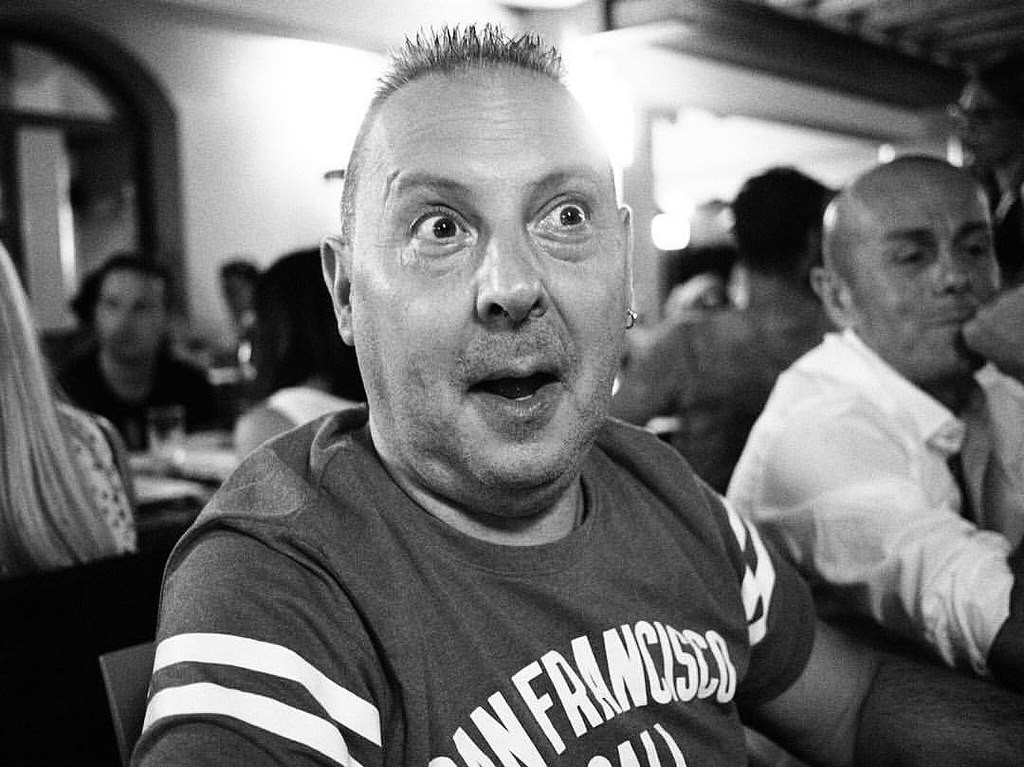 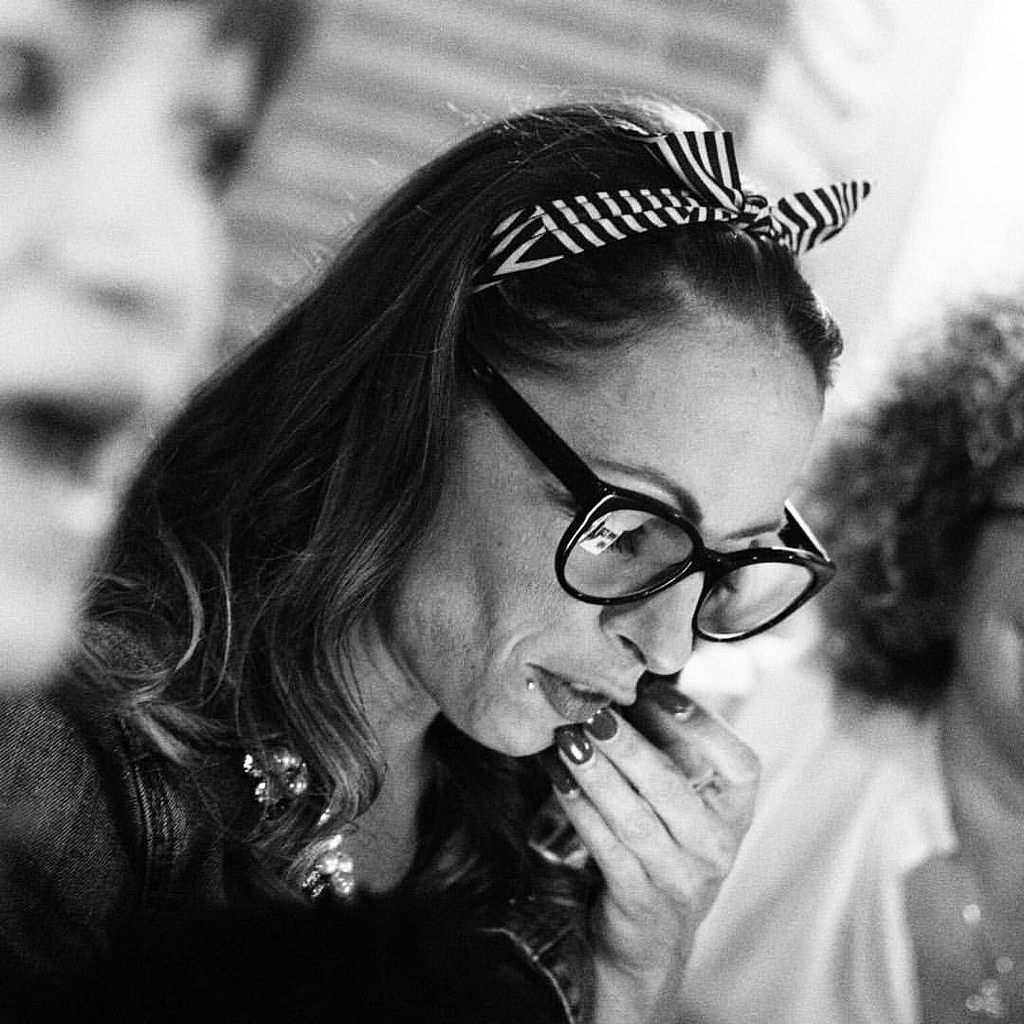 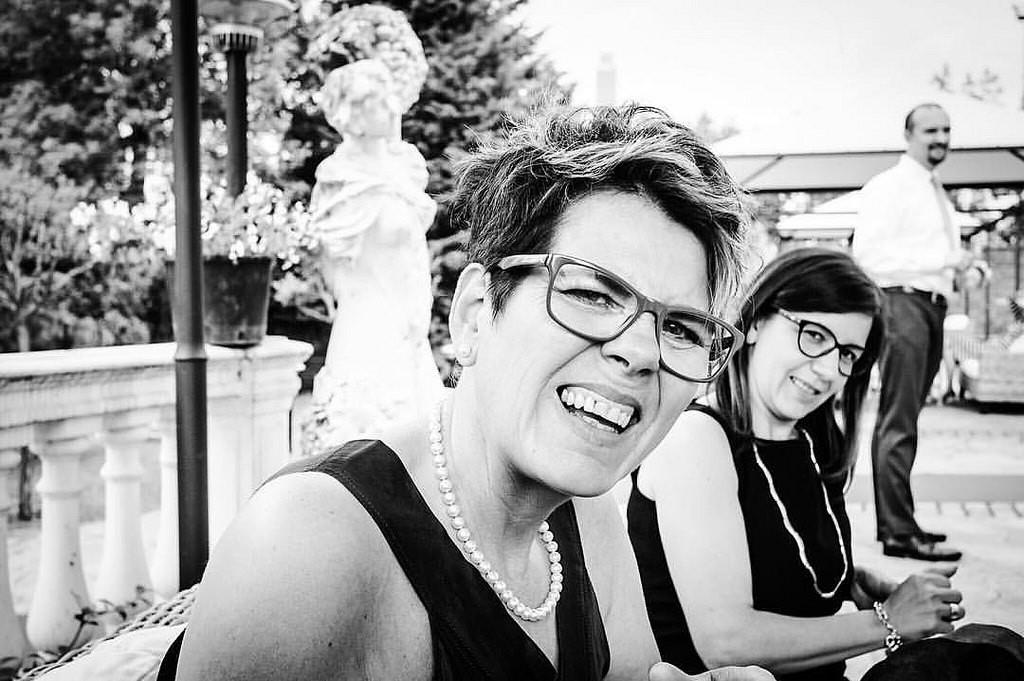 I am eternally one lens and one body away from photographic greatness.

Good to see you again, Alf. I have always enjoyed your photos (and I've always thought you were particularly good "seeing" with that Oly 45mm). I understand the nagging gear urges. I would only cave into them if the gear allows you to do something that you can't already do with the great gear you already have.

Luke's right: The best way to find out if you *need* anything is to shoot the hell out of your existing gear and see if you miss some options - at least that'd be the sensible approach I find myself totally unable of keeping up

Beyond the relative safety on the shores of "need", however, lie the oceans of "want" and the depths of "experimentation" ... Aren't we lucky to be able to turn all those petty doubts and desires into a longterm "passion for gear" - without having to fear any real consequences?

The 20mm Lumix lens is pretty much one of the all-time greats, in my unbalanced opinion. Ditto for the Samyang fisheye. And though I've never shot with the Oly 45, I have the relatively recently introduced Panasonic clone of the same, a 42.5mm lens, which is a wonderful photographic tool. What more could a person want?

Well....the only other lens and/or camera/lens combination I can think of, which has truly appealed to me over the past few years, has been a 28mm equivalent. With your Olympus, you could simply add the timeless, perennial, and I think always underrated 14mm Lumix pancake which is, simply, a great lens (and great FOV). Or, depending on your inclination, budget, and foolishness, you might consider buying either a Ricoh GR or a Nikon Coolpix A, both of which are astoundingly capable APS-C compacts with ridiculously great 28mm equivalent lenses. I imagine the relatively recent Fujifilm X70, also a high quality APSC fixed-lens (28mm equivalent) compact would be cool too, though you won't find it at prices anywhere near as (low/reasonable/attractive) as the Coolpix or, occasionally, some GR's.

Apart from that...who can say?

I'm answering your question before I read the other posts. I like two distinct activities:

These two activities affect each other but they are ultimately distinct and one does not imply the other. I do both because I can afford them and do enjoy them, but I try to remember that the relation between them is not always clear. However, sometimes a new lens revives my interest in shooting because I have the extra enjoyment of using it. In addition, setting up and using a new camera can make me think about my current photographic habits and what I should be changing. If you are hitting a dry period, then it's hard to use you current activity to decide on what would work best for you.
Last edited: Aug 18, 2016

Good to hear from you Alf - many of us have been/still are at this point.

Let's say I don't listen to the voice saying to go full esoteric and I don't buy a dp0 and become the first to do Street shooting and available darkness photography using it (or the sd quattro, even more esoteric with its 300MB raw files ).

What is the opinion about which lens should go on it?

As we are talking gear both IQ and camera looks are important....

The PEN-F is an impressive and handsome camera; I myself opted for the Panasonic GX80/85, though - most of the goodness, none of the silliness for me as a RAW shooter. Of course, the PEN-F is the better camera in most regards - except value. Crucially for me, the GX80 feels really nice and secure in the hand with no redundant bits and bobs sticking out, and it is very responsive indeed, so a great tool for EDC, stroll and street photography. But again, there''s nothing wrong with choosing the PEN-F if you don't mind the price ...

As for lenses, I still consider the 12-40mm the most desirable lens for

, even though some of the available primes are works of art and make my heart go faster. The 12-40mm, however, is a fantastic workhorse, very well executed and very, very competent; it's one of the best zooms in its category for any system, period. But it's also comparatively(!) bulky and heavy, so I don't know if it feels comfortable on the PEN-F; I would really try to handle the combo and reflect on the impressions before buying. The lens *does* feel manageable on the GX80, by the way, making that body the first RF style camera I'd use the lens on without an additional grip. As it is, the 12-40mm lives on the E-M10 with ECG-1 installed for superior handling.

Regarding the other lenses you mention: I've never used the 9-18mm, so I can't comment, but I am a bit wary about the 12mm as well - it's not a bad lens at all, just a little expensive and somewhat underwhelming compared to other offerings. The 15mm is the most intriguing of the wide primes in my book because it's also very compact, but the new Panasonic 12mm f/1.4 reeks of greatness and would make a fantastic pair with the Panasonic 42.5mm f/1.2 in the long run. But lenses of that type clash with the slick gestalt of the PEN-F to a certain extend ...

The 20mm is a good lens (one of my all-time favourites), but it has its issues - thankfully, they're not related to optics, just to AF and low light work. For a pancake, it's still one of the best out there, again for any system. But the available 25mm lenses are all at least as good as the 20mm, and the Panasonic 25mm f/1.7 is actually a better deal because it's cheap and cheerful, performs well and has up-to-date electronics. The Olympus 25mm is a gem, too, and my personal choice - small and light, yet optically superb. Lastly, don't write off the Olympus 17mm f/1.8 - it's a gorgeous lens with solid, if not great optics that'll look and work a treat on the PEN-F (or the GX80 ).

the PenF is a beautiful camera and if you desire a beautiful new camera to have a companion, I think it's a great choice. And to me, the 12-40 is so good, you may nearly forget about those wonderful prime lenses you have. That would be my choice.

I look at the photos that you posted in this thread and imagine that the 12-40 could have taken them. You might have needed to push the ISO one stop vs. a fast prime but that would likely not impact your high contrast BW style too much.

Your DOF would be affected a little but again I'm not sure that it would impact your photojournalist style all that much.

Wake up, it's past midday. Let's have breakfast Over There.

So we hop on the little train and there we are, a walk, a little ogling in the Leica boutique window, and then back. 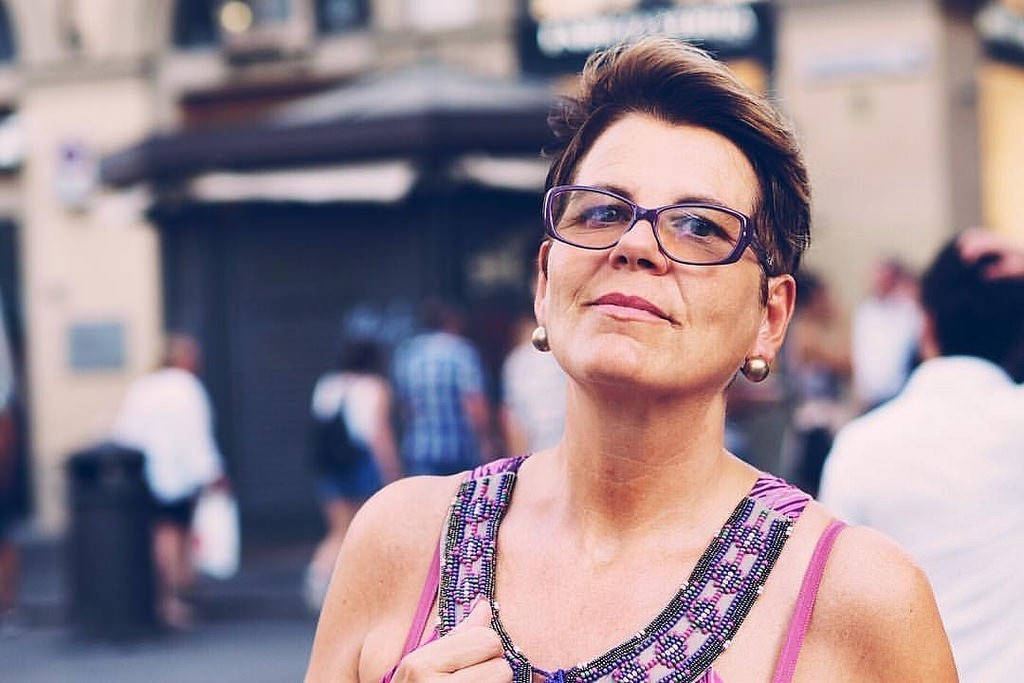 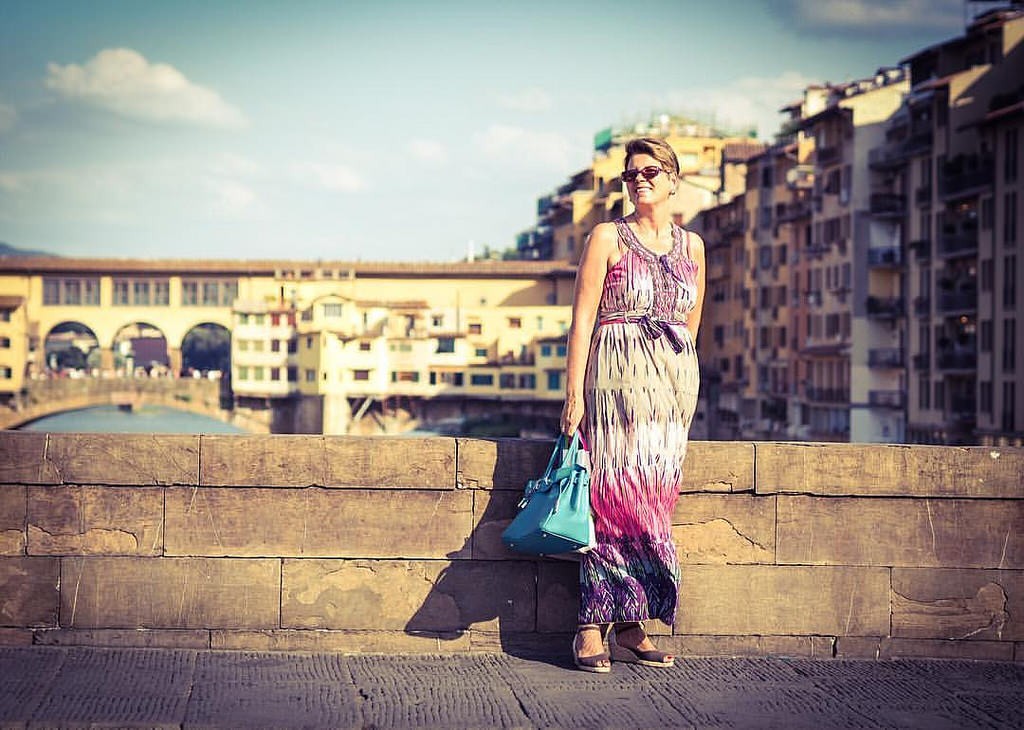 drd1135 said:
2. Using finely made devices such as lenses and cameras.
Click to expand...

This is certainly the appeal of the PenF. A jewel like camera.

For a zoom I really think the 12-35 is a better bet for the smaller ie non-E-M1/GH4 etc bodies. It is sharper in the center than the 12-40 and better balanced, IMO.