Ricoh has lots of experience making cameras waterproof... The one thing i'd love for this camera to have that it doesn't, is waterproofing. Apart from that, this really does look like a fantastic street and travel and everyday camera. If it weren't for me slowly starting to prefer longer focal lengths (as in, 35-50mm equivalent) over wider ones, this'd be right on top of my Want list...
H

I have just seen these photo's taken at Photokina
Ricoh GR III Review - Hands On | Photography Blog
Not too impressed with the lack of / change of controls on the back and there is no longer a Tav mode from the look of it. Not quite sure what to make of it to be honest. It also seems that some of the effects have gone.
R

Having now seen the back side and the loss of the exposure comp rocker switch. I probably won't be buying the new GR.

I wonder if that is just a "mock-up". I can't believe they would lose the exp. comp rocker....and TAV on the mode selector. Something seems strange there.

Ripleysbaby said:
Having now seen the back side and the loss of the exposure comp rocker switch. I probably won't be buying the new GR.
Click to expand...

Even though I wasn't really in the market for this camera, I somewhat concur; I was worried about what the smaller body would do to the control layout - and it turns out I was right to be. This looks like another camera that has been touchscreened to fumblicity ...

However, let's not jump to conclusions too quickly, we'll see and read more soon enough. There is in fact an additional control dial around the d-pad - though, somewhat sadly, a FN button where AEL/AFL||C-AF was ...

But anyway, I'd hit the Play button countless times in that spot, and the click/switch control still isn't a dial ... Lots of missed opportunities, in my book.

Looks like I wont be getting it either. I'll either stick with Fuji or look for a GR II

Dang, Bill. I’ve been waiting eagerly for your comments on this and I get an emoji? I’m devastated.

Luke said:
well, at least one can turn off the touchscreen (I hope)
Click to expand...

The III appears to be thinner than the II, so no harm just not using the flippy screen either. Although, I admit that the pictures on the photoblog website don’t look like flip screen.

Yes, that's clearly visible on the images on PhotographyBlog and ePhotozine I've seen ...

The function of the exposure rocker seems to be taken over by the ADJ toggle that has always been there, and there's also a scroll wheel around the function buttons. I'm still optimistic that the designers know what they are doing. 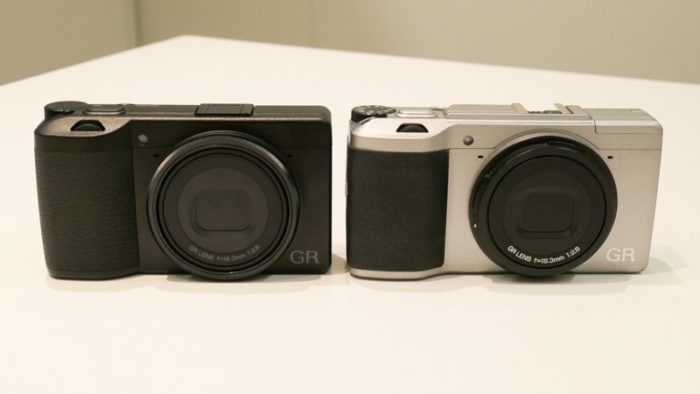 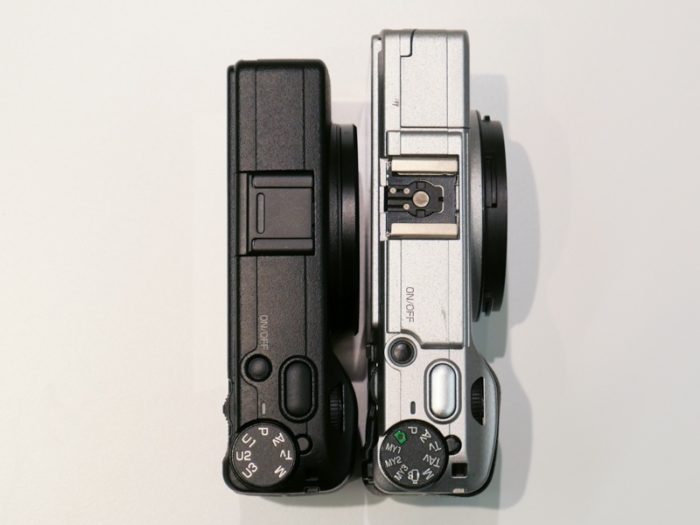 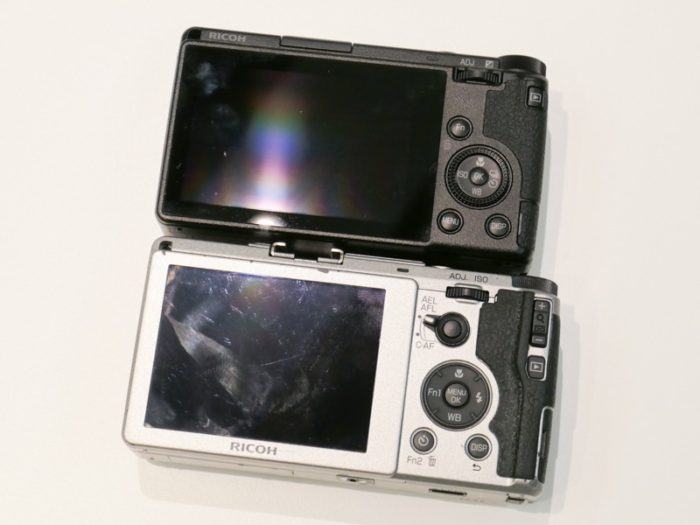 "- The number of constituent lenses is decreasing by one. What are the merits?

Noguchi: The mechanism of the sensor shift mechanism "SR" of the PENTAX single lens reflex camera is big, and how to put it in the GR was an issue. As the thickness increases with conventional lenses, we designed the lens for the body size that seems to be GR. The number of constituting optical systems has decreased by 1. This makes the lens unit lighter, and it also has the advantage of speed of AF driving.

In addition to the highest priority image quality design, a macro mode is newly installed. When GR became an APS - C sensor, since the shortest shooting distance was 10 cm in front of the lens, there was a voice that it could not be compared with the previous 1 cm, so in GR III, it is called "super macro mode", 6 to 12 cm The mode which can shoot in range is installed.

The shortest shooting distance of 6 cm in front of the lens is decided by the balance with the main body size, but it is roughly the same distance as adding the macro conversion lens "GM - 1" to GR and GR II for calculation. In GR III, it is an image that makes it possible to get to the camera alone."
Last edited: Sep 27, 2018

Another link from Mirrorless Rumors at Photokina with similar photos and some interesting comments.

Take THIS with a grain of salt since it is from the comments section.....

"The only way to move the focus points is to touch the screen."

I'm also generally opposed to using flash in my own photography, but I think leaving a flash off the camera altogether seems a bit rash.

I think they have made the camera worse in more ways than they have improved it.

Losing TAv mode might simply be Ricoh deciding to allow AutoISO in M mode. Saves space on the dial and it doesn't change the functionality.

It looks very good to me, I just hope they managed to put in PixelShift as well that would be awesome!

The key to this new model for me is going to be whether the sensor has the “special sauce” as it’s often referred to by seasoned owners. Doesn’t look promising based on what’s been delivered so far but it’s early days.
Last edited: Sep 27, 2018

I'm so disappointed by this I cannot type...

I am genuinely curious to know what in particular is upsetting about the GR iii.

to me (and to varying degrees of "I just don't like it"), loss of the built-in flash, loss of the exposure comp rocker switch, loss of TAV mode (and it looks some other modes got axed, too....but they weren't ones that I use) are the principal beefs.

But if it's true that the only way to move the focus point is via the touch screen....to me, that is just heinous. If they need to add touchscreen stuff to lure people in, it should be an add-on, NOT to replace a button function that established users (CUSTOMERS) enjoy.

I also dislike the spinny wheel instead of a d-pad (sorry for the no-technical terms).

And I understand that most everyone here thinks smaller cameras are somehow better.....for me they're not. I alrerady think the GR II is a little smaller than I would like. Making it slightly smaller does not make it better in any practical way.....it's still bigger than anything I want to put into a pocket, so why bother.

Listen, a few things they added are nice....and appreciated. But none of them were NEEDED.....maybe the dust removal shake thing was needed since the GR is a vacuum. More mega pickles are nice.....but I can still use a 6MP camera and get good shots. So it's nice but not needed. Same for improved AF...nice, but I've never needed it.

But to be clear....it is just a camera. And there'll be a dozen better ones in a couple years anyways. So I won't lose sleep over it. I just had high hopes and expected Ricoh to make sensible upgrades, not strip away functions.